Need to convince the kids Santa is real, but don’t want to go near a shopping centre? The DualVerse app “Video Call Santa” can help keep Santa alive.

With COVID numbers back on the rise, we’re steering clear of shopping centres and malls, as the little ones are unable to be vaccinated. That means we’re cancelling pictures a metre from Santa and browsing for Chrissie presents online.

But that doesn’t mean the story of Santa has to go. We want him to stick around, and while we’ll probably let the young ones stay up and track Santa until they fall asleep on Christmas Eve, there are other ways they can talk to the man in red that don’t involve standing in line at the mall, and even stay on the “nice” list.

What is Video Call Santa?

One of the many, many Santa-related apps available on iOS and Android, DualVerse’s Video Call Santa is a fake video call service that uses a combination of Santa videos, messages, and names to compose a handy little video call service to get the man in red to call your kids.

It’s a freemium app in that you can get it free, but if you want to do any of the cool things, such as have Santa address your child by name or pick a different message for them to speak, or even save one of the videos out to share to family members, you need to pay for it. A name is under two bucks, while the Santa message episodes can be purchased individually or in a bundle, helping to bring more of what Santa says to light.

You as the parent can go in under the parents mode and set everything up, picking the name Santa will address, whether you’ll get the American or English Santa, and the episode you want, and then you can dial into Santa, have Santa call you, or reserve a time for the app to make a simulated call and have Santa call up.

We found that last one particularly fun, making it possible for Santa to keep an eye on the little one while you’re nowhere near your phone.

For instance, if your child isn’t eating their veggies, you can get up an episode for that and time it for a minute or two from after setup, leave the phone on the table, and watch as Santa calls about that very issue.

When your kids pick up, Video Call Santa will combine the name and episodes into the one thing, and make it seem close to seamless, even the video of Santa talking doesn’t quite line up as well. Your kids won’t pay any attention, mind you, and will likely just be focused on Santa talking to them, which is entirely the point. There’s even an episode in there for not believing in Santa, just in case you need to keep that story going for another year. 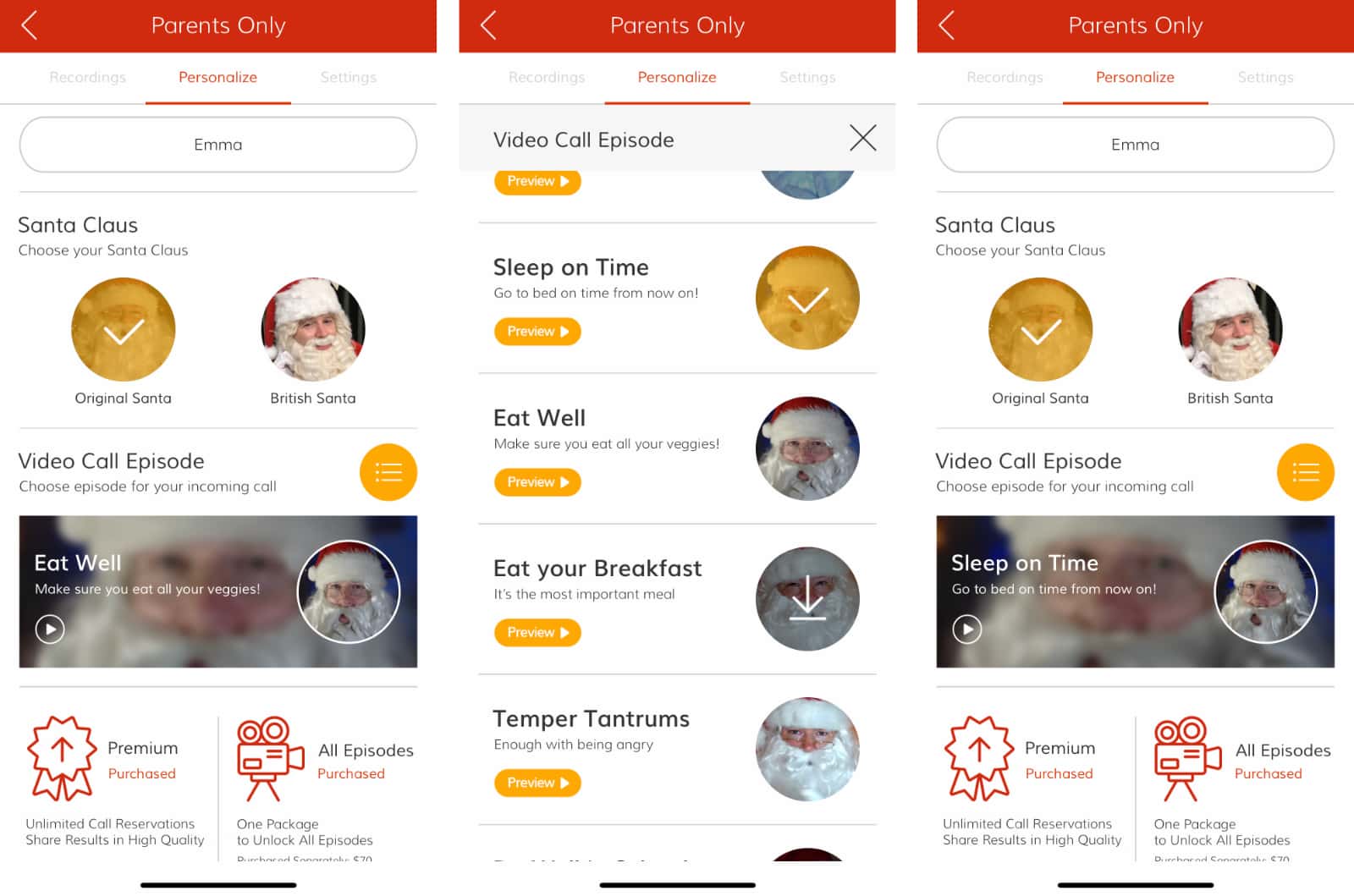 While Video Call Santa has replaced our need to see Santa in person — handy given the metre of distance the real-life Santa photos requires at the moment — we’d love it if there was an Australian Santa, not just the typical American or English one. Both are available here, which is something, but we’d love a local one, given we’re living in Australia.

We’d also love to see the system wait a little more time for the kids to answer, but DualVerse has had the Santa actors basically say “could you speak up”, which can help make up for any timing issues. Phone call drop outs are things that happen, especially given Santa is calling from the North Pole, you know.

For the almost $13 we’ve spent on Video Call Santa, it may well be one of the best holiday spends we’ve had yet.

After spending $9.99 on every episode, under two bucks for a child’s name or a little more for a bundle, and $2.99 on the premium version that lets us export the video files in high quality, we found Video Call Santa is easily worth the admission price, providing a phone call version of Santa that convinces the little one.

It may well be the best $15 we’ve spent on Christmas… ever. 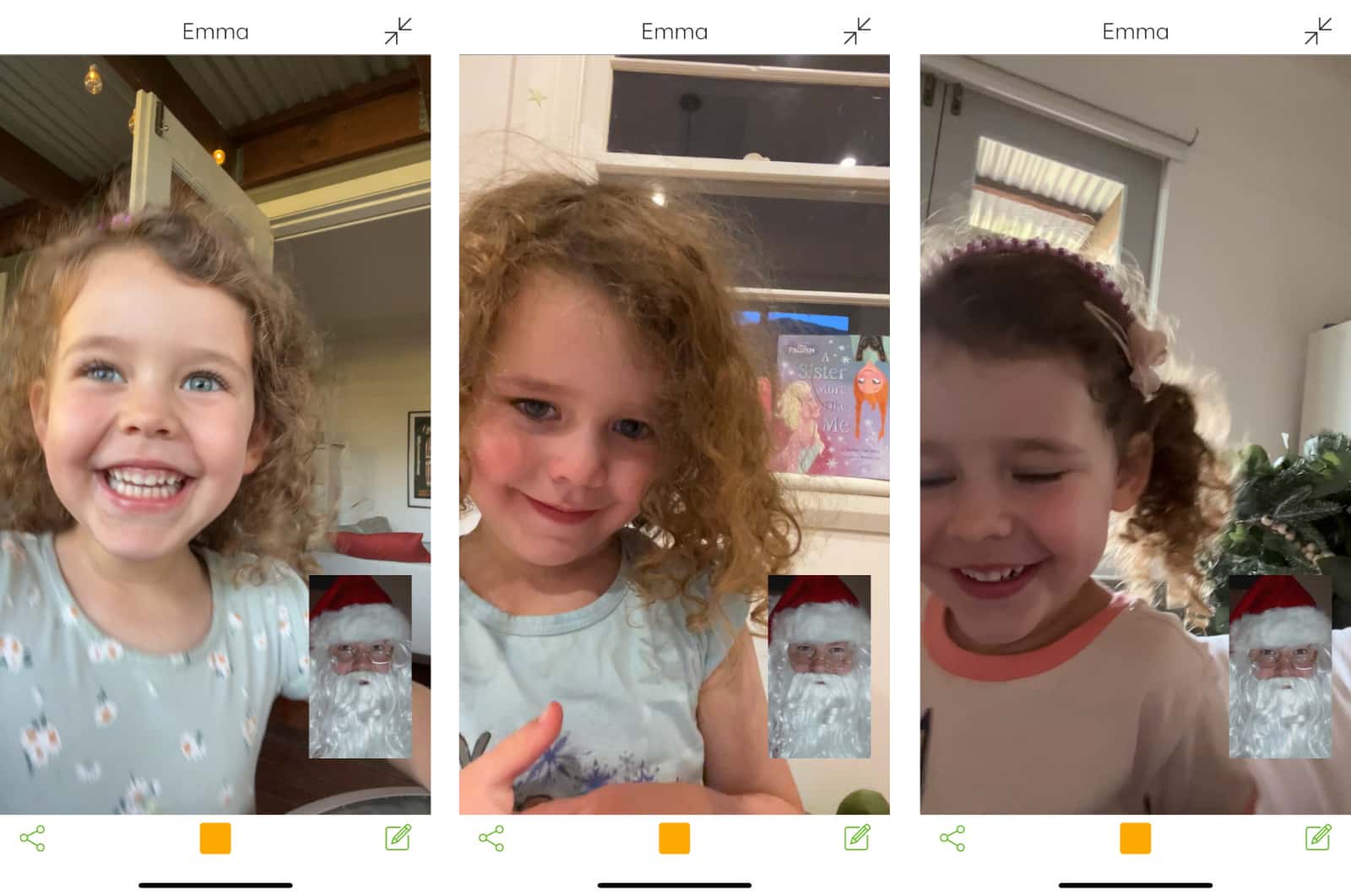 What we love about Video Call Santa is just how simple the whole thing is, and how solid the pay-off is. Getting Santa to call the kids has never been this easy. It’s helping keep the legend alive and a joy to see your kids react to.

The fact that it costs a bit of money might be the one thing to throw people, especially living in the freemium world we have. Free apps are so normal that it’s all too easy to think this should be free with it. But for the little we’ve paid, there’s the peace of mind that our child can still see Santa and get an almost more personal experience all from mum and dad’s phone. Recommended. 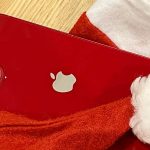 DualVerse Video Call Santa
The good
Great replacement for Santa photos
Easy to use
Can change the names Santa calls out
Can "schedule" calls to make them seem random
Several message themes to choose from
While it can get pricey, being able to save videos is worth it
The not-so-good
Doesn't always wait for your kids to respond
No Aussie Santa
4.3