Laptops that look silver and the same are normal, but the Lenovo Yoga Slim 7i Carbon offers something else. Is it worth your money?

Finding a lightweight laptop isn’t hard these days, but they might look the same. Shiny and silver and slim and svelte, you can probably guess the computer and brand manufacturers are regularly inspired by when they build their notebook ideas into reality.

But Lenovo is trying something a little different, and in the Yoga Slim 7i Carbon, it’s going for a colour and shade rarely seen on laptops, and making it lightweight to match. 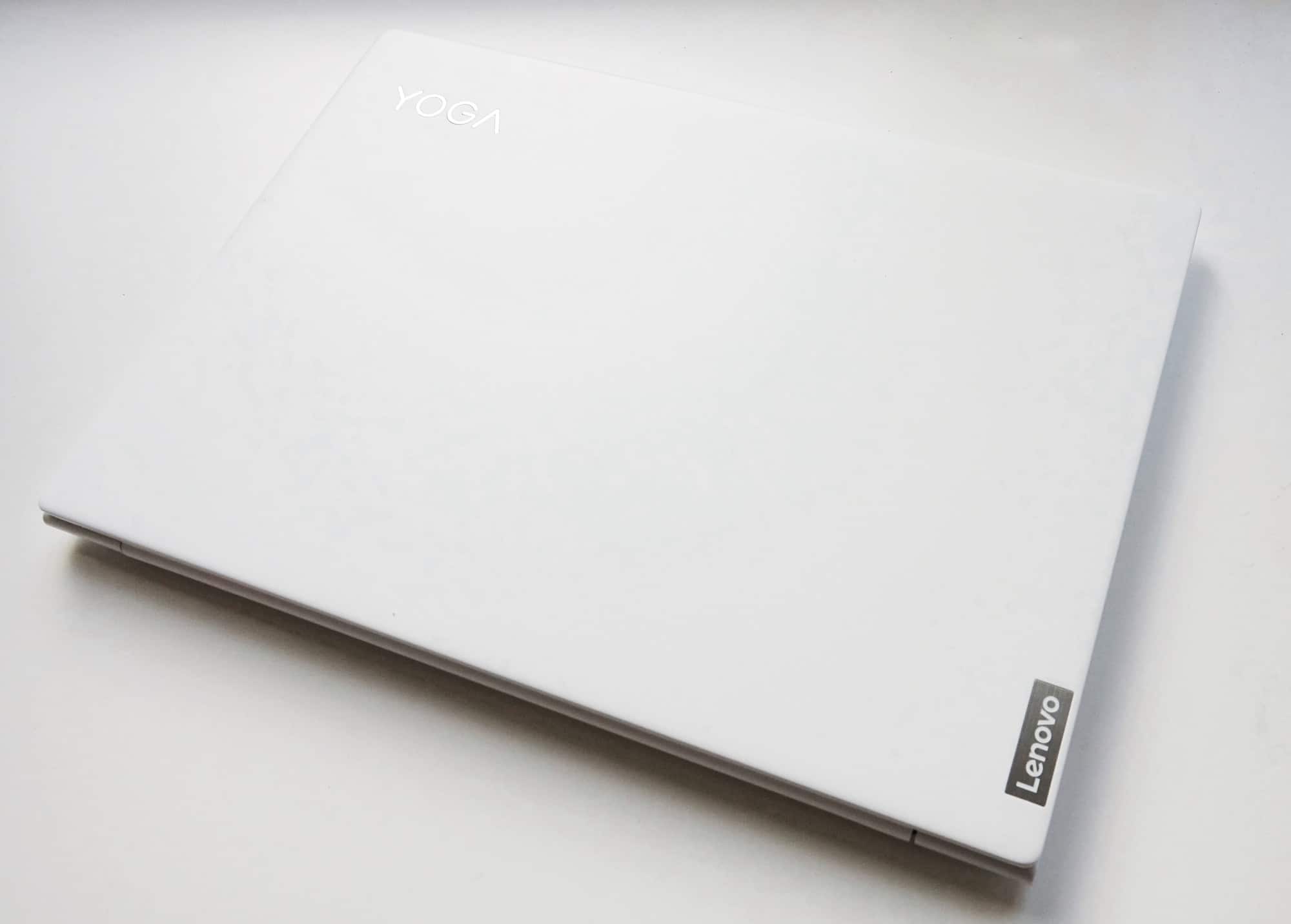 While silver is a common look, white is fairly unusual these days, and yet that’s exactly what you can expect to find here, with the silver touches being the accents of the branding: Lenovo and Yoga are your flourishes of silver, where as everything else is just white.

Light and white, even, because this laptop gets both of those design aspects thrown in, with a plastic and carbon-fibre approach that comes into a laptop measuring roughly 1.5cm thin and weighing under a kilo. In fact at 966 grams, the Slim 7i Carbon is barely noticeable.

Easily one of the lightest laptops around, this computer stand out by throwing hardware you’ll want to carry with you on a diet, and it doesn’t necessarily tread lightly with something altogether low-end. 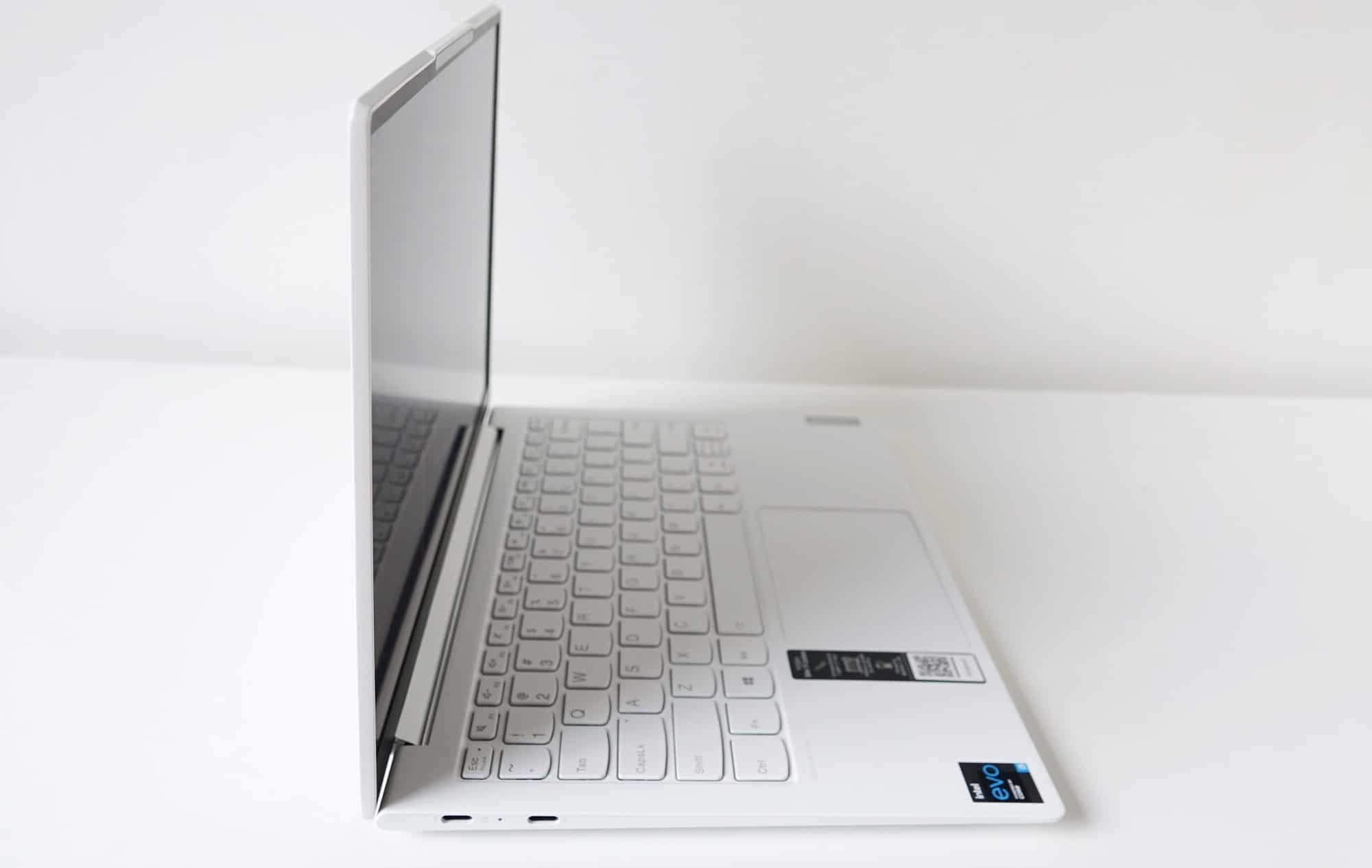 Inside there’s an Intel Core i5 11th-generation chip (1135G7), though you can get a Core i7 if you have the funds. Memory on our Yoga Slim 7i Carbon review model was set to 8GB RAM, though a 16GB model is available, and there was 256GB storage inside, but there’s up to 1TB on offer depending on how much you want to spend.

Connections are fairly friendly, with three USB Type C ports on this laptop, two on the left and one on the right just next to a 3.5mm headset jack, with the power button on the right edge, as well. Wireless connections are also decent, with both Bluetooth and 802.11/a/b/g/n/ac/ax WiFi 6 for wireless networking.

Up front, there’s a 720p camera with infrared and Time of Flight sensors, handy because Windows Hello is integrated for touchless login, sitting just above a screen that’s worth talking about. 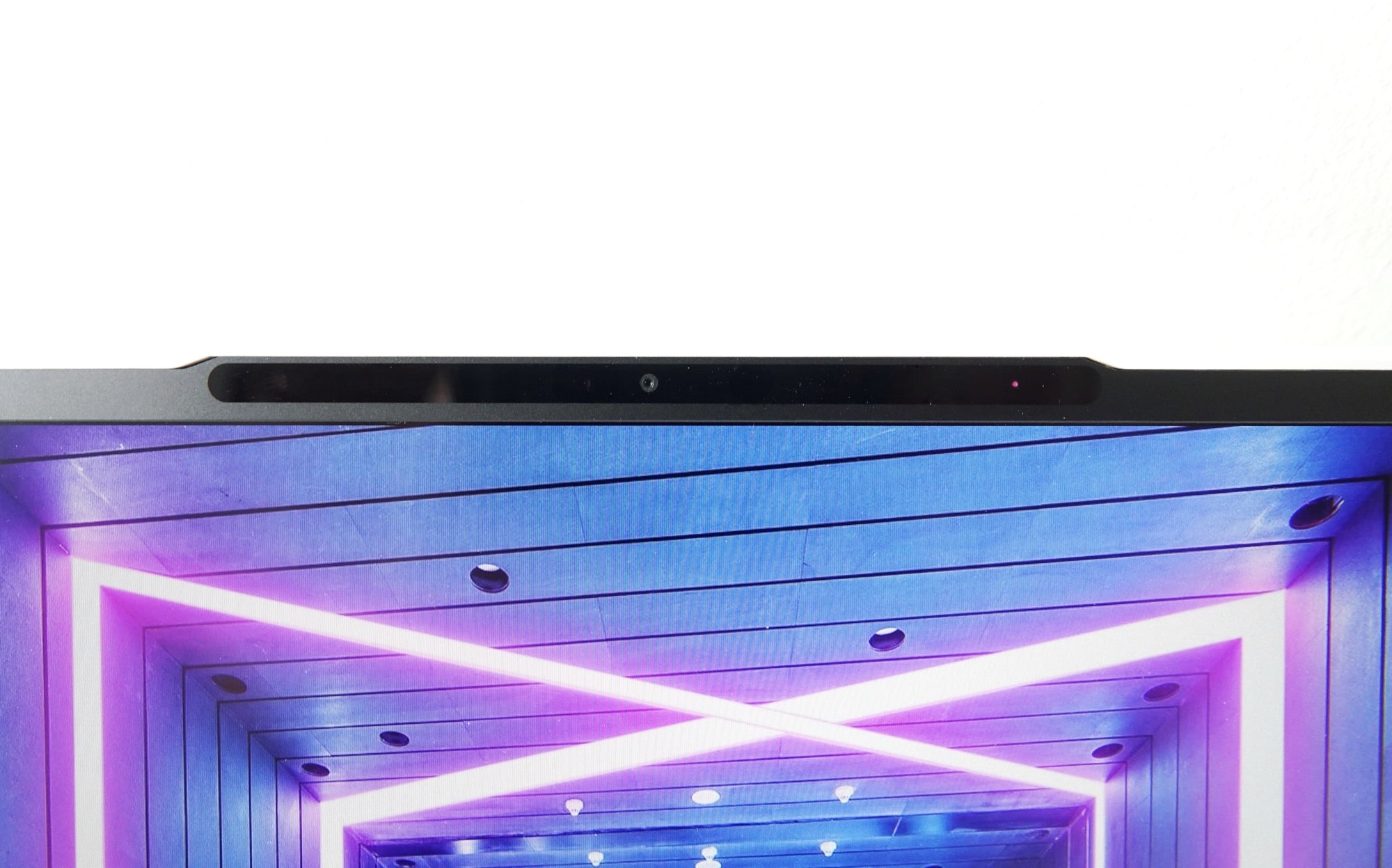 We’re pleased to see Lenovo has paid close attention to the screen, which may well be one of the better displays in this category of the market.

Laptop displays can range from poor to acceptable to fantastic, but usually, we find ourselves used to seeing screens sitting at Full HD and offering less fantastic colour and viewing angles. Not so with this model.

In the Yoga Slim 7i Carbon, Lenovo has gone a little further with its 13.3 inch 2560×1600 Quad HD IPS display that supports Dolby Vision regardless of what you spend. That’s a good move, and means you’re getting a sharp screen with strong colour, and it even supports 100 percent of the sRGB colour gamut.

The screen bezels are also slim, measuring 3mm, making them super slim and very easy on the eyes, and viewable from the front and the side. 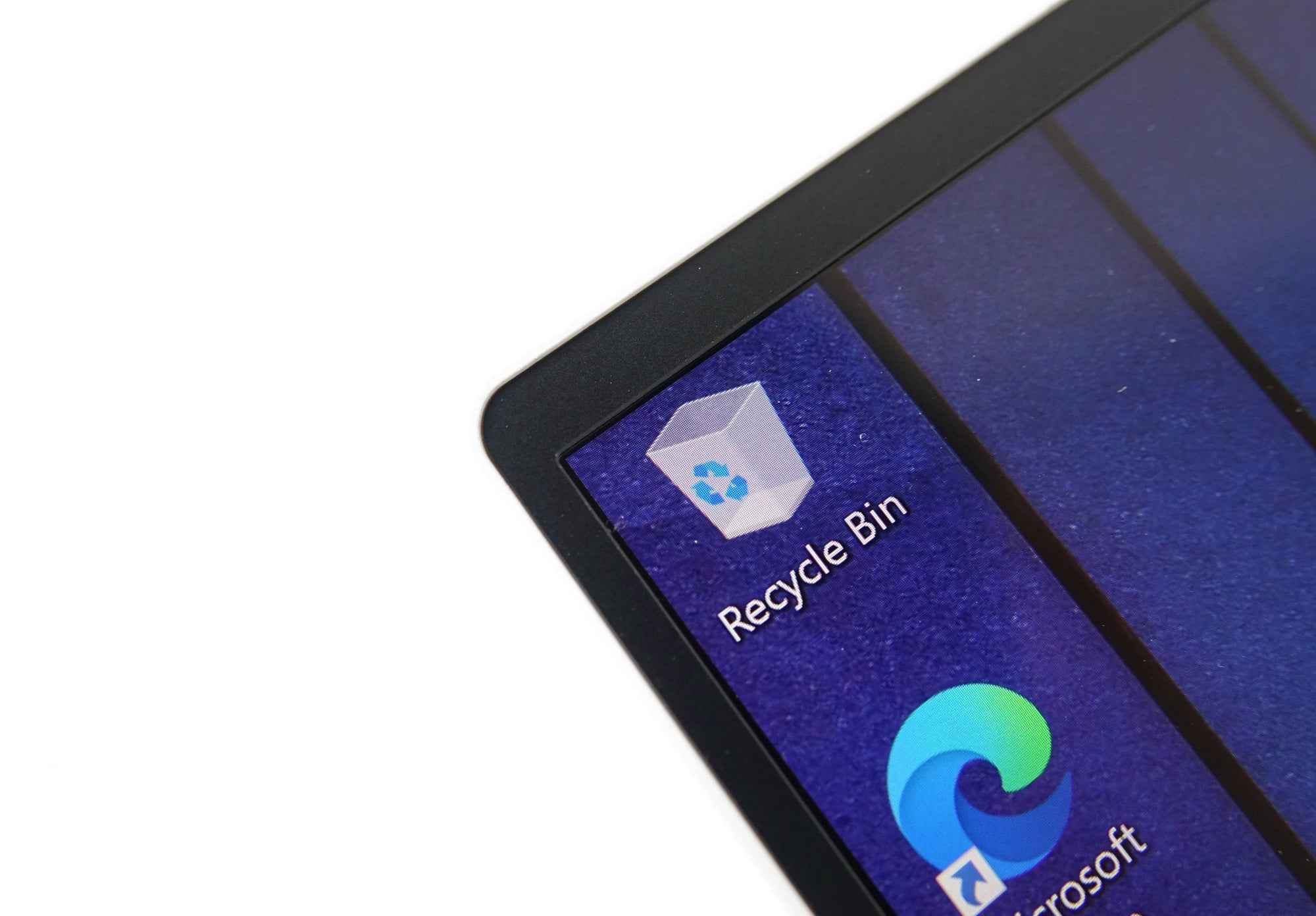 About the only downside here is that there’s no option for touch, meaning you’ll need to rely on the keyboard and mouse for control, and no way of touching the screen to make things happen.

Granted, this isn’t technically a 360 degree laptop, so we get why Lenovo might skip out on the touchscreen, but it would have been a nice inclusion all the same.

Armed with an 11th generation Intel Core i5 processor and 8GB RAM, Lenovo’s Yoga Slim 7i Carbon isn’t what we’d call a super fast performer, and it really just sits in the middle of the range.

A mid-range chip and what we’d call the bare minimum for mobile computing is about par for the course, and that’s what you get, with acceptable performance overall.

It’s fine, but not the best computer in the world, and we found the odd slowdown here and there, possibly attributed to the 8GB RAM our Slim 7i Carbon review unit had.

These days, we’ve found 16GB is the optimal amount for a Windows computer, and given the occasional drop in performance here, we’d opt for that variation if the super thin and light style is what you’re after.

You might think that one of the downsides of this slim design is a battery that underperforms, but the Lenovo Yoga Slim 7i Carbon holds its own, dependent on what you use it for.

For the regular work day, we found around 10 to 12 hours were possible, though we kept our workload pretty light and breezy. Given the performance on offer, you probably will, as well. 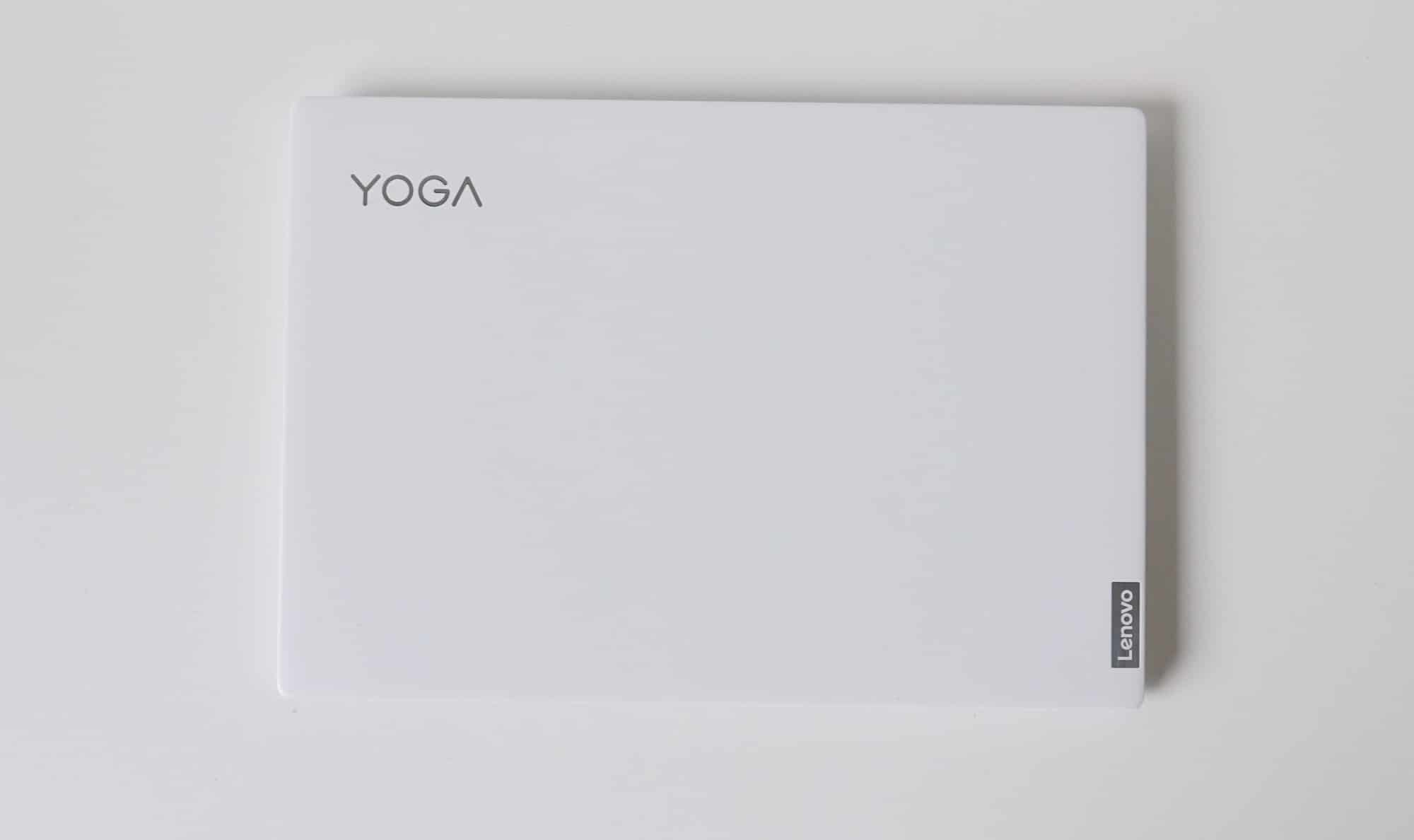 However the mid-range feature set comes with a recommended retail price that’s harder to reconcile, sitting at $1799 locally. Fortunately, it’s difficult to find the Yoga Slim 7i Carbon at that price, which seems a little high for what you’re getting, and we found it edged closer to just over the thousand mark, ringing in at $1019 locally.

Granted, we’d have loved a little more memory to work with, but at a little above the thousand dollar mark — which is where the 8GB model seems to be pitcher — the Slim 7i Carbon is a good value. At its $1700-odd original price tag, markedly less so, but fortunately street price is a real thing. 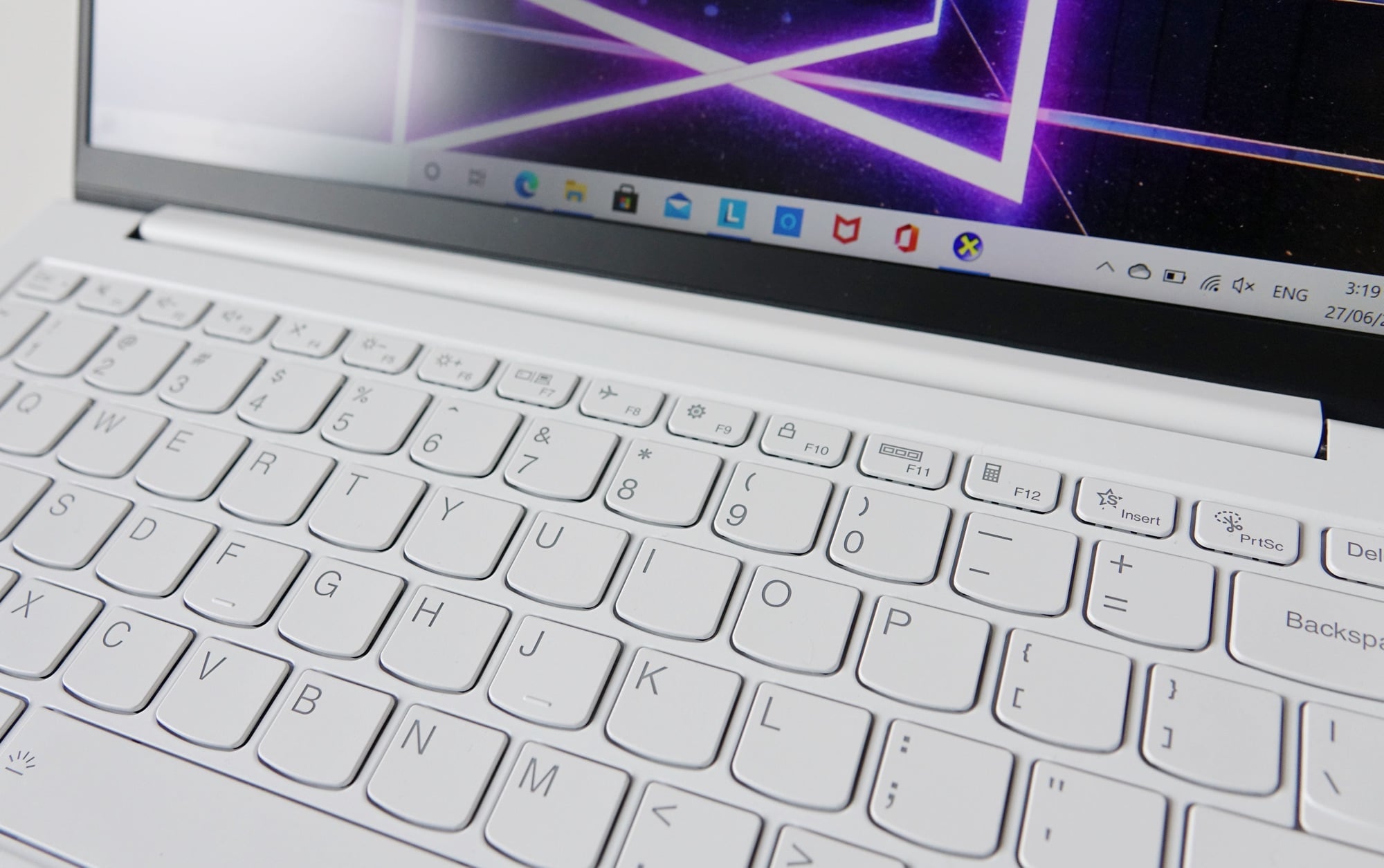 While the price dropping helps Lenovo achieve value a whole lot more than the original sees, and there’s clearly a nice and light design found, using the Yoga Slim 7i Carbon isn’t always the best experience.

The keyboard is large enough, as is the tall and wide trackpad, but neither are what we’d call good input devices in the sheer technical sense.

The keyboard is backlit, a nice touch for sure, but the keys are super springy and offer too much traction at times, so much that it lacks the firm feel we want from a keyboard. It’s acceptable, but not great, and not really up to the quality we’ve seen in Lenovo’s ThinkPad computers.

This style of keyboard is such that it works fine on a surface like a bed or a desk, but that it doesn’t feel as strong on your lap, losing that whole “laptop” thing the computer is supposed to be.

It’s a similar problem with the trackpad, which requires a heavy touch if you happen to click down on it, and comes off feeling super cheap and plasticky. That’s a real shame, too, because the trackpad is the only mouse you have on the Lenovo Yoga Slim 7i Carbon, with no touchscreen available here.

Much like the keyboard, you’ll be forced to get used to the meh feeling it offers, which you totally can, but there are better keyboards and mice on laptops, and Lenovo is responsible for some of them. This isn’t a great one. 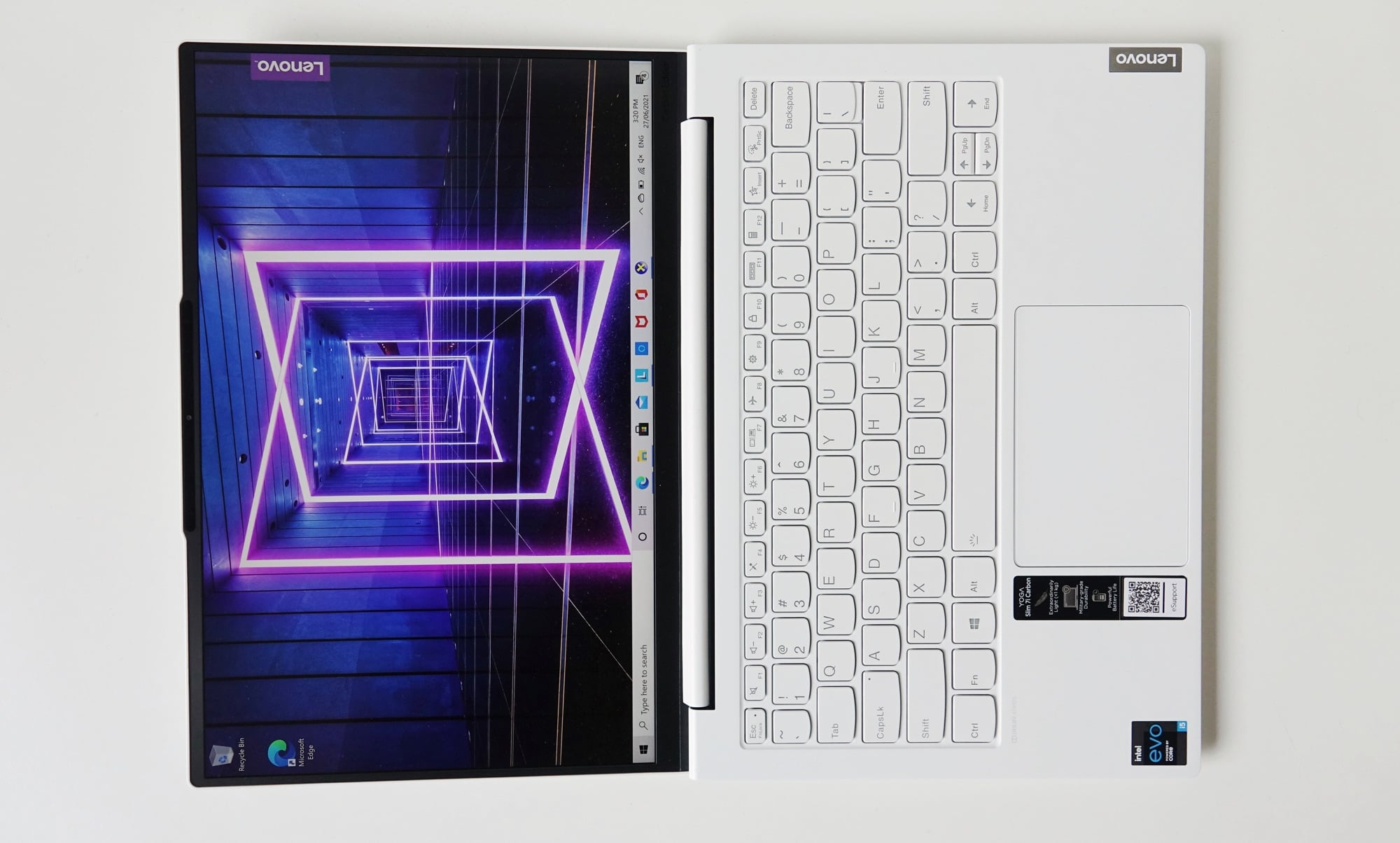 Our other issue with the Slim 7i Carbon is its colour choice: white. Simply put, this laptop comes in one specific colour (or a shade, depending on your perspective and education), and it’s one we’re not sure we’re game to have.

Silver, black, blue, even rose gold are choices we think we can live with, but white seems risky. A white laptop feels like it’s always going to get stained, much like how wearing a white shirt attracts threats, like how when you wear a white shirt, you’re an instant target for every bird in every tree and every wire you walk under.

Carrying the Lenovo Yoga Slim 7i Carbon’s white chassis around, we were instantly more concerned about where we placed the laptop, simply because we didn’t want scuff marks or anything else that could leave a mark.

The laptop is made of plastic and carbon fibre, so you can wipe down anything you see, but it’ll definitely make you think about where you place it in your life. 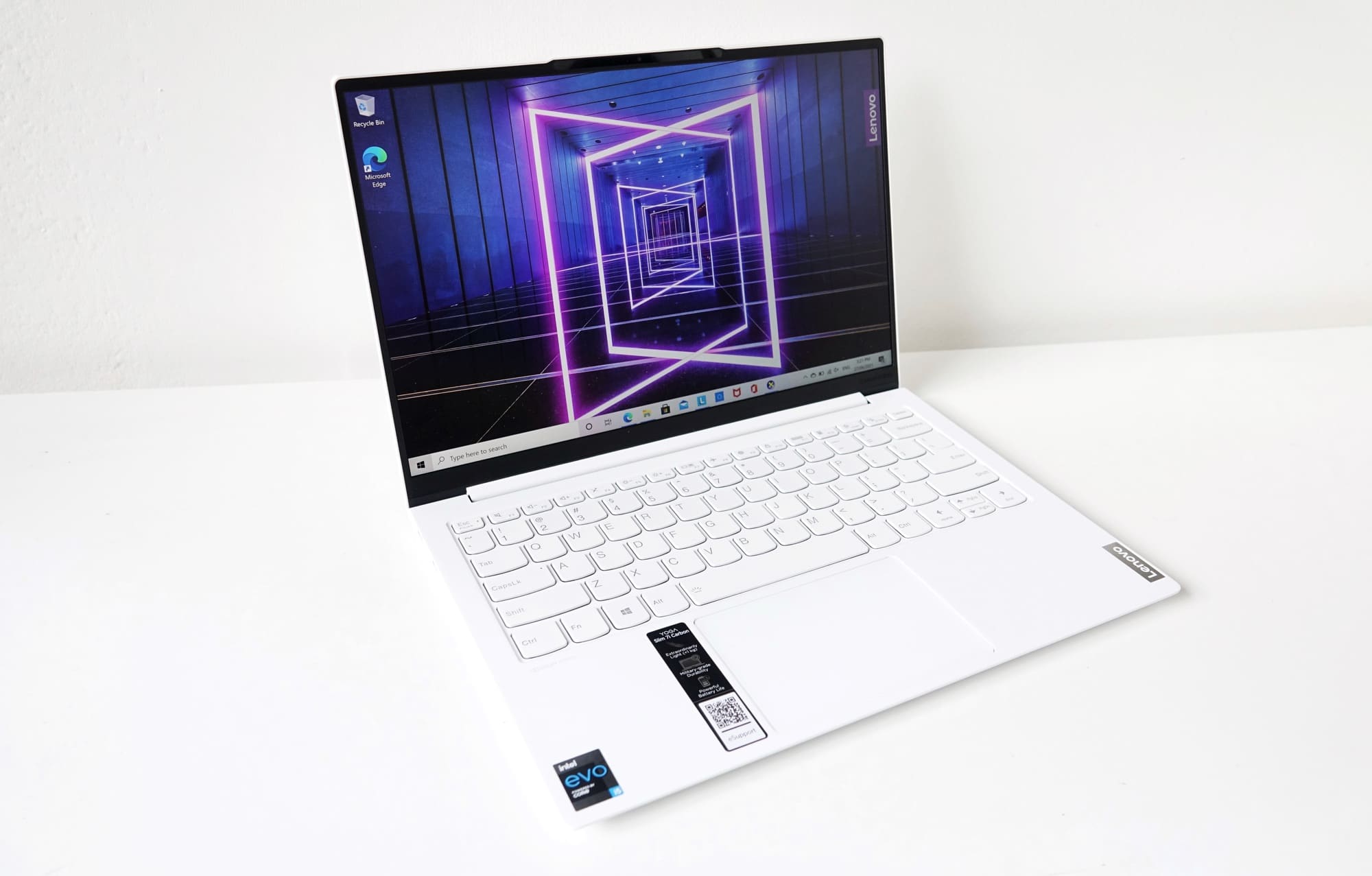 If you’re looking for an ultra-light computer, Lenovo makes a case for what is otherwise a nice computer, even if the entry-level specs we played with feel like they could be a touch better.

There are things to like, of course. The Yoga Slim 7i Carbon is easy to carry and includes a touchless form of login, as well as a sharp screen, something you can’t say about every laptop out there. 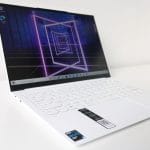 Lenovo Yoga Slim 7i Carbon
Design
Features
Performance
Ease of use
Battery
Value
The good
Crazily light for a laptop
Better built than it feels (with carbon fibre and plastic)
One more port than a typical thin and light notebook (3)
Workday battery life is quite good
The not-so-good
Occasional slowdowns
Keyboard is super springy, and that may not be a good thing
No touchscreen, and a pretty mediocre mouse at that
Not sure if we're game for a white laptop
4 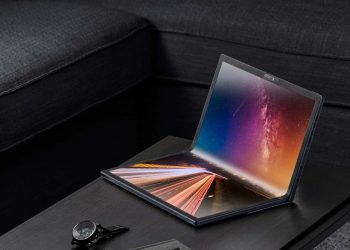