“Middle-earth: Shadow of War” will have Tolken turning in his grave, but brings new life to one of the best franchises of all time.

The preccioooussss is back, and it’s creating all sort of havoc, as the excellent Tolkien films spawn a new game that’ll have you forgetting how much you disliked The Hobbit (seriously Peter? Animated orcs?)

Developed by Monolith Productions — famed developers behind classics such as “Shogo”, “Tron 2.0”, and the two “F.E.A.R.” games — the latest Tolkien-inspired title takes place between the events of “The Hobbit” and “The Lord of the Rings”, and doesn’t require you to have played their first instalment: Shadow of Mordor.

Our favourite ranger wraith duo, Talion and Celebrimbor, have returned to the screen once again, ready to take on the hordes of horrors and decapitate EVERY SINGLE orc and such across Mordor. As they do. They’re kind of like an old married couple who constantly bicker but need to stay together because they have no choice, and they happen to be very good at removing limbs from bodies.

In this open-world adventure, you’ll find yourself wielding a new Ring of Power and building an army to overthrow the dark lord. 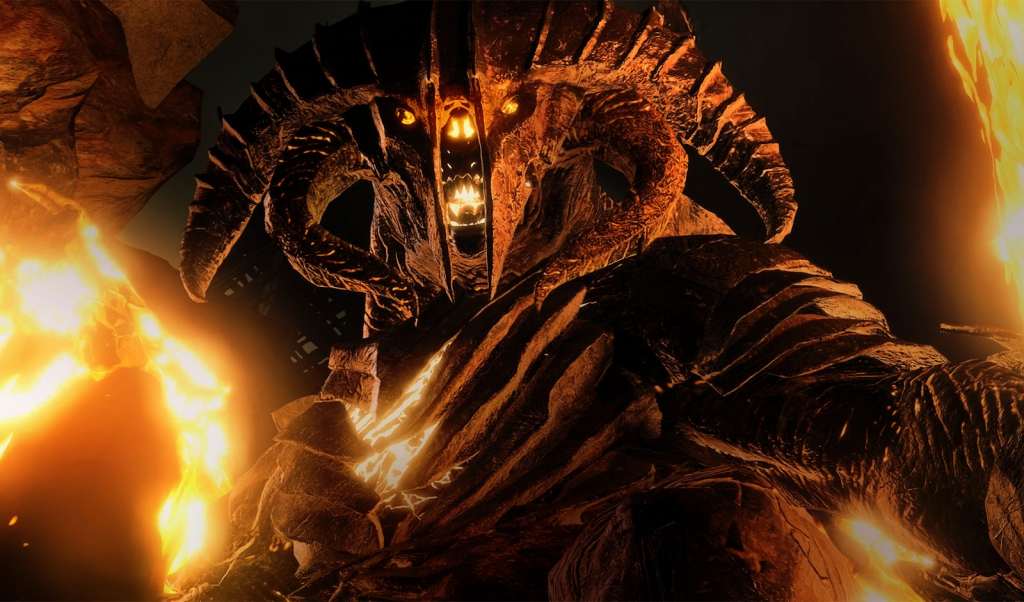 Back when Shadow of Mordor was released in 2014, its award winning ‘Nemesis System’ was a clear contender for gaming innovation, allowing your character to feel more expansive than say a traditional gaming role of hack, slash, here’s what you kill, and so on.

Instead, the artificial intelligence of the Nemesis system allowed its characters to not be confined to a single role, meaning that each named Captain and Warchief continually develops their own personalities, alliances, fears, and strengths depending on the interactions you have with them.

If you die at the hand of an orc named Gubu-Death Bone, he will not only get stronger but his name could potentially change to “Gubu The Untouchable”, and he can then be promoted to a higher role and enlist bodyguards and other orcs to protect him from your future attacks.

Essentially, Monolith’s AI allowed the gameplay to evolve as if the characters were real and learning, not just god-like in the way you would expect games to be challenging. They were, in essence, real, even if Middle-earth’s existence has yet to be proven. 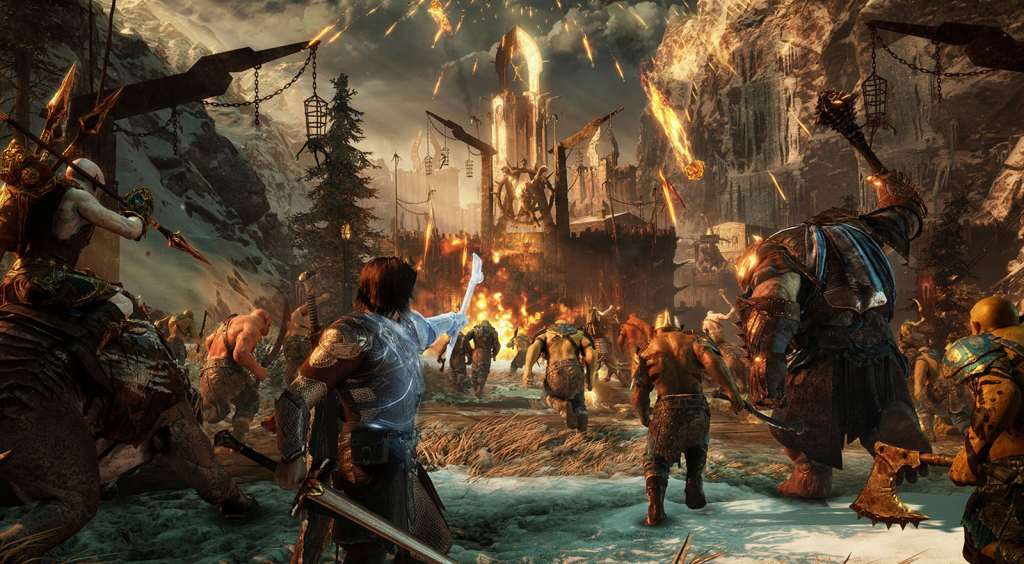 And once again, Nemesis is back with some improvements, clearly seen through the other classes it affects, not to mention how the makers of the game have been playing around. Middle-earth’s producers clearly had a lot of fun developing the individual personalities, lines, and names, and while some are clearly menacing, this reviewer’s personal favourites so far have to be “Borgu the Bard”, who literally sings threats at you, while “Flogg the Moaner” needs no explaining whatsoever. I’m also fairly certain I live below an orc named “Sharon the Early-Morning-Vacuumer”.

Fun as these names are, these enemies are classified through classes that dictate their style of fighting, including hidden traits you won’t see coming. At any moment you can be ambushed by an orc seeking revenge for a fallen ally or looking to assassinate you, so keep make sure to keep your hand on the controller at all times, bow ready to strike.

It’s kind of like running into that ex at a grocery store and them screaming your name from the produce section in a deep Cockney Australian hybrid accent, describing how they will tear you limb from limb. Surprising and yet entertaining, and yet also making you wonder why you didn’t move cities all together. 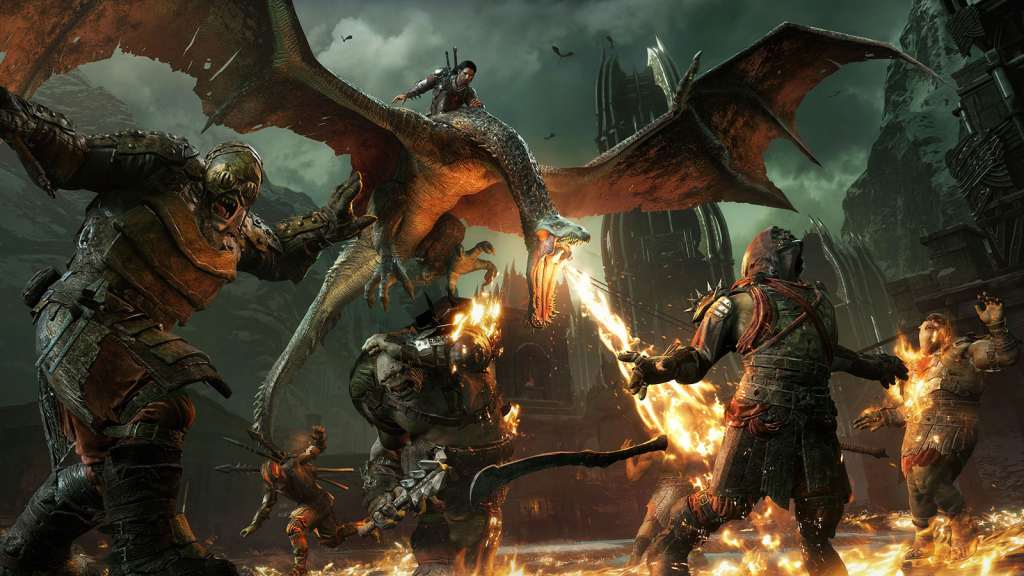 These creative creatures are scattered all throughout Middle-earth, just waiting for you to find them, with five regions available to you in what has to be some of the biggest open-world gaming you’re likely to see all year.

If you’ve always yearned for a trip to the plains of Mordor and New Zealand’s Hobbiton didn’t quite cut it for you, you’ll find five regions for you to take virtual footsteps through here, crossing Cirith Ungol, Gorgoroth, Nurnen, Minas Morgul, and Seregost, names which we’re surprised we still remember.

The action here is split into three acts, with the first having a very similar feel to the first game, which is a tad disappointing. If you haven’t played “Shadow of Mordor”, just imagine a fantasy world full of deformed cockney humans where death has become the norm due to chaotic fighting.

The story does take a bit of a strange turn with Shelob the Spider becoming some form of sexy enchantress who can reward Talion with visions of the future (can anyone else hear Tolkien screaming in agony?!). 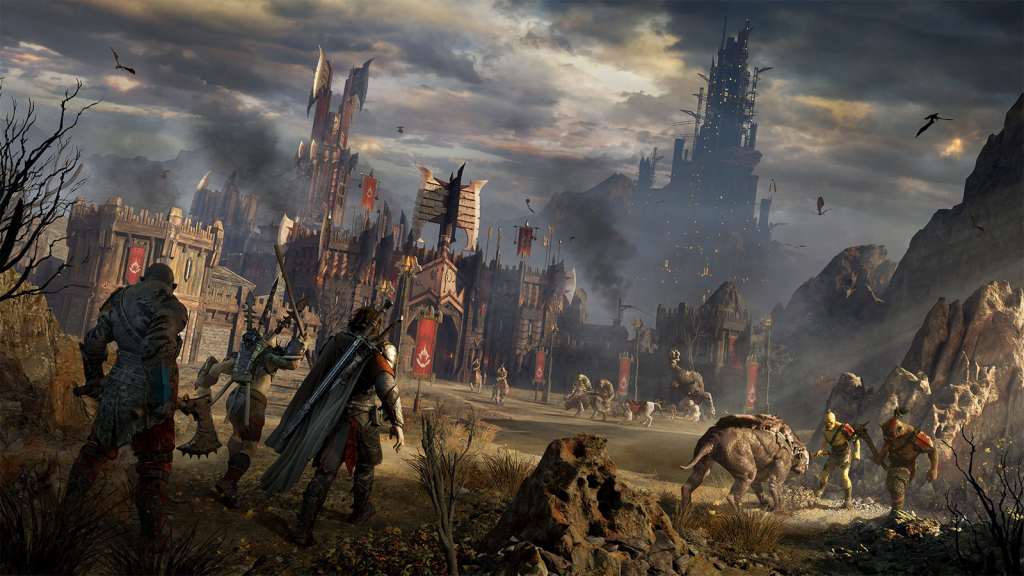 Not long after, you’ll see our duo of Talion and Celebrimbor in Gondor protecting the city against waves of orcs and defending the Palantir, an all-seeing stone, from Sauron and his wraiths. Though this act offers some exciting moments, the character dialogue and story is fairly basic.

Fortunately, the game responds with its own sense of irony, almost screaming through the screen “what’s that Rhys? You’re not enjoying the dialogue?”

*Rhys decapitates an orc captain and begins riding a Caragor who bites the face off an enemy*.

Seriously, I don’t think you need to be too caught up on the story lacking in hard hitting drama, as the fighting is enough to keep you entertained. This isn’t watching “Lord of the Rings”, it’s playing it. Don’t expect the same level of script.

By the second act, you can begin building your army to overthrow the fortresses across the five regions, and eventually go for the dark lord himself.

However, this is where things change a little, finding Orc captains and recruiting them for your army. Once you have recruited enough orcs, you’re able to lay siege upon a fortress where you can purchase additional reinforcements, using game credits dropped from enemies, completing quests or destroying your old armour and weapons.

You can buy mounted cavalry, sappers, siege beasts and even drakes. The more you spend, the higher the chance of taking the fortress, making the game something dependent on a degree of in-game transactions.

Once you successfully overtake a fortress you will need to select one of your Orc captains to become the new Warchief of that fortress, upgrading the defences here and moving the recruited orcs into certain positions of power. Bizarrely, a nice touch is being able to enlist someone as your personal bodyguard that you can call on at anytime to assist with your murderous rampage.

You know, because it’s much better to see someone you’ve hired help you kill a bunch of bloodthirsty orcs. As you do. 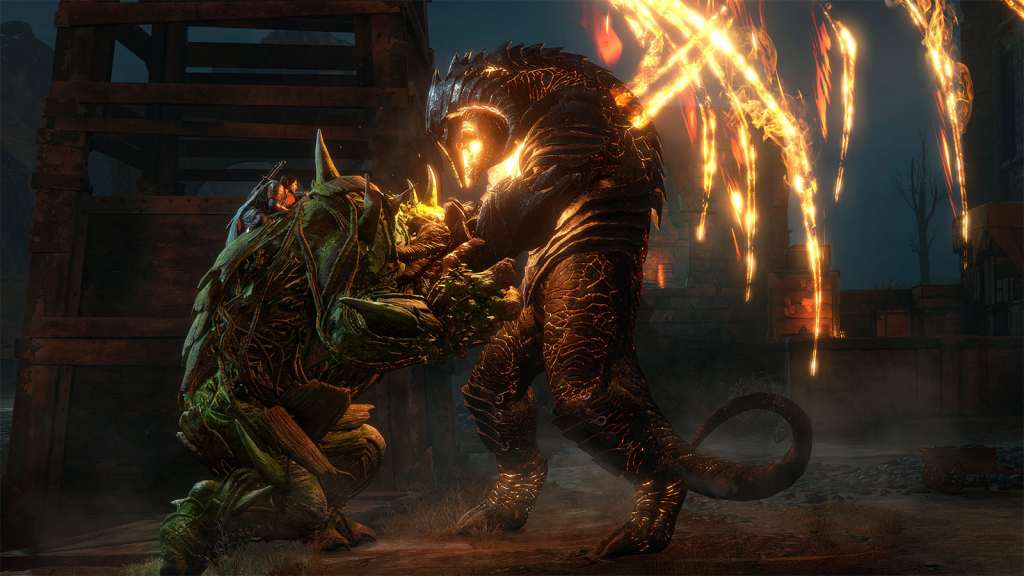 The game’s fighting and movement style is quite similar to Assassin’s Creed, and I often found myself attempting to climb the highest orc fortresses and jumping off in hope that a haystack would be waiting for me below.

Despite Talion now having more skills to upgrade and there being more orcs who are shaped by your every move, the game is hardly challenging and at times repetitive. Recruiting orcs has never been easier, just don’t tell Mordor’s HR executives.

Overall Monolith has done a phenomenal job at paying homage to Tolkien’s universe and creating a hard hitting sequel that had me entertained for many many hours, and while at times it can feel a touch derivative and easy, “Shadow of War” is tremendous fun for fans of fantasy, Tolkien, or just anyone who feels like bludgeoning an orc to death endlessly. 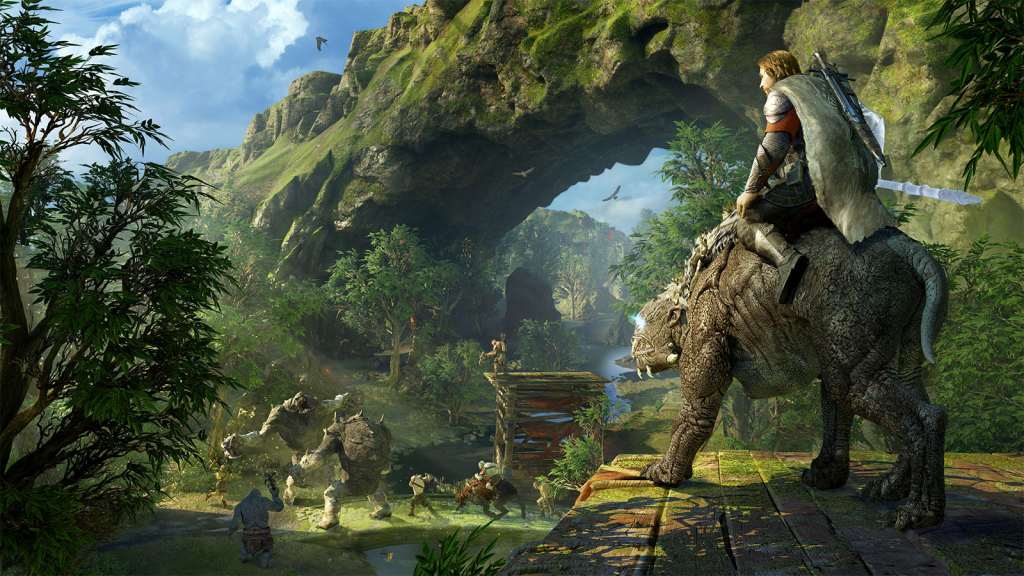