The first two iPhone 12 models are out, and we’re ready with a review, plus more in phones, phones, and phones, as well as a surprise random Rubik’s cube. All in five.

It’s the last week of October 2020, and you’re tuned into The Wrap, Australia’s fastest technology roundup, and as the year starts to wind down, you might be amazed at just how much is still on the way.

There are a bunch of shopping days on the way coming, what with Black Friday and Cyber Monday, but that’s not really the one driving all these releases. Rather, it’s the holiday season, with gadget makers getting in before December to give customers plenty to consider, and lately, there’s definitely plenty of that.

Yep, that Rubik’s cube, as an app-connected take on one of the world’s most successful toys launches in Australia, teaching you how to solve a Rubik’s cube without replacing stickers on each face.

There’s also some other entertainment gear on the way, with a big party speaker from Aussie maker BlueAnt coming in the four hundred dollar X5, while Huawei dabbles in larger headphones on top of its FreeBuds, with the five hundred buck FreeBuds Studio.

At the low end, Alcatel has unveiled a device truly made for budgets, with the Alcatel 1SE, a three camera phone with a big 6.22 inch phone and a low $199 price point. You’re not going to find Google Pay support here, sadly, but for folks looking for a large screen and several cameras, it’s nice to see the budget category seeing some action.

Oppo has a couple of slightly more expensive models for budget buyers coming in the A53 and A53s, variations on a theme sporting large 6.5 inch screens with a fast 90Hz display, plus massive 5000mAh batteries and three cameras, as well.

You’ll find these for $299 and $349 shortly, with the main difference being whether you want 64GB of storage or double it at 128GB, and they’re not alone, either.

Vivo, a brand you might not be as familiar with, is joining the releases locally this week, sporting an almost identical camera setup with another big battery for the $299 Y20s, while the $450 Vivo Y70 upgrades the hardware to something a little more premium overall.

They join Realme with the fast charging $600 mid-range 7 Realme 7 Pro, while Huawei has a new flagship of sorts on the way, the Mate 40 Pro, which will cost around two grand when it arrives, and gets a solid camera setup and 5G, but still no Google Play Store locally.

That won’t bother everyone, but Android folks who want their apps and games to work from the Play Store, they might be a touch fussed, because that won’t work here.

Of course, Huawei’s flagship has serious competition, too, and not just from other Android phones. Apple’s iPhone range is also out, as the iPhone 12 and iPhone 12 Pro rock up ahead of the 12 Pro Max and 12 Mini later in November.

We’re ready with our reviews, and after some time with both, they’re very interesting, partially because they’re also just so similar.

Both the iPhone 12 and 12 Pro sport the same 6.1 inch AMOLED screen, the same Apple A14 Bionic chip, and the same support for 5G. And they’re fast, like very fast, which is great, to say the least.

Each phone feels very nice, and thanks to that flat frame, each can stand up on their own, a handy feature.

They also both come with great cameras, though the 12 Pro is the clear winner: with three cameras — standard, wide, and close, the 12 Pro delivers one of the nicest camera experiences you can find in a phone. It’s better in just about every way, and capable of some lovely shots, day and night.

The standard 12 drops it back to two cameras, wide and standard, and is still good, but is beaten by the 12 Pro easily.

But neither wins battery life remarkably well. You can hit 24 hours if you try, though we suspect most people will end up charging nightly.

Essentially, if you’re hoping to buy the iPhone 12 or 12 Pro for battery life, you may want to wait around for the bigger model, the iPhone 12 Pro Max.

For now, you’ve been listening to The Wrap, Australia’s fastest technology round-up. A new episode goes live every Friday at Podcast One, Spotify, and Apple Podcasts, but for now, have a great week. Stay safe, stay sane, and take care. 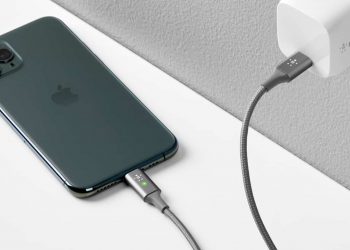