The world keeps going, and gadgets keep coming, and this week is no exception. Find out what’s new on the way in phones, how real sports are going digital, and if the new iPad Pro is worth your money. All in five.

It’s the end of March and this is The Wrap, Australia’s fastest technology roundup, and three months into the year, I think we can say that no one expected something quite like this. The excitement of CES, all the gadgets, and then not long after, coronavirus has thrown everything out of whack.

The world is more or less locked down, and everyone needs to do their part to stay home, stay safe, and stay as healthy as they can. The world is a different place right now, and it’s making a dent on gadgets. Fewer releases and a lack of technology shows is sure having an impact on the amount of news out there, but it hasn’t dried up. In fact, while some shows have been cancelled, others are postponed, so stuff is coming, it just might be a little bit later.

However, this week saw a few major announcements, some of which were brought on by the coronavirus.

Take the Formula 1, which is technically on hiatus in its physical form, but will be shown in a digital esports equivalent over the next few weeks. As countries lock down international travel, keeping a worldwide event like the F1 wasn’t going to be easy. But having the drivers run a video game-based event is an interesting alternative that could prove very interesting. It’s not the only esports conversion from sport, with the same thing happening in American NASCAR racing.

They’re not likely to be the last, either, and will join regular video game esports events, of which there are plenty.

Watching the racing will depend on having a fairly fast internet connection, and if you’re struggling with that — if your broadband connection just isn’t making a dent — you might want to turn to a mobile connection. Of course your phone will do that, but there’s also a mobile modem out in Australia this week from D-Link, bringing a 4G connection to a wireless router.

You’ll find it in the DWR-956, a mobile modem made for home, sporting speeds as fast as 150 megabits for around $350. You’ll need to bring your own 4G SIM, but if your regular broadband connection isn’t cutting it, this might help.

Or you could try 5G, because there’s more speed in the few 5G phones out there, and more 5G phones on the way.

In the past week, we’ve seen announcements for 5G models from Nokia and Huawei, and they’re a little different.

Nokia’s first 5G phone is the Nokia 8.3, a phone sporting four cameras and what the company says is a future-proof 5G phone thanks to its support of numerous 5G bands. That should mean that regardless of where in the world you go, you’ll have 5G support if it is exists, which means hyper fast speeds.

Huawei also chimed in with 5G in two devices, the P40 and P40 Pro. Like the P30 series launched last year, these are phones with an emphasis on the cameras, sporting big sensors and telephoto cameras, with 5G and WiFi 6. But also like the Mate 30 Pro last year, the P40 phones won’t support apps or services from Google’s Play Store. They run Android, yes, but without the support or blessing from Google, which means some apps — like Uber and Apple Music — can’t be found here.

If you can live without Google in your life, and Uber or Uber Eats, they’re coming in April.

These days, you might be able to live without Uber because we’re all home in self-isolation. And if you’re not, go home and self-isolate. Help everyone flatten the curve.

While you’re there, if you’re after a new tablet, you might want to check out Apple’s latest iPad, the iPad Pro. A little bit different from the last model, it has seen a few updates, and is starting to give laptops a good run for their money, even if money is an issue on the iPad Pro.

That makes it a tablet that isn’t exactly cheap, though it’s definitely powerful. There’s marginally more grunt than last time in the same slim body, plus new cameras on the back to improve not just photos, but augmented reality. Apple is even using something experimental with light detection to measure the distance between objects in your room.

It’s so experimental, there’s practically nothing at launch that uses it, so you’re basically looking at the 2020 iPad Pro as if it’s preparation for the future.

And while it’s an expensive preparation, it’s still about the best tablet you can find. We don’t think it’s necessarily worth an upgrade for existing iPad Pro owners, as there’s just not much of a change, but if you’re moving to an iPad instead of your laptop, you’ll probably like what Apple is offering.

There’s even mouse support, with wireless mice and trackpads working on the iPad. That works on any iPad, though, not just the iPad Pro. You could even cheap out with the $500-odd dollar iPad 7th gen and get mice working there if you wanted. Just grab a mouse and your iPad, download the update to 13.4, and you’re all good. You’ll have all the time in the world to use your mouse on the go.

Not like this show, which is out of time.

So you’ve been listening to The Wrap, Australia’s fastest technology roundup. A new episode goes online every Friday at Podcast One, Spotify, and Apple Podcasts, but until then, have a great week. We’ll see you next time on The Wrap. Take care. 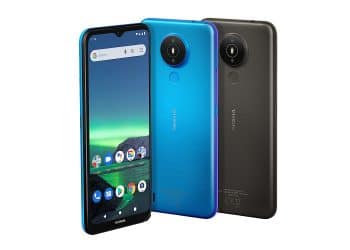