Fancy a new camera? You might just have a few reasons, as Canon, Nikon, and Olympus talk up new gear, Photoshop turns 30, and we check out a phone that is more camera than mobile. All in five.

For the week ending February 21, you’re listening to The Wrap, Australia’s fastest technology roundup, and while last week started with the news that was no Mobile World Congress this year, this week, it’s a little less of a thing.

We’re over the whole no MWC this year, and already know we’ll at least see some launches over the coming weeks.

LG even launched a few this week, offering models in the K-series, which come with four cameras and support for mobile payments, suggesting well-priced phones will be even more competitive this year.

It’s one of the only bits of phone news in the void of Mobile World Congress so far. We know Telstra and RealMe should see announcements soon, and they’ll be joined by other brands later on, as well.

But in the spot that was once just pure mobile news is a focus on more, such as photography and videography. Camera makers have filled that spot nicely, with the likes of Nikon, Canon, and Olympus all talking up new gear this week.

For instance, Nikon has a new flagship camera for the pros out there, arriving in the D6. A big one, the D6 won’t seem like a huge upgrade at first, delivering a 21 megapixel sensor and 4K video like the D5 before it, yet updating the autofocus, including wireless connectivity, GPS, and a maximum low-light sensitive of three million, practically akin to shooting in the dark.

It won’t be cheap, and will probably fetch closer to the ten grand mark.

Nikon’s D6 isn’t alone when it comes to expensive and capable cameras, and will be joined by an upcoming Canon EOS R5, a new mirrorless model that will be able to record video at a stunningly large 8K.

That’ll be helpful for the five or ten people that own an 8K TV, though that number will grow this year as more models come out and the cost of entry into the world of 8K drops.

There’s practically no 8K content out in the world, so capturing 8K isn’t exactly an easy thing at the moment, but the Canon EOS R5 could bring 8K filmmaking to more people.

The EOS R5 will also support 4K video, as well as 20 frames per second for images, but from the sound of things, it’ll be one impressive camera when Canon gets around to releasing it.

Olympus also has something new, in a pro-focused mirrorless, the OM-D E-M1 Mark three, which is about as initialism heavy as it gets. This one takes a 20 megapixel Micro Four Thirds sensor and gives it more speed, more stabilisation, and the ability to capture 50 megapixels by moving the sensor in slight increments 16 times for a 320 megapixel image before downsampling.

All of this camera news comes at a good time, because one of the world’s most popular photography tools celebrated a birthday this week. You see Photoshop turned 30 this week, and we’re all wondering why it hasn’t moved out of home, and is more connected with its sibling software than ever. At least it’s more mobile than ever, venturing out for a night on the town provided you have an iPad.

Photoshop on the iPad is seeing some desktop improvements, such as a way of selecting objects in photos using the power of AI, while also giving more control for placing text.

On the desktop, Photoshop gets more control, too, but for patching up unwanted parts of a photo with improvements to the content-aware fill mode.

And while we’re on the subject of photos, let’s check out a phone that is more camera than phone, the Huawei Mate 30 Pro.

It’s a bit of a weird one, because it’s probably not a phone you’d buy in Australia since it doesn’t come with support for Google’s Store. Thanks to that whole Huawei-US trade issue from last year, the Mate 30 Pro is an Android phone without access to Google apps and services, which makes its app selection more than a little bare. You can install the Amazon App Store, but it’s still not the same, and apps like Uber can’t run, nor can most of the apps or services you might rely on.

What the Huawei Mate 30 Pro excels in is with its camera, which is very, very impressive. Made up of two 40 megapixel sensors, an 8 megapixel telephoto, and a depth sensor, the Mate 30 Pro gets some of the best images out, and some of the best slow motion, too. Capable of a staggering seven thousand frames per second, it’s about the most amazing slow motion of any phone or camera.

But getting the Mate 30 Pro to feel like a proper phone in Australia is difficult at best. You can’t get the apps you’re used to or need, and even sharing your photos or saving them to somewhere like Google Drive is limited.

It’s a shame, too, because the hardware is very good, but the software lets it down, and it’s proof that in a country so dependent on either iOS of the iPhone or Android for everything else, a third mobile environment isn’t really going to work.

You’d probably be better getting a better phone with one of those app stores, or just buy a real camera to have alongside. There are still reasons for cameras.

And that’s it for this episode of The Wrap, Australia’s fastest technology roundup. You can find a new one every Friday at Podcast One, Spotify, and Apple Podcasts, but until then, have a great week. We’ll see you next time on The Wrap. Take care. 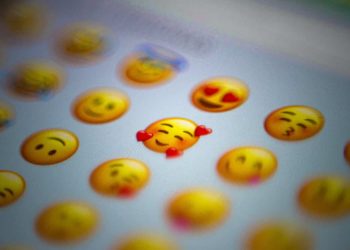