The world of 5G is becoming more accessible with more phones, so what’s new? Plus what’s coming in cameras, smart locks, and more. All in five.

For the end of July 2020, you’re listening to The Wrap, Australia’s fastest technology roundup, and with over half of the year done and dusted, it can be easy to wonder where it all went. The year hasn’t quite been what everyone expected, and the coronavirus is very much what we have to thank.

It seems like only yesterday that we visited the first major tech show of the year, of every year — CES, the Consumer Electronics Show. This year, much like every other year, CES 2020 was an in-person show, but next year it will be something else entirely.

The coronavirus has cancelled pretty much every show this year except CES, killing Mobile World Congress, South by Southwest, Facebook F8, Google I/O, WWDC, E3, Computex, though IFA in Germany is reportedly still going ahead in September. For now, anyway.

CES next year won’t be, with the Consumer Technology Association — CTA — declaring that CES 2021 will be an online-only affair.

Given what’s happening with the coronavirus in America, it’s a good call to make, plus technology can keep on being announced without a big show, which is pretty much what we’ve seen this year. Even without the big shows, technology has kept on coming, and will keep on doing so.

For instance, there are new video game consoles coming your way for the end of the year, even if we didn’t have E3 to announce them at. The Xbox One X and PlayStation 5, both of which have been revealed in pretty much all their detail, look set to offer big gaming visuals working on both old and new TVs alike.

The smart home is also changing, and not just with smart lights or smart speakers. Smart door locks are beginning to properly appear, with Samsung joining the fray in Australia with the A30, a smart lock that works via app, code, or even fingerprint.

And Sony this week announced a camera that isn’t in a phone, the A7s three. It’s another of Sony’s full-frame cameras, and this one focuses heavily on video, capturing 4K at 120 frames per second, as well as some pretty solid low-light and in-camera image stabilisation. It’s a pretty solid looking camera, and should easily be better than what’s inside a phone. There’s no competition really, though phones are good enough for many these days.

In fact, the bulk of the news this week is about phones, and may well be next week, too.

Next week, Samsung’s Unpacked event is on, where we’re expecting to hear about numerous gadgets with “Galaxy” in the name. We know about one ahead of Unpacked, the Galaxy Z Flip 5G, which is an updated take on Samsung’s foldable flip-screen phone from earlier, but with 5G, something to make it a little more forward thinking.

We’re looking forward to reviewing it, but it’s the first of many 5G devices available in the coming weeks. You see 5G is here, and now that it’s on all three of Australia’s telcos, more devices are on the way. You will need to be in reach of one of the 5G networks to get those high speeds, but whether you’re an Optus, Telstra, or Vodafone customer, it’s possible to get 5G if you are in reach. And if not, 5G devices still work on 4G, too.

There are quite a few 5G phones on the way, at different price points.

Asus has a model coming in the ROG Phone 3, the third entry in Asus’ gaming phones, arriving with a big 6.59 inch screen sporting a crazy fast one millisecond seek time screen and an option to plug the phone directly into a special game controller to make it into like a Nintendo Switch of sorts. But, you know, a phone. We saw the ROG Phone 2 last year, and the third version is an updated take with support for 5G, coming to Australia for $1699 in the coming months.

While that sits in the high-end, much of what’s coming for 5G focuses on what’s defined as the new mid-range. These days, the new mid-range is between $499 and $800, but because 5G is still new, expect 5G phones to sit closer to the thousand mark.

And there are two coming, with LG’s Velvet, an $899 phone with three cameras, a 6.8 inch screen, 128GB of storage, and that 5G connection, while Motorola’s edge brings two firsts for Moto: 5G and a curved screen.

We’ve been checking it out, and the Moto Edge is a nice take on a 5G phone, offering a comfortable curved screen, decent connectivity, and a fairly stock version of Android.

It can feel a little incomplete at its price, missing out on wireless charging and proper water resistance, but it’s a nice phone that could do with a little more in terms of camera performance.

At a thousand, we’re not sure we’d recommend it, particularly with how much is coming in 2020, but if you need 5G now and like something more like pure Android, Moto’s Edge might be worth checking out.

Remember there’s a fair bit coming, though, so unless your needs are urgent, you might just want to hold tight. At least until next show, where we’ll know more.

For now, you’ve been listening to The Wrap, Australia’s fastest technology roundup. The Wrap will return next week for more tech in five, but until then have a great week. Stay safe, stay sane, and take care. 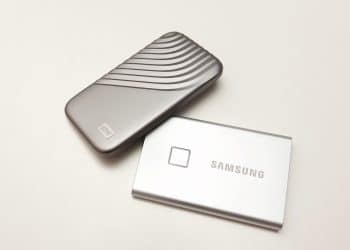 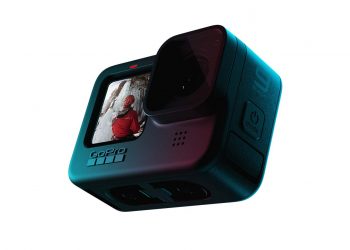 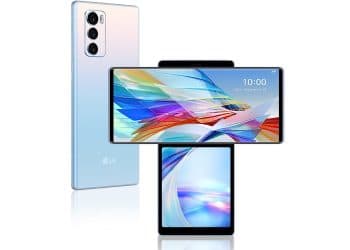