For the last week of November 2018, this is The Wrap, Australia’s fastest technology roundup, and in case you’ve not realised it yet, there’s less than four weeks until Christmas, and it’s almost the end of the year.

That’s not quite a month to find the right presents, if you do that sort of thing, and that means the same time for gadget makers to get the best stuff left for the year.

This week saw a few new releases, because the year’s not over yet, and there’s still time to show new gadgets.

Like DJI’s Osmo Pocket, a tiny camera on a handheld monopod with gimbal that compensates for your hand movements and creates a stabilised video. It’s made by the same people that made the Hasselblad-connected Mavic drone, but the Pocket is no drone.

Rather, it’s a small camera that can capture 12 megapixel stills or 4K Ultra HD video, and track faces while it captures, keeping locked onto humans as you record.

There’s no built in water resistance, but it will have an optional case to give it that, and the whole thing is made to make professional image stabilised videos easy, with the Osmo Pocket costing $599 when it lands later this month.

That was the week’s only camera that we saw, but there was more that happened in sound.

Jaybird released new wireless fitness earphones that could last 14 hours of battery life, while JBL let us go hands on with its take on the Google Home Hub, the JBL Link View.

It’s a little like the Home Hub we checked out a few weeks ago, but also different, delivering an 8 inch touchscreen in a football-shaped speaker, and speaker is really the emphasis here.

JBL is a sound brand, so this shouldn’t surprise you at all, but there’s an 8 inch screen inside, with two speakers that sit on either side of the screen. That results in a big meaty sound if you get it to play music, with plenty of volume here as well.

That makes it a louder Google Home Hub, and it’s one that gets a camera built in — so you can make and take video calls if you want — as well as a little bit of water resistance, making it ideal for the kitchen.

Without a doubt, the JBL Link View is the best sound smart display we’ve heard yet.

So what needs work? The design, the screen, and the price.

The design is like a football, and lacks the sleek appliance look for the home, while the screen lacks the brightness we’re looking for. And the price is a little steep at $350.

It’s a great smart display speaker, though, and worth checking out if you want a Google Home with better sound.

It’s not the only thing you might want to check out this week.

There’s a new Raspberry Pi out for folks who like building computers and learning to code. It’s smaller, faster, and still costs under fifty bucks. It’s not your Windows computer, but if you want to make a little gadget, a Raspberry Pi is a good start. We turned an arcade stick controller into a video game console with one of the older models.

A new streaming service arrived in Australia this week made for sports, and it’s kind of like the Netflix of sports. It’s called Kayo, and it works on pretty much everything — iPhone, Android, Chromecast, Apple TV, Telstra TV, and so on — and asks for a monthly charge for sports, sports, and more sports.

Cygnett added a massive power pack to its lineup, allowing you to charge a USB Type C laptop from its 27,000mAh power pack, while Mophie built something interesting in its Charge Stream Wireless, a little power pack that wireless charges phones that charge wirelessly.

And Netgear has a new network range extender for its Orbi gear made for outside. Because barbecues need WiFi too.

It’s not all great, though. Some gear needs work.

Nokia’s 5.1 — because that’s what it’s called, the Nokia 5.1 — is one of those, offering a mid-range phone that seems fitting for the $329 price point, and yet having a few catches.

On the good side, there’s a big 5.5 inch screen in a metal body, and a day of life, but the Nokia 5.1 needs better performance and a faster and more capable camera.

It feels like it needs something else to make it work, and if the price dropped, it would make more sense. The thing is the mid-range has a lot of options, and some of them seem to hit the package a little better.

The good news is that you don’t have to spend a fortune in order to get a decent phone these days, but you may have to read a review or two in order to find the best one. Or even listen to one.

Next week, we should have at least one more, possibly alongside some others. Find out next week.

For now, you’ve been listening to The Wrap, Australia’s fastest technology roundup.

The Wrap appears every Friday at Podcast One and Apple Podcasts as well as the Pickr website at pickr.com.au complete with links to all of these stories and more. The Wrap will be back next week for more technology heard in the space of five minutes, but until then, have a great week. We’ll see you next time on The Wrap. Take care. 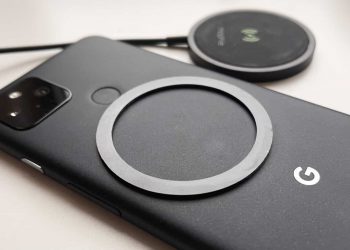