The Wrap Special – Pandora leaves Australia, so what are my options?

Pandora has gone and left a massive void in its place. What can Australians and Kiwis do? We’ll tell you in our special edition podcast.

It’s a special edition of The Wrap, and if you’re listening to this, you know that the American music service Pandora has left Australia and New Zealand, leaving more than a few subscribers without an online music radio service.

Launching locally back in 2012, Pandora was one of Australia’s first online radio services, providing millions of Australians and New Zealanders with the ability to make their own artist- or song-defined radio stations quickly and easily, and filling homes, mobiles, and plenty of eardrums with music.

On August 1 2017, Pandora pulled the plug, turning off access for Australians and re-erecting the geoblock that saw most locals unable to reach the service until it was officially launched on our shores back in 2012.

From here on in, Pandora will be a strictly US focused media streaming company, leaving locals who have loved the service out in the cold. In fact, in the past month, the most common question we’ve had is what should I do now that Pandora is being switched off.

So, what should you do if you’re looking to keep custom streaming radio in your life and living in Australia and New Zealand?

Well as far as we see it, you have a few options, though there are probably five major one, and out of those we’re leaning to three.

First, you need to know that while we’re making recommendations, none of these will work in the same way as Pandora.

If you’ve never explored how Pandora works, the quick explanation is that it’s built in a similar way to DNA with each song broken up into traits and then related to other songs, inspiring links to each other to create what is basically like a genome for your station and musical tastes.

These characteristics can be all sorts of things, ranging from tempo, melody, instruments, pacing, and so on, and they’re what helped Pandora become that pivotal music discovery service that it has been since it arrived all those years ago.

Not all music streaming services work the same way, and so the links they make with tracks and artists may not be the same, but it’s been five years since Pandora first rocked up, and so you have more choices than you might realise for music streaming on our side of the world.

The popular ones are of course Spotify, Apple Music, Google Play, and Tidal, and while they offer custom radio stations, they’re mainly music streaming solutions to let you listen to any track, album, or artist you want.

In our experience, we’ve found Spotify and Apple Music do the best jobs of music discovery, but neither really do it through the radio stations you make, but rather through playlists, with an abundance of the things available, providing styles and themes of music you may not have encountered before. Google Play and Tidal aren’t bad, but we’ve found they can loop back to played songs more often than their counterparts.

That makes Spotify and Apple Music easy choices for replacing Pandora, except for one caveat: if all you’re looking for is a radio replacement for Pandora, there’s a service that keeps the costs down, since Spotify, Apple Music, Google Play, and Tidal all have a monthly price tag.

iHeartRadio is a little more like Pandora, and offers a free radio service not only offering actual radio stations, but also the custom artist- and song-based stations like Pandora.

It’s also the only service out of the bunch we’ve found that directly tries to do what Pandora did, letting you rate songs with a thumbs up and thumbs down just like Pandora to shape your own station, even with a set amount of skips per hour.

If iHeartRadio doesn’t quite cut it, we’d look at Spotify, Apple, Google or Tidal, but it’s worth checking out our massive guide at Pickr.com.au simply because there’s more to consider. You might even qualify for free data when you’re out and about, or you might have support for the app on cars, speakers, TVs, and wearables. There are loads of options, and while Pandora was a quick and easy solution, it is leaving a void that needs filling.

Our choice is to try iHeartRadio if you just need a Pandora replacement, or Spotify or Apple if you use music services to discover new bands.

And that’s it for our little feature.

The Wrap continues Friday mornings every week, wrapping up the news and reviews for the week that was on Pickr dot com dot au. From all of us here at the website, we hope you keep listening, and we hope your next music service lasts a little longer than Pandora did.

Take care, and we’ll see you on the next Wrap. 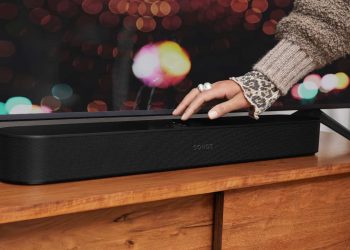 How to replace Pandora in Australia