How to beat tax scam calls

It’s tax time, and aside for making sure your receipts are in order, it’s also time to be on guard as scammers look to scare you into giving them money.

Try as we might to escape the burden that is the regularity of scams, it seems like nothing can be done to stop them. Scammers and criminals will keep going at it knowing full well how much money can be made from the con, and that means you may need to know a little more to keep them at bay.

Scams can and will increase invariably at different times of the year, and while holidays play a big part, tax time is one of the more critical seasons for scammers. With so many of us running to get our taxes done while others look to the Australian Taxation Office (ATO) to give them a little bit of money back, there’s little wonder why scammers try hard to win big here.

The stakes are lucrative, and even if you don’t fall for it, there’s a solid chance someone else will.

Last year, Australians lost over $489 million to scams, an increase on the previous year, and proof that criminals are making money on scams. This isn’t limited to tax scams, but rather the entire bunch.

Tax scams, however, are quite lucrative, and of that $489 million, $4.2 million came from scams impersonating the ATO. That’s a lot of money, and a lot of good reasons to stay ahead of scammers.

With a new tax season in effect, one scam that is picking up steam is the ATO call scam, whereby an automated voice calls you up and essentially threatens you with a penalty if you don’t comply or press a number.

Reported this week by a Pickr reader, the scams have typically been associated with near the end of tax lodging season, but appear to have kicked into gear as people have begun to file their taxes for the last financial year.

In these scams, the aim is to threaten you into compliance because someone claiming to be from the tax office is calling. In this scam, you won’t suffer a penalty or be charged with a crime should you follow the scammer’s directions.

But the reality of this call is simply this: it’s a scam. It’s a con. There is no penalty, beyond that of falling for the scammer’s tricks.

It is highly doubtful that the ATO will call you about a serious penalty or threaten with arrest if you don’t pay. In fact, if one of these calls attempts to force you to press a number on your phone to evade the penalty, there’s a good chance that number press will just end up connecting you through to a scammer on the other end of the line who will go into more detail and attempt to lure you deeper into the con.

“Scammers are sending pre-recorded messages in record numbers and are manipulating caller identification so that your phone displays a legitimate ATO phone number despite coming from an overseas scammer,” said Gavin Siebert, Assistant Commissioner for the ATO earlier in the year.

“We are now seeing thousands of Australians missing a call from a scammer, returning the call based on the number on caller ID and speaking to legitimate members of the ATO. Our calls do not show a number on caller ID nor do we use pre-recorded messages,” he said.

Ultimately, if you get a call from someone claiming to be from the Tax Office, your best bet is to hang up and move on.

Scammers are preying on the chance that you’ll take one of their calls as being serious and that you’ll fall for it.

If you have suspicions that the call might be genuine, hang up immediately. If you’re concerned it could be from the tax office, consider calling the ATO back on the numbers on its website to check if someone from the office was calling you.

It’s unlikely that the call was the real deal, and you’ll have evaded a scam, saving you money and teaching you something in the process. 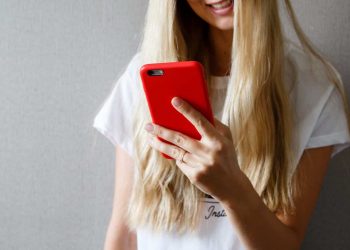 What should you do if you think you’ve been scammed?