You can imagine Smeagol or Gollum saying it — “protecting the precciiiooousss” — but even without that image, it’s clear the mostly glass design of the Galaxy S8 and S8 Plus can feel a little precious, so protection is a must. What are your options?

We’ll go through this alphabetically simply because there are more than just two or three cases outside of those made by the phone manufacturer itself, though we’ll cover those also in this guide.

We’ll start this off with one of Australia’s lesser known brands that has been making a dent in the accessory marked with low prices and a lot of selection.

3Sixt offers four case options and two screen protectors to choose from, giving you a bit of protection depending on which of the two phones you end up buying. 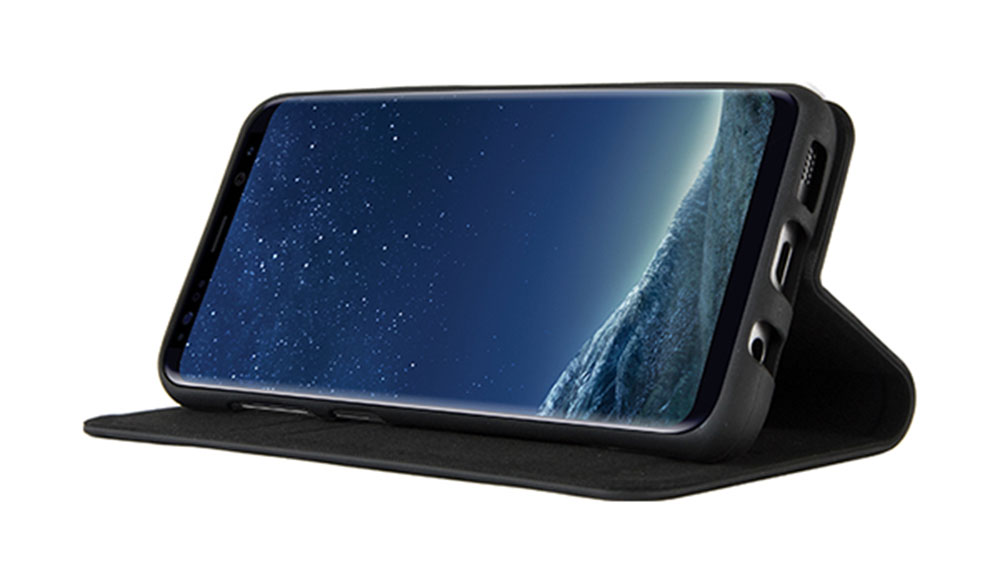 Starting it off is the 3Sixt SlimFolio, a slim flip case with room under the flip for the right cards, a built-in stand if you plan to use it in landscape to watch something (or type with a wireless keyboard).

Your Galaxy S8 can’t be used through the cover of 3Sixt’s SlimFolio, but the case is available for both the S8 and S8+ from $30. 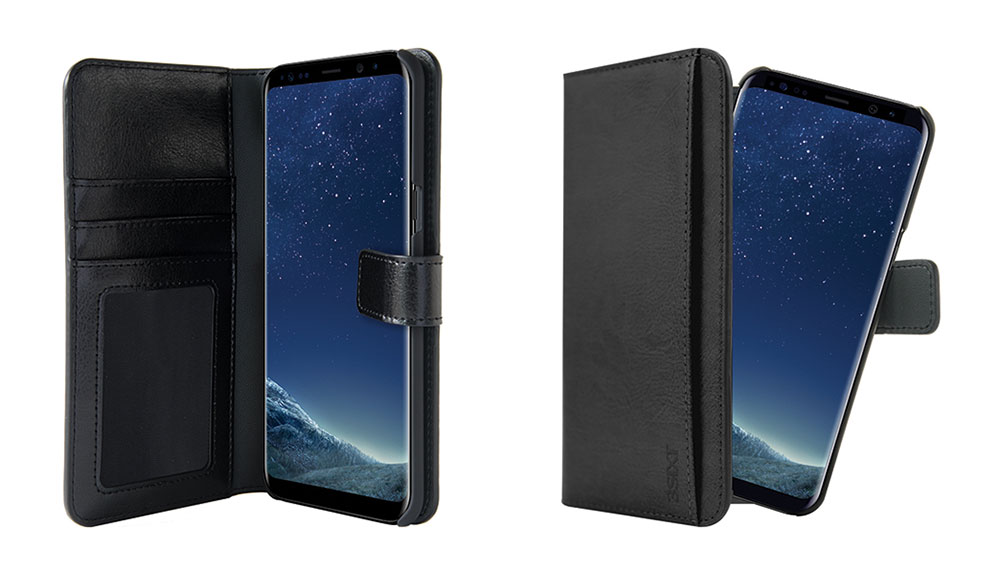 A little more complete than the SlimFolio, 3Sixt’s Neo Case is basically a wallet or clutch for the Galaxy S8, and while you can’t use the phone through the pleather cover, this uses 3Sixt’s “NeoMount” system to get the phone in and out of the case with ease, handy if you’re moving from keeping the phone on your person or sticking it in the car for calls and navigation. 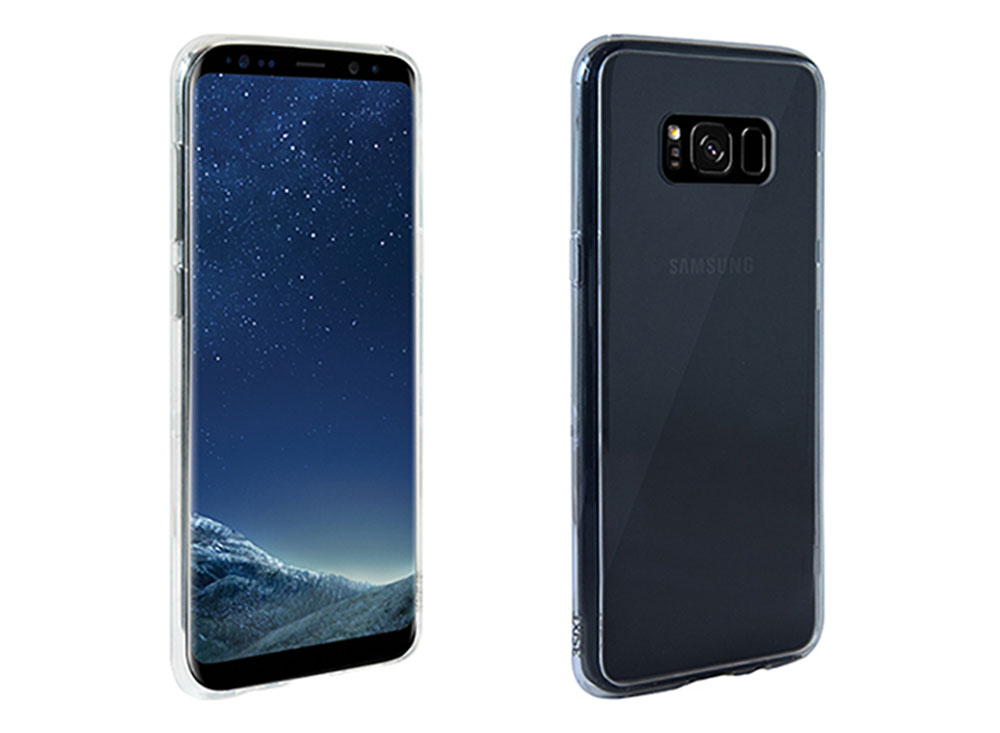 Next up is the Pure Flex, a case which is basically a light impact-resistant case for the back of the phone to access to the front uninhibited, and just protect the sides and back of either an S8 or S8+ for about $20. 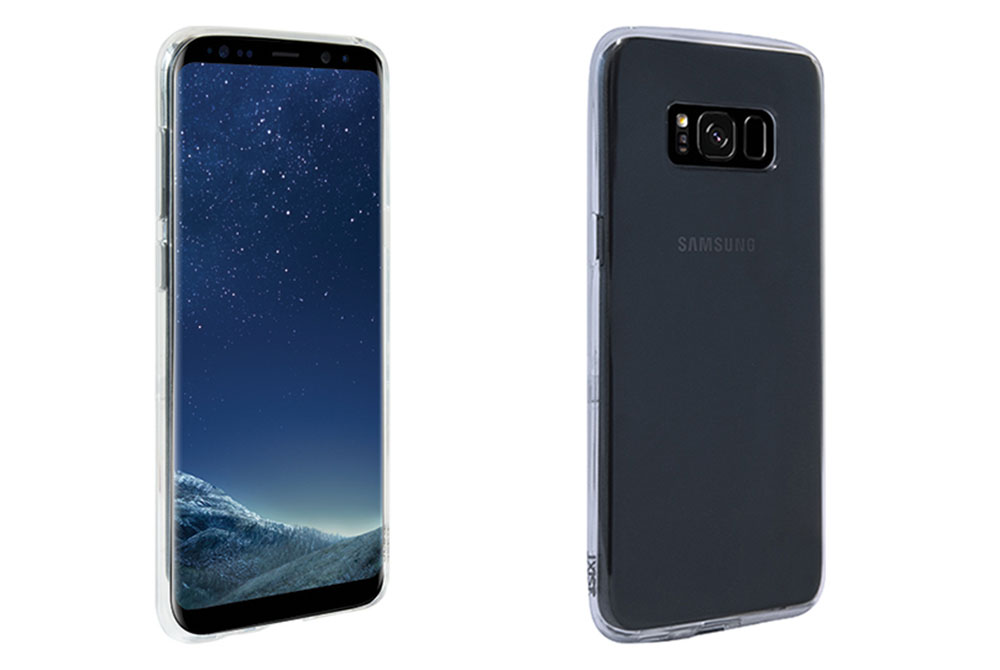 Finally, there’s the S8-only Jelly Case, which is $15 of the lightest and most plastic protection you can have for the back and the sides.

We’ll let you do the math on which of these is the better quality of the two.

Over at Cygnett, you’ll find one case style for the S8 and S8+, with several colour variations of the AeroShield, a rear and side protected polycarbonate shell with a bit of impact resistance along the side running for around $25.

Cygnett says this should offer “the ultimate in balance between protecting you phone through the use of technical materials with a slimline sleek form”, which is likely as nice way of saying it’s about as slim and svelte you can make an impact resistant piece of plastic for a phone like the Galaxy S8. Or something like that, anyway. 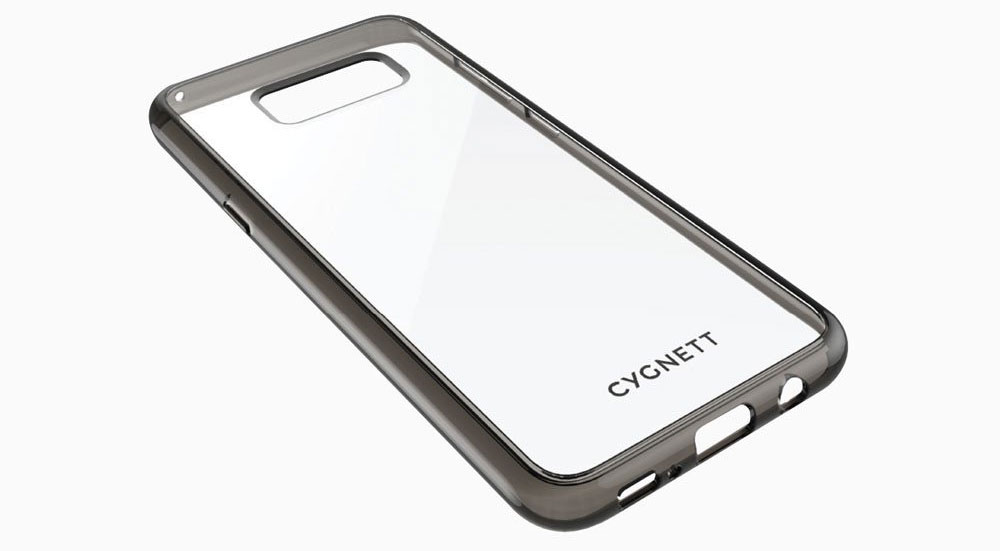 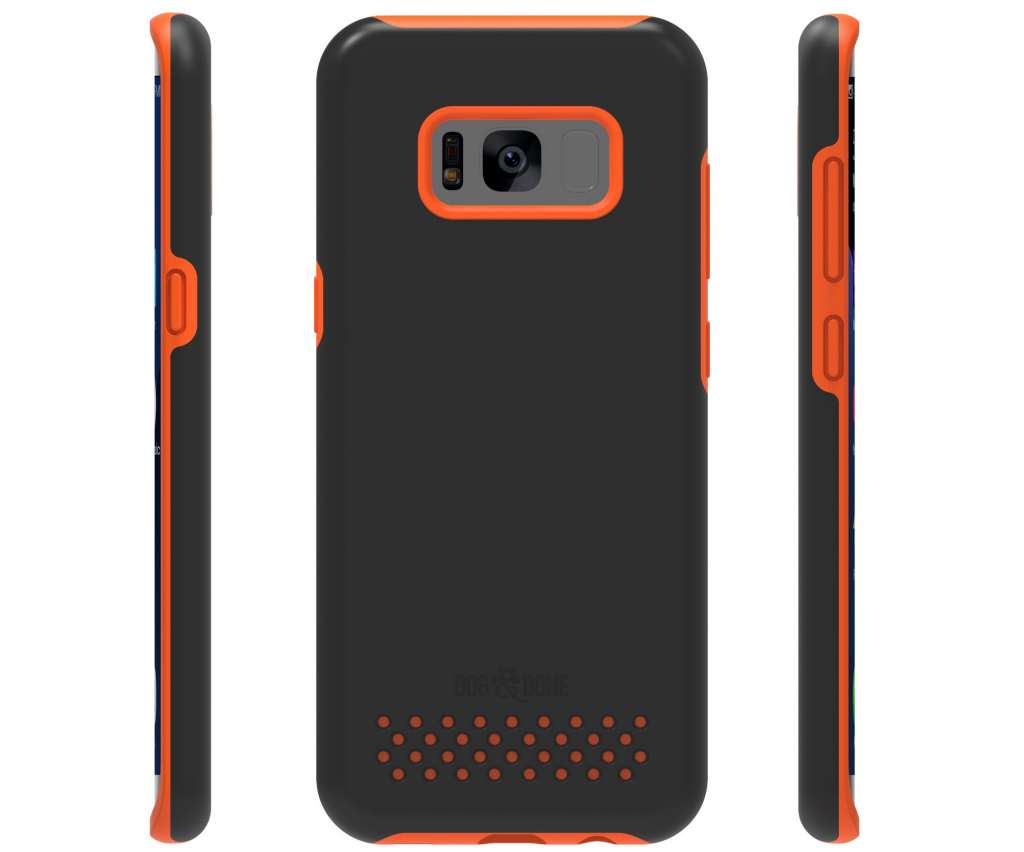 Another local Australian brand, Dog & Bone is a start-up that has been making waves not just for its cases, but its smart accessories, creating the world’s first smart locks, using Bluetooth and apps to open doors and luggage.

For the Galaxy S8 and S8+, Dog & Bone only has one offering that we know of, arriving in the form of the Fortifier, a rugged case that has been made to survive drops of up to two metres (2M), thanks to a rugged bumper and rear case offering accented colours, to boot.

It won’t protect the front of your phone, that much we can tell from its design, so if you go this option and you think “yeah, my Galaxy S8 is now rugged”, make sure to do the right thing and buy a screen protector from somewhere, too.

Dog & Bone’s Fortifier can be purchased from $50 for the Samsung Galaxy S8.

Not to be confused with EFTM, EFM is an Australian-owned case and accessory manufacturer known for its use of a neat little highly resistant material called “D3O”. For those who don’t know, D3O is basically a military grade flexible plastic goo that absorbs a tremendous amount of impact and can be used in all sorts of products, including some made for the military.

Used in a smartphone case, D3O works as a highly resistant material absorbing the shock and impact from falls to the ground, among other things.

EFM is using the absorption technology for the Galaxy S8 and S8 Plus in one style, with the Aspen Case Armour, which protects the back and sides in high-grade plastics with the D3O built into the edges, which is where the majority of drop problems will occur.

Available for around $60, EFM is also making a curved tempered glass screen protector for about $50. 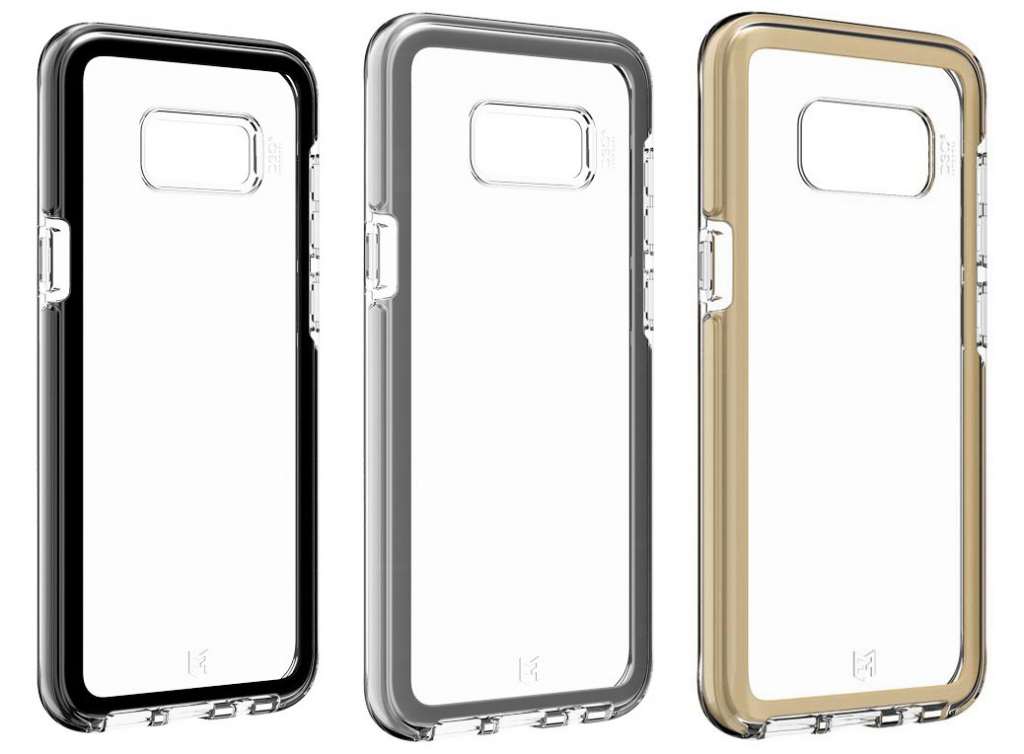 While Incipio has a bunch of options, LifeProof has but one, and it’s a case that is reminiscent of everything the brand has offered in its cases previously, working with the name: it’s essentially proofed against your life. 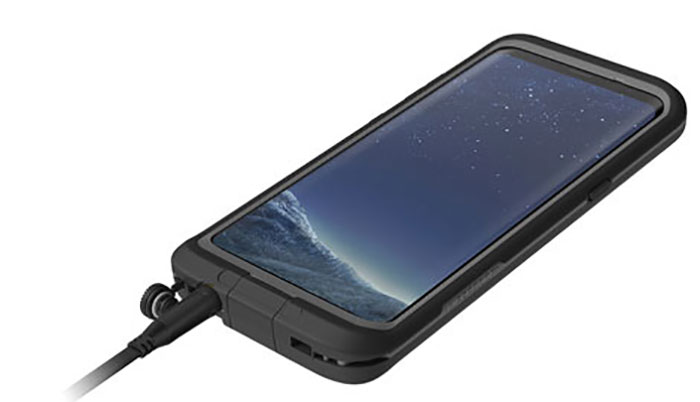 The “Fre” is the case, and it’s a two part case that will protect the front, back, and sides in a way that increases the water resistance of the S8 and S8+ so that it’s drop-resistant and snow-resistant, handy if you do a little more than risk the handset’s presence in the water.

There’s no price for Australia yet, but given the $90 US price, we expect this one to hit over the $100 mark locally. 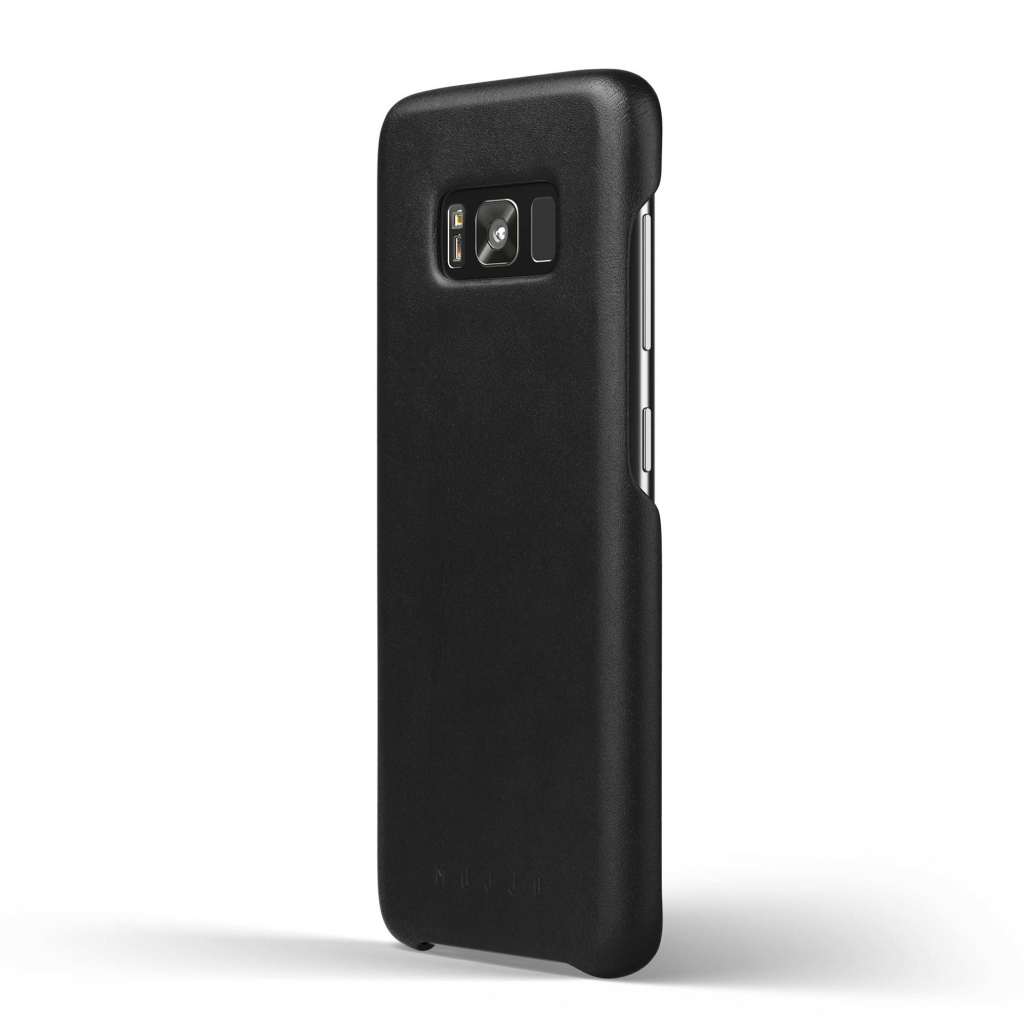 A very different case maker, Mujjo plays with high-end materials for the back of the phone, and the few Mujjo cases being made for the Galaxy S8 will bring leather.

Yes, that’s real leather, with both the S8 and S8+ able to be slicked up in something a little more luxurious than your typical assortment of plastic, more plastic, and yet more-albeit-slightly-hardened-plastic.

One of the more popular case options for any smartphone is getting a few for you to choose from, with one of the widest selections of S8 cases from any manufacturer. 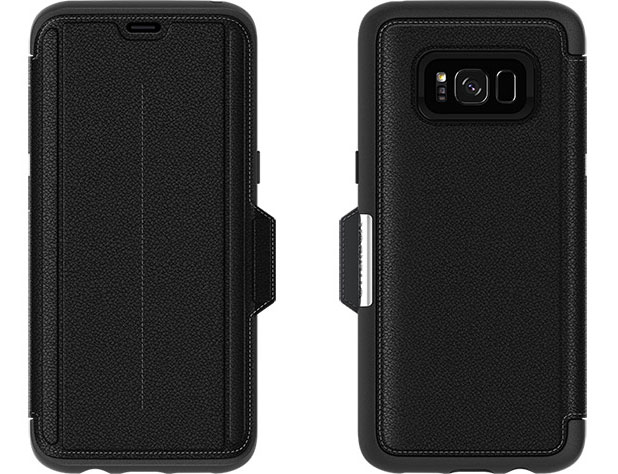 First there’s the Strada Folio, a case made from leather — yep, another one like Mujjo — though this one flips over with a way to protect the screen. This isn’t your ordinary flip case either, with toughened edges to help make the phone protected from drops. 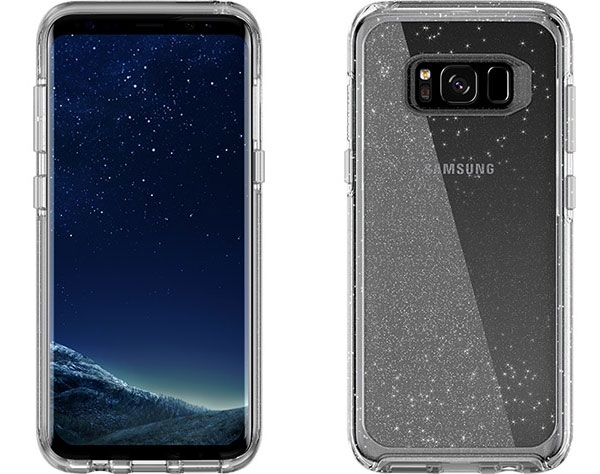 Next is the OtterBox Symmetry, and this is basically just the back and sides of your typical strengthened OtterBox case, with protection for the integral area — the sides — but not much more. 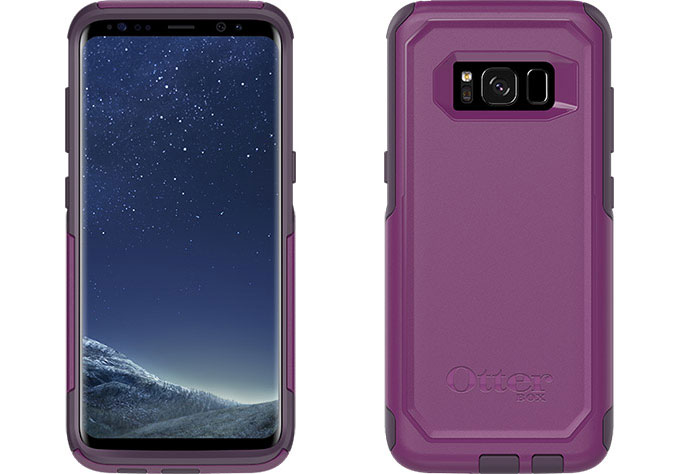 A little bit heavier duty again, the OtterBox Commuter adds an extra layer in that back to make it even more resistant to the world, with a slip case and a toughened cover. 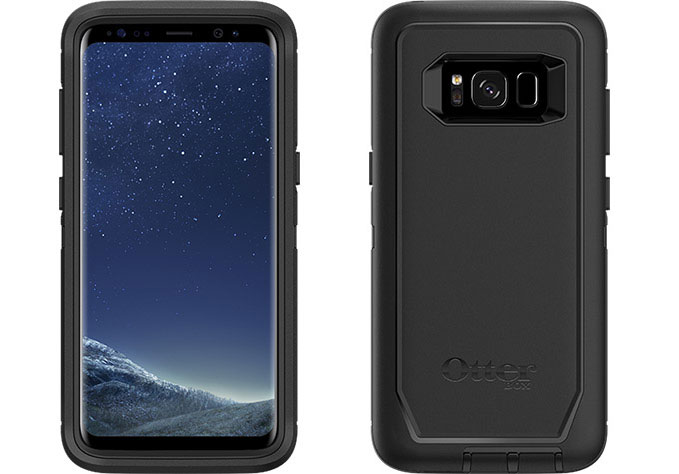 Then there’s the OtterBox Defender, which is basically the meatiest of all the cases in all the land, offering a three layer design of polycarbonate and rubber, not to mention a belt clip. Think of this as the heavy duty case for those going out to heavy duty jobs.

While all of these are available for both the Galaxy S8 and S8+, none of these include a layer to protect the screen, which is probably why OtterBox makes glass protection, too.

Australian pricing on the range isn’t known yet, but expect pricing from $40 for everything, with the Folio and Defender likely hitting above the $60 mark, though we’ll nudge OtterBox’s local people to see what we can find out.

Of course, Samsung has its own cases, and now that the phones are available your options include the translucent matte cover that also has a stand inside, known as the “Clear View Standing Cover”, meaning you can let the phone stand up in horizontal view all on its own, while use the phone through the translucent cover. 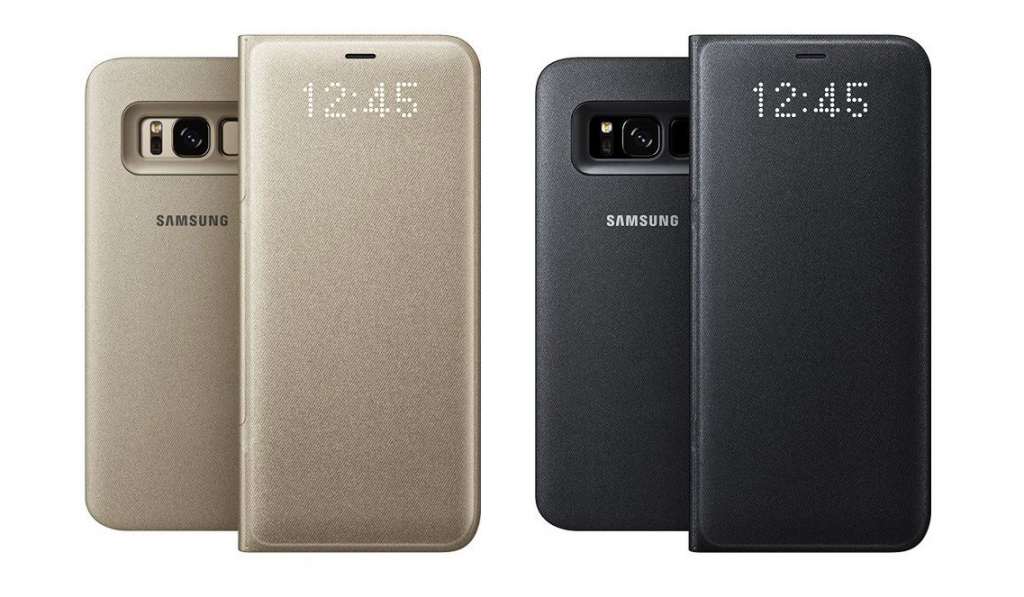 The “LED View Cover” is a slightly different take on the case that is very reminiscent of what HTC offered for its One M8 phone a few years back, with a case that glows a classic-looking LED clock through the case, but also lets you turn off alarms or answer and reject calls touching and swiping on the case when they happen.

No stand here, but the case should cover your phone nicely. 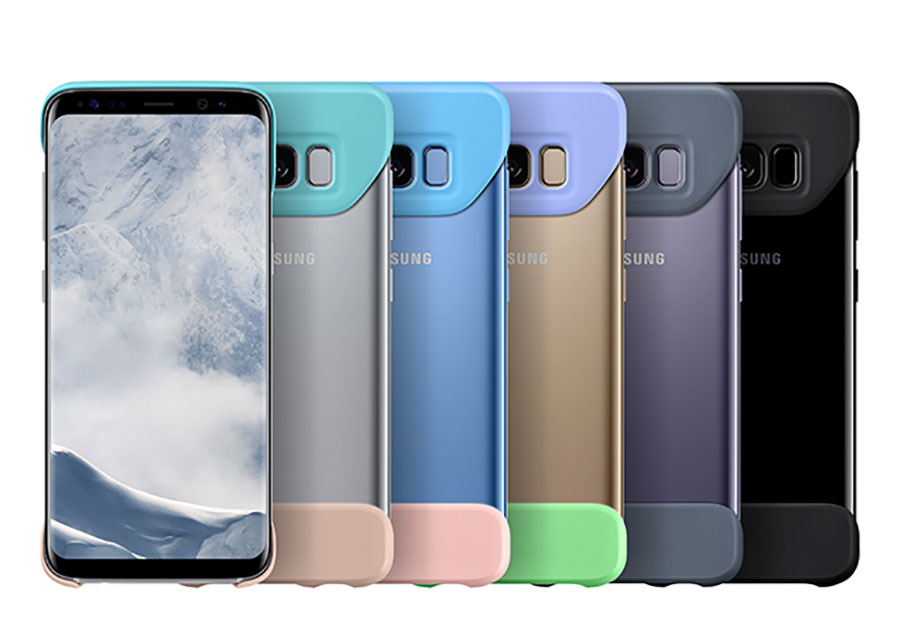 Not a fan of the typical case? No worries, because Samsung has the strangest phone case we’ve ever seen: the “2Piece Cover”.

Barely even a case, this is basically two bits of plastic that wrap the top and bottom of the phone for a modicum of protection. It’s about as strange as “strange” gets in the smartphone world. Seriously, we’re not sure we get it. 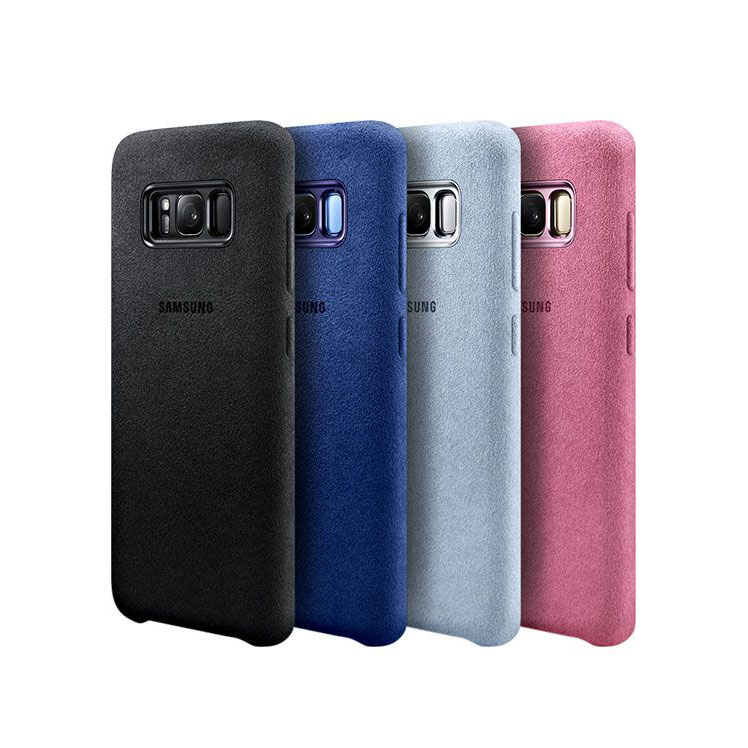 Finally from Samsung, there’s the fuzz, and by that we don’t mean the police.

Rather, Samsung has made a case with Alcantara, a neat little suede-like fabric that is stain resistant and fuzzy, giving your phone a different look and feel that also might be stain resistant.

One of the few smartphone case makers that kind of handles more Samsung cases than just the flagship models, Tech21 will offer five case varieties for the Galaxy S8 and S8+.

Formerly the purveyor of D3O technology, Tech21 has its own plastic absorption technology in play for the S8 and S8+, available in a few varieties. 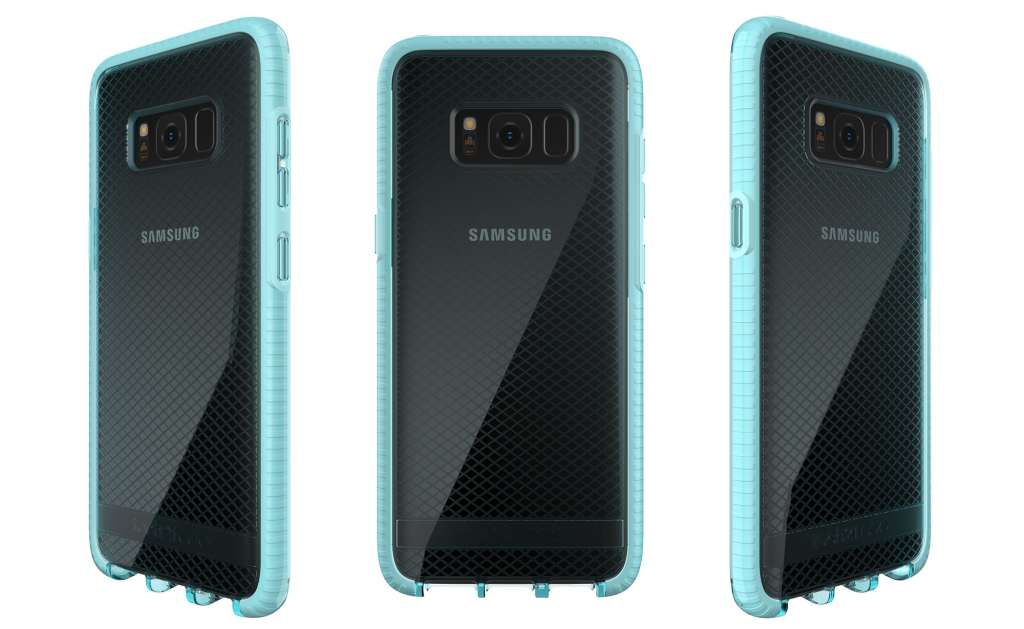 First is the $50 Evo Check, a thin plastic edge and rear protection to help the phone survive drops of up to 3 metres.

A slightly more expensive version will also arrive in the Lace Edition delivering a different look to it, while a speckled paint job will arrive in the Active Edition of the Evo Check. 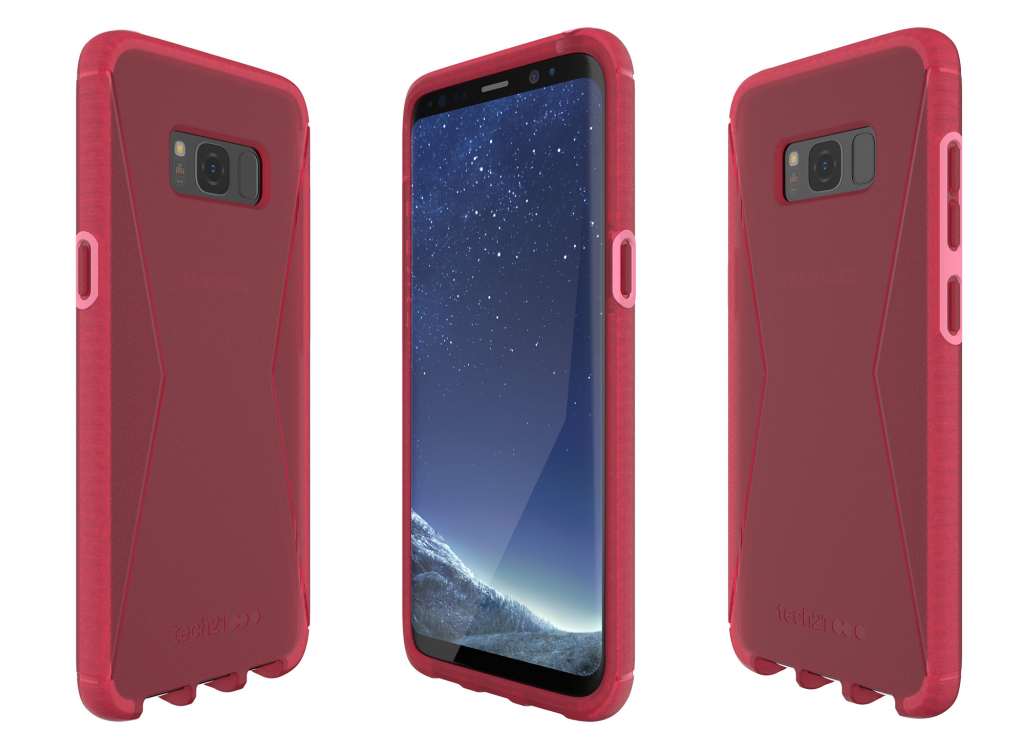 Tech21’s Evo Tactical is practically identical to the Evo Check, but with a different texture. Seriously, good luck telling the difference, especially with an identical $50 price tag.

This is actually the case we’ve been using, and the case doesn’t add too much thickness, while leaving a nice space for the fingerprint sensor that makes it so much easier to find with your finger once it’s wrapped up in the plastic of the Tactical’s casing. 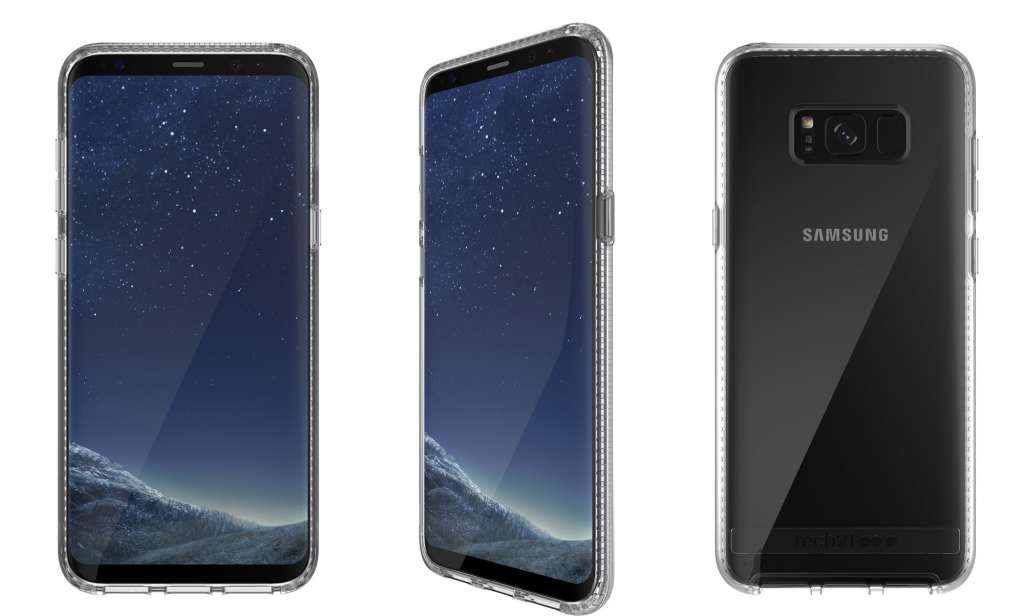 For the same $50, Tech21 will have the Pure Clear case, a thinner bit of protection that is both svelte and clear, protecting the edges and back with something that can survive up to a 2 metre fall.

Finally there’s the $65 Evo Wallet, and shock horror, this is a wallet-style of case, offering a flip design that can store cards while keeping the phone safe.

In a nice twist, however, the Tech21 Evo Wallet can actually have the front cover removed, so you can choose to protect the screen with the cover, or slim it back so that it resembles pretty much every other Tech21 case. The Evo Wallet has been designed to survive falls of up to 3 metres.