>Another day, another moment where someone on TV has made a suggestion we can debunk. Do video games make us more aggressive, or is this just drumming up controversy for the sake of views?

Sometimes I dread watching TV, but it still hits Twitter and then I don’t get a choice.

Take during elections. Political elections are usually a perfect time to black out television from silly advertisements that have the tendency to make me want to throw the set and common sense across the room, just like the people running the campaigns and whinging about it.

Video game controversies tend to be the other instance. Every time someone on television gets on their soapbox about how violent video games have the potential to break children, I’m glad I don’t spend much time watching free to air. And then as it always does, it shows up on the social networks I spend time at.

Like it did last night, when Nine’s Today show decided to tweet about how the massively multiplayer third person shooter “Fortnite” was giving parents a headache, and potentially leading kids to become more aggressive and lacking of empathy.

There isn’t much that gets to me: ugly bed frames, eggplant, knowing I spent three days of my life trying to get through “Batman & Robin” and realising that too many of that film’s lines are stuck in my head.

Dodgy science backed up by potentially dodgy research is another, especially when the issue at the heart is more one relating to parenting and not the video games themselves.

In this instance, I feel like we’re addressing that, as another TV psychologist gets on the soapbox and talks about all the horrible things violent video games do to children, and also won’t somebody think of them.

As someone who grew up largely parented by video games, I’m always curious when people trot this out, as if it’s a comment that can go by without being fact checked itself. The internet makes it possible to check this, so let’s do that.

There’s information on both sides of the topic, and while the Nine’s Today show psychologist points to the over 100, finding them to back her claims up isn’t necessarily as easy.

There is an entire Wikipedia entry on video game controversies, complete with sections on research methods and and links, but then there are also studies that debunk those links to begin with.

Another page we found listed 40 examples of studies detailing the effects of violent video games on children, and 25 of these suggested negative links, but the rest weren’t as sure, and many downright disagreed.

According to the American Academy of Paediatrics, there are over 400 studies with a significant link between games and violent behaviour, but the results aren’t necessarily as clear as all would believe.

In fact, one of the most recent studies from early 2018 claims there was “no evidence to support the theory that video games make players more violent”, with over 3000 participants in one study proving that.

Another released this year says the same, while a detailed piece from The Conversation explores this topic in more detail.

Therein lies the problem: there is not one definitive answer detailing if violent video games have a negative and aggressive effect on gamers. Some say they do, and others say they don’t.

You probably don’t know me, but if you do, you know I’m likely one of the nicest guys you’ve met. I like to help people, and I try to do it as often as possible.

My wife describes me as “her Gentle Leigh” just like Gentle Ben, and while I don’t host episodes on Homer Simpson and throw animal handlers to the side, I’m not what you’d describe as aggressive, and sit closer to passive than anything else. I probably have too much empathy for people, and even those I don’t particularly like, I will still try and help.

And yet I’ve played video games for my entire life. I can remember the first games I played on the Commodore Amiga our dad set up for my brother and myself, and I can recall a good portion of the games I’ve played throughout my childhood. I may still have the floppy discs and CD-ROMs for some of them.

Computers and video games were a manner of a babysitter for me, and while I’m sure my father didn’t think of them as such, I definitely spent more time inside than I did outside.

That means, my childhood had me playing non-violent games like “Kings Quest”, “Alex Kidd”, “Sonic the Hedgehog”, “Sam & Max: Hit the Road”, “X-Wing”, “Epic Pinball”, “Tetris”, “Nethack”, and countless others.

It also means that my childhood included a lot of other games that many would probably regard as not made for children, including “Wolfenstein 3D”, “Doom”, “Street Fighter II”, “Mortal Kombat”, “Quarantine”, “Duke Nukem 3D”, “Postal 2”, “GTA”, and others.

Unsurprisingly, I did not turn into a cold, heartless human being devoid of empathy and disconnected from other people. I’m not aggressive and I don’t go out of my way to take down others, though I also know that this logic doesn’t apply to everyone.

However out of the many, many people I have seen who play video games that I have connected with, I have yet to meet a gamer who has played these games and follows the rhetoric of being overly aggressive and lacking in empathy. That’s not to say they don’t exist, but that studies that makes these links may not be based in reality with actual gamers.

Addictive games and you

Regardless of where you stand with the research, addictions can change our personality. You see it with alcoholism, and you see it with drug abuse. You can even see the aggression addition can cause with someone who hasn’t had their regular fill of coffee in the morning, and the sort of anger that fills them with.

Addiction is ugly, and most of us know it. Most of it occurs with things we imbibe, that have the capacity to affect our brain and blood chemistry on a physical level, such as how alcohol makes you intoxicated, and how drugs give you a high.

But there’s an argument to be made about how anything can be addictive, and how side effects from those addictions can result be negative.

You can get addicted to jelly beans and chocolate, and throw a massive fit when you don’t get it. Millions of people are addicted to cigarettes from the nicotine found inside, and they tend to be rather un-fun to be around when they don’t get their fix.

And guess what? You can get addicted to video games as well.

This week, that addiction surfaced in the media with “Fortnite”, a free multiplayer game that offers a battle royale style of gameplay where everyone playing participates in a third-person free for all of cartoonish violence. Last player standing wins, and best of all, it’s free.

That’s your first reason to why it’s addictive: Fortnite costs nothing to play and is available on pretty much everything.

That’s your second reason for why it’s addictive: you can play it on pretty much any device, and chances are your kids have access to something it will work on.

And your third reason to why Fortnite is addictive is how multiplayer games work: the timing is constant and real time.

Like most multiplayer games, there is no pause button, and you have to keep playing to win. You get sucked in and you keep playing because when you play with other players, no one can hit the pause button and stop playing. The game just continues until there is a victor, and if you sneak out to go to the bathroom and you die, guess what: your player dies.

The addiction to Fortnite is pretty clear: the audience is playing a game that is free, playable from anywhere, and means if they stop playing, they don’t really have the ability to win.

Won’t somebody think of the children

It’s not hard to realise that kids are not what this game was made for, but like so many things, kids will inevitably get their hands on it.

Lots of things aren’t made for kids, and yet they can still get their mitts on those things. It’s not the fault of any of those things that kids can invariably access them, and yet it’s the first thing we tend to throw blame on.

If a child walks into an R18+ movie, we don’t blame the movie, but rather the cinema that allowed it and the parent (or possibly lack thereof) that somehow made it possible.

The same is true here: the intended audience isn’t kids, but that doesn’t mean kids won’t get their hands on it.

And yet parents can go out of their way to be parents, to do the whole “parenting” thing to stop it from being as dramatic a problem as some stories can make it out to be.

One of the first steps is to explore the video game yourself and then discuss it with your kids. Ensure that they know the game is for entertainment purposes, and as parents, do not use video games as a babysitter.

Set up boundaries and times your children can use these games if they must, and worst case, if they’re still not getting the message, engage in some parental controls on the router and lock those children out.

Fortnite is a multiplayer game, which means it’s an online game. If there’s no online access, there’s no gameplay.

Talk to your children about the game, and work out activities you can do as a family. You might decide to play video games with your children, or you might decide to do something else. Board games, chess, watching movies, or playing music. There are numerous options, and gaming devices don’t have to necessarily play a part.

Alternatively, take devices away until the kids need them. If they’re going to bed and you’re worried they’re playing games, take the phones away until the morning, giving them back on the way to school.

Your children may not be happy about it, but the video game is not the babysitter, and it cannot decide when the child has to go offline. Only the parent can. 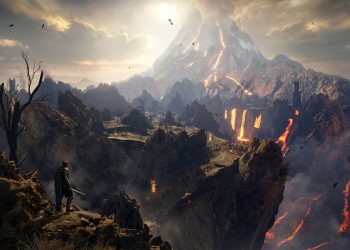 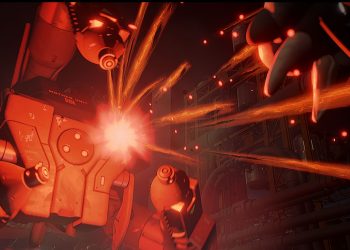