As 2017 draws to a close and more embrace their phones as the holder of their lives, is it too much to ask all Aussie banks to act in the best interests of their customers with standard mobile tap payment solutions?

Smartphones are some of the most capable contraptions of convergence at the moment, providing so much for your life in one neat big screened package.

They are your way to be a permanent social butterfly, messaging system, lifeline to friends and family, camera for everything you need, portable source of unlimited music, and a research mechanism for what you plan to make for dinner that evening. They are everything you need them to be, and is no wonder why we’re happy to spend big on these gadgets, holding onto them for anywhere between one year and five.

And more than ever, they’re your way to pay for goods and services, connecting with credit companies and banking institutions so you can spend without taking your wallet out, using the “tap to pay” concept that Near-Field Communication relies on in, sending a small signal to a payment terminal over the air securely just like a credit or debit card.

While the technology is pretty much standard and decided on — NFC — the platforms are varied, differing based on mobile operating system and sometimes manufacturer, resulting in three main players: Apple with Apple Pay for iPhone and Apple Watch, Google with Android Pay for Android phones and wearables, and Samsung with Samsung Pay for Samsung phones and wearables, the latter of which can usually be found alongside Android Pay.

These three platforms are generally seen as the standards, and the most forward thinking banks usually find themselves supporting at least one of the standards.

Android Pay tends to be the most popular, followed shortly by Apple Pay and Samsung Pay, but by and large Australian customers can have their needs filled by standards, as major financial institutions like ANZ, Westpac, Commonwealth Bank, and NAB support at least one of these, while credit companies like American Express (AMEX) and Citibank can handle the others. 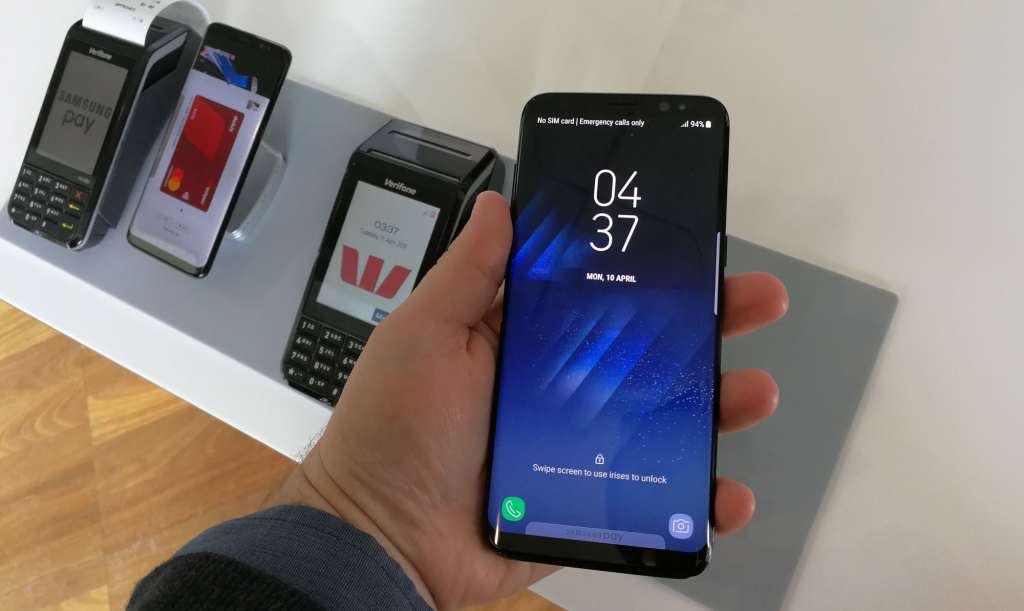 But not everyone wants to play. At least one hold out is playing a bit of a dangerous game, eschewing customers with any phone outside of those made by Samsung, supporting these devices with a custom app connection that ignores the idea of a modern user experience that’s easy and seamless to set up, and instead replaces it with one filled with frustration.

While players like the Commonwealth Bank adopt the standards set by Google and ANZ goes for broke and works with pretty much every operating system, St George’s latest update to its mobile application will allow modern Android devices made by Samsung to play the tap-to-pay game, but only if they follow a few rules:

If you match these little rules and wait for the application to do its thing, which in our experience took a good 24 hours due to problems, you will get your tap payment solution, which can work without pulling the phone back from standby.

But to say this is can be a frustrating system to set up is an understatement-and-a-half. This reviewer had to go through two separate phone calls with St George staff, each offering two sets of advice, and while the second guy had it nailed, the first confirmed that quite a few people were calling up complaining of troubles with the system, which apparently just doesn’t work as easily as it should.

Based on the experience we had, you not only need to go through the application — which is what’s suggested in the app — but you also need to dig deep into Android’s NFC settings and change some things around, ignoring the automatic selection of the right platform and physically selecting options to kick the technology into gear. When combined with the platform’s waiting process, St George’s mobile tap & pay solution takes hours rather than the minutes offered by standardised systems like that of Apple Pay, Android Pay, and Samsung Pay.

And while that’s enough to frustrate customers more prone to complaining than us, the real kicker here is that we got access, but Apple iPhone owners will not, and neither will owners of any other Android phone. 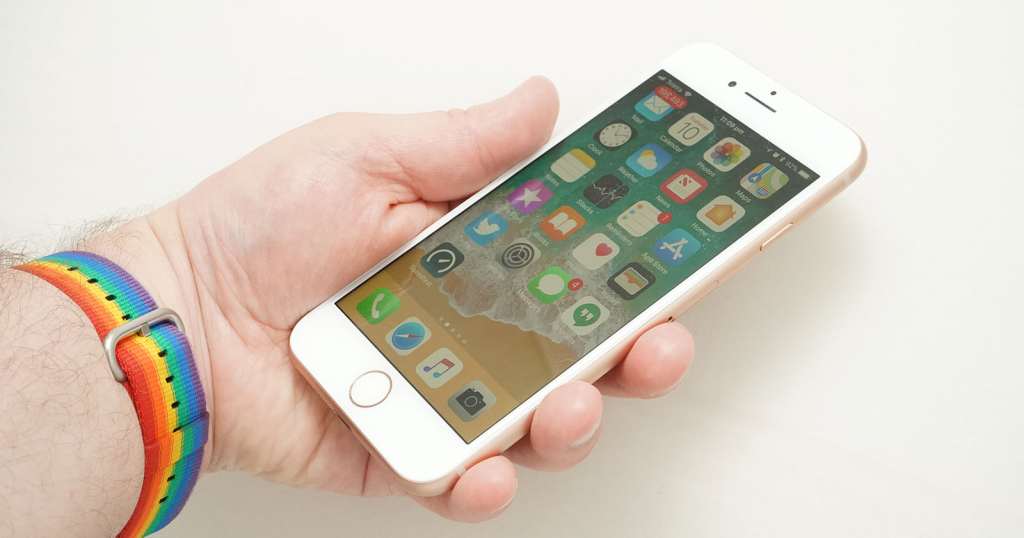 That is a remarkable oversight by a bank, and when you factor in the sheer quantity of money it must have cost for St George to develop this application — complete with a broken user experience and a limited user base — it boggles the mind to think why it didn’t just support a standard to begin with.

Since talking about our experiences online, friends and family have come out with suggestions, advising that perhaps we should switch banks, something that we suspect the other banks would relish in. Imagine the prospect: when asked why you’re opening an account with ANZ, you reply “my old bank refused to get with the times and support my smartphone choices”.

And yet that is exactly where we’re at.

While Apple Pay supports ANZ, Macquarie, HSBC, and more, and Samsung Pay gets you access to ANZ, Westpac, Teacher’s Mututal, an a whole heap of others, Android Pay tops the list with almost every option, supported by ANZ, Commonwealth Bank, practically every Aussie credit union, and Westpac.

St George is nowhere to be seen on this list, despite being owned by Westpac, and it isn’t alone in this area, either, with other major Australian banking player NAB missing in action, lacking support for the big three and building its own solutions.

It seems staggering that we’re at a point where customers will choose their bank based on the bank’s decision to support smartphones, but that appears to be where we could end up being, and it begs the question: why would a bank deny technological support to its customers in the first place?

The answer to that is clear: money. Quite simply, there is a lot of money to be made in the mobile payments space, and the big banks don’t always seem keen on letting players like Google, Apple, and Samsung having a taste.

But the problem is one that definitely needs a solution, because while the missing players eventually roll out support, it’s clear that the future is in the standardised technologies, because this also comes down to money, but for a different reason: support.

Simply put, the technological juggernauts of Apple, Google, and Samsung have more resources to throw at these problems, at these hardware and security issues that new devices will inevitably bring, and it is easier to just support them and their teams of experts rather than come up with a solution fraught with its own problems.

St George’s issue with highly selective supported hardware practically screams this fact, supporting only one brand of mobile hardware, and still having problems with it.

Given how many smartphones are currently available in Australia (Pickr’s tracking system is currently tracking 150 from the past couple of years), compatibility is an enormous task, and one we doubt St George is ready to throw money at. The number of phones available is monumental, and given how often some of us change phones, forcing you to buy one from a list that doesn’t change as rapidly as the mobile market (and can’t be upgraded) seems just plain crazy.

Back in August when we started developing this story, St George told Pickr that it would eventually bring Android Pay to its platform, with a spokesperson saying “We remain committed to bringing Android Pay to St.George Bank in the future. We will keep our customers informed and apologise for any inconvenience.”

However, Apple Pay support seems a little more murky, and at the time, St George told Pickr “Regarding Apple Pay, we are working through various mobile wallet options to understand the best way to bring this mobile payment services to our customers and we remain open to offering Apple Pay.”

If you happen to be a customer asking, shouting, begging, and pleading for these services — berating the support teams with shouts of “why does every other bank have this, but not mine?” — this is the position you’ll be stuck under, as your bank struggles to come to grips with the idea that a platform it didn’t make is the best path forward. Or there’s always the properly blunt approach, where you just say “never mind this, I’m switching banks”.

That last one is now a very real possibility, and now you just have to call on an old slogan: “which bank?”

The answer, however, appears to be any that plans on supporting your needs, because those are what really matters here, and that’s what the hold outs need to understand: that their idea of proprietary anything needs to move on, and support for standards is the only way forward.