TAG Heuer’s latest smartwatch impresses with its look, but sits firmly in the exy camp, so much more so than other high-end models.

The world of premium high-end watches is itself a thing, with thousands upon thousands able to be spent on a beautiful piece of mechanical art for your arm and wrist, but it’s one that doesn’t quite have an equal in smartwatches. Not quite, anyway.

You can spend up big on an Apple Watch, opting for the Hermès edition which starts at $1869, and there’s always the regular Apple Watch Series 7, but with a titanium case which pushes the starting price to $1269, both of which deliver a slightly more premium style of Apple Watch if you have extra money to spend. Over in the Android camp, there’s the Thom Browne edition of the Galaxy Watch 4, which we’ve only seen available in the US, and pushes the price up to around the thousand dollar mark in US dollars.

Each of those are smartwatches for big spenders, but there may be another option if you fancy an even more premium watch.

TAG Heuer has revealed its latest style of smartwatch, and much like TAG’s Mario-themed smartwatch, there’s no other way of saying it: “if you have to ask, you probably can’t afford it”.

We asked, and coming in at a starting price of $2600 in Australia, the TAG Calibre E4 is a model of smartwatch that most people probably won’t be able to afford.

However it’s also something very different, with a smartwatch made by a company with 160 years of watchmaking expertise. While not the first smartwatch from TAG Heuer, the latest forms part of its “Connected” range of wearables, with the latest, the Calibre E4, running on Google’s Wear OS, but bringing a look and feel made more in line with TAG’s mechanical watches, plus some health and fitness tech, as well.

There are two specific sizes of the Calibre E4, with both a 42mm and 45mm E4 model, each getting a screen supporting stronger contrast than the originals and allowing the display to be read inside and outside, pls the inclusion of an altimeter, heart rate monitor, compass, GPS, Bluetooth 5, and a battery that lasts a little longer on the larger model with support for as much as a “full day” when using some of the wellness and sport tracking features. In fact, one full day is all the Calibre E4 battery touts as hitting, meaning it’ll be a smartwatch you wear all day and charge while you’re sleeping.

TAG has announced a wellness app to go with them, the TAG Heuer Sports app, with guided workout routines, plus tracking of sports and activities, including cycling, swimming, running, golf, and even walking.

Encased in steel and covered in sapphire crystal, they’re both also clearly made as a watch, though there are some differences. While the 45mm includes a ceramic bezel with numbers around the frame, the 42mm E4 is all glass and screen with a thin bezel, going for a more minimalist take on the smartwatch.

But they do cost a pretty penny, and in Australia you can expect the stockists to have it to charge for it, with the 42mm model starting from $2600, while the larger 45mm Calibre E4 will start from $2950 locally. Expect it in select stores and online across Australia from March 10. 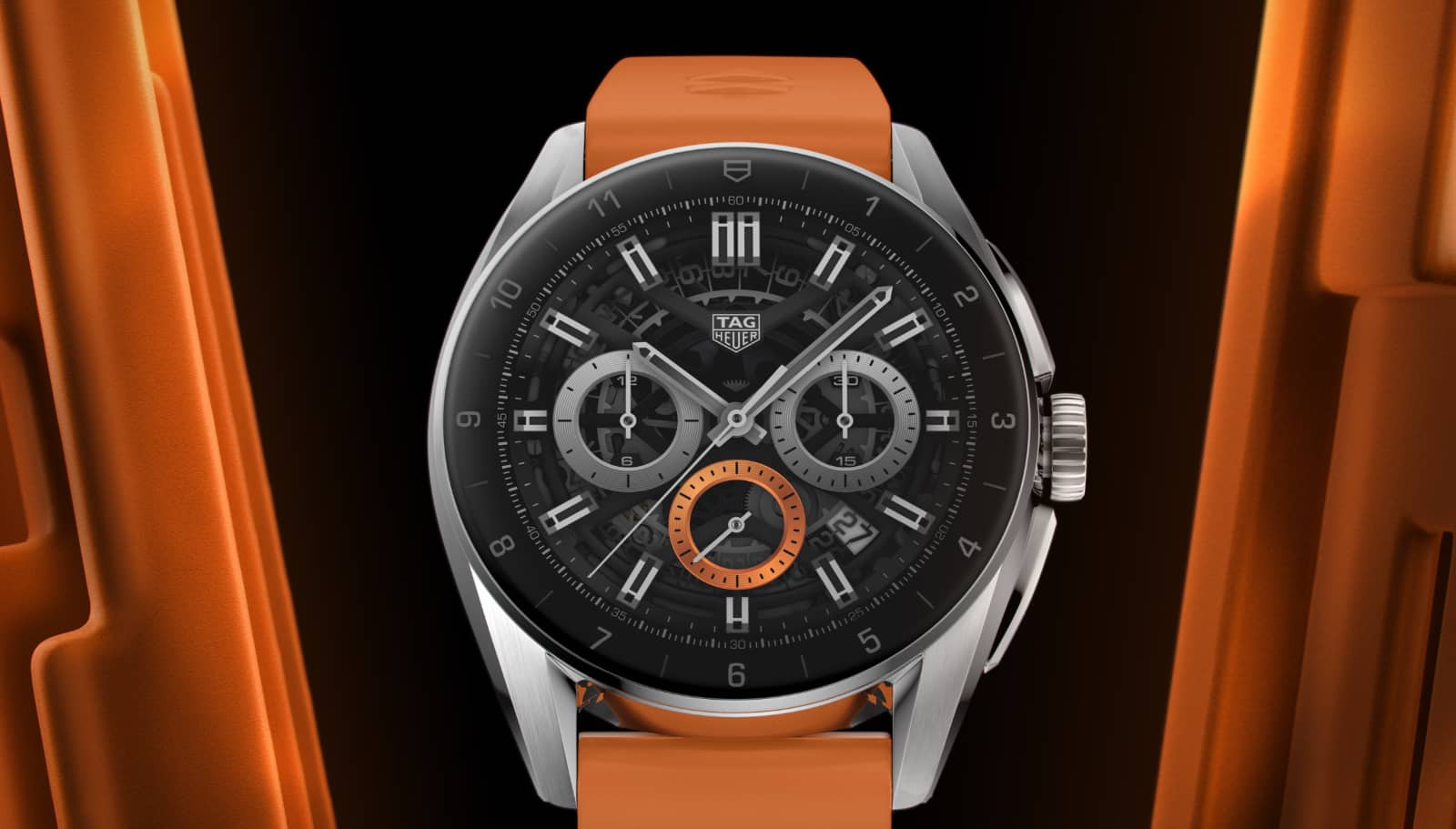