Nintendo fans looking for a one-of-a-kind smartwatch might find it in a limited edition TAG coming for around $3K locally.

Much like how special edition consoles, phones, headphones, and speakers are an occasional item throughout the year, so too, it seems, is the idea of the limited edition wearable, which tend to be similar to the standard model, but flaunting something a little bit extra.

For Apple, the limited edition wearable typically rocks up in the Hermes model, though that’s not so much “limited edition”, but rather a fashionable edition. With TAG Heuer’s latest, however, it’s definitely likely to be seen as more limited than fashionable, with a small number of units being made for its Nintendo collaborations, the “TAG Heuer Connected x Super Mario”.

Yep, you read that right: luxury timepiece maker TAG Heuer has teamed up with Nintendo to make a watch based on one of gaming’s most known characters: Mario. 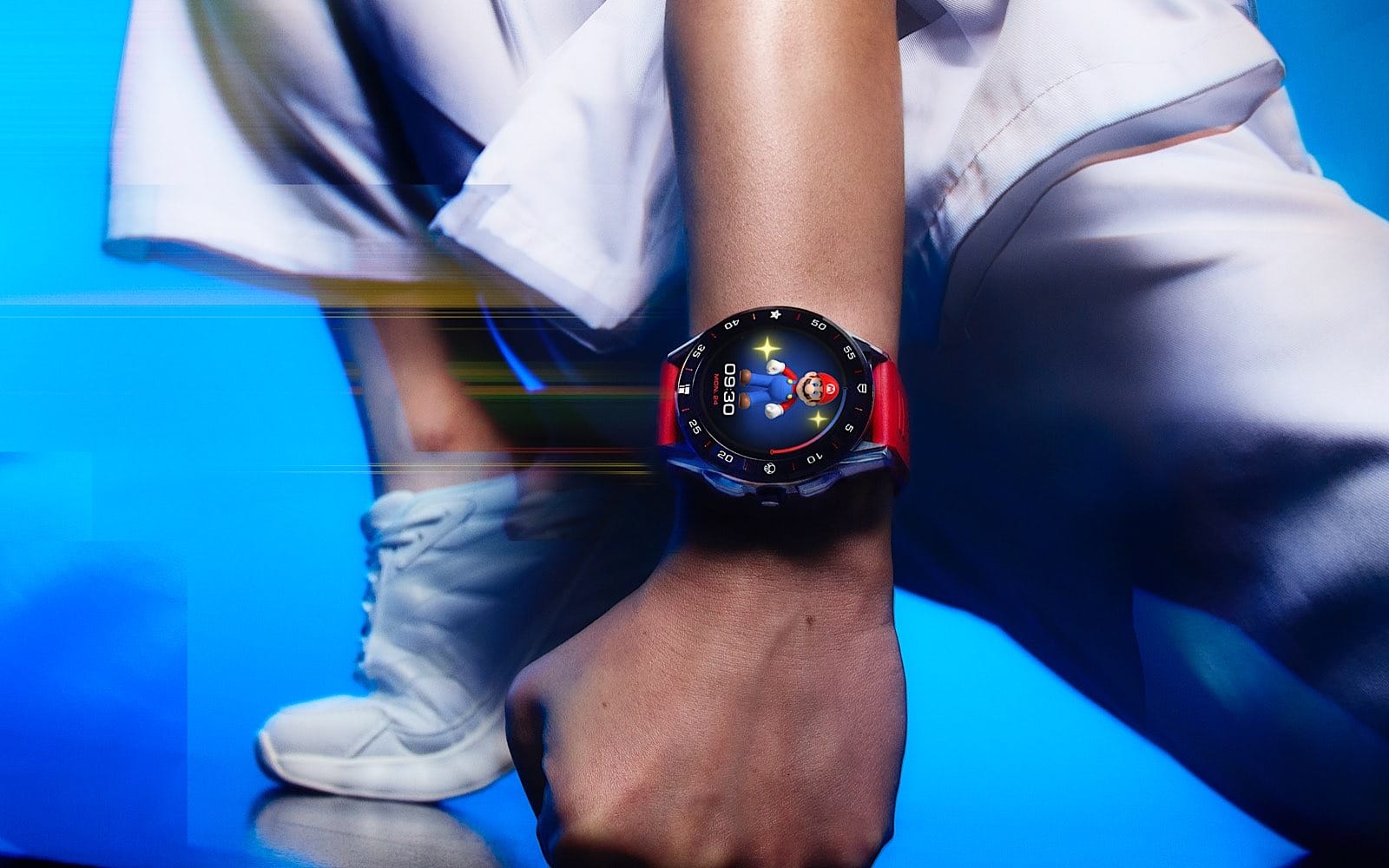 The concept marries TAG’s Wear OS-based smartwatches with a love for Mario, resulting in custom watch faces, icons around the custom metal watch ring, and animations to have Mario see you throughout the day.

He’ll say hello in the morning, play different animations as you reach your step count, and climb the Goal Pole from the game because you did it, reaching your own goal of sorts.

Because it’s focused on health and movement, TAG has kept it water resistant to 5 metres, and includes a heart-rate monitor and GPS, with as much as one day of battery life, which is about par for the course for any full-featured smartwatch these days. 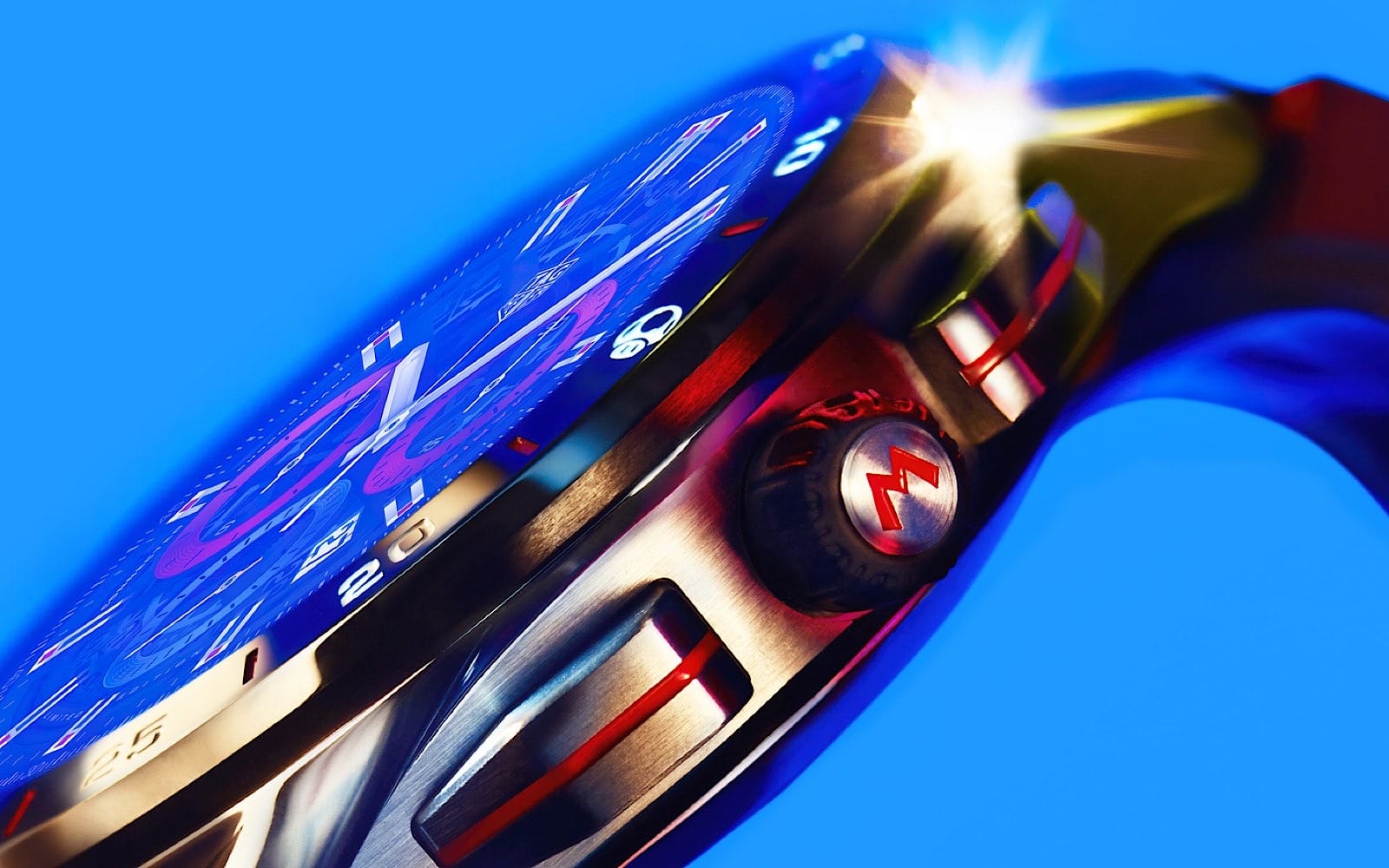 There are other touches, such as a red band reminiscent of what Mario wears, complete with the crown and push buttons feature Mario icons, as well as the “M” from Mario engraved on the strap buckle. There’s even an extra black leather strap in the case, which itself is red, too.

However, it’s also a smartwatch coming in limited quantities, with only 2000 watches being made around the world, and priced from a seriously high tag, so to speak. In Australia, the TAG Heuer Connected Mario smartwatch will cost $3100, making it very limited, as far as limited edition models go. 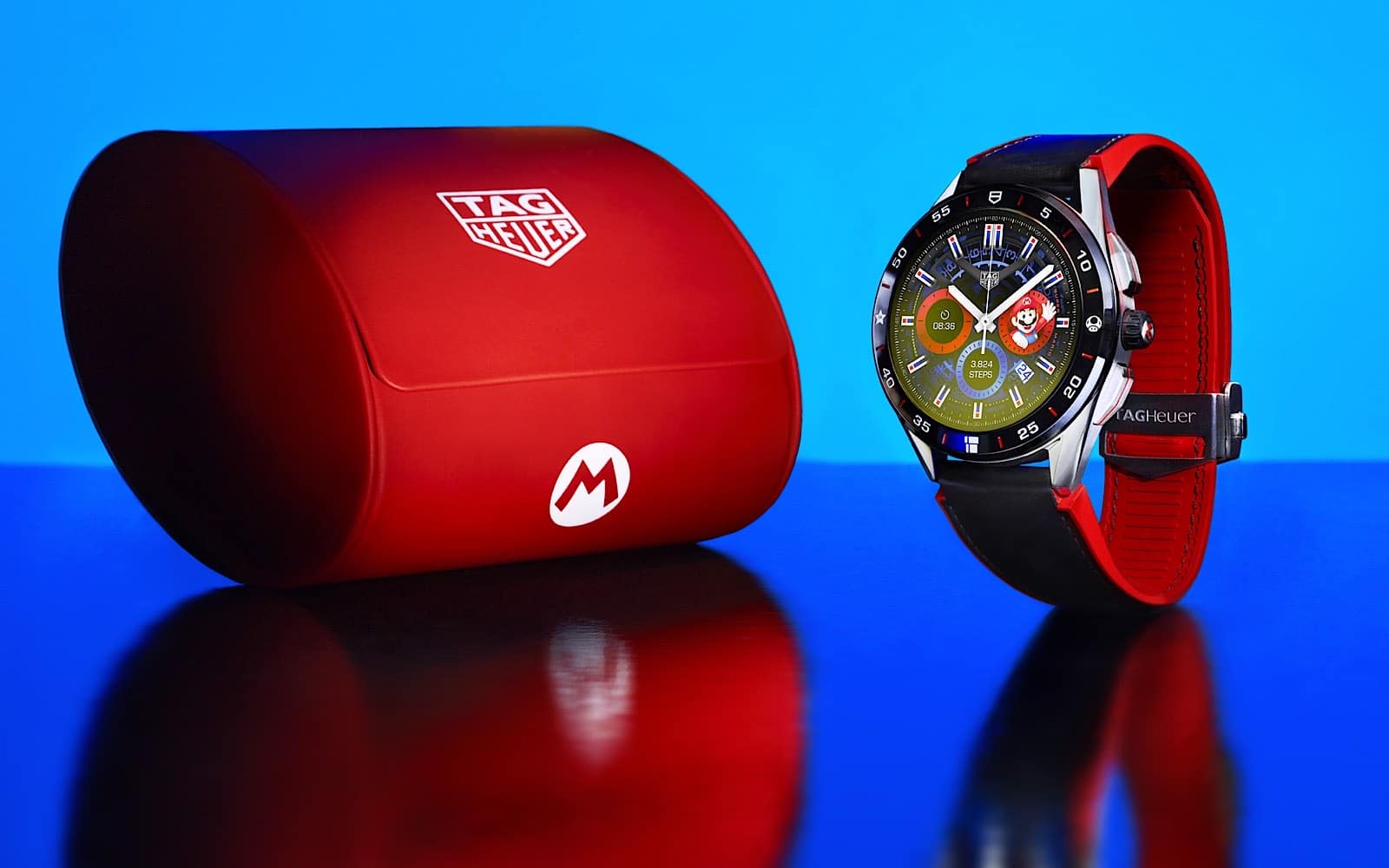