Don’t have one of those swanky new 3D audio soundbars? No worries, because Sennheiser is imparting the sound of spatial to folks with stereo on Netflix.

Sound is one of the most important parts of the TV viewing experience, but it’s one of the parts not everyone considers. So many people rely on the stereo sound system their TVs come with, and may be missing out on some of the more interesting ways sound can be presented, such as with spatial sound.

For those not down with the lingo, spatial sound is more or less what it sounds like, excuse the pun: it’s audio presented with a more spatial sound, moving beyond the simple left and right split that stereo provides, and offering sound that appears as if it’s happening not just all around you like with surround sound, but up above and below you.

Spatial sound is what the whole Dolby Atmos thing is all about, and can be found through headphones with a supported music service (such as on Apple Music) or with special speakers and soundbars that fire the sound up and bounce the audio off your walls and ceiling.

But because it works a little differently firing sound at walls and such, hearing it on your TV means you typically need that extra hardware, the special speakers and soundbars. There’s no shortage of choices, but hardware can be expensive, so if you don’t want to spend, you might be out of luck.

That is unless you’re watching Netflix, because the streaming service has recently teamed up with the sound experts of Sennheiser for something a little bit different: a spatial sound that can work on any stereo sound system, not just for those of us with special soundbars.

If you have a soundbar that supports either Dolby Atmos or DTS:X, you probably already know how spatial sounds, and if you have one that does the spatial stuff using head-messing psychoacoustic trickery — Sonos Beam, we’re looking at you — there’s a good chance you’ve heard it before, as well..

Sennheiser’s collaboration with Netflix isn’t really for you, focusing instead on stereo sound systems and the two channel speakers built into TVs. Together, the two have worked on spatial soundtracks for movies and TV shows, delivering what Sennheiser calls “Ambeo 2-Channel Spatial Audio” to some of the programming on Netflix.

Essentially, it’s a soundtrack designed to sound like Dolby Atmos spatial audio, but able to work in a stereo system, as Sennheiser uses special software to build a new soundtrack for the shows, creating the sense of space without the speaker needed for the spatial sound.

“We have worked with Netflix and other industry leading production people and re-recording mixers to make this as close as possible to an original Atmos mix,” said Dr Renato Pellegrini, one of the lead specialists from Sennheiser’s Ambeo team. 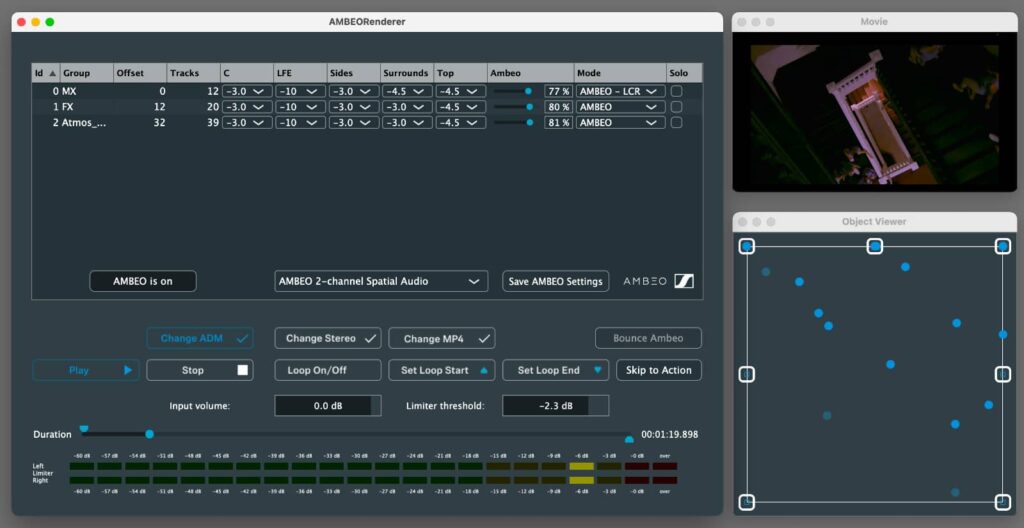 For Netflix productions using Sennheiser Ambeo soundtracks, it means a replacement of the original stereo mix, and a new rendition of the sound for every device, not just those with new speakers.

Furthermore, it’s one that Netflix says preserves aspects of the original mix, while improving the experience for Netflix subscribers.

“Re-recording mixers often tell me that it better translates their detailed immersive mix work to stereo,” he said. “Crucially, this process preserves the original sound mix and respects creative intent with a remarkably clean sound.”

As to why Sennheiser calls the technology “Ambeo” as opposed to just “spatial”, it comes back to the 3D sound Sennheiser already has products in. There’s a big Ambeo soundbar in market already, and Pellegrini told Pickr that it goes beyond merely Sennheiser’s Ambeo soundbars.

“Ambeo refers to an immersive experience more than a product label. Ambeo has always been related to all aspects of recording, mixing, rendering and playback,” he said.

“In contrast, virtualisation is traditionally used for upmix or Virtual Speaker renderings, this is not what we do here. We take a full immersive object based mix as an input, which delivers far more accurate results than any virtualiser could do.”

That makes Sennheiser’s Netflix Ambeo spatial soundtracks a little different from a virtual version, but also limited in use. Specifically, the selections cover Netflix productions almost entirely, including Red Notice, The Adam Project, Fear Street, the latest season of Stranger Things, and the upcoming new series of Resident Evil. We’re told Netflix’s Ambeo spatial sound should work on any version of Netflix, though, so as long as you subscribe, you should be able to hear the new sound, all without any extra special hardware.