Listening to TV at the right volume doesn’t always work well when two people disagree over what “right” is, but if you have the money, Sennheiser’s TV Clear could be the right compromise.

We all have different levels of hearing, and while some of us have great ability to hear things, others aren’t quite still there. Maybe it used to be something amazing, but these days it isn’t what it was, and so you typically rely on a pair of headphones to turn up the volume in music and podcasts, or maybe with a speaker system at home.

You can’t always do that, particularly if you’re listening in the same space as someone else. What constitutes the “right” loudness setting is different for everyone, and if you need to turn the volume up, but your partner or friends don’t, well that can lead to some uncomfortable situations.

Sennheiser has an interesting solution on the way that appears to work distinctively from the overall TV sound, coming in a truly wireless pair of earphones called “TV Clear”. 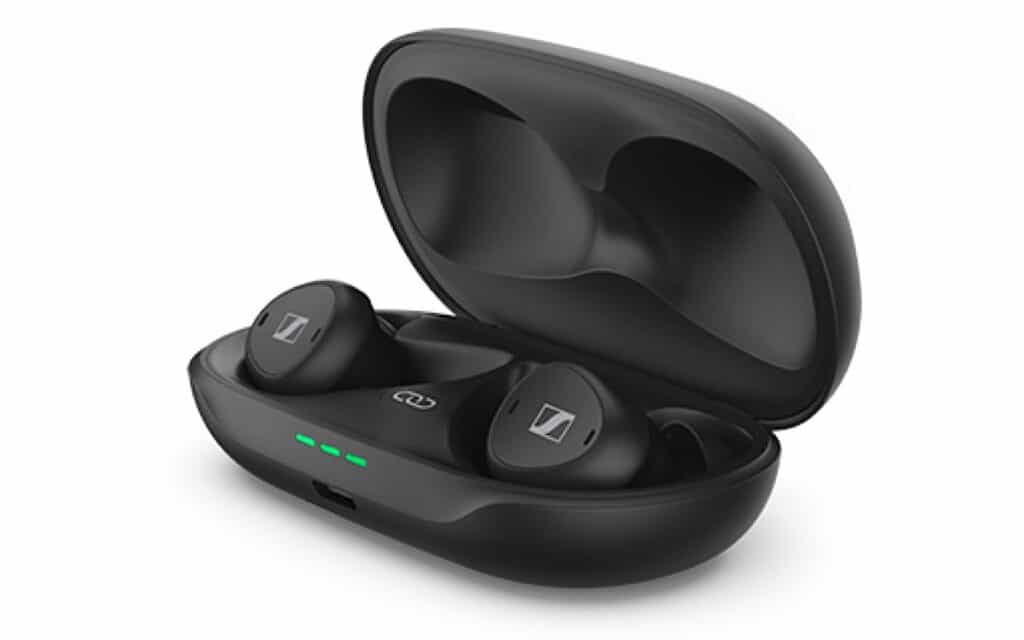 The idea is simple enough, with a pair of truly wireless earphones that can connect to a TV using a special audio transmitter, offering five sets of speech clarity levels and amplification, making these earphones connect to a TV specifically for that purpose.

Interestingly, they also run at a volume level that can be disconnected from that of the TV, so if the person you’re sitting with listens to audio at 50 percent, and you need it to be louder, the Sennheiser TV Clear will let you deviate and control the volume on the earphones for you, while they listen to the TV naturally at whatever range.

Sennheiser has also allowed the TV Clear earphones to connect to phones and tablets by way of Bluetooth, making them just slightly more useful for everything else, and not just a one trick pony.

Cordless TV headsets in the past have been known to be specifically built for TV viewing, and may not have worked with phones and such due to a difference in technology, often using wireless radio technologies that may not play nicely with modern devices. Here in the TV Clear, Sennheiser appears to have fixed that. 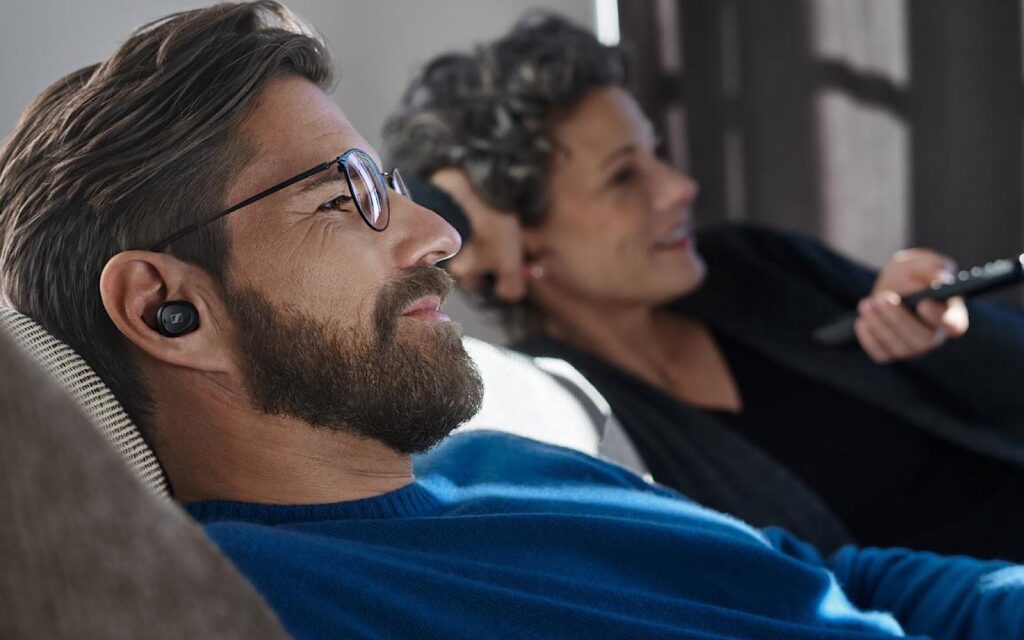 As to how long they’ll last, you should be able to get more than a few episodes of your latest binge in the TV Clear, supporting up to 15 hours of battery life, with an extra 22 in the case. That time is apparently for TV viewing, and Sennheiser hasn’t said whether it applies to Bluetooth use, as well. It wouldn’t be the first time we’ve seen excessive battery life in a pair of truly wireless earphones, though we suspect the Bluetooth life might be a little different.

It’s worth noting that Sennheiser’s wireless TV volume boosting gadget isn’t the only thing in this category, with local player Audeara recently updating its headphones with a similar TV-focused wireless transmitter, though its headphones are larger and not compact like the TV Clear.

There’s also support for an Ambient Awareness mode here in Sennheiser’s option, which basically just turns on microphones on the earphones and lets you hear through the earphones, handy if someone is talking to you, much like on other Sennheiser earphones, such as the Momentum True Wireless 3.

What Sennheiser hasn’t said is how the TV Clear will work with a soundbar, and our guess is that it might not. Rather, this is likely for people who stick to TV sound as it normally is, rather than opt for improving the sound using a big and meaty soundbar, like with Sennheiser’s Ambeo.

Pricing is the other factor, because the Sennheiser TV Clear are not necessarily cheap, launching later this year for $619.95 in Australia.