There’s a new SSD out in Australia, as Samsung improves its fast backup solution with a way to survive the harshness of life.

Backing up your data is always important, but keeping your backups protected is also a fundamental part of that, because it’s no good if your drive goes tumbling down to the floor and damaging the hardware underneath.

Break a drive and you’ll almost definitely affect what’s inside, with the integrity of your files and backups at risk, though that’s an area solid-state drives have helped with over the years.

Unlike their hard disk counterparts, solid-state drives (SSDs) are a stick of memory, and so don’t have the problem of featuring internal bits and pieces that might move out of alignment or break as easily when they fall. Typically shock resistant and more durable than external hard drives, the ability to survive life is one of the extra features alongside that of high speed, the other major feature an SSD provides.

But they’re not perfect, and depending on the model, may not be able to provide total durability, though some are better than others.

Back in April, Samsung announced an update to its high-speed T7 SSD in the form of the “T7 Shield”, a more durable incarnation, capable of surviving up to 3 metre drops and getting IP67 water and dust resistance, and although there wasn’t an Australian release at the time, there is now.

This week, Samsung Australia has chimed in to talk up the new model, announcing a 1TB and 2TB T7 Shield for Australia, priced at $239 and $459 respectively. 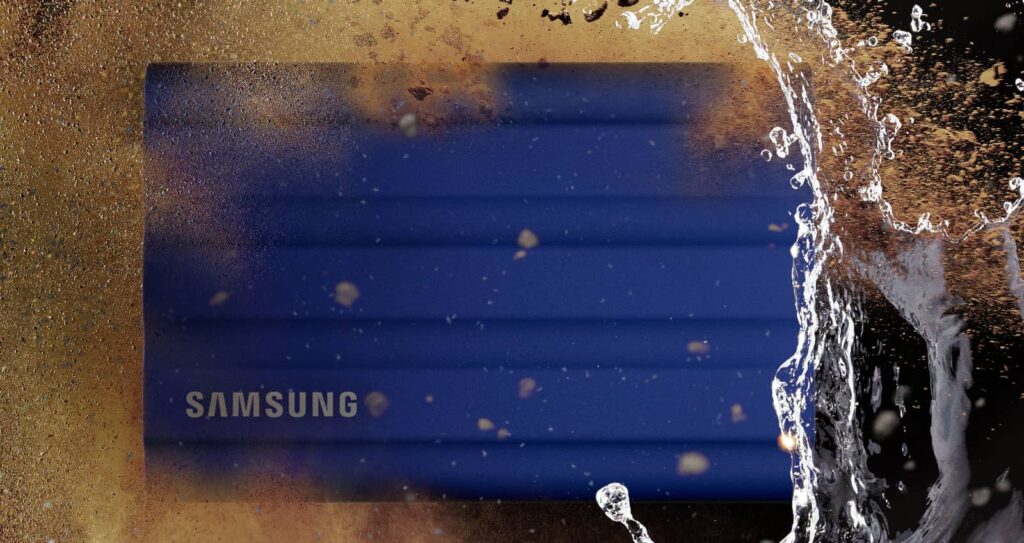 It’ll join some other memory-based announcements for Samsung, with “Pro Endurance” microSD cards which aren’t so much durable, but are meant to be used for devices that need to keep writing to the card.

We’re talking security cameras, in-car dash cams, body cams, and even action cameras, but you could use an endurance microSD card anywhere you might need memory, including a regular camera if you like, just be sure to bring the microSD to SD card converter.

The “endurance” angle of Samsung’s Pro Endurance microSD cards comes from the life, with up to 16 years continuous recording expected for the line, and running across four sizes: 32GB, 64GB, 128GB, and 256GB, priced from $19.95 for the former and $119.95 for the latter, joining some of Samsung’s other flash drives, as well.