It’s not just new TVs and a projector for Samsung’s AV/TV lineup in 2022, as Dolby adds wireless Atmos to the range.

Now that the season’s new TVs are rolling out fresh from their CES 2022 debut, it’s probably time to look at not just the very gadgets built to show off to your eyes, but also to your ears.

Alongside the assortment of big 4K and 8K TVs Samsung launched in Australia recently, there are also some new soundbars along the way, with the highest end model focusing on a 3D bubble of sound in your living room in more than just the typical way we’ve seen from companies prior.

If you’ve heard about the bubble of sound concept before — “spatial sound”, as most people call it — the idea is about not just sending surround sound all around you on the horizontal, but also on the vertical, using the ceiling as a way to play sound around where you sit, so sound can also be vertical, not just in the front, to the left and right, and even behind you. While most people don’t have speakers built into the ceiling for this, speaker manufacturers instead can use little speakers to fire audio up and have it bounce off the ceiling, using timed sound to create an effect that the soundtracks you’re listening to are happening all around you.

We’ve seen this before in soundbars that fire audio from the front alone, gadgets like the Sennheiser Ambeo and Sonos Arc, but these are 5.1.2 systems in that they have five channels of horizontal sound, one channel of a subwoofer, and two channels fired up, the latter of which fire from the front (hence 5.1.2).

This year, Samsung is launching an 11.1.4 soundbar system, utilising 11 channels of surround sound on the horizontal plane — both front, back, and around you — plus one subwoofer channel, and then four vertical, firing upward sound from the front and back, and then managing to handle those rear speakers wirelessly, delivering the 3D sound of Dolby Atmos without cables.

We think Samsung has achieved 11.1.4 before, but to do the rear speakers with Atmos wirelessly, that’s a new trick, and one Samsung says handles latency entirely by the system, with no changes or tweaks needed by customers.

What’s more, Samsung will do this with a calibration technology set up to optimise the sound in the home, fitting the space to match its 11.1.4 Q990B soundbar. 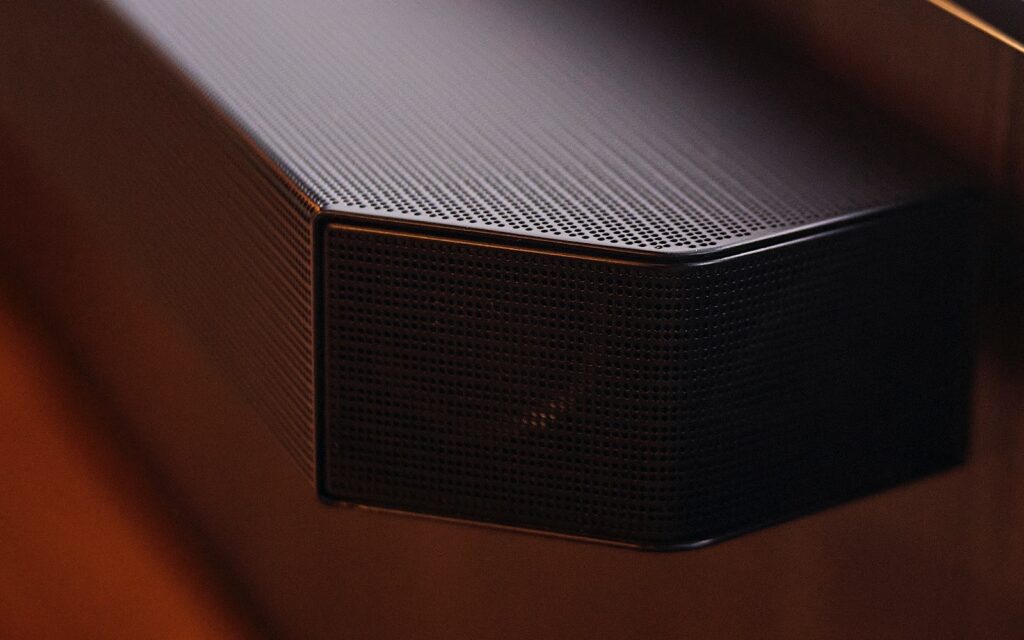 It won’t come cheap, mind you, with the Samsung Q990B setting the benchmark not just in sound, but in pricing for its soundbars this year, costing $2099, though surrounded by other models, including models below it offering seven channels of surround and five channels of surround, dependent on how much you want to spend.

There will also be soundbars without spatial sound in the line-up, but focused instead on design, coming in Samsung’s S800B and S801B ultra-slim soundbars, which cut back the thickness and make the look of the TV speaker minimalist, also omitting Dolby Atmos in the process.

They’ll cost $999 in Australia, with the range launching now. 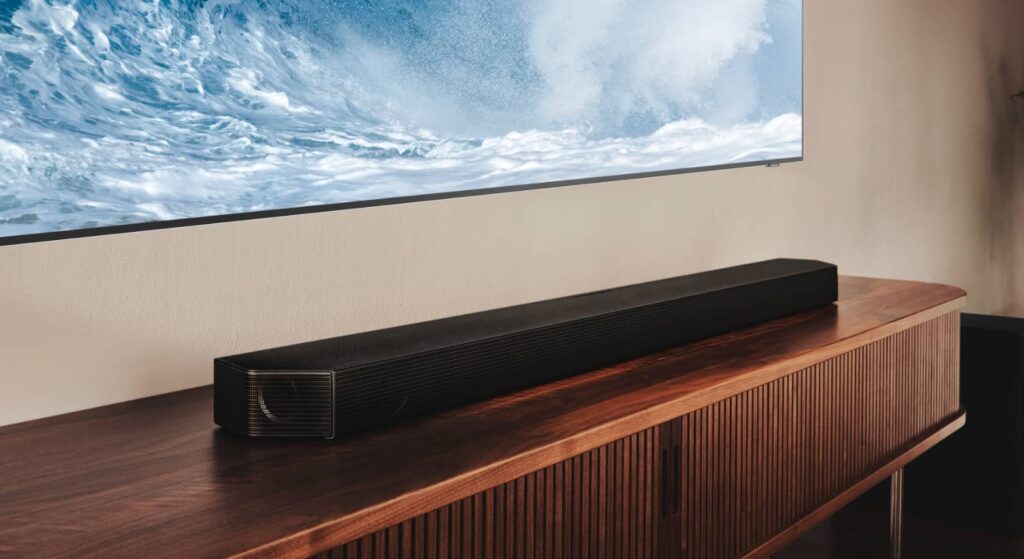