Your TV should look dynamic and pretty and colourful and brilliant, but a return of tech from Philips will see that colour bleed into your room in another way.

Depending on how old you are and when the last time you bought a TV was, you might be old enough to recall a TV type Philips released several years ago using a technology called “bias lighting”. The idea was simple: lights built into the edge of a TV that could change colour based on the colour showing on each side — essentially, lights that were focused on the colour where they were positioned — lighting up the room as if the image was bleeding off the TV into the real world.

When Philips released the idea, it came in its “Ambilight” TVs, which provided more colour on the wall, creating a slightly more interactive take on TV in the home.

Philips has since moved into other categories, and while you can still do the colour bleeding trick with a TV, you typically need to link it up to a Philips Hue light such as a Philips Play Bar set sitting at the back of a TV, and then make the connection either by synchronising the video from Hue Sync software or by using a special HDMI switch box.

Both will work with any TV, but require some extra hardware and setup.

However they may not be the only way to bring Ambilight to life, because it seems Philips is back in Australia with a new assortment of Ambilight panels, and they even sport some new tricks. 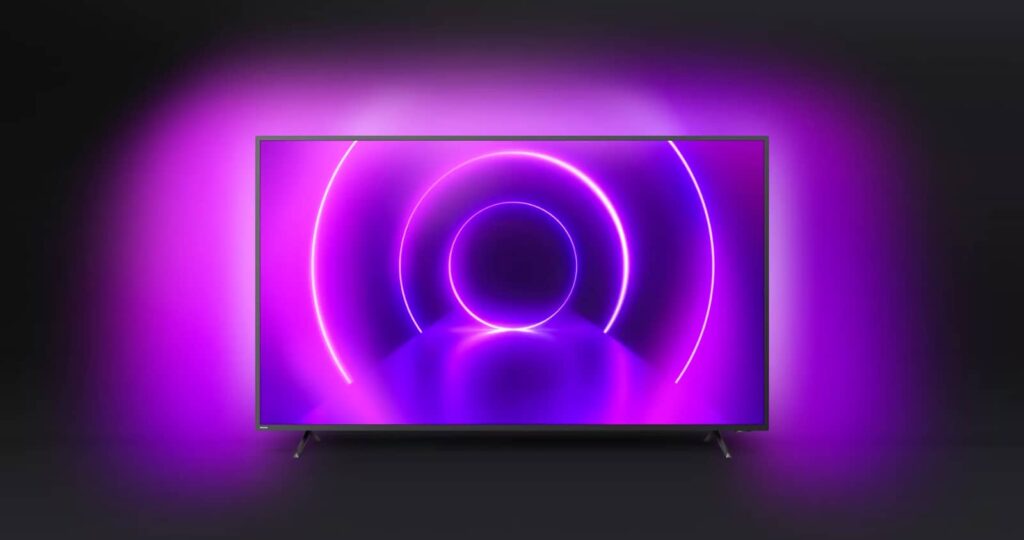 The new generation of Philips Ambilight TVs covers an assortment of technologies, with Ambilight models from $1095 for a 55 inch, covering standard 4K LED-backlit models and 4K OLED models, running a range of sizes as high as 86 inches in the LED-backlit option.

Philips hasn’t said which company is supplying the hardware here, but the tech does aim to be colourful, and also compatible with Philips Hue gear, such as the Play Light Bar. While you’ll find LED lighting for the Ambilight component in each model, if you have Hue lights in your home, the Philips screens can apparently be linked up with those bulbs for more colour spread in your home.

They’ll also reportedly come with another feature that’s less about what’s on your TV, and more about using the lights to relax. Essentially, Philips’ “Ambisleep” concept can keep the screen switched off, but have the TV lighting switch on, emulating a sunset at any time, or even a sunrise if you feel you might respond to lights for an alarm instead of sound, or even one of those handmade musical alarms.

As to the whole TV side of things, the return of Ambilight appears to be 4K across the board, with Dolby Atmos sound on-board, though that’s likely virtualised given the small speakers of a TV.

Like many other TVs, though, it seems that Philips is looking to compete on price, with three model ranges out, covering the Philips 7906 LED-backlit in sizes ranging from 50 to 75 inches, the Philips 8265 in 75 and 86 inches, and OLED options in the OLED805, available in 55 and 65 inches. Both look set to be available now in select stockists across Australia. 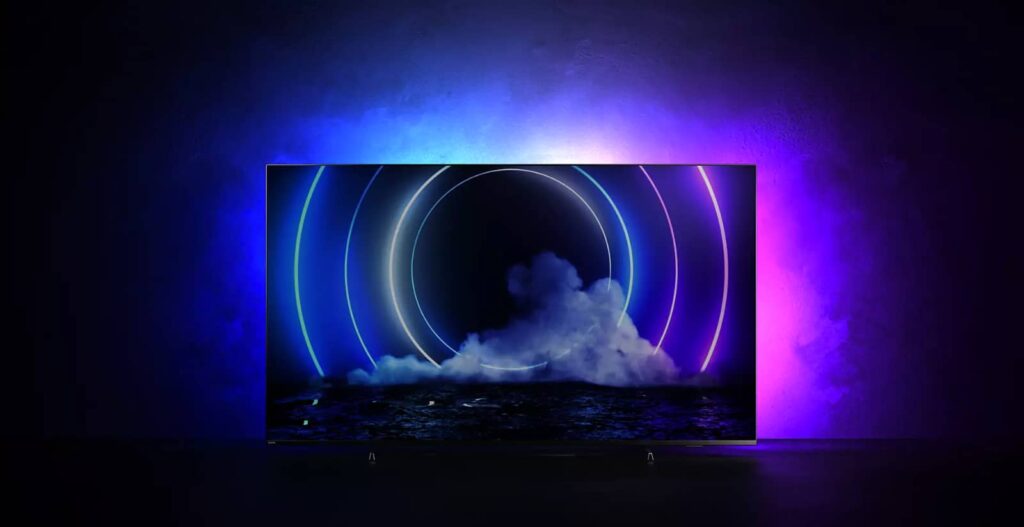