Cleaning your clothes gets a dose of artificial intelligence as LG taps into AI with its high-end laundry machines this year.

The world is changing with machine learning and artificial intelligence, with much of it weaving its way through your phone and computer, but if you want to see it affect your clothes, you might just have to turn to some laundry machines this year.

Granted, they’ll likely be on the expensive side of things, but LG has recently talked up what we can expected from an addition to its laundry machines in 2022, sporting an “Artificial Intelligence Direct Drive” technology, what can use sensors to detect laundry load size, fabric type, and the level of soiling garments have, using an appropriate amount of detergent and then washing.

That’s what happens on the washing machine side of things, while people who have a linked dryer will automatically send the right drying cycle to a paired dryer to care for the fabric in an appropriate fashion as well.

Even if that doesn’t happen, LG’s AI Direct Drive technology uses an infrared sensor inside the machine to measure the temperature of the clothes, and then control the drying temperature accordingly, ideally so clothes won’t get too hot.

Most washing machines are obviously now endowed with any sense of learning or synchronisation technology, and we typically just throw clothes in on a wash cycle, and then throw clothes in on a dry cycle, so you probably shouldn’t expect these models to be all that inexpensive. In fact, they may well be similar to Samsung’s approach, which has previously used AI on laundry machines arriving with high-ish prices. 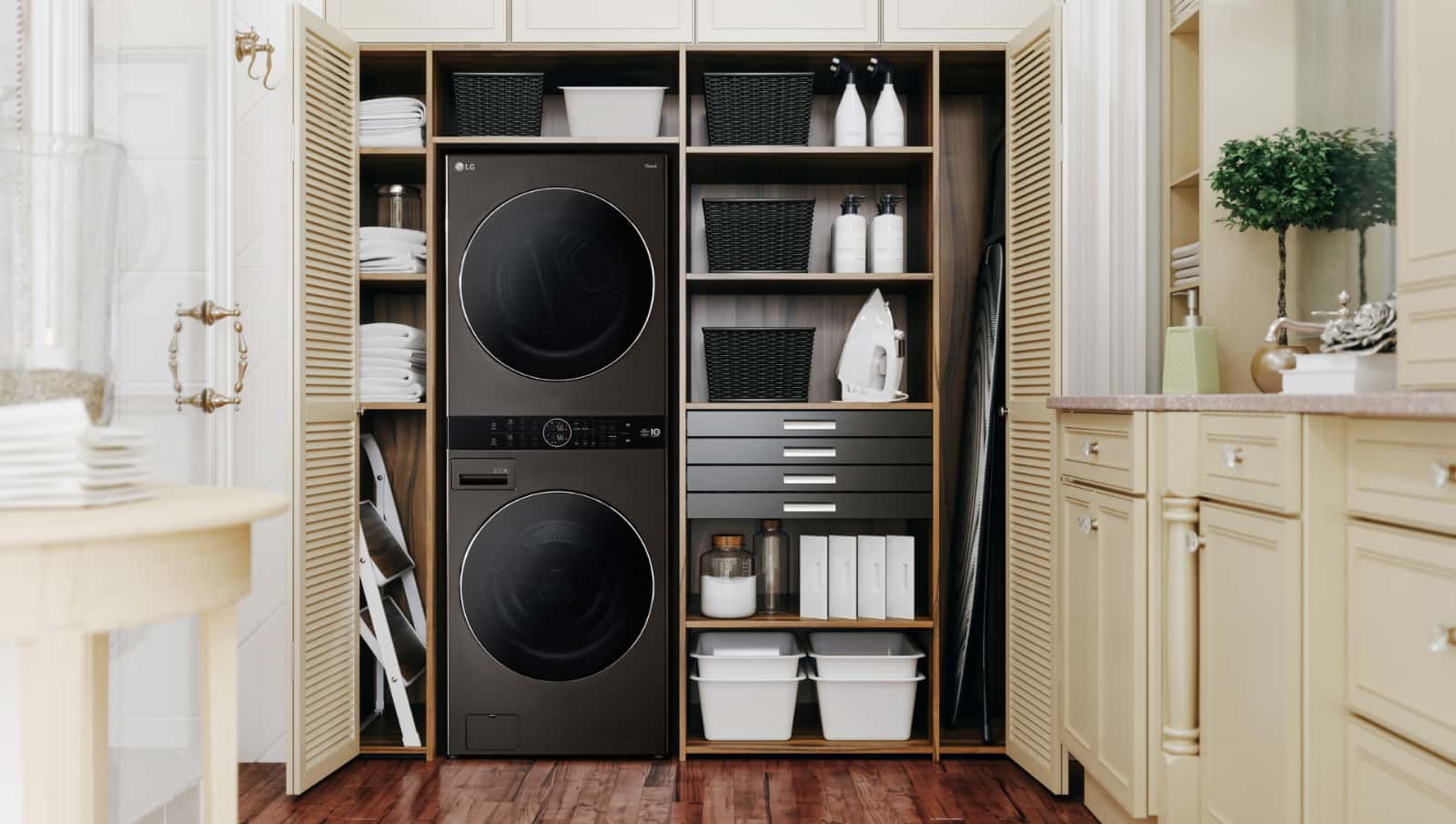