Bowers & Wilkins adds Atmos to its soundbar in Panorama 3

It’s not just Sonos or Sennheiser with a big Atmos soundbar, as Bowers & Wilkins adds to the sound space, too.

One of sound’s legendary names is making a stab at the world of Dolby Atmos’ style of surround sound, as Bowers & Wilkins looks to give Sonos a serious competitor, at least from what’s announced this week.

Priced like the Sonos Arc, though not quite as hefty as Sennheiser’s $4K Ambeo Atmos soundbar, the $1499 Panorama 3 is B&W’s push into the growing spatial audio market with a soundbar for the TV, delivering surround sound through an assortment of speakers but no subwoofer.

If that sounds familiar, it’s reminiscent of what Sonos did with the Arc, even if this is the B&W flavour of that, with a speaker design that may make you think of that, as well.

Much like other single Atmos soundbars, B&W has managed to throw the tech needed for spatial in the one box, bringing 400 watts of power and 13 drivers in the one place, including two subwoofers and two upward firing speakers. There’s support for both AirPlay 2 and aptX, obviously support for HDMI given it’s a soundbar, while the B&W app will include connections to other music services, such as Deezer, Tidal, and others.

And if you happen to have other B&W speakers like the Zeppelin, multiform support is a thing, though only with other Bowers & Wilkins products.

“It combines all the performance and pedigree of a Bowers & Wilkins product with the best in elegant design and effortless usability,” she said. “I’m sure our fans will love its class-leading combination of room-filling sound and comprehensive features.”

The price of B&W’s Panorama 3 is definitely interesting, with the local site suggesting it’ll hit the same Australian $1499 of the Sonos Arc when Bowers launches it in Australia later this year. As to how good the Panorama 3 will be, we’ll let you know when we got ears on later on. 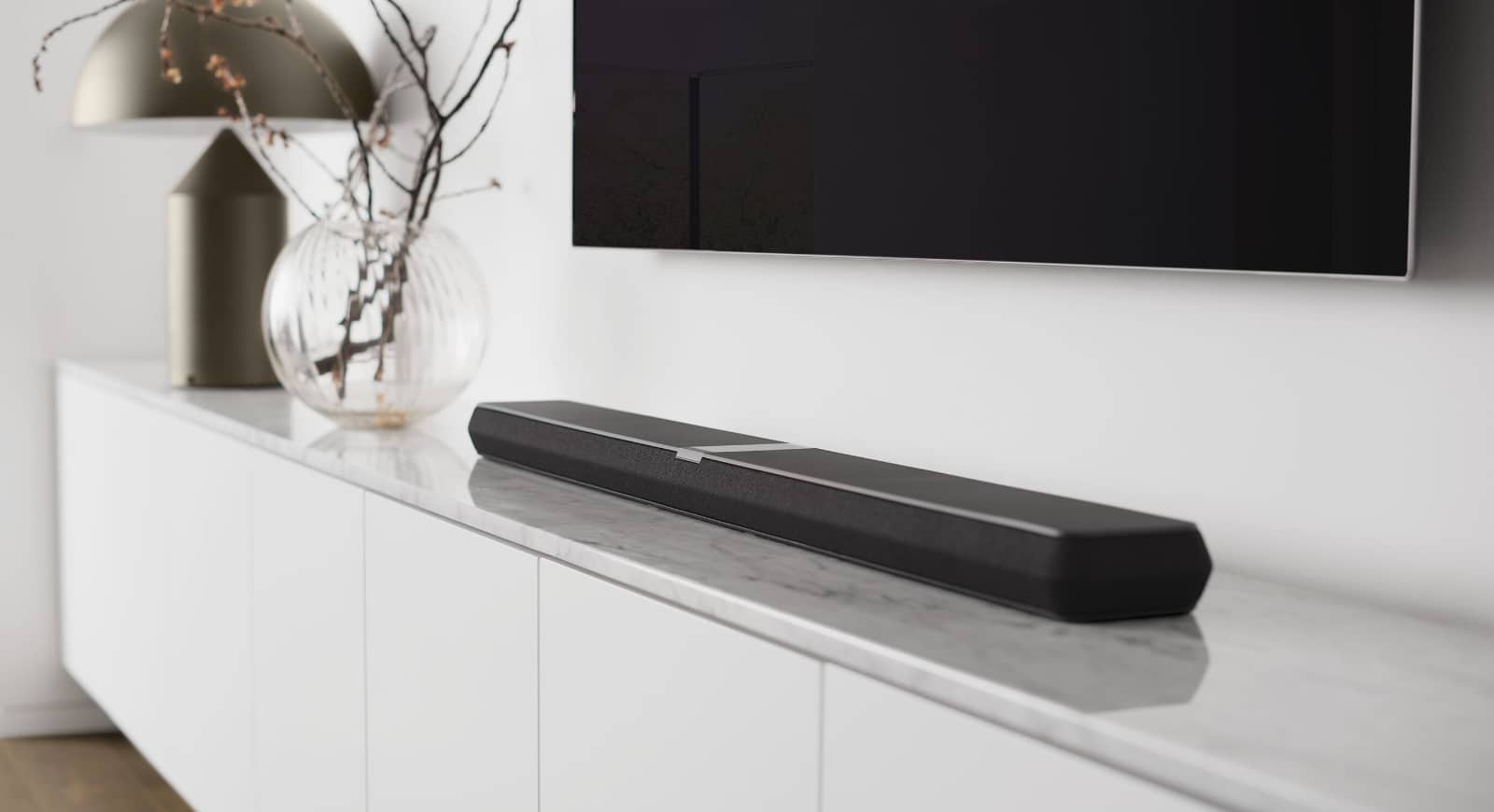