Yet one more watch face and band are on the way for Apple Watch owners, as the maker of the iPhone and Watch celebrates pride month with an addition to the wearable.

We probably shouldn’t be as excited about watch additions as we get, but here we are, a few days out from June, and we’re seeing Apple add something to our wrists for Pride Month, which is June.

Apple is no stranger to celebrating pride in its devices, notably its wearable Apple Watch, which has seen bands and watch faces regularly since 2016, and this year gets some more.

This week, Apple has launched a Pride Edition Sport Loop, which uses the woven threads in Apple Watch bands and also removes some of the threading to leave the word “pride” in the font style Apple has used for “hello”, which itself is a reference to the first word to appear on the first Mac in 1984 and can also be seen on new iPhones and Macs during setup these days.

That’s handy, because even though we’re washing our rainbow strap pretty regularly, a colourful new band is always appreciated, and offers a way to accessorise. 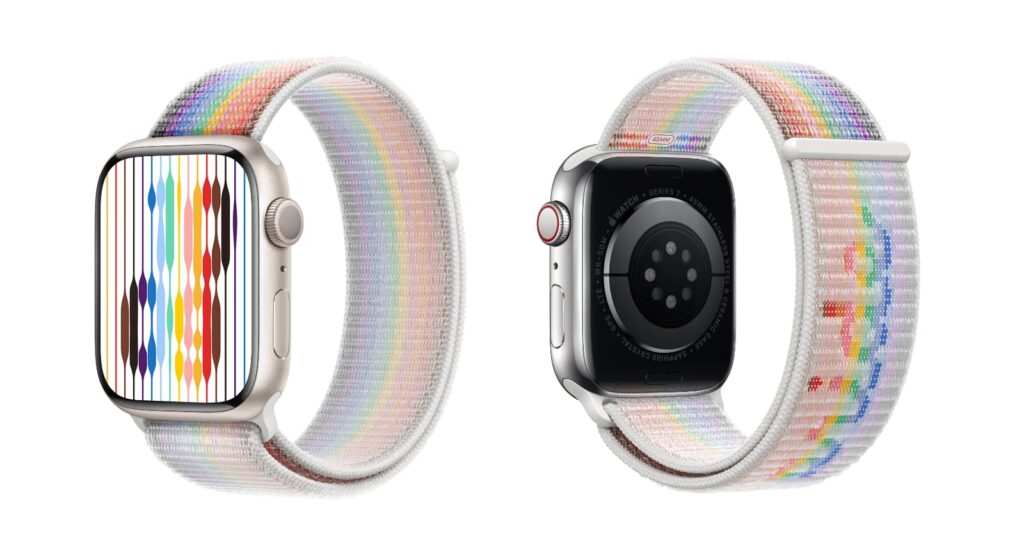 It’ll be joined by a Pride Threads watch face, which offers a cute almost stitched look for the time in rainbow colours, though does need watchOS 8.6 to show up. You can check your updates to get that ASAP, but like all watch faces, the good news is you don’t need Apple’s pride band to change to the new watch face, which might be why we get so excited about a new face: it’s a way to change how our watches look without needing to necessarily fork out money for them.

Otherwise, the new bands should be available both online and in Apple Stores this week, priced at $69 in Australia.