Samsung’s next fridge is built for hygiene, entertaining

Not sure what you want out of your next refrigerator? Samsung is sure hoping you’re after space, cleanliness, and a quick way to get drinks.

CES may well be home to a bunch of TVs, computers, and the occasional experimental display, but it also has things that you rely on regularly in your home. No, we’re not talking about a toilet or tap — though it does have those, too.

Rather, we’re talking about one of the devices you probably don’t think of as a gadget, but is likely the most used gadget in your life: your fridge.

Keeper of food, protector of produce, storer of all the things that are cold and lovely when summer hits, refrigerators are just as much a gadget as anything else in your life, and when it comes time to buy a new one, you’re either buying something that does the job to replace it, or something that comes with more whiz band crazy cool additions, something you mightn’t have known that fridges can come with.

At CES 2021, Samsung is demonstrating an aspect of what we’ll find in the year’s fridges, following on from what LG showed off before the show began. 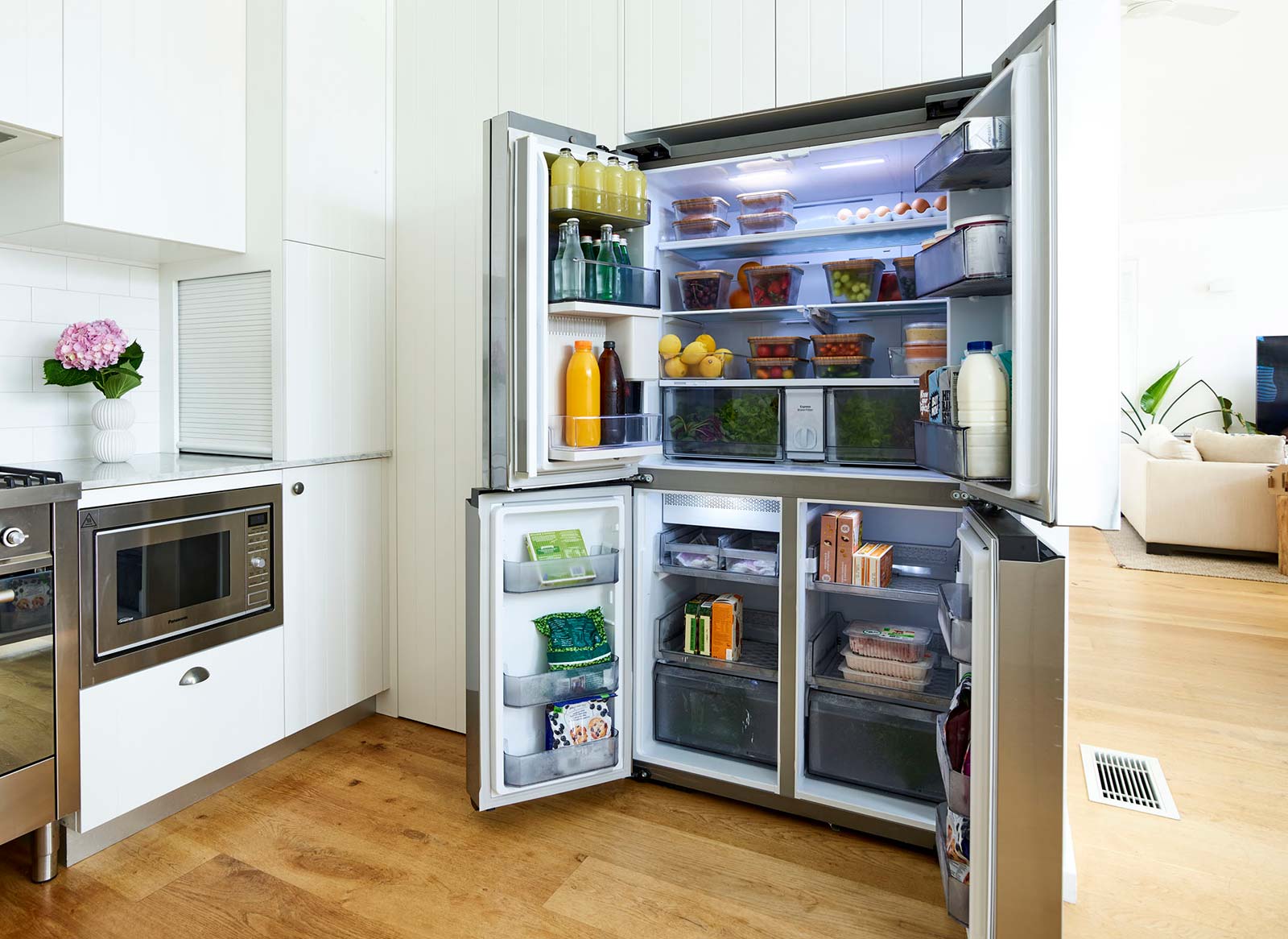 This year, Samsung’s French Door Refrigerator range plans to offer not just a big space for your food and beverages, with a Bespoke four-door “Flex” refrigerator sporting quick access to an automatically filled water pitcher, an ice maker that makes two types of glass — regular cubed ice and smaller ice — something Samsung calls the “Beverage Centre”.

You can even open a quick door in door to get drinks out easily, because your own beverage centre will be the one with the beverages of your choice. 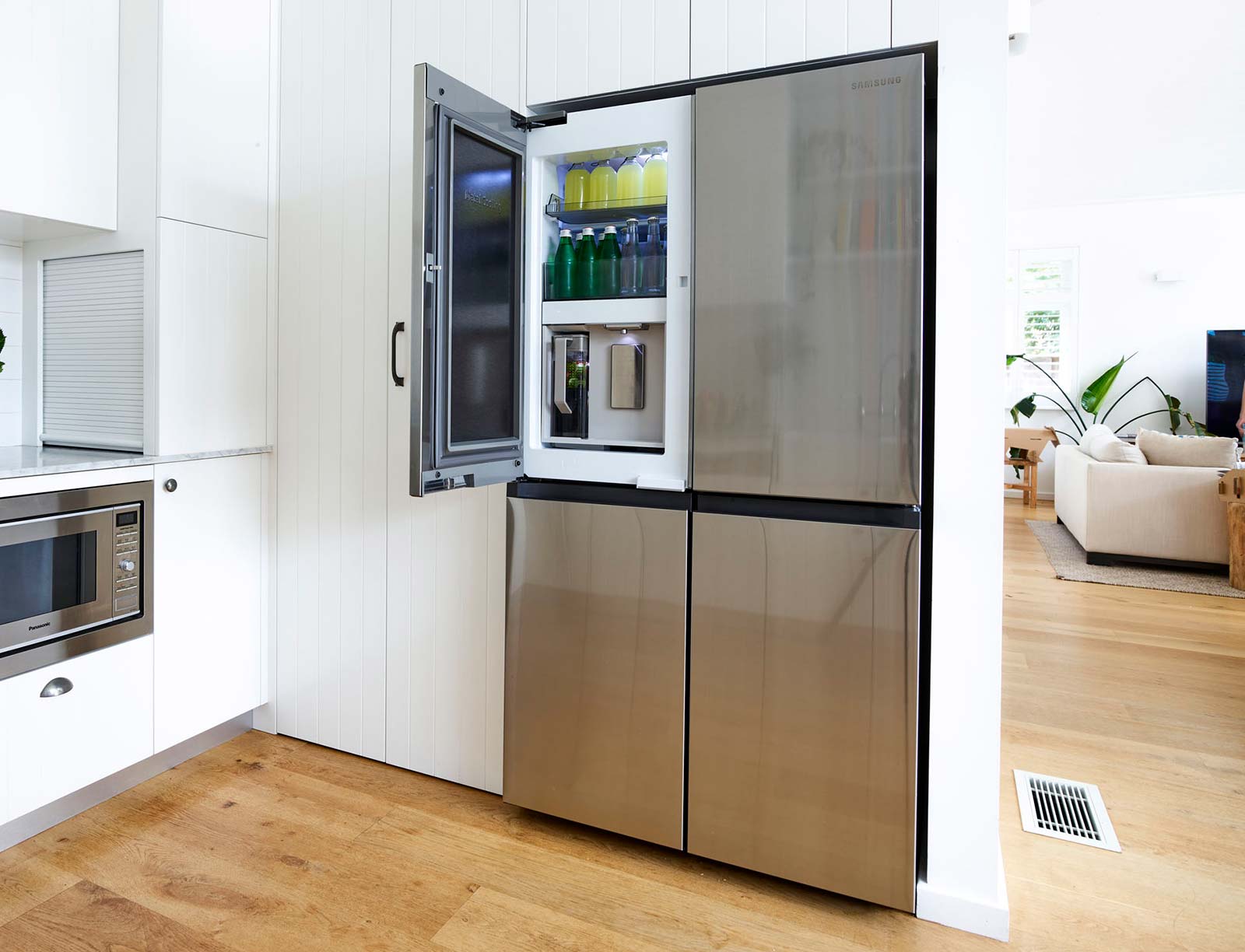 The bespoke nature of the fridge is also marked thanks to the panels on the fridge itself, which can be changed to suit your kitchen.

It means you can make Samsung’s latest big fridge fit into your home and paint job simply by replacing the cover of the fridge. You may not be able to replace the handles, but Samsung is making sure they have improved hygiene, as well, thanks to anti-bacterial handles.

“The kitchen is arguably the heart of the home and Samsung believes that intuitive design and innovation is the key creating home appliances that can make a real difference in people’s lives,” said Andrew Wand, Head of Home Appliances at Samsung in Australia. 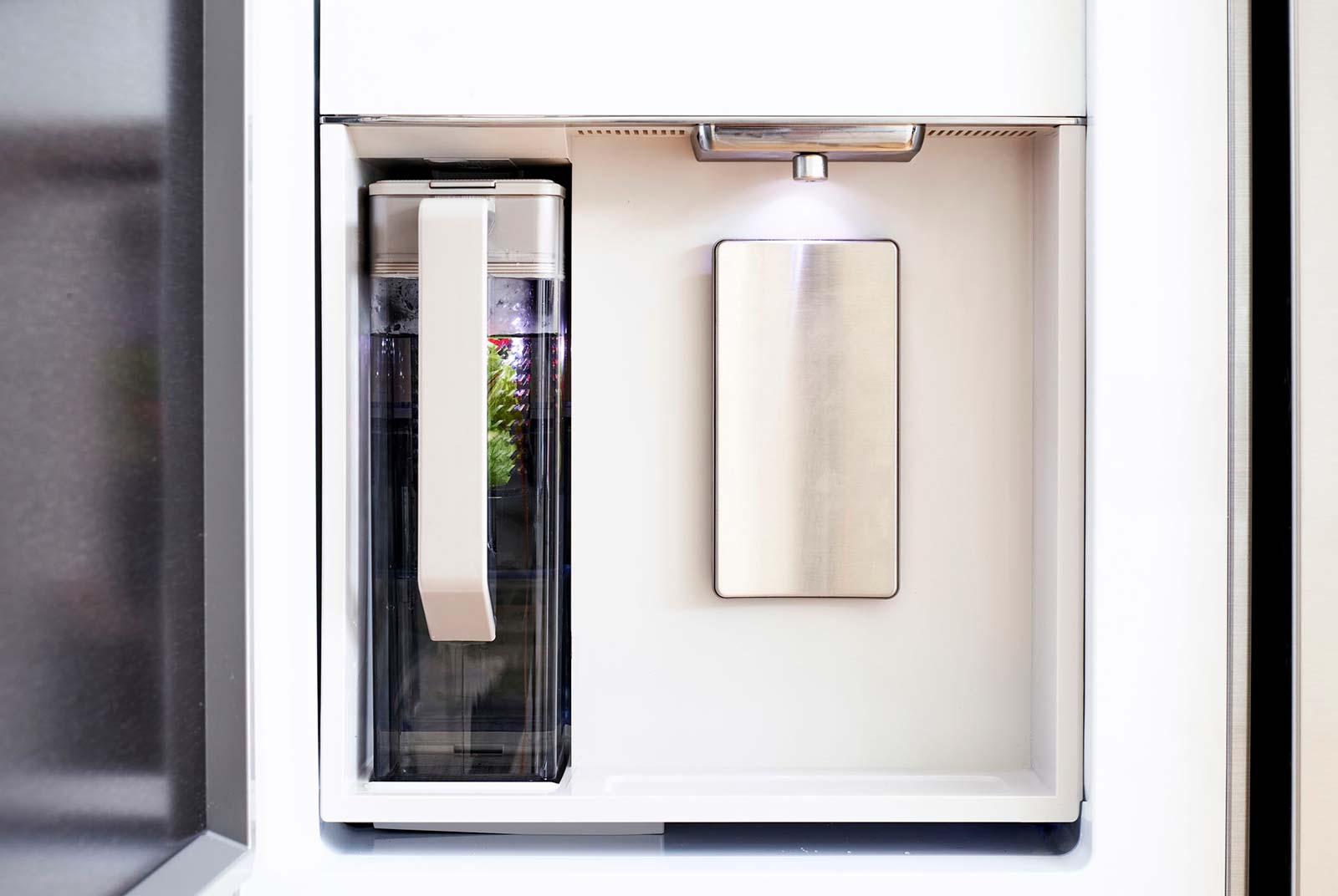 “We’re excited to launch our new French Door Refrigerator range in Australia as they’re packed with new, smart technologies,” he said. “I’m confident these new refrigerators will help many Aussies have a happier and healthier experience at home.”

While not every CES 2021 announcement will have an Australian release date, Samsung says its 2021 French Door Refrigerator range will arrive locally this year, popping up in February, though pricing has not yet been announced. 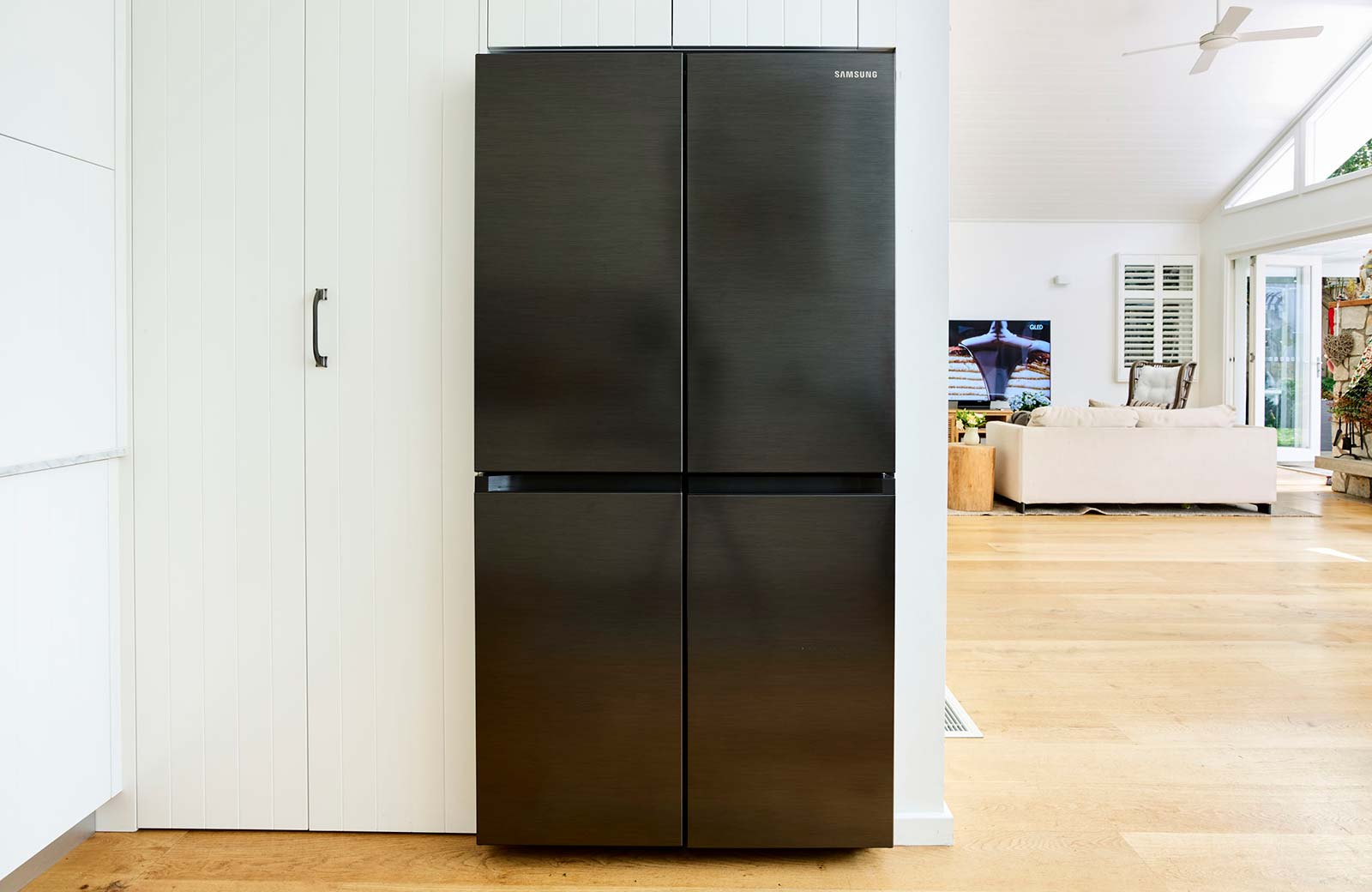