The whole “THX” thing may be best known for the “Deep Note”, but colour is a part, and now there’s a screen for it, too.

You might know THX for the “Deep Note” big sound test it drops in movies at the cinema back when we all used to go, but THX is growing in a big way, and it might come down to who owns it. When Razer bought THX a few years ago, we expected we’d see more gear brandishing the THX name, but it’s been coming gradually.

There have been some cool gadgets out in that time, including a pair of headphones Razer worked on with THX that looked a little more normal than the ultra-bright green hydra logo Razer normally decks its gear with, and there may well be another of those, as Razer builds a screen for gamers and certifies it for THX’s level of colour accuracy.

While THX is known for its work in sound, the company also tests for measuring visual standards, matching colour, tone, and picture quality overall. Depending on how much money and space you have, you might even be able to get a THX installer to come and set up a home theatre space, with some of those found internationally.

But if you don’t have the money or space, and would prefer a monitor set as colour accurate as far as THX is concerned, Razer might have the answer with the Raptor 27. 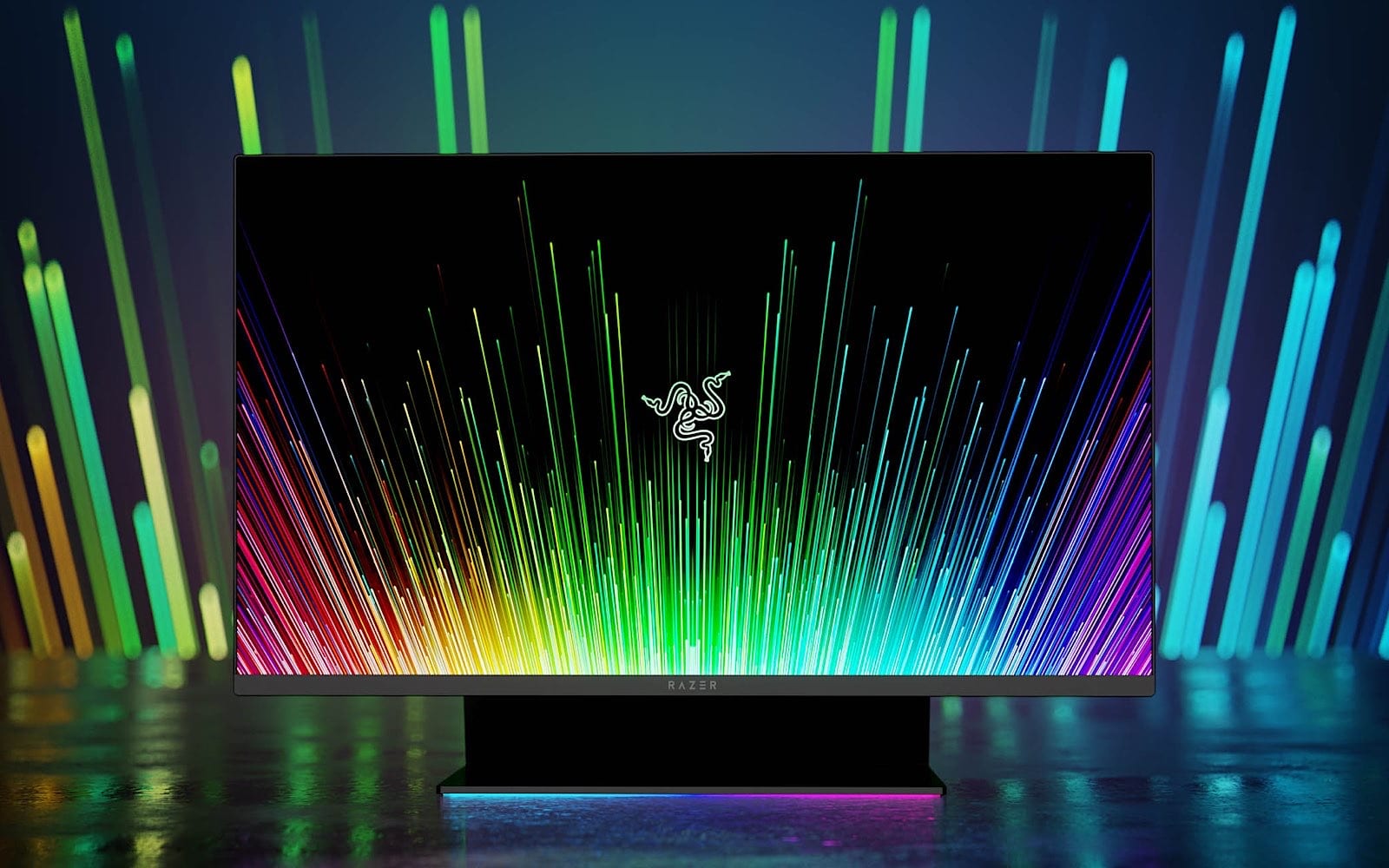 It’s the world’s first “THX Certified” PC screen, with over 400 tests being conducted on the display to ensure its screen matches an image quality THX deems worthy, offering 95 percent of the DCI-P3 colour gamut, and working across HDR, as well. The Razer Raptor 27 also works with both major graphics syncing technologies — AMD FreeSync and Nvidia G-Sync — running at a fast 165Hz with the Quad HD resolution of 2560×1440.

Much like Razer’s other gear, there’s support for the colourful lighting in this screen, though found at bottom of an aluminium base, allowing you to tweak it to what you want.

The screen itself is otherwise a minimalistic design, with slim bezels setting it up so you can focus on the game, and whatever else you want to use the screen for.

Pricing in Australia, however, is a bit of a mystery. While Razer says it will be coming to US retailers later in the year for $799.99 USD, there is as of yet no Australian pricing or availability information. Given the price and currency conversions, our bet is that you can expect the Razer Raptor 27 in Australia for over a thousand if it launches locally later.