A new portable approach to gaming is on the way, as Razer looks set to pack in big graphics and speed into a 14 inch size, alongside a new charger.

Gaming laptops are often focused on the 15 and 17 inch mark, but it is possible to get laptops down a little lower, and Razer’s latest may well be skewed specifically for that.

It’s coming in a revised take of the Blade 14, a laptop Razer hasn’t reportedly worked on for a good three years, but one that’s going to see a bit of a change this year, with guts focused on performance, graphics, sound, and screen.

The 2021 Blade 14 retains the name but gets new hardware, sporting up to an AMD Ryzen 9 eight-core chip with speeds of up to 4.6GHz, while the graphics will support up to Nvidia’s GeForce RTX 3080, pretty much focusing on high-end gaming. Razer is also offering up to a Quad HD display with support for as fast as a 165Hz screen, though there’s a Full HD 144Hz screen also on offer, plus coloured backlighting on the keyboard and some of that THX sound support we’ve seen Razer mention more than once, given the company owns the THX brand. 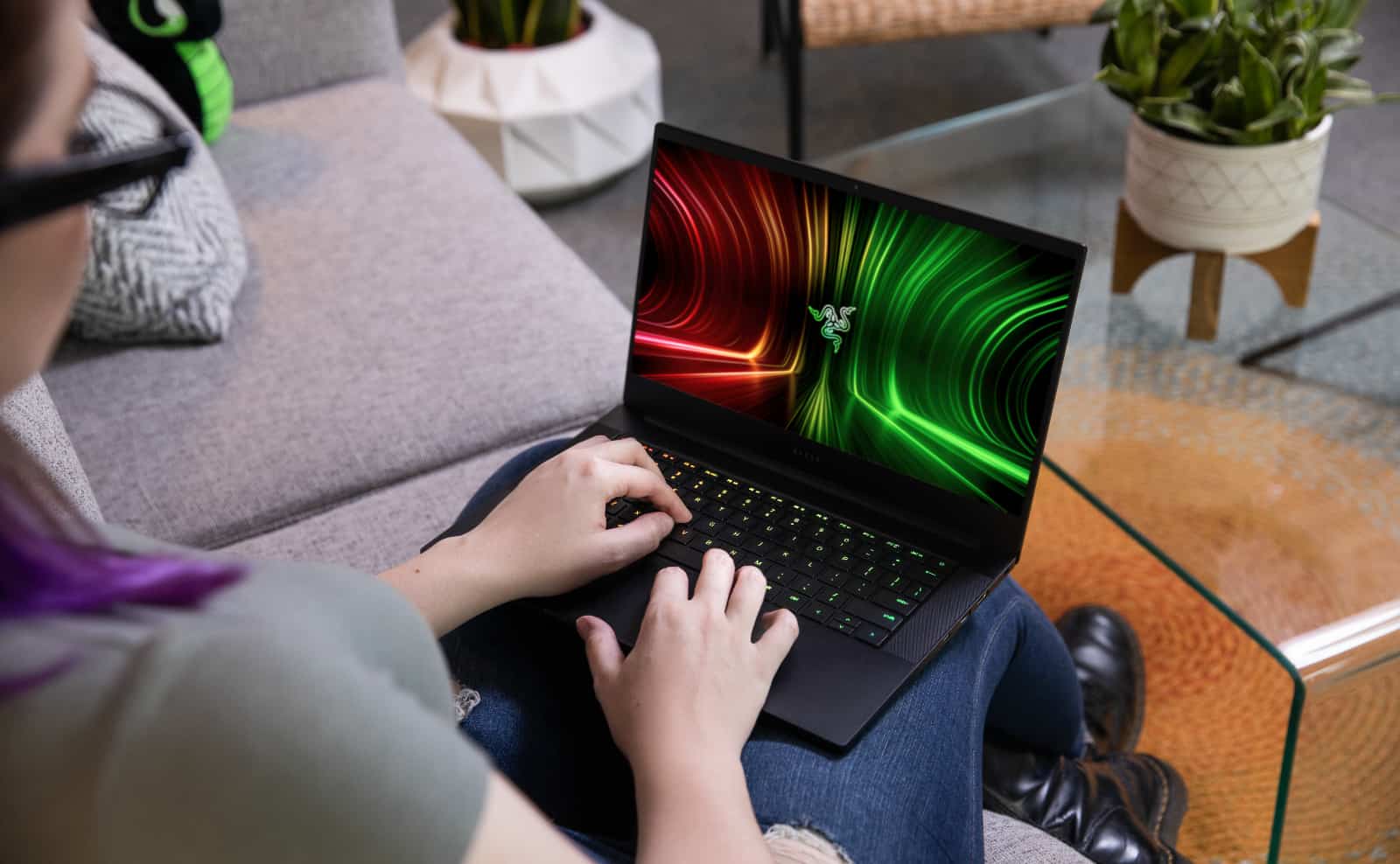 Razer says up to 12 hours of battery life are possible from the 2021 Blade 14 model, but you might want to temper those expectations if you’re expecting gaming to give you all that battery life when pushing both the processor and graphics chip to their limits.

All of this comes in a laptop build to be thin, using that black aluminium Razer has become known for in its laptops, building what you might refer to as the dark MacBook in a 1.6cm thick body.

It’s not the only computer announcement for the company, which also has something a little extra, as Razer embraces GaN. 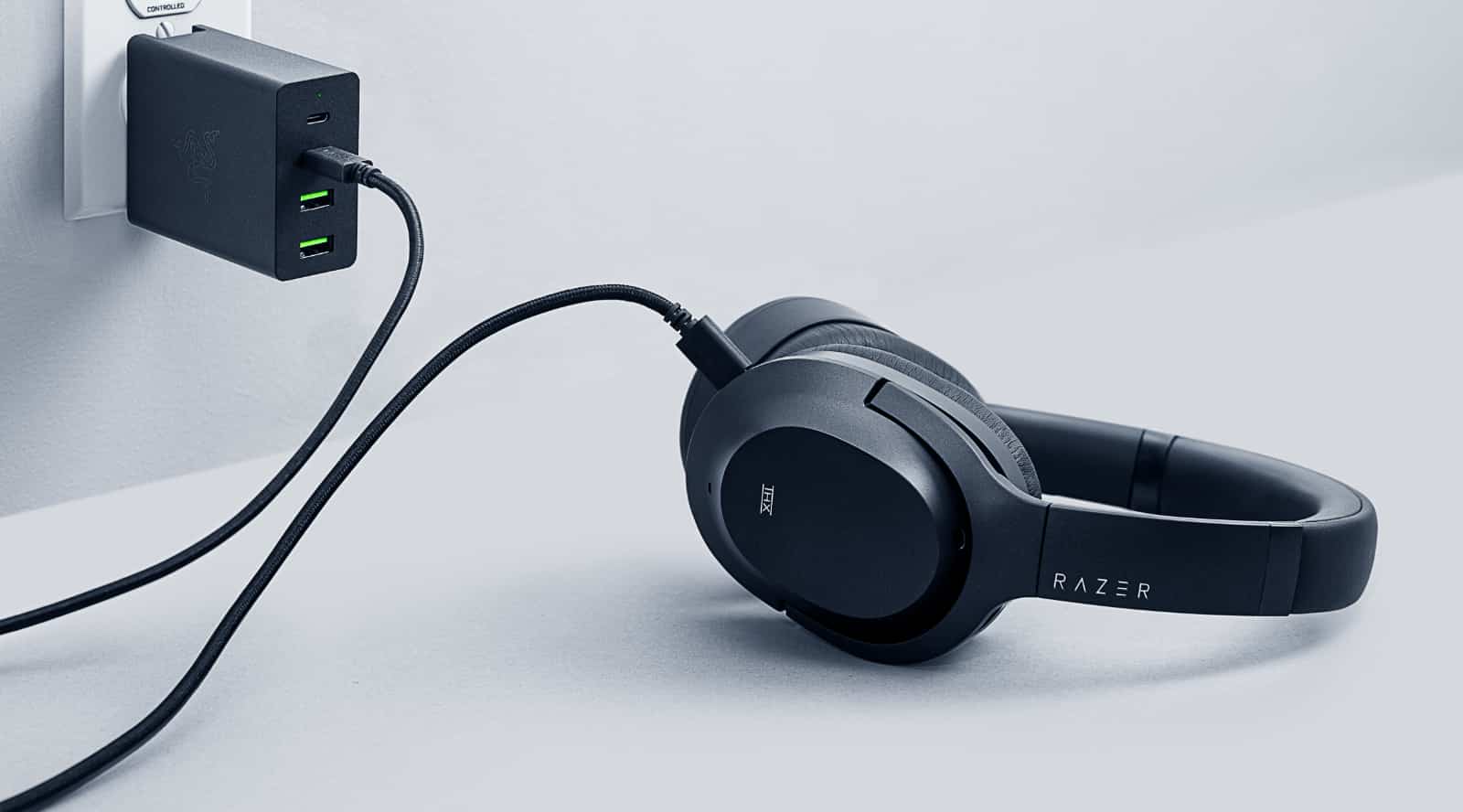 You might recall the term “GaN” last year when the technology launched at CES 2020, as the world was introduced to what GaN meant: Gallium Nitride. A new material used for chargers and charging boards, Gallium Nitride (or “GaN” for short) provides a lot of the charging power big laptops might need, but in a much cooler and smaller size.

Last year, Belkin was one of the first brands to knock our socks off with a GaN charger, but it maxed out at 65 watts. This year, Razer is doubling the output with up to 130 watts on a GaN charger, set to release the Razer USB-C GaN charger alongside the Blade 14 with two Type C ports and two traditional USB Type A ports, all while keeping the design quite small.

Neither gadget is necessarily going to be cheap, mind you, but they do appear to be coming to Australia, with the Razer USB-C GaN charger available in US dollars at $179.99 USD from Razer’s online store, while the Razer Blade 14 starts at $3099 in Australian dollars for a GeForce RTX 3060 from the Razer online store, while models with slightly more oomph can be Officeworks, Bing Lee, JB HiFi, and Amazon. 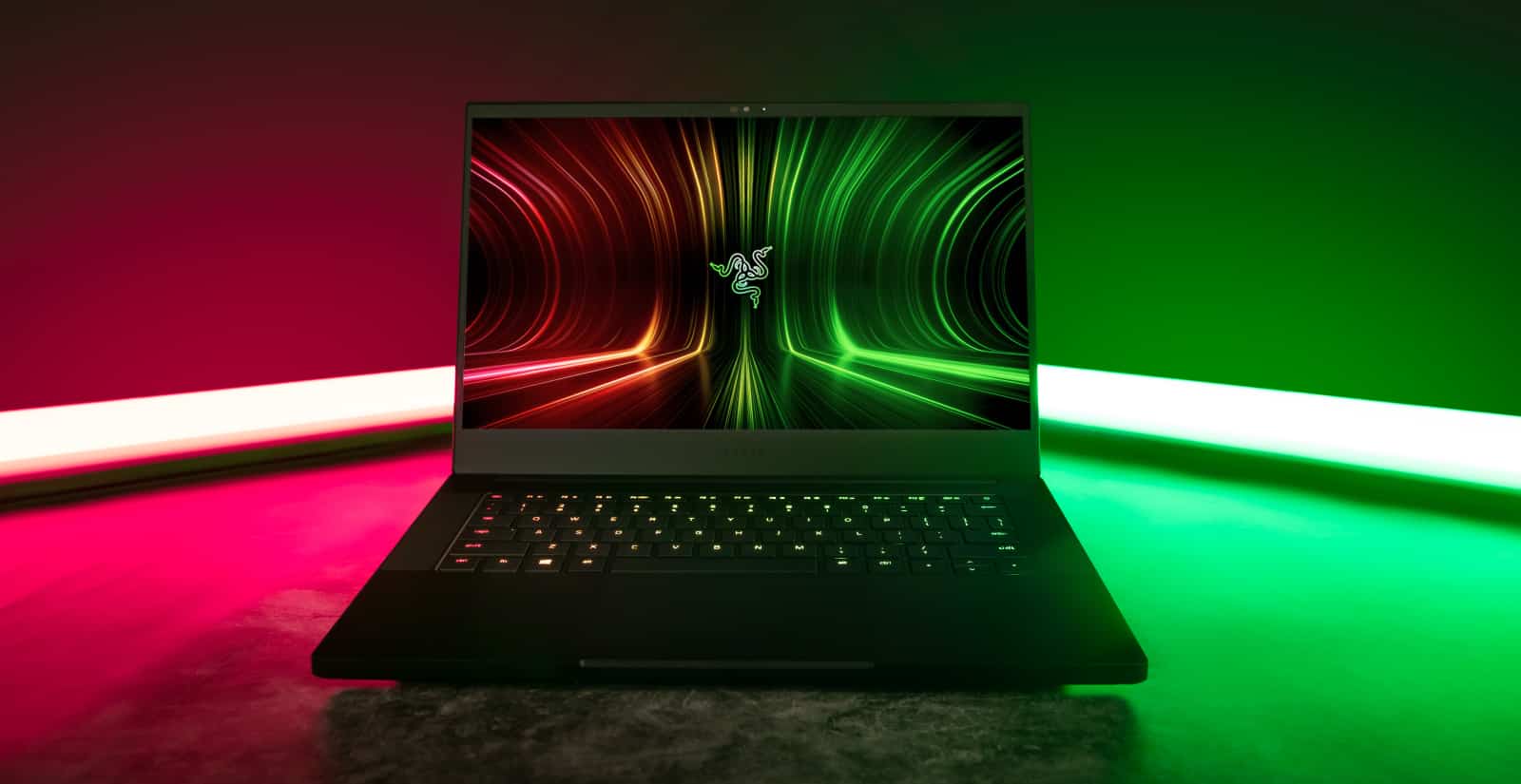 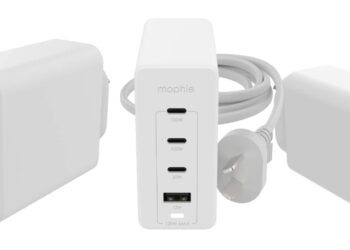