The piggy bank is back, but in a way that could make cryptocurrency a little more kid friendly, and possibly other bank accounts later on.

Regardless of whether you’re fully into the crypto-craze and have plenty of coins of your own, or if you’re on the fence and haven’t really jumped into a digital currency as of yet, you’re probably more than familiar with some element of crypto.

It could be that you’ve heard of it, that you’re hearing too much about it, or that you’re fully into it. You might even have heard of how it’s connecting with security, as malware goes after the financial sector.

Almost a form of investment in and of itself, digital currency isn’t the sort of thing we typically cover, because it’s money and money is rarely a gadget. But money can be a gadget, or it can at least be involved as a gadget, and seems to be with a new gadget popping up for bitcoin and the like, as Strive revives the piggy bank for kids as a way of guiding them into that world. 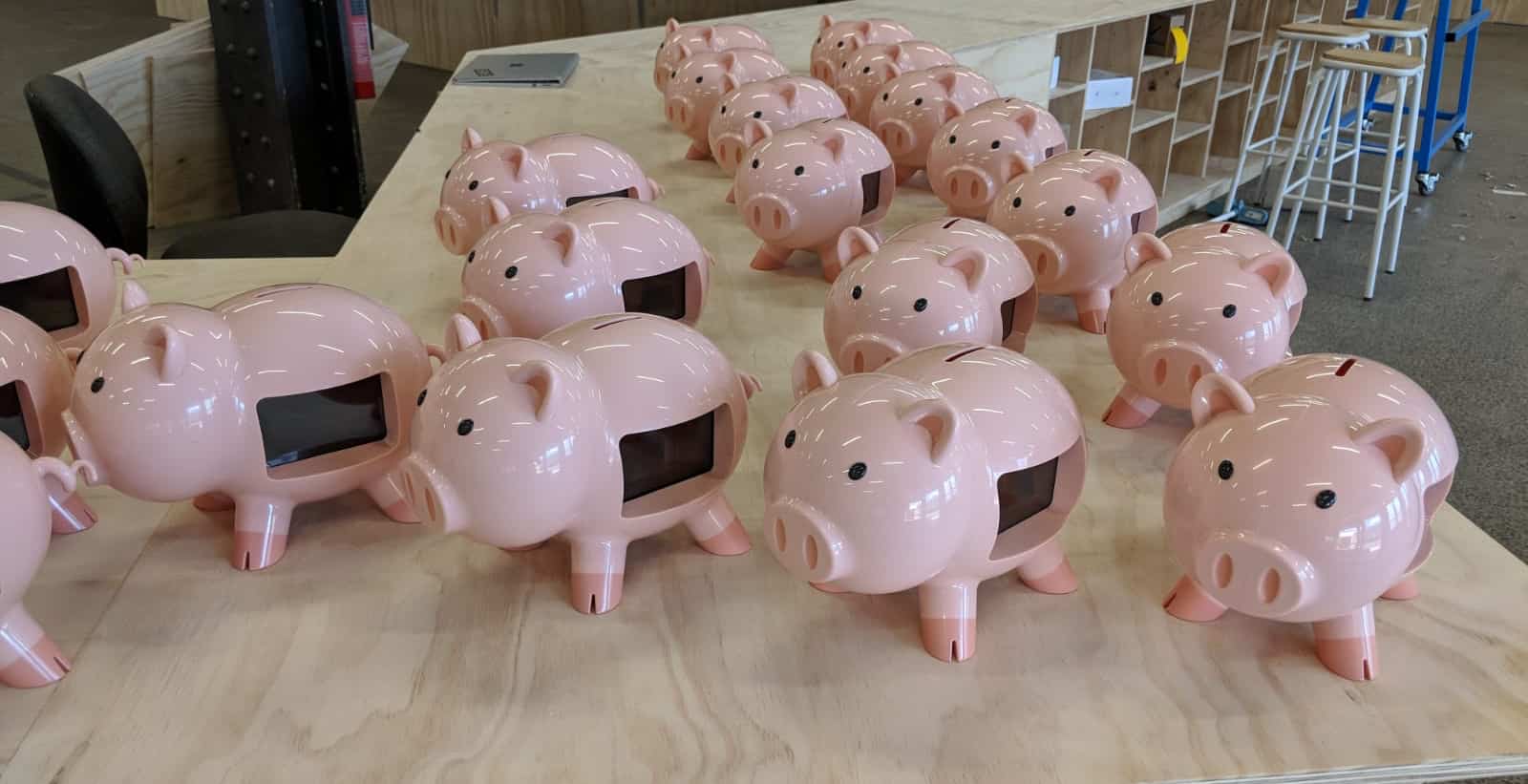 Lost to the ages, the piggy bank was at one point part of a child’s life as a way of providing a sort of bank account inside their home. Kids and parents would deposit the money, before opening it or “breaking it open” for use when they wanted it, and the cycle would begin again.

These days, thanks to moving to a largely cashless society — especially with regard to how we pay — the piggy bank is largely a thing of the past. Some may still use them, but we’d more expect a small bank account to be made for kids, rather than a piggy bank of sorts.

However financial literacy company Strive is reviving that savings icon to give kids eyes on a wallet made for crypto currency, integrating a piggy bank with a 4.5 inch touchscreen with a wallet of their digital currency, essentially giving them an understanding not just of how much money is in an account, but how it might grow.

The technology consists of a shiny piggy — Penny the Pig — with a screen, with the system talking to personal cryptocurrency wallets, provided they’re supporting one of two currencies at the moment, Bitcoin and Ethereum.

“With $2T [trillion] now stored in crypto across 68M crypto wallets around the globe, there’s still a surprisingly visible lack of resources to teach kids about digital currency,” said Andrew Birt, CEO and Co-founder of Strive.

“This is why we built Penny the Pig – to give everyone a simple, safe and responsible way to explore the space of cryptocurrencies, and learn about the future of money.” 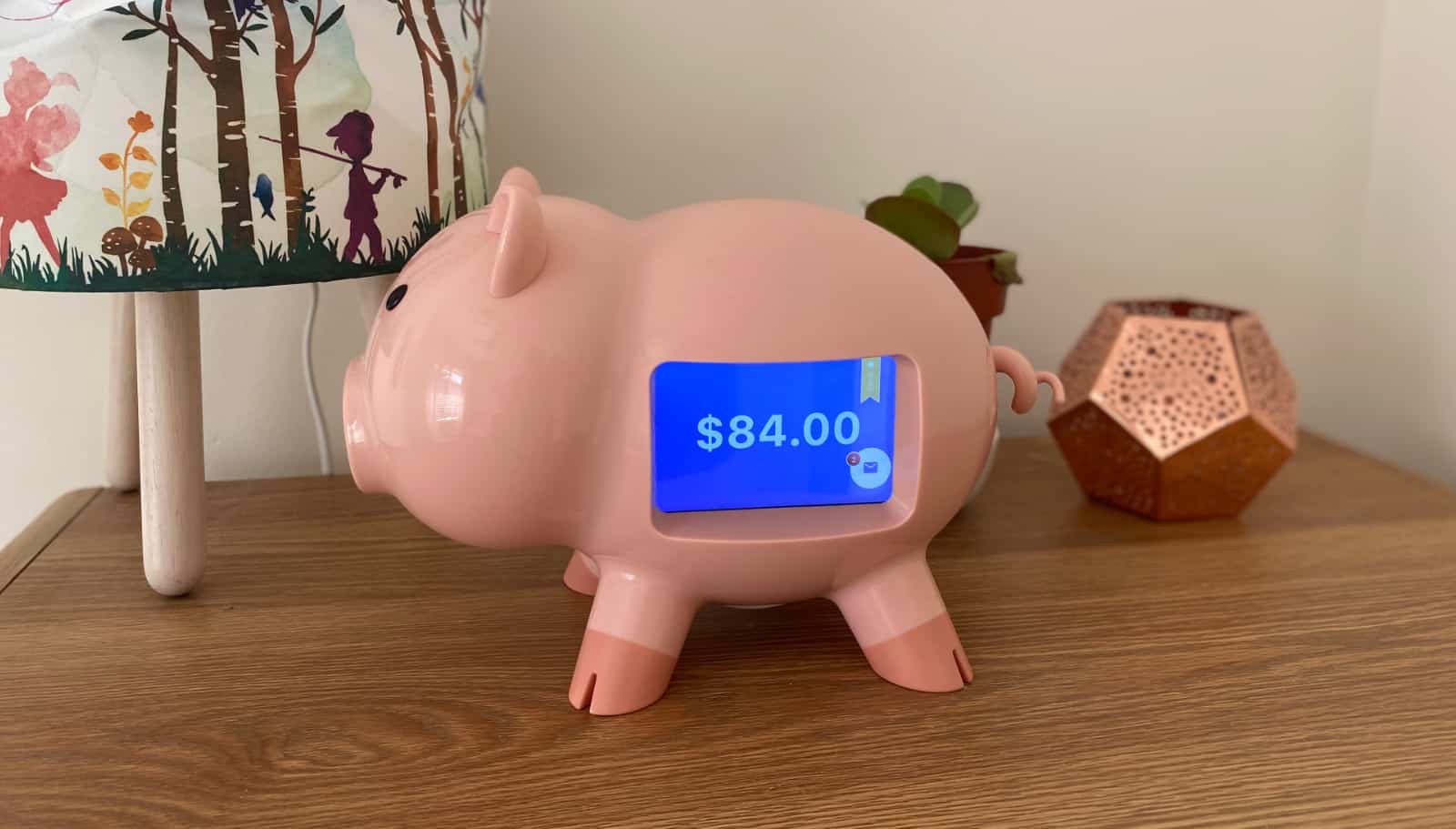 It’s a concept Birt has been using himself, paying his son’s pocket money in bitcoin over the past few years, which in turn allows his child to see it grow in value. While bitcoin payments are unlikely to equal a full dollar, and may only be a portion of a cent given how high the cost of bitcoin actually is, it’s also an account that grows in value much like with stocks.

“I’ve been paying my son his pocket money in Bitcoin over the last few years and he used to always ask to see it on my phone to see how it’s going,” he told Pickr.

“Now that he sees it on his piggy bank, it’s fun and we chat about it from time to time about how it’s going. It becomes a shared interest that we chat about together and over time think he’ll be knowledgeable about because familiar with it.”

While cryptocurrency is the main focus of piggy bank — and two currencies to start with — Birt told Pickr that the technology of a digital piggy bank could one day expand to beyond, potentially covering standard bank accounts, too.

“We’re seeing the rise of Open Banking now and that banks have to provide account information via APIs, and work with 3rd party data companies to display the contents of an account,” he said. “This provides us a real opportunity to let people sync the piggy bank and their existing bank account to show kids money held in account. Our thoughts are we’ll add that functionality early next year.”

For now, Birt’s and Strive’s take on the classic financial education toy is Penny the Pig, and it’ll see launch at $149 USD in August. We’re waiting to find out whether Australians will be see the digital Strive Piggy Bank locally, but for now, it appears it’ll be bought in USD primarily, or even bitcoin or ethereum if you have that laying around, too.

Sophos finds fake crypto apps to be weary of on mobile