Looking for a phone that goes for days? A $199 Nokia by HMD Global might just fit the bill, coming to Australia in late-April.

While phones are bigger than ever, the battery life is not always quite on par. Depending on how much you spend, you can expect to hit a day, but if you’re lucky, two days will be within reach.

Yet that’s exactly what HMD Global’s Nokia brand attempting to do with a launch coming to Australia later this month, as Nokia announces three new lines of handset with six phones entirely, one of which is earmarked for release in Australia.

The new line of phones sees Nokia killing off its numbering that its phones have offered for a few years now, with models like the recent Nokia 5.4 and Nokia 8.1 disappearing in name, being replaced by three specific lines: C, G, and X.

They’re actually focused on budget in that order, with “C” representing the budget line, “G” getting a little more between budget and mid-range, and then “X” being mid-range to high-end, though your opinion may differ.

In 2021, the Nokia C series will start this off, delivering phones with a modest amount of memory and storage, but big 6.5 inch screens and no Near-Field Communication (NFC), meaning no Google Pay. There will be two of them, the C10 and C20, and they’re basically set to be Nokia’s inexpensive phones for the year.

Next up, there’s a series that sits just up from this, the Nokia G-series, which will include the G10 and G20. These continue a trend, but upgrade the features slightly, offering a 6.5 inch display, several cameras on the back, fingerprint and fact unlock, and support for a full version of Android. Essentially, the C-series will get the light version of Android, Android Go, while the Nokia G-series and higher adopts standard Android. Again, though, it seems as though there’s no Near Field Communication on the G-series, meaning no way of paying using your phone.

For that, you need to turn to the Nokia X-series, again offering a “10” and “20” phone in the X10 and X20, with the range sticking with a similarly big screen, but upgrading other areas. Instead, the Nokia 2021 X-series phones offer support for 5G, bolsters the memory and storage, keeps the several cameras, and even supports using two of those cameras at the same time, a feature Nokia has had on at least one phone prior.

While the X-series boasts more storage and memory — more everything, it seems — and looks to be the best of its new bunch, complete with Near-Field Communication for paying, it does have a fairly low-end processing, opting for Qualcomm’s Snapdragon 480, and largely seems like HMD’s Nokia brand is leaving the world of properly mid-range to high-end phones, at least for the moment.

“With what we’ve introduced today, we see the X series as the place we can do the more added value propositions,” Stephen Taylor, Chief Marketing Officer of HMD Global, told Pickr during a briefing recently.

“We will still look at the pool in what extra features [we can offer], but this is the range we have looking forward for this launch,” he said.

That essentially leaves HMD’s high-end Nokia ambitions alone for the moment, and sees the brand essentially turning to the mid-range and budget category to make its dent.

However at launch, there’s only one of these phones seemingly assured to come to Australia, with Nokia’s Australian arm this week confirming the Nokia G10 (below) will see launch here, but not the rest of the range.

Offering a 6.5 inch screen and a 5050mAh battery, alongside a triple camera at the back, the Nokia G10 seems like it could reach its lofty goal of a three-day battery, which is what HMD is claiming.

“The Nokia G10 heroes everything we love, and even some of those things we take for granted in our smartphones; battery for days, peace of mind security updates and the latest software, for longer,” said Taylor.

“Our mission is to make high quality, long-lasting technology that is accessible to all whilst still bringing purposeful innovation to the mid-range segment,” he said.

“The Nokia G10 is a hero of our mid-range smartphone portfolio. With the extended battery, now you can spend less time searching for a charging point and more time making memories – it’s a tool to help you make the most of your life.”

Worth noting is how Nokia might achieve that three day battery life: not exactly the best specs. While mid-range and budget phones tend to deliver that on the whole, the 6.5 inch screen is a low-end display at 1600×720, and the chip inside is likely to be a MediaTek Helio G25, with the G35 being in its bigger brother, the Nokia G20.

That’s not necessarily bad, mind you, but it gives you an idea of how HMD might hit that three-day Nokia battery goal: modest specs making for meaty battery life. However we do find it particularly strange to see budget and mid-range phones skimping on NFC, given how the world is largely moving to cashless at full speed in the wake of the coronavirus.

Yet the price also might win people over, too, delivering this three day phone for $199 in Australia. 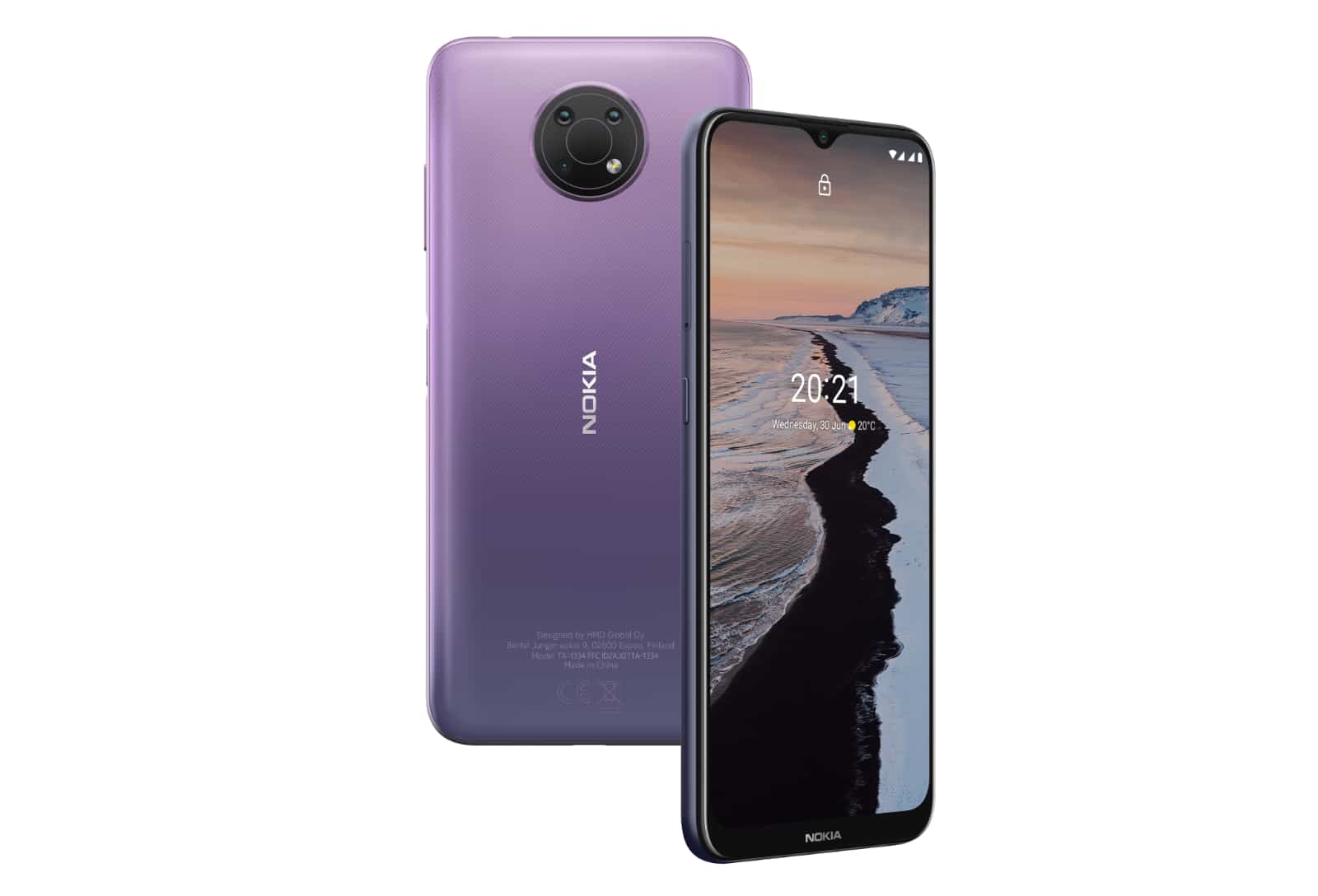 “Regardless of its price point, a Nokia mobile is a device that is built to last,” said James Robinson, Country Manager for Australia and New Zealand at HMD Global.

“We want Australians to love their phones, keep them for longer which is why we offer leading Android OS upgrade promises and superior durability, and trust that they’ll be kept safe and secure with our monthly security updates,” he said.

“But our value doesn’t stop there. I’m thrilled to announce, for the first time, with the Nokia G10 we’re offering a three year warranty. Australians can now love, keep and trust their Nokia mobile for even longer.”

The Nokia G10 will launch in Australia on April 29 at Big W, The Good Guys, JB HiFi, Officeworks, and at the Nokia mobile site for $199 in a 3GB RAM/32GB version, available in two colours.