Needing noise cancellation for work may well be important wherever you work, be it the WFH new world order or if you’re returning to a desk.

Our world is changing, and while parts of the world begin to open up cautiously, we’re still very much at work. Your work could be behind a desk at home, or it could be back in the office behind a desk there, as well. Or it might be something else again, remote as ever as you move about, still talking to people because that could be very much a part of your job.

Regardless of how you talk, there’s a possibility things could get lost in translation, and while that can come from natural language, it could also be the quality of the microphone you’re using.

It’s one reason why some may opt for the more professional grade of headsets, different from the consumer gear.

Over in the world of Jabra, that comes with a different name. There’s the “Elite” gear for regular things, and the “Evolve” gear for everything else, the latter of which has seen an update recently in the Evolve2 75, a style of working headphones with active noise cancellation, wireless stereo sound, and a boom mic made for talking that can be hidden when you don’t need it. 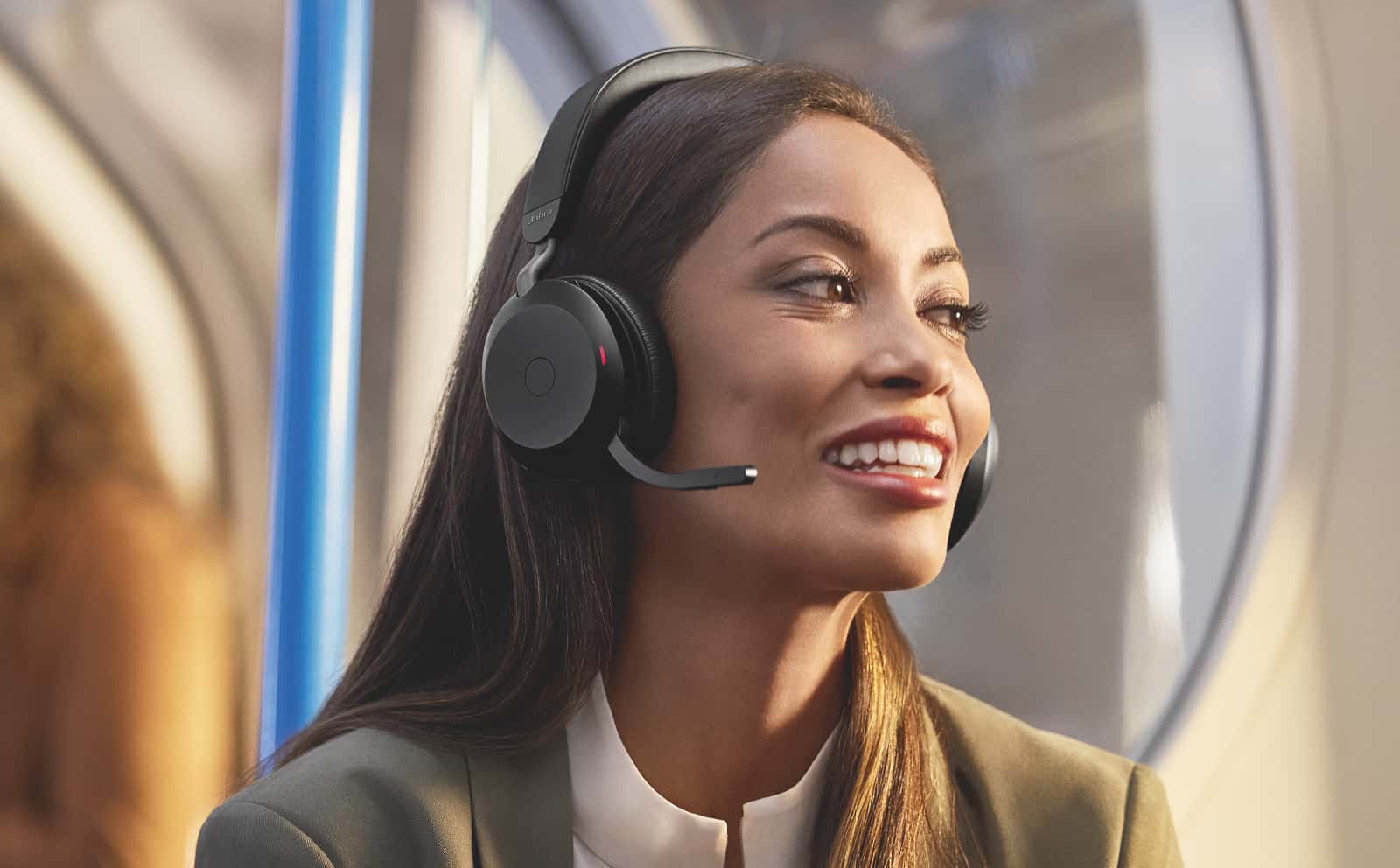 The Evolve2 75 headphones appear to be focused on the flexibility so many have for their working world, be it at home or in transit, with a pair of headphones catered to solid sound, and a microphone that may not make the compromises a pair of small in-ears may inadvertently see.

Rather than rely on beamforming earphone designs or bone-conduction, Jabra is using a boom arm and a combination of eight microphones on the headset itself for dealing with the outside world, or more specifically, not dealing with it. The combination of eight mics works together with a series of chipsets to separate your voice and the background, cancelling the latter to let you and who’s listening to you focus on the former.

Jabra also notes that when the boom mic is down, cancellation kicks in, allowing the noise cancelling technology to cut out both ambient sound and busy area, as well.

The noise cancellation technology is also adjustable, thanks in part to the software on a phone, with two devices supported and up to a 30 metre range. 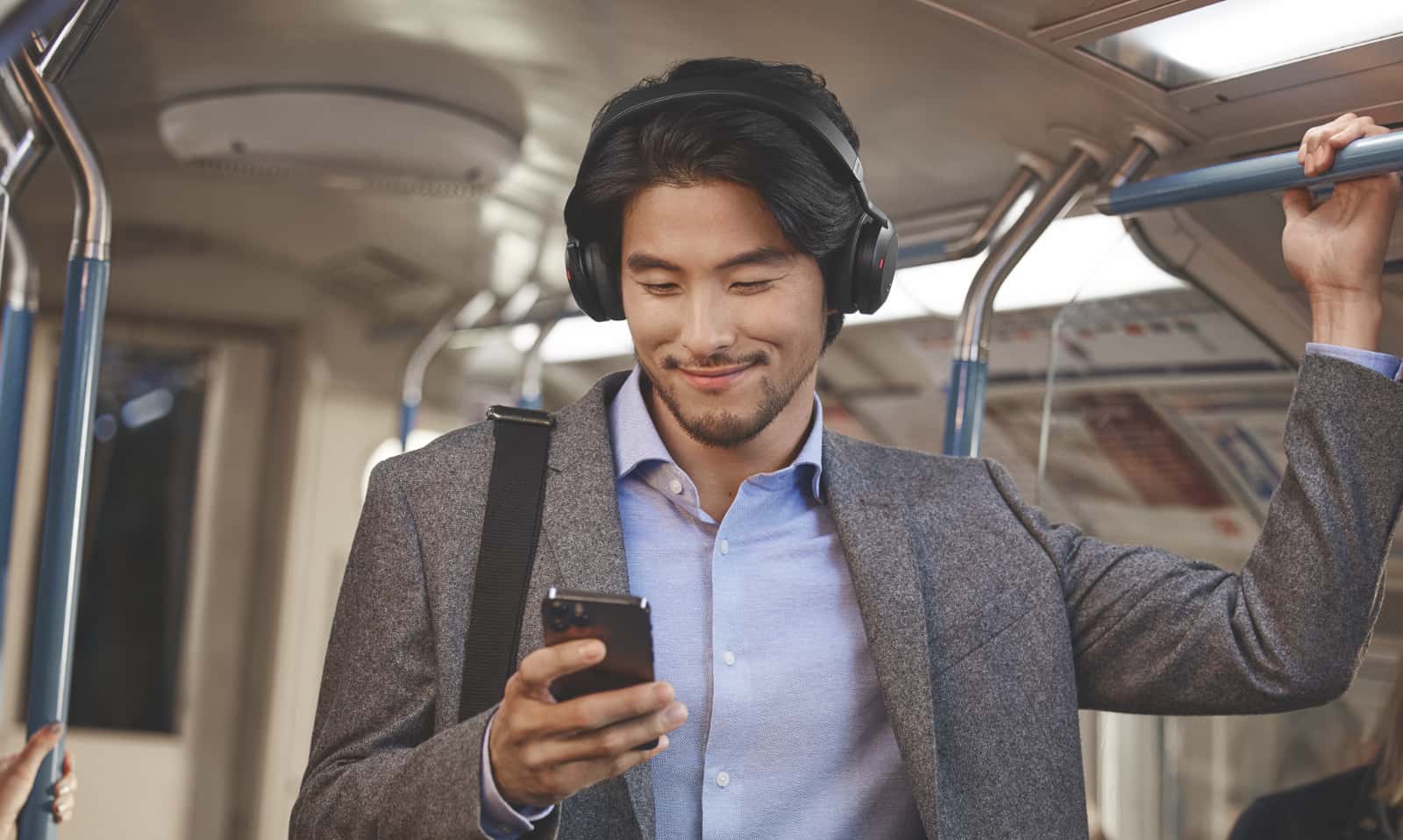 Aside for the sound, the headset also offers red lights to tell people you’re busy, basically acting as the indicator every worker needs: “don’t talk to me, I’m working here”, in lights.

“With the combination of our ground-breaking new dual-foam technology, an improved headband and a revolutionary new ‘comfort pattern’ design, the Jabra Evolve2 75 provides incredible noise isolation and comfort for an all-round improved audio experience that feels as good as it sounds,” said David Piggott, Managing Director for Jabra in Australia and New Zealand.

The price is where worker-grade headsets can feel a little high, with the Evolve2 75 headphones fetching a recommended retail price of $490 in Australia, as high as the premium noise cancelling headphones from the likes of Sony, such as the WH-1000XM4.

Granted, Jabra’s headset is different entirely, and while they can be used for music and such, they’re more focused on better sound for talking to people in your day job, all while offering noise cancellation, with as much as 33 hours of battery life while cancellation is switched on.

You’ll find them in select retailers across the country shortly, though, handy if a pair of headphones you’ve tried just isn’t cutting it for talking to people in your regular day to day. 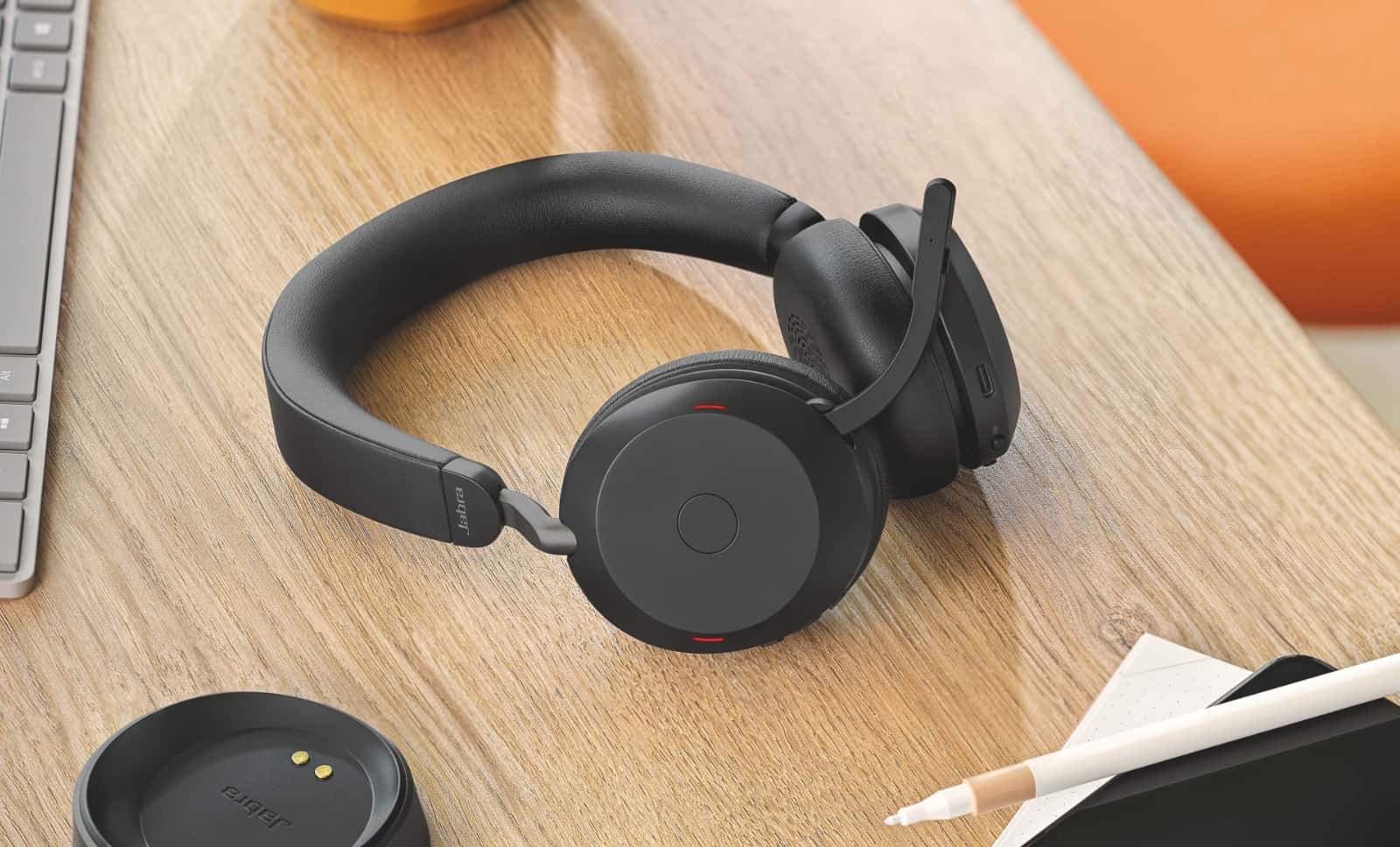