If you own a recent Pixel phone, you might get a few more features in the coming days, as Google adds a little more to its phones.

There’s good news for owners of the Google Pixel phones, as the included features expand just a little, and maybe a little more if your phone supports wireless charging.

It’s not unusual to see phones get new features over time, and manufacturers have been known to sweeten the deal just a tad after a phone’s release, which seems to be case for owners of recent Pixel phones.

For instance, owners of Google’s 5G Pixel models — either the Pixel 4a with 5G or the Pixel 5 — now have support for dual SIM capability, even though they only have one SIM slot. What’s happening is that Google’s 5G phones are now supporting both a physical SIM — the one you use — and an electronic SIM, an eSIM, which is one you can download from your telco if it’s supported.

Google says the 5G technology will work in a dual SIM mode, which means you should be able to get twice the 5G provided you have two 5G SIMs.

That’s one of the new features only on 5G Pixel models, but phones with support for wireless charging get something else. That’ll be the Pixel 5, Pixel 4, Pixel 4 XL, Pixel 3, and Pixel 3 XL, which can all be charged on any wireless charging dock, but also have a specific model from Google, the Pixel Stand. Owners of both a wirelessly charged Pixel and a Pixel Stand wireless charger can now support an updated bedtime screen with a bedtime schedule, with new notifications as you go to bed.

We’re checking with Google as to why this only works on Pixel Stands, and not on other wireless chargers, but right now, the feature is specific to Pixels and a Pixel Stand.

You won’t need any specific Pixel for the other features Google is adding, though.

For instance, there are new wallpapers for International Women’s Day on March 8, there’s support for night mode and a portrait mode on the camera underwater if you pop it into a Kraken Sports smart phone case, and then there’s a change to the Recorder. 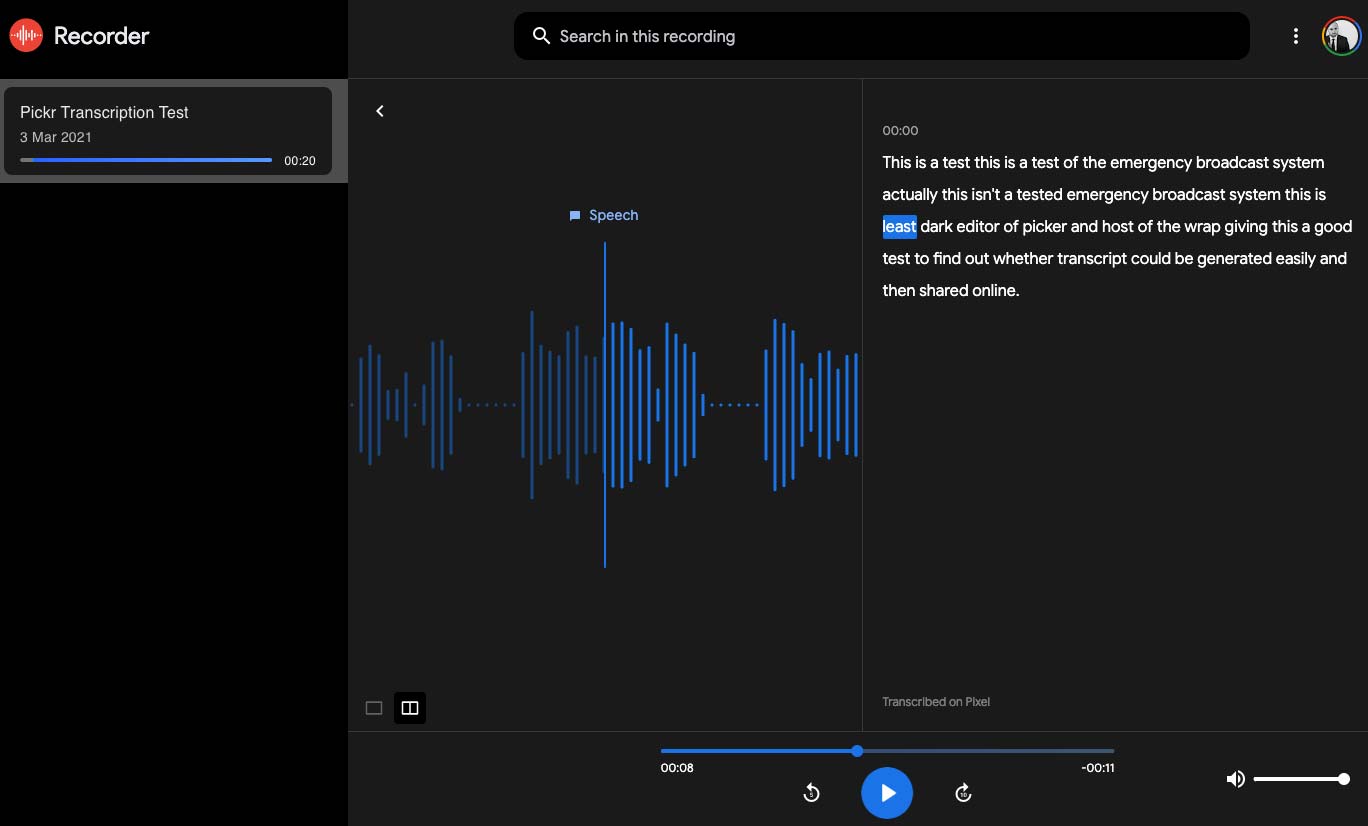 If you own a recent Pixel phone, you might know the Recorder app for its ability to record meetings and talks, and then transcribe them on the fly. It’s not always perfect, but it’s something, as transcription doesn’t typically come with any other recording app.

Google is adding another feature this week, allowing you to share those recordings online and even see the transcriptions, plus search through them. Here’s one we made earlier.

There’s also one other feature the Pixels are getting, with a way of measuring heart rate and respiratory rate using your camera, useful for Google Fit. It’s not out yet, and isn’t intended for any real medical purposes, but it will be here next week for Pixel owners. As to when owners of other Android phones will get it, that remains to be seen, but could happen eventually.