There’s a new breed of big monitor coming to Australia from Dell, but you’ll need near $5K if you want to play.

The more we work from home, the more we’re beginning to want more screen real estate to play with. That’s the general feeling, but the bigger the screen, the more resolution you’ll also want to work with.

In the past, a big screen has often been a TV, and those don’t always have resolutions optimised for computer use, capping out at Full HD’s 1920×1080 or even 4K’s 3840×2160. The latter gives you more room to work with, it’s true, but it still might not be the best you can go. In fact lately, screens are getting better, allowing you to fit more resolution on your desk, which means more room to control your apps and such.

This year, Dell is showing just how big its screens can get, encasing a 5K resolution in a 40 inch display that curves slightly so your eyes can take in more of the screen in the one position. 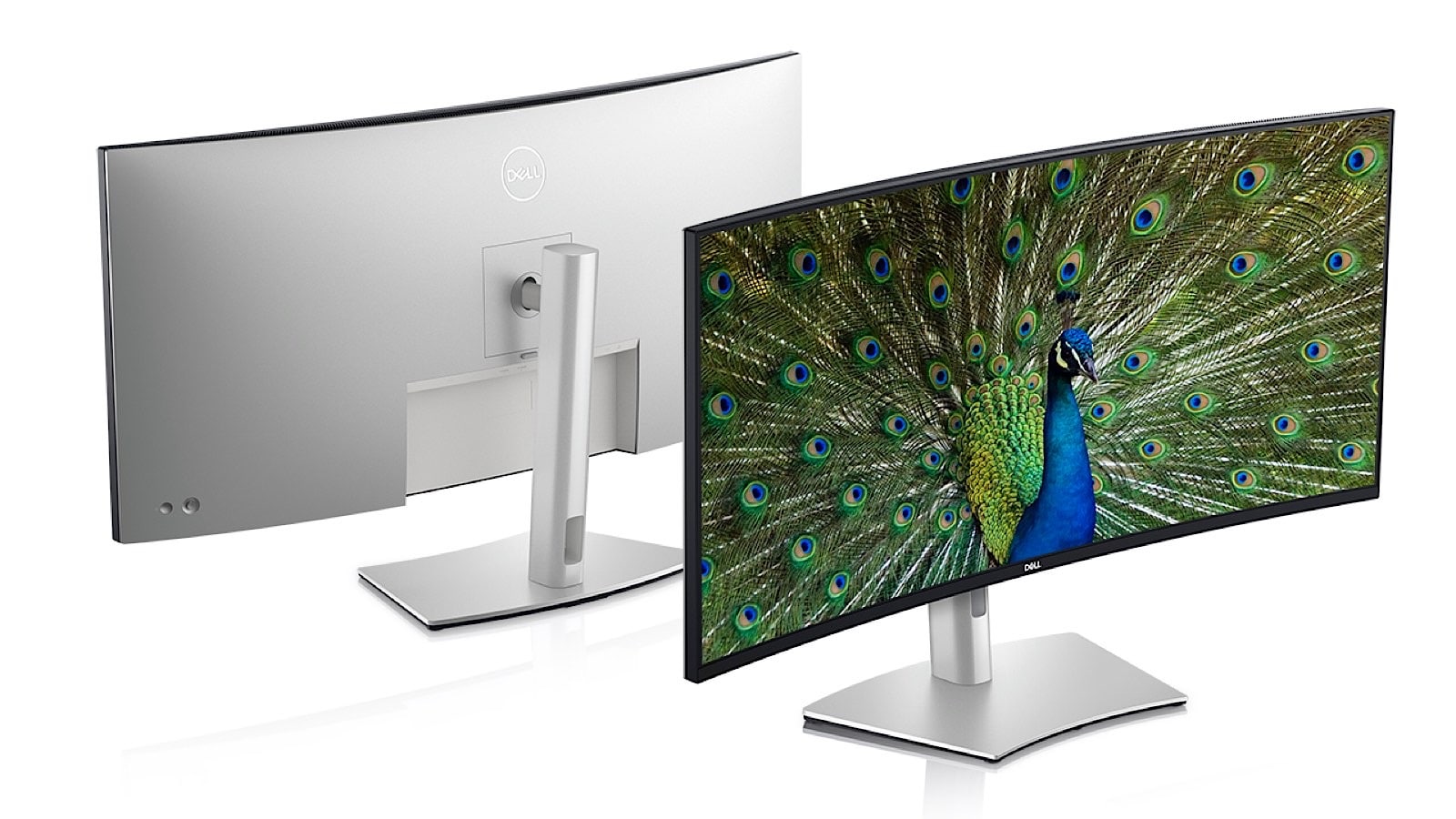 It’s a big screen, and one that looks to make a dent on screens for the workstation sector, with companies such as Samsung ang LG offering 49 inch variants, alongside the assortment of 34 and 38 inch models you can find from brands about the place. It will come with a Thunderbolt 3 connection, able to be plugged into laptops for delivering as much charge as 90W, which makes it suitable for those workstation-class computers like what Dell produces in its Latitude line, as well as what Apple offers in its large MacBook Pro computers.

Dell’s 40 inch ultrawide isn’t the only screen being introduced at the online-only CES in the coming days, though. 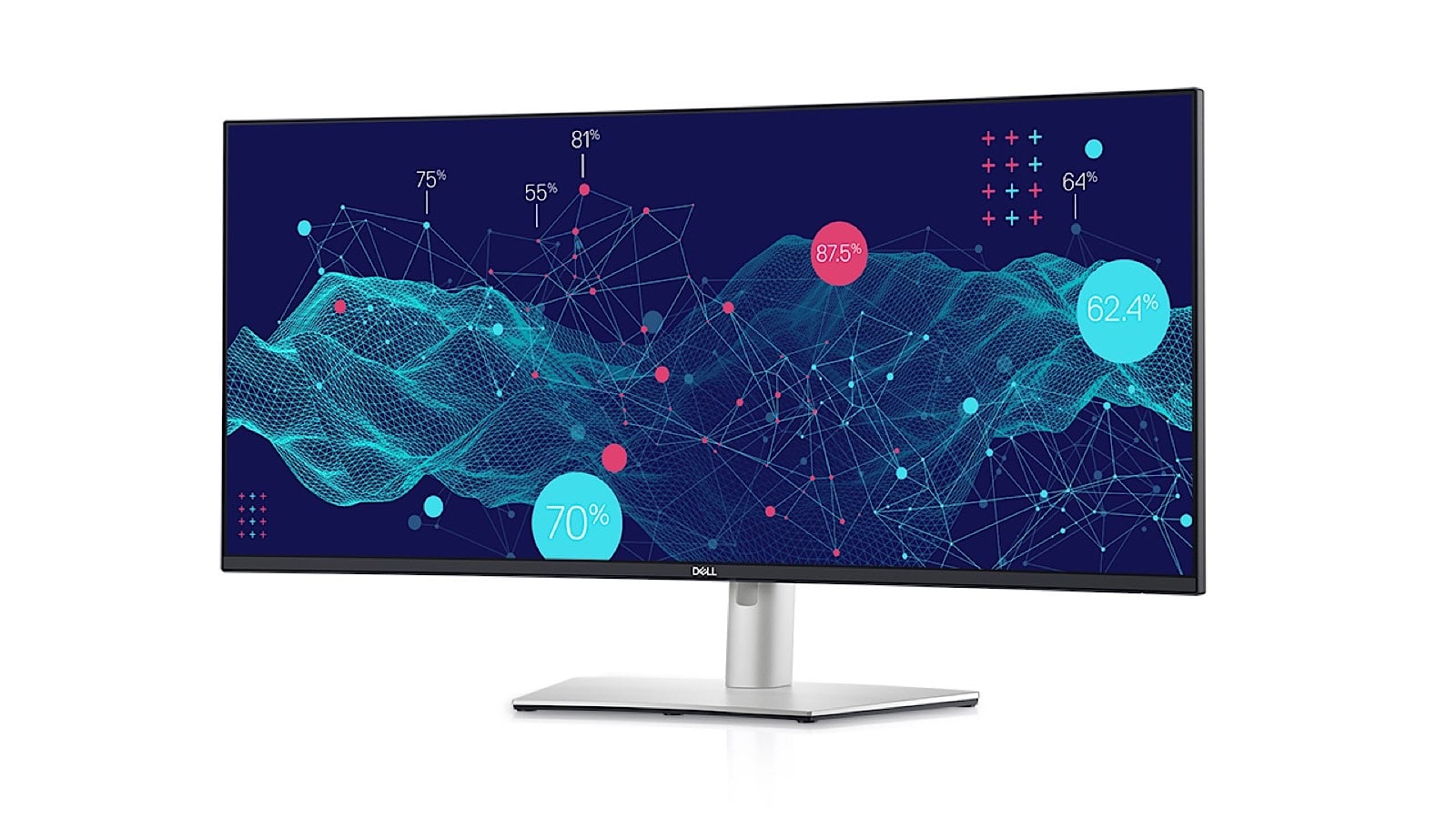 And it’s also introducing also a variety of monitors focused on video conferencing with Microsoft Teams compatibility, something that is unsurprisingly a bit of a big deal since so many of us are working at home for the unforeseeable, or at least until this thing is whipped — thanks, coronavirus.

The new screens are specifically Dell’s first video conferencing monitors certified for Microsoft Teams, which won’t mean much if you don’t use Microsoft’s meeting platform, but will deliver a pop-up 5 megapixel camera at the top, complete with support for Windows Hello security, with an included noise-cancelling microphone to let you chat to friends and co-workers, and to let you control Microsoft’s Cortana assistant on Windows. 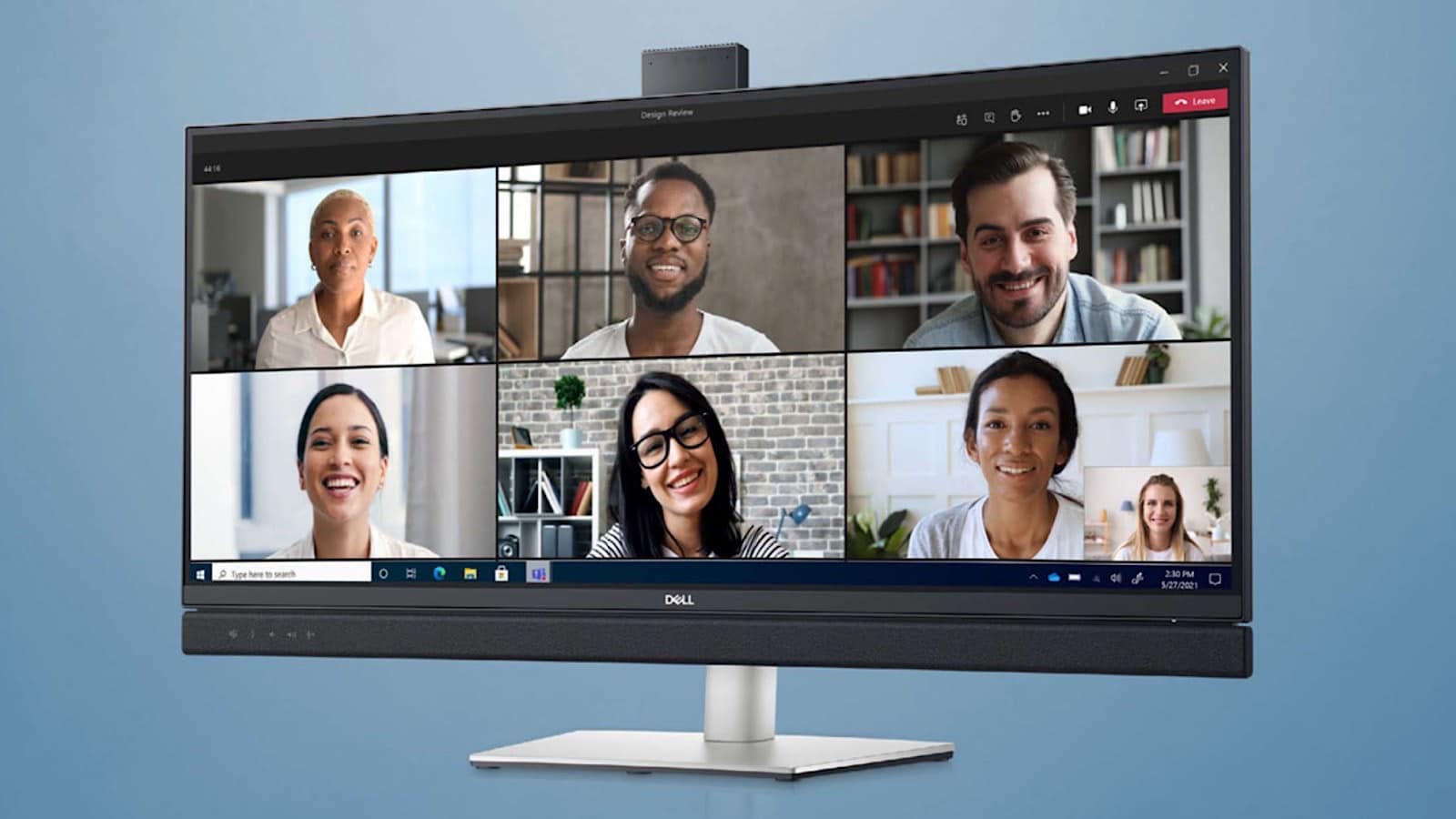 There will be three of these — a 34 inch curved screen (C3422WE) and two flatter alternatives in the 24 and 27 inch sizes (C2422HE, C2722DE), also supporting a technology Dell calls “ComfortView Plus” which reduces the blue light emissions while keeping colour solid, which is good news for your eyes.

And the further good news is that unlike most CES announcements, these ones do come with Australian release dates and prices, something you don’t always see from a tech announcement at the beginning of the year.

However depending on what you’re after, you may end up needing a pretty penny. Over in the video conferencing screens, Dell’s Teams-certified screens will start at $2089 for the 34 inch model, the Dell C4322WE, with no pricing yet for the 24 or 27 inch models, and an expected launch date of February 17.