Using an extra screen for your office might make WFH easier, as Dell offers up a pop-up camera for two screens and portability for another.

Working from home is the new norm, but plugging those work lappies into a monitor is pretty much the way to make a WFH experience comfortably, something we all likely know after at least a year of doing this. You know the reason why.

However monitors are also changing to adapt to this life of working from home, as companies come up with ways to make the monitor just that little bit more accommodating. Sure, it’s about adding a bigger screen and giving you more real estate to work from, but it can also be about versatility overall, something that matches at least three of Dell’s five monitors being announced this week. 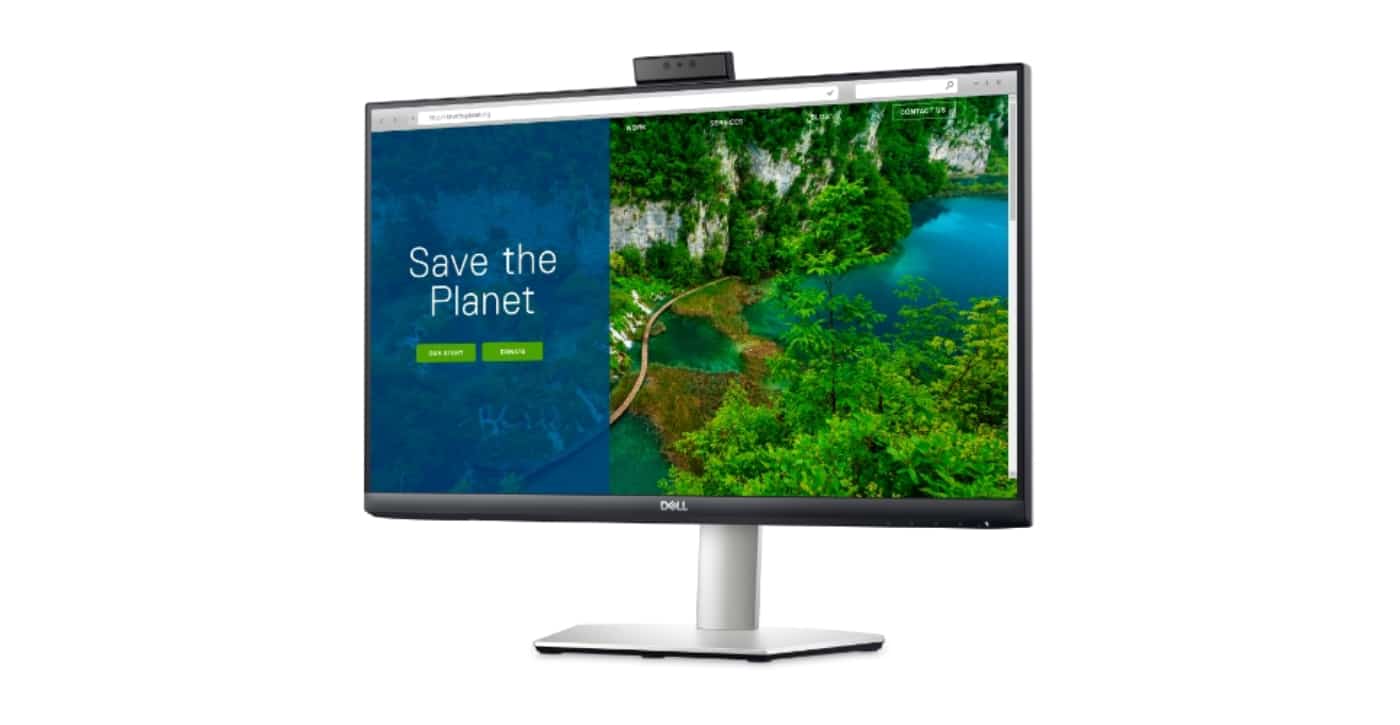 The first two solve the problem monitors have with the regular day-to-day of working from home: video conferencing. Simply put, webcams aren’t typically in monitors, even if they are in laptops, and so if you have a laptop plugged into a screen, there’s a good chance you need to keep your notebook open for a Zoom, WebEx, Teams Call, or Google Meet, or even rely on an external camera for the occasion.

Dell’s upcoming HZ and DZ screens will fix that by using a pop-up camera component in the top of the screen, with a little module that features a 5 megapixel pop-up camera and infrared support for Windows Hello security login on Windows. 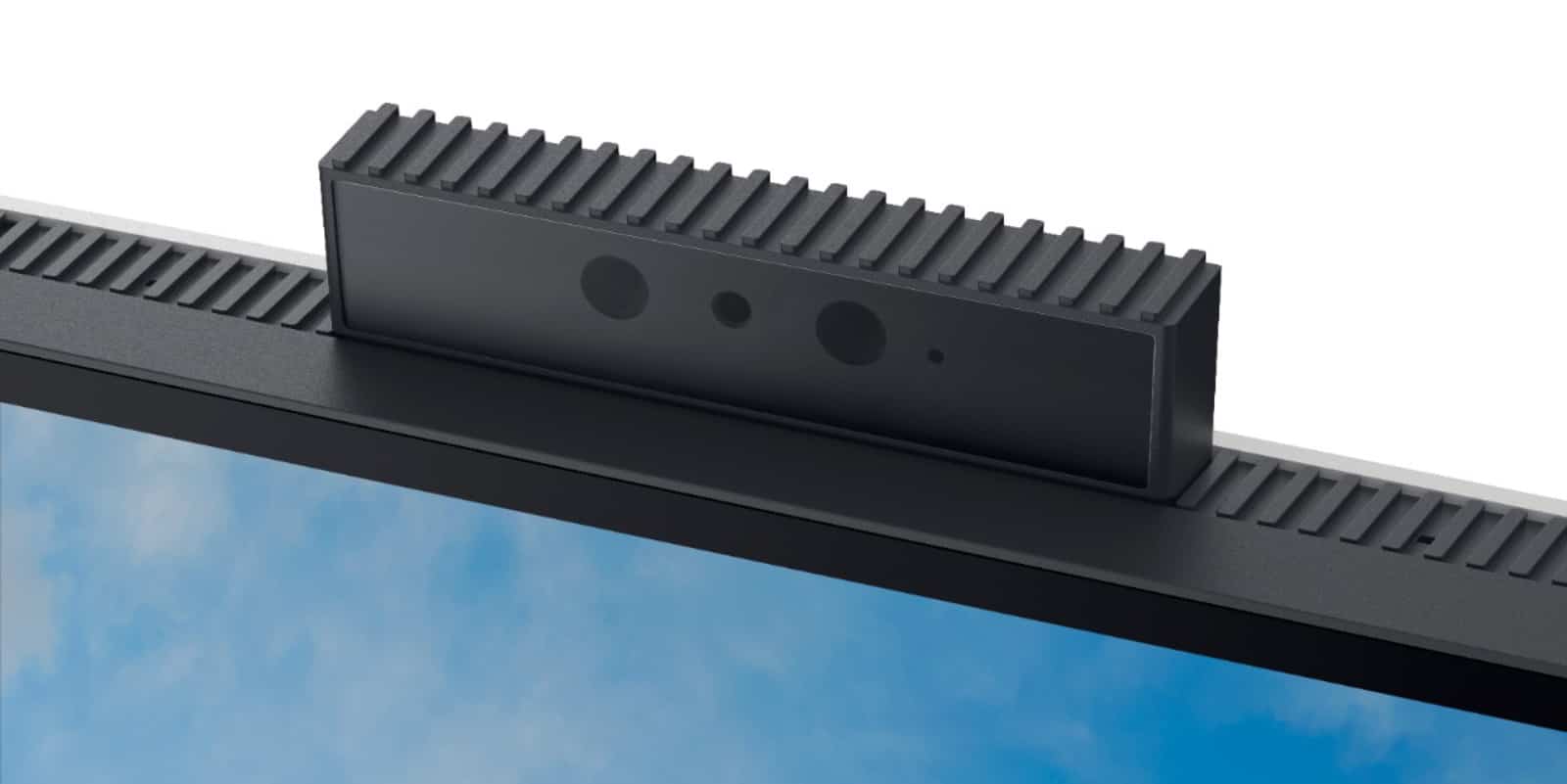 Essentially, this little module can be hidden in the top of the monitor when it’s not needed, and pop-up when you do, allowing the top of the screen to aim at your face, and provide that laptop-like webcam experience, but on a much bigger screen.

It’s something coming to the Dell 24 inch S2422HZ and 27 inch S2722DZ, monitors that max out at Full HD and Quad HD respectively, while also bundling in support for noise cancelling microphones and two 5 watt speakers, plus AMD FreeSync gaming support and connectivity over a USB Type C port.

The downside of these camera-equipped monitors is they won’t be here until October 12, possibly missing the forced lockdown boat some. 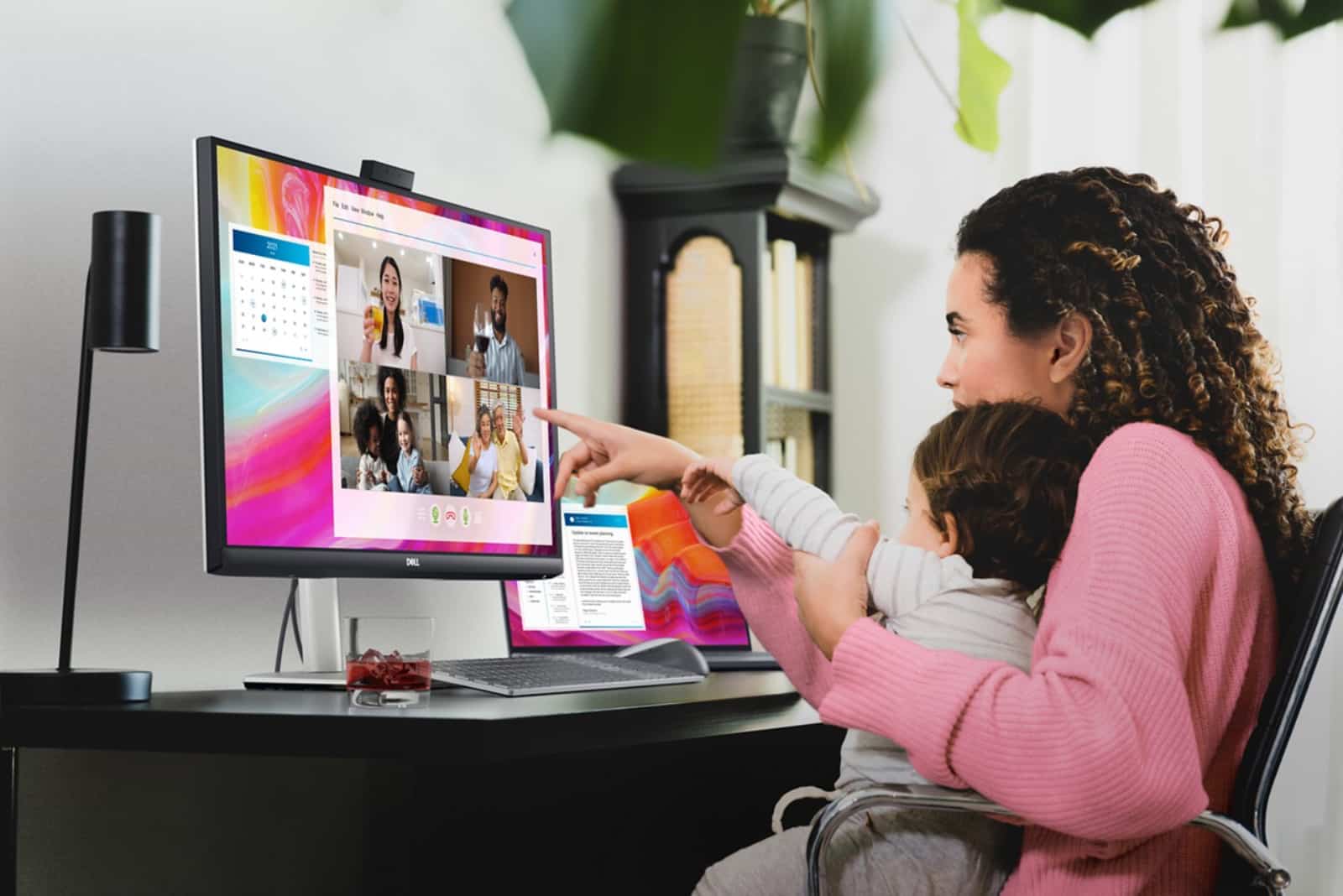 Before then, Dell has two other 27 inch monitors without the innovative pop-up camera — the Quad HD $549 S2722DC and the 4K $649 S2722QC — on the way out with USB Type C connectivity, plus one more that stands out, and even standard up on its own.

Dell’s other screen is one meant for portability, because working from home doesn’t necessarily mean working from the office.

If you’re keen to take a dual screen experience away from the desk you normally rely on, Dell is introducing a portable monitor that can fold away when not in use, flattening into a sleeve of sorts, and ready to be plugged in over that ubiquitous Type C port. 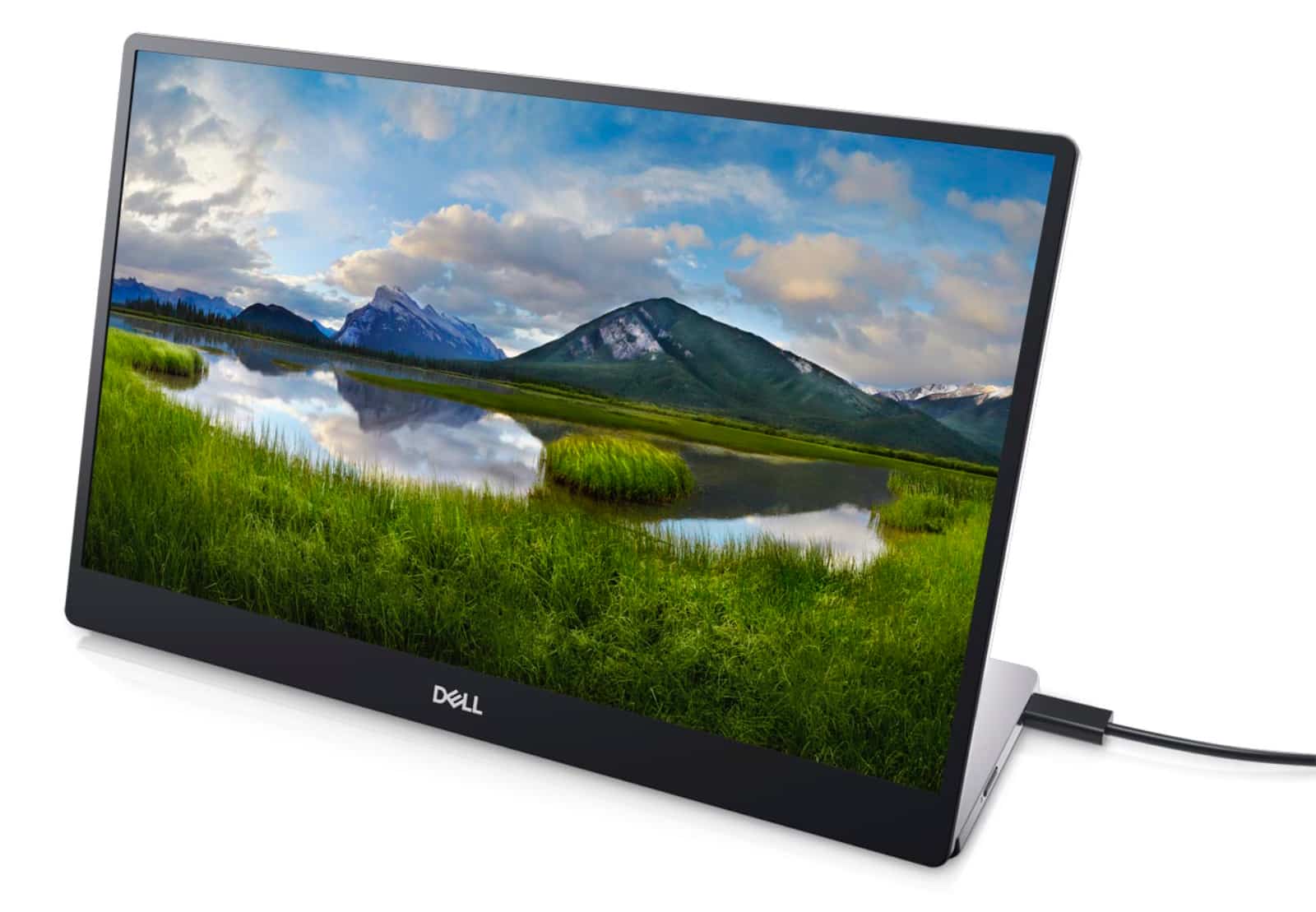 It’s a first for Dell, though we’re sure we’ve seen something like it from Lenovo, as it introduces the C1422H, or more simply the Dell 14 Portable Monitor.

In short, it’s a 14 inch Full HD screen for use over Type C with a built-in stand that can set the screen up at angles, and provides a similar experience to what Apple’s Sidecar does with an iPad and MacOS, by providing a second screen for a laptop.

As far as we understand, there’s no touchscreen here, as the Dell Portable Monitor appears to be just a screen for extra work, providing more screen real estate beyond the desk. No word on what the price will be in Australia just yet, but with availability slated for the end of August, we suspect it won’t be long until we find out. 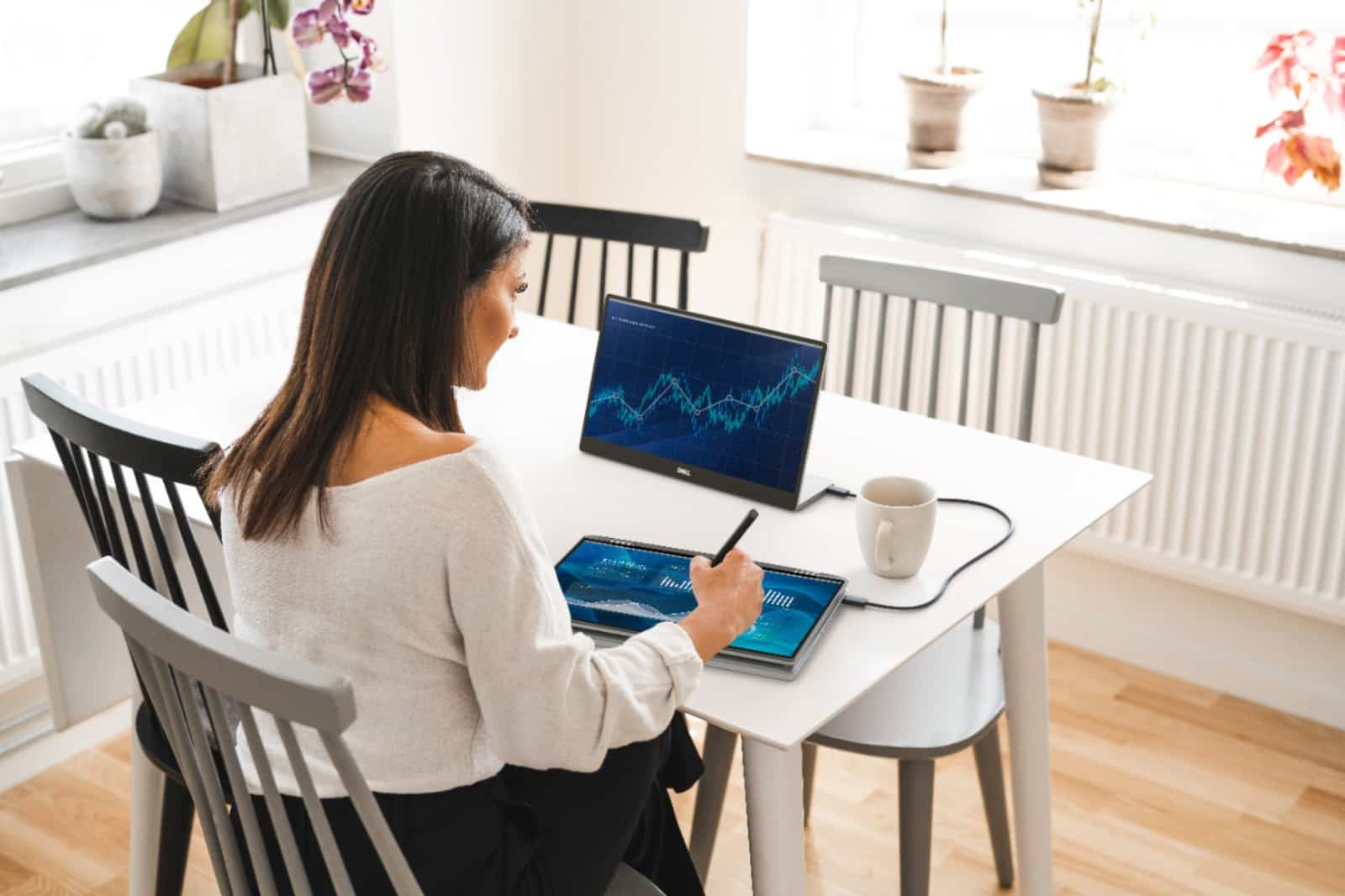 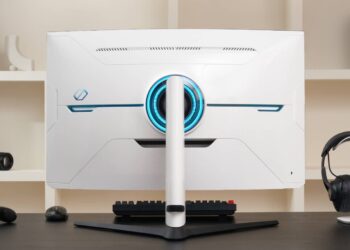