Your favourite DJ could be playing your song, but the next time you hear that list, you might even be able to identify it.

Even though lockdown has managed to get us all a little stir crazy, it’s not the same across the world. Internationally, people are still going to clubs and festivals, and dancing up a storm, listening to their favourite artists and DJs and so on and so on.

The post-COVID world isn’t entirely the “normal” that it once was, but people are beginning to return to some semblance of what it was. Gradually, anyway.

Here in Australia, that may take some time before everything is open and everyone is comfortable enough to go out and have a nice night on the town. However, the next time you do go out, there’s a possibility that what you hear at a club will be more easily found, ready for you to add it to your playlist at a moment’s notice.

The news comes by way of Apple, which alongside its recent acquisition of the Primephonic classical music service, has been working on a way to make electronic, house, and DJ music not only more accessible, but have both the DJs that bring the tracks together and the people on those tracks paid properly.

To do this, Apple has turned to its earlier acquisition of Shazam, using the music identification system alongside a team of experts to identify tracks found inside music sets, letting you see not just what you’re listening to, but give it a love heart and add it to your own playlists, too.

The use of Shazam in this way makes it possible to tune into one of the over a thousand DJ set mixes on Apple Music and not only listen to it as a set, but also identify the music that inside each set list. It’s kind of like asking the DJ what song they just played, but having them actually hear you and point to the record, rather than nod and ignore you.

Apple’s set list analysis won’t work for every DJ and set in the world, and it’s not even something every artist can simply submit to — sorry enthusiasts — but it will mean clubs, festivals, labels, promoters, and known DJs can have their work thrown online, accessible for all to relive. Grab a pair of your favourite headphones or a good speaker system, and you can relive the set list as if the DJ played it solely for your ears, running in a continuous mix just like the real thing. 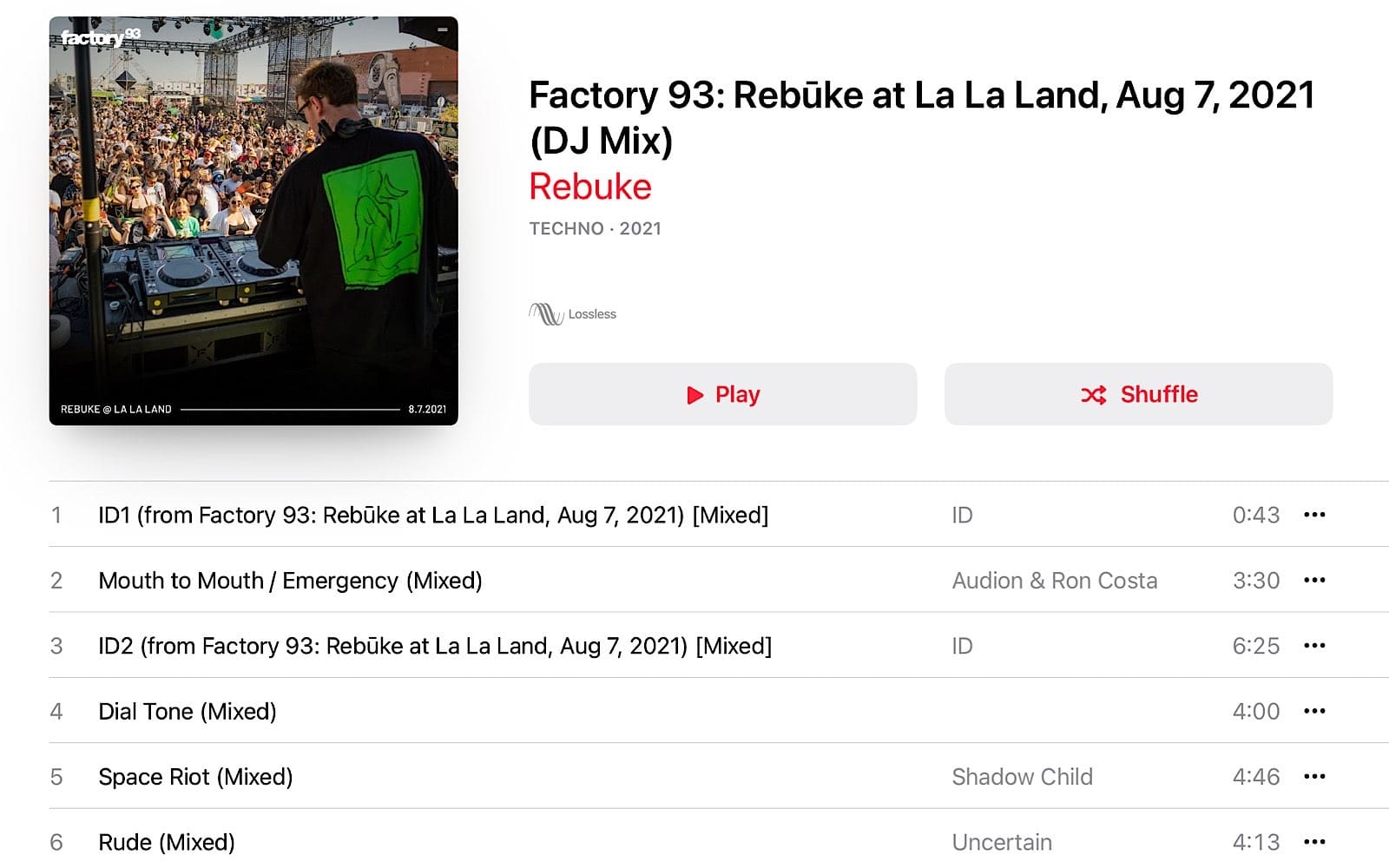 The lists are being added regularly, with live recordings from Tomorrowland, Boiler Room shows, as well as other sets from around the world, and archived mixes from DJ Kicks and Mixmag, to name a few.

In each set list, old and new, the music runs as a continuous feed just like at a club, but with each track separated and able to be favourited and bookmarked. Meanwhile, the artists will also be paid separately, making for winners on all sides: the music creator, the DJ, and whoever listens.

The DJ list spans the world, and Australian DJs are a part of that list, with five of the top 20 DJ mixes this year on Apple Music in Australia (January to August 2021) occupied by Australians, including Timmy Trumpet, Hayden James, Rufus Du Sol, and Fisher.

For anyone keen to experience the DJ sets, you can find these for yourself on the Apple Music now, with sets added regularly.