There’s a new version of Android practically ready, and while you’ll need to wait for your manufacturer to jump on board, the Oppo train is moving.

Now that Google is pretty much done with Android 12, and we’re just waiting to see what it will look like with the first official Android 12 device on October 20, there’s also the other side of mobile updates to look forward to: manufacturer releases.

While Apple’s iOS only comes to its iPhones and no other mobile device, Android is an open-source platform, and so makes its way to a bunch of devices not made by Google. That makes it very popular, and means practically any and every mobile maker that isn’t Apple probably has an Android phone.

And we are talking more or less everyone, or everyone left: Samsung, Google, Oppo, Realme, Motorola, Nokia, Alcatel, TCL, Vivo, Asus, Razer, Panasonic, and so on and so on. If someone is making a phone and isn’t Apple, chances are they’re using Android for the platform. Huawei doesn’t exactly use the official version of Android anymore, but there are reasons for why.

The sheer number of mobile manufacturers making Android phones mean every time there’s a new Android release, those mobile makers have to ready a new version of the OS for their respective devices, and with Android 12 on the verge of being released, that’s happening shortly, with Oppo the first to talk about what’s coming. 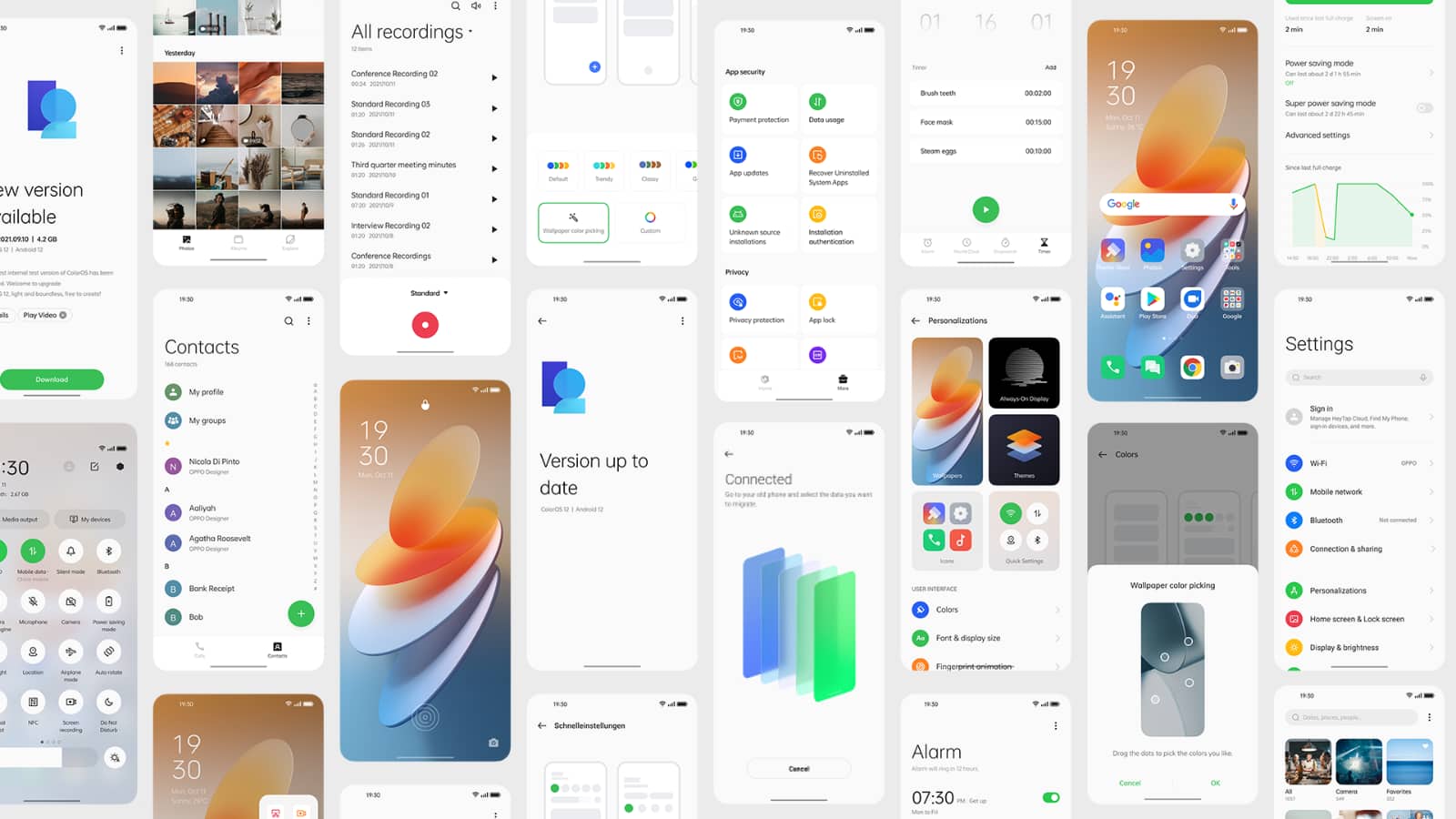 Officially it’s coming in ColorOS 12, the next version of Oppo’s Android overlay, which will use parts of what Google makes in Android 12 and parts of what Oppo is building, incorporating the customisable theming system Google initially talked up, while Oppo looks more at performance and animation. As such, Oppo is talking up improvements to memory and battery performance in ColorOS 12, as well as a more realistic animation experience that the company says is more lifelike.

Privacy is being emphasised for the next version, with the ability to keep apps locked and the system secure, while Oppo also talks up that data will also be found local to users rather than on a server far off in the distance.

What’s more, Oppo has noted that ColorOS will be more friendly to developers on Android, getting camera kits so developers can play nicely with some of the extras Oppo throws into its camera apps.

As for everyone else with a recent Oppo phone, 2022 looks like it’ll be your year, with the Find X2 Pro joining the X2 Neo and X2 Lite, as well as the X3 Neo and X3 Lite for the first half of 2022, alongside the Reno 4, and the mid-range A74 and A94 5G phones out in Australia. If you have something a little lower end, say the Oppo A54 or A53, you can expect the back half of next year for your Android 12 fix.