Imagine if your home had a gatekeeper built into the door, and it was more than just a camera. That’s the LG Smart Door, and it’s could eventually arrive in a home you own.

The humble front door hasn’t seen a lot of changes, at least not where technology is concerned, but there may be movement on the horizon.

Thanks to concepts like the Ring Smart Doorbell and security systems like Arlo and Nest, the front door is changing, and for the better. But there’s still yet more that could be done, the next evolution of the front door could come from someone you least expect: a company known for TVs and whitegoods.

It’s not unusual to see experimental ideas at CES from companies, and this year, one of those ideas comes from LG, with the door of the future.

LG’s take on the door of the future is called the “Smart Door”, and it comes with a “Fresh Keeper”, a little cabinet section that sits on the side where a delivery service for a grocery store or supermarket can leave that delivery in a refrigerated compartment that connects to the home. 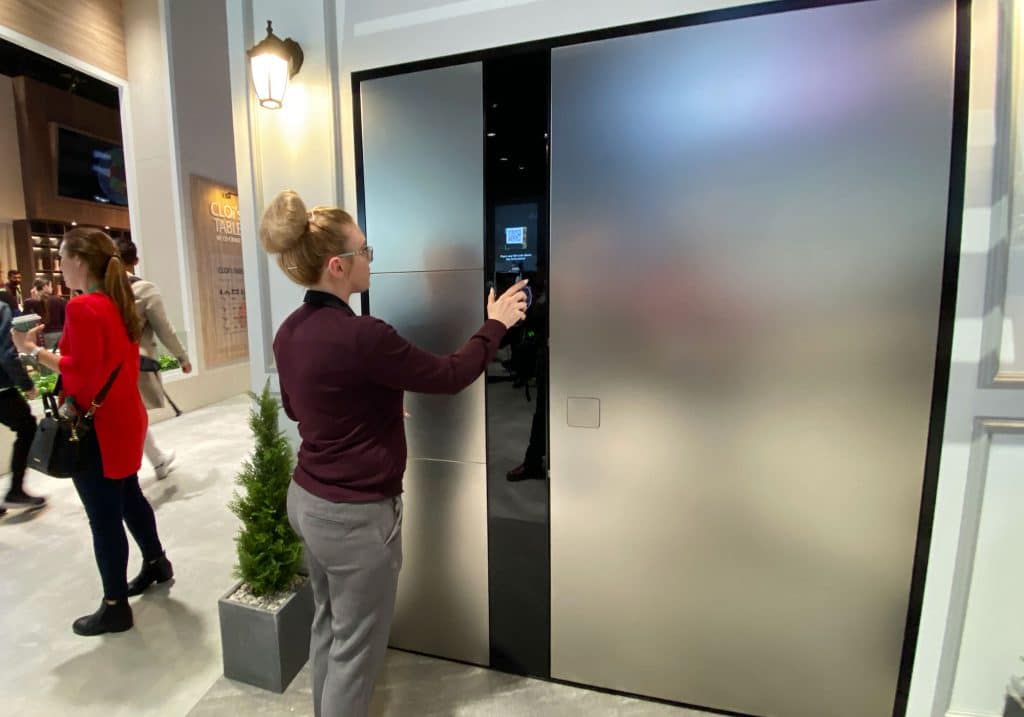 Instead of leaving all those drinks, milk, and ice cream outside to get warm, the Fresh Keeper is something a delivery driver can open up, leaving the goods inside, before closing the compartment up and moving on. If a delivery of anything else is being made, they compartment below the Fresh Keeper can be used for standard boxes, and both of these come with a neat design: only one side can be opened at a time.

The compartments are just one part of LG’s Smart Door, with the system including a video door bell and scanner. Once the scanners has approved of you being in front of the door, the flat metal surface of the Smart Door sees a door handle extrude and emerge, while the door itself opens.

If you’re unsuccessful in opening the door, you only get a metal surface, the same as any other person, which helps to provide some semblance of security. 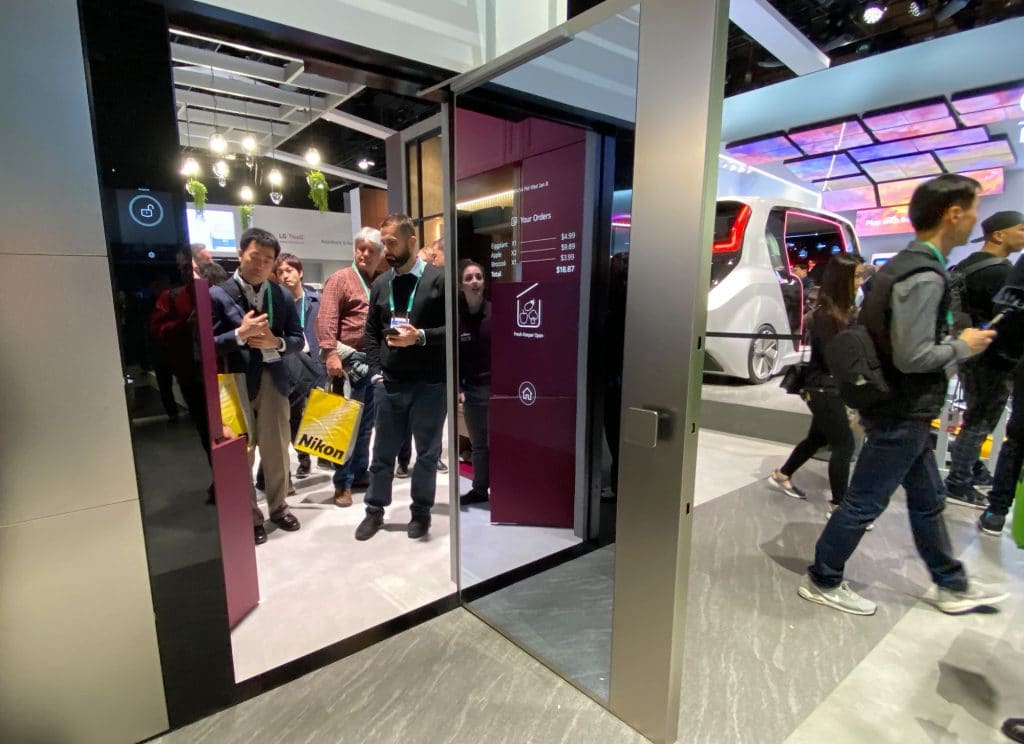 On the inside, LG’s Smart Door includes a large LCD screen to tell you what the outside world is going to be like. Weather was the first thing we noticed, but there’s also more going on here, such as the video doorbell feed also available, making it a door with a difference.

As such, the brief play we had with the LG Smart Door made it a door we adored, because it brings something else to the table that we’ve not yet seen in a functional door.

However the LG Smart Door is one door you won’t be able to install in the immediate future. While LG’s Australian arm told Pickr that the Smart Door was a product, not only does it seem like the sort of product that would have to be installed in a house from the beginning, there’s also no price or availability information.

We’ll jab LG some more to find out if or when LG Australia ever plans to get the Smart Door open and installed for local homes, but until then, this smart door seems to be the stuff of smart dreams. 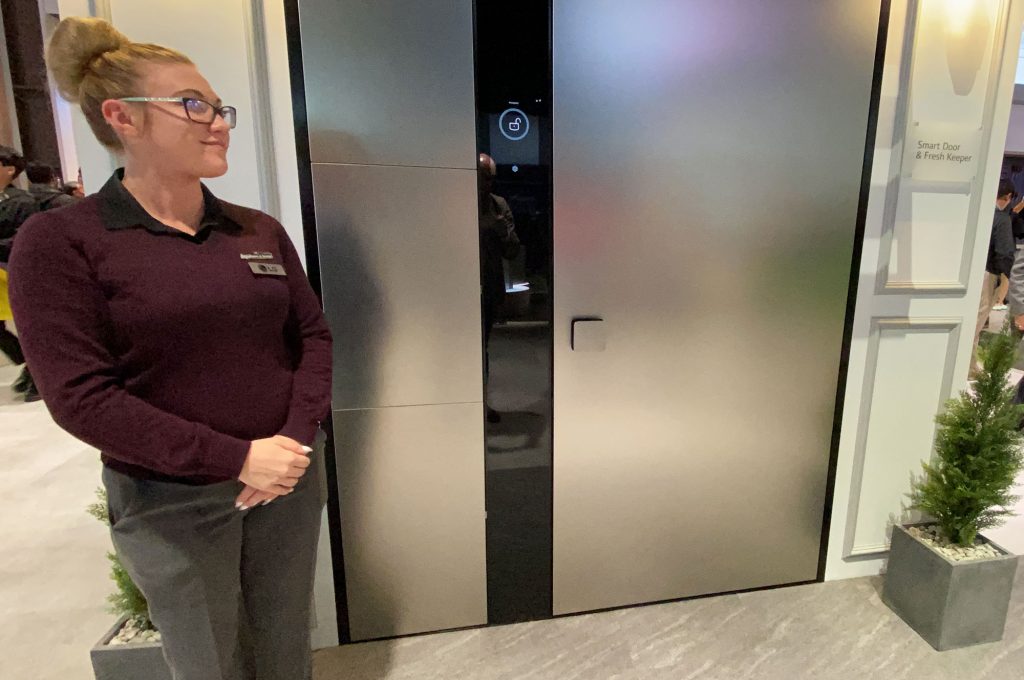