Gamers with a Telstra NBN connection might just soon have a way to make sure their internet connections play nicely with their games.

Sometimes, the technology we use can be impacted by the connections we rely on. In fact, in this newfound work-from-home era, we’re seeing that more and more, thanks in part to just how much is using the internet connections at home.

While many gadgets can get by without having to take a super-fast internet connection, or can even jump over to a mobile connection when things on the home internet are struggling temporarily, not everything has that going for it.

Take movies: if you want to keep a 4K stream solid, you’re going to want to make sure you have a decent internet connection on a broadband connection, otherwise you can expect the resolution to downscale and the quality to drop.

It can be a similar problem for online gamers with esports and multiplayer titles, because as the speed drops, so too does the quality in game, particularly if another player does something, and your game doesn’t show it in the fraction of a second that it happened.

Modems and routers are getting better at prioritising what’s going on, but they may not necessarily be engaged in a proactive approach, and that’s something Telstra is dabbling in right now.

One of Australia’s largest telcos, it has announced that Aussie gamers with a Telstra NBN fixed broadband account using the Telstra Smart Modem 2.0 can try out “Game Optimiser”, an online addition that will eventually cost an extra ten bucks a month to let you control what regions get the most authority from your connection, and to prioritise traffic to gaming devices. 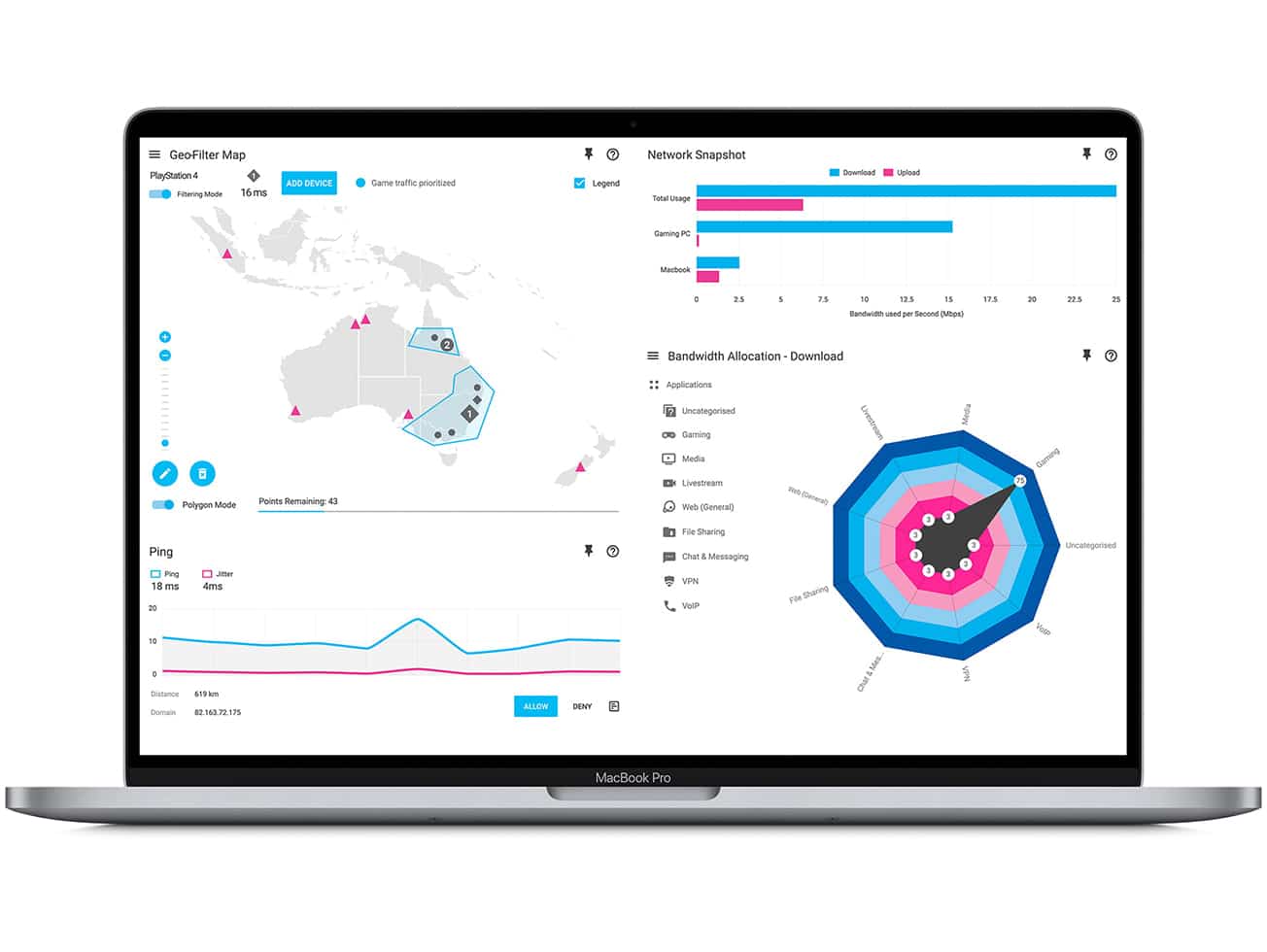 There’s no extra hardware for the Telstra Game Optimiser, and the whole thing works as an online version of “QoS”, also known as “Quality of Service”, a concept that helps routers deal with traffic priority to different devices.

You can typically find QoS settings on every router, but some routers may be more equipped to handle quality of service changes than others. Typically, it’s a “which device gets priority” setting, though Telstra’s Game Optimiser appears to go a little further, providing a graph and delivering information about what might be taking the most bandwidth in a home, and then prioritising the connections to a specific device to ensure games run smoothly.

Outside of the QoS settings, the Telstra Game Optimiser will allow you to select regions to prioritise the traffic from with geo-filtering, which may help improve and bolster the speeds attainable from specific servers, handy for folks who depend on servers around the world, be it local or much further away. An ad-blocker is also involved in the solution, with everything coming together to improve net traffic issues for gamers. 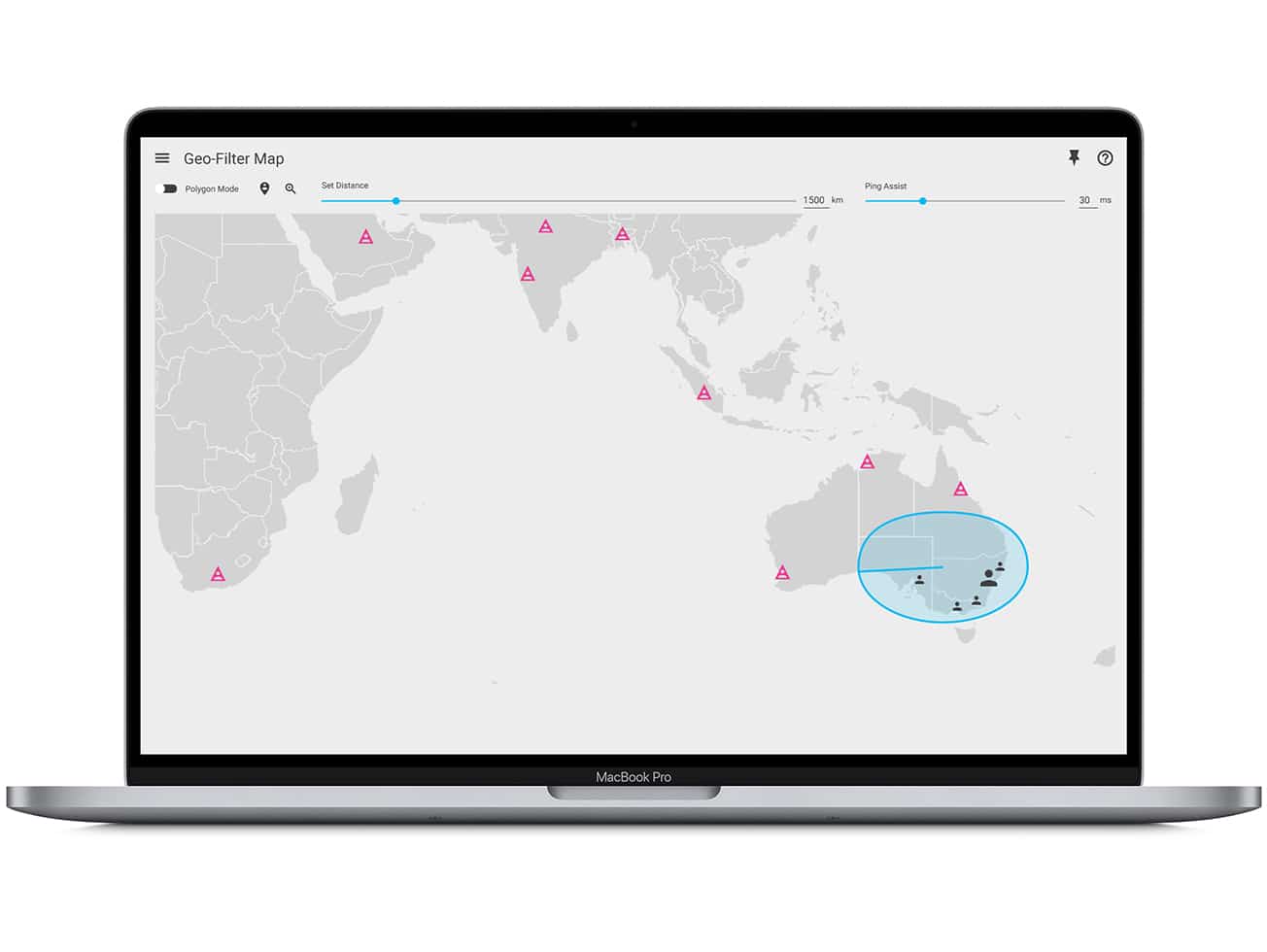 Helping make this happen is a piece of software Telstra is using named “DumaOS”, which makes it a software addition handled through the web and your browser, though there is a mobile version of the technology coming soon, allowing changes to be made from a phone while you’re playing the game. Think of it as controlling what happens to your network’s bandwidth while you see it happen.

“We know the in-home network experience is important for customers, especially for online gamers where mere milliseconds can mean the difference between victory and defeat,” said Nathan Gumley, Principal for Gaming at Telstra.

“Telstra’s Game Optimiser is not only about improving the networking experience in-home, it’s about giving players greater peace of mind and control over their gaming in-home traffic, where the online gaming servers they connect to are located, and removing technical barriers to help customers perform at the top of your game,” he said.

At the moment, Telstra’s Game Optimiser is in an “open beta”, and available free for anyone with a Telstra fixed NBN broadband account and the second generation of its Smart Modem, the former being required due to the speed while the latter being a hard requirement due to DumaOS needing Telstra’s hardware. Later on, however, past November 9 when the beta ends, Telstra says it will cost $10 per month to run the Game Optimiser addition, but won’t be available to either NBN basic speed accounts or fixed wireless connections.

However gamers keen to see if it makes a difference can try it now, and find out whether Telstra’s approach to Quality of Service can make a dent and help them — and Telstra — nail their next game. 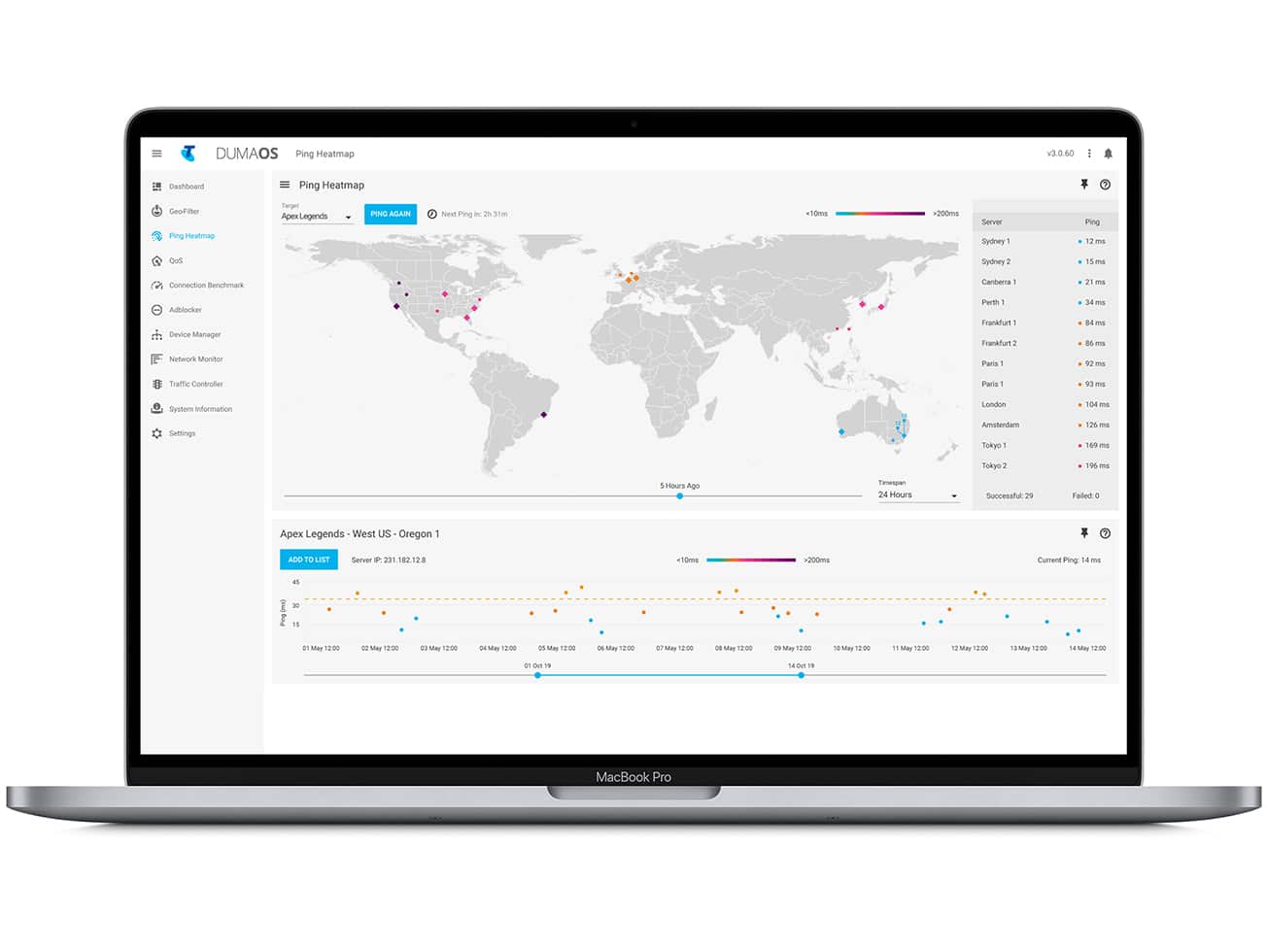 Telstra’s free payphones are back for Xmas 2020