If you’re an Amaysim customer, you’re about to become an Optus customer of sorts, as Amaysim has sold to Optus.

The days of Amaysim being a small player amongst the big telcos is over, it seems, as the company has decided to sell to Optus, the telco that already supplies its network to Amaysim.

One of Australia’s largest Mobile Virtual Network Operators (MVNOs), it’s about to join the throng at Optus, which used to have its own smaller offerings inside the company with Virgin Mobile before it was killed off. While Optus has been largely about itself in recent years, this change will mean Optus has more than just the Optus plans to offer, with at least one smaller offering.

In fact it won’t be alone. While Optus announced it was purchasing Amaysim for a cool $250 million, it also used the notice to launch another carrier of its own, Gomo.

That’ll give Optus a couple of different ways to get customers on both the Optus network and the Optus cash books, adding Amaysim’s 1.19 million subscribers to what Optus has, but leaving the Amaysim brand in the marketplace for now.

It means if you’re an Amaysim customer right now, you’ll likely stay as one, but that Optus will own the company instead of having it as a separate entity.

“In only ten years, Amaysim has grown to be Australia’s largest MVNO, building a brand and service offering that has resonated with Australian consumers,” said Kelly Bayer Rosmarin, CEO of Optus.

“This acquisition cements the long-term relationship between Optus and Amaysim and guarantees that Amaysim customers will continue to enjoy the benefits of Optus’ premium mobile network,” she said.

“We welcome the Amaysim team into the Optus family.”

It’s not the only offering Optus is welcoming to its family, launching another alongside it.

Gomo will be a digital-only mobile virtual network operator, offering a service that will be accessible via app and likely app alone, with access to the Optus 4G and 5G network, plus onboarding, service, and payments through the app. Whether that means Gomo will have access to eSIM availability through an app just like Optus remains to be seen, but if Optus is building a digital specific telco, it would stand to reason the service would work this way.

“We know customers prefer digital service options, so we’ve prioritised that in our offering, along with flexibility and simple activation, so value-seekers get everything they want, and nothing they don’t,” said Matt Williams, Managing Director of Marketing and Revenue for Optus, speaking about Gomo.

There’s no word on what Gomo will cost, but given the digital focus, it’s likely Optus will push for a simple plan approach, similar to what Amaysim achieved, and what will hopefully stay in place for customers of that telco, as well. 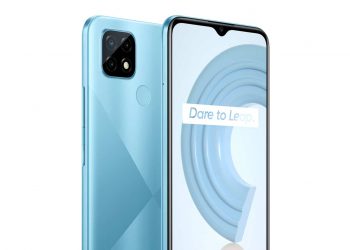