Soundbars typically offer sound from a central place in front of you, but JBL’s latest looks to split that bar and send some of it behind you.

Even though each soundbar is different, there’s a standard look for them all: a bar of sound that you place in front of your TV, and delivers an array of sound at your ears as you watch your screen.

Depending on how the soundbar has been engineered, you can be tricked into thinking you’re hearing a virtualised sense of surround, but soundbars can also typically be set up with actual speakers, allowing you to hear sound from behind you as well. There’s no “one size fits all” approach to soundbars on the whole, but most will offer either a two-, three-, or five-channel experience at the front, possibly with a subwoofer, bringing it to a 2.1, 3.1, or 5.1 sound.

The moment you throw in extra speakers, you’re typically catering for proper surround, extending to five or seven channels truly, or even something beyond. More channels can equal more dimensionality for sound, though this depends on the type of dimension you’re looking to add. 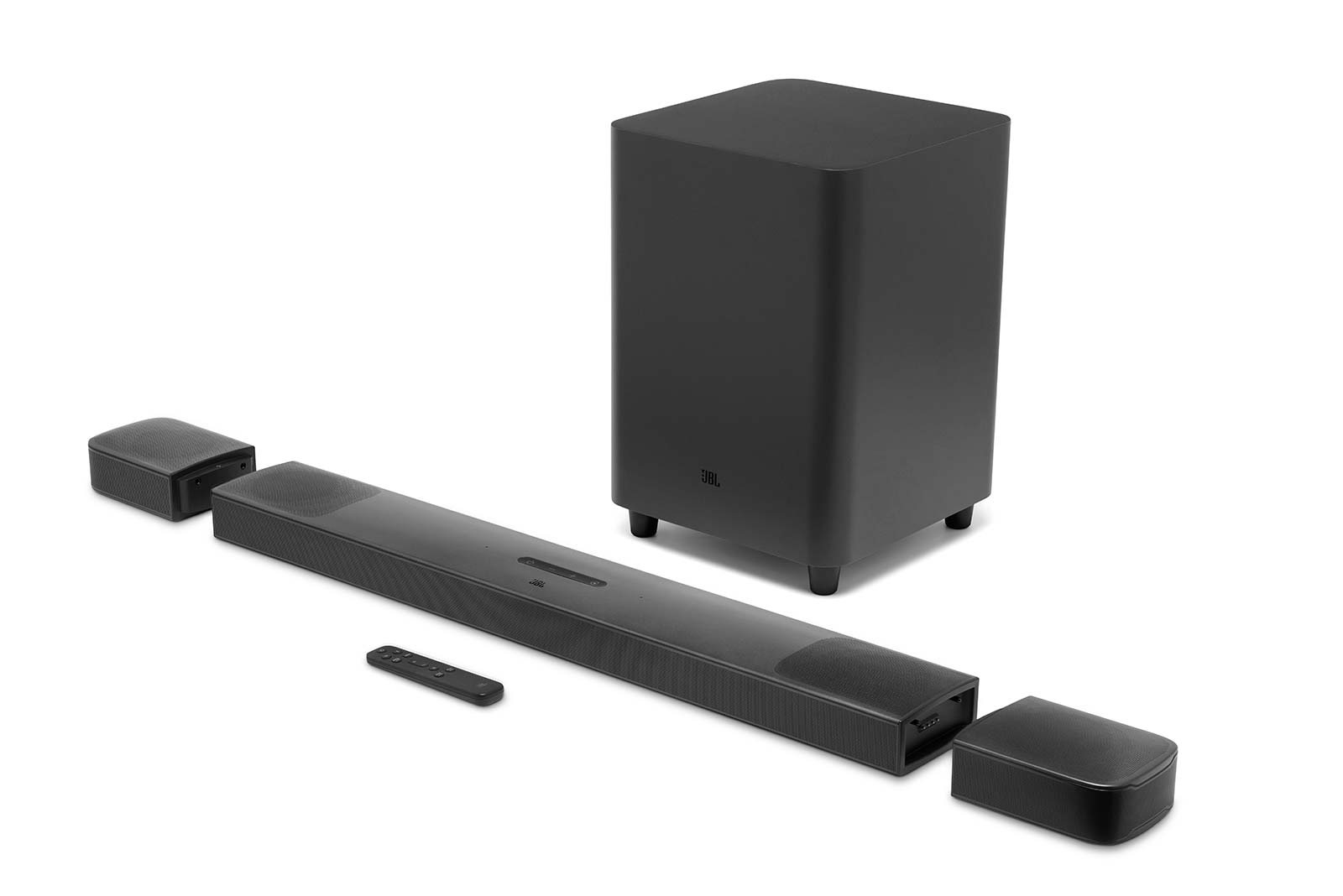 In JBL’s latest, the approach appears to be going for more surround, delivering nine channels from a soundbar, plus the one subwoofer, creating what the company calls a 9.1 soundbar with a neat trick: the two speakers at the rear actually can be connected with the main forward centre speaker if you don’t want or need the rear channels.

It’s an approach that isn’t entirely new, with companies trying it previously, and with JBL giving it a thwack now, this time with 820 watts of power and nine total speakers, announcing it as the JBL Bar 9.1.

Dolby Atmos is included here, too, and perhaps in a bit of a catch, JBL may not have named its soundbar quite right. Yes, there are nine speakers, but there are five between the bar and the separated speakers (three in bar, one each for left and right), and four upward firing speakers across the system (two in the bar, one each for left and right), plus a subwoofer. Together, this technically makes the JBL Bar 9.1 a 5.1.4 system, not a nine channel surround sound, which the name rather implies. 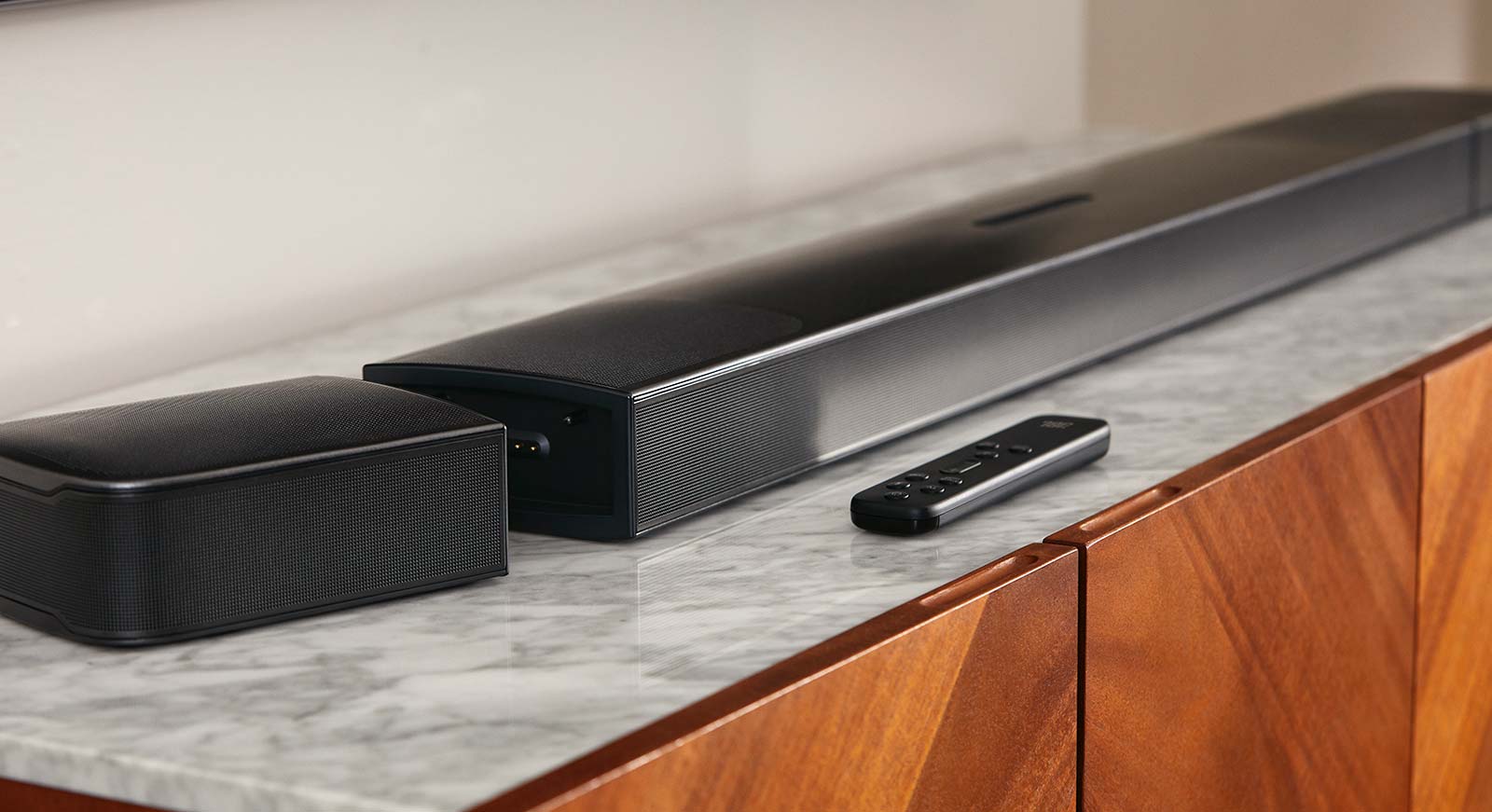 That may not matter in the end, however, as the point here appears to be sound, and a lot of it. There’s also support for Bluetooth, Google Chromecast, and Apple AirPlay 2, plus an HDMI port for plugging the TV directly in.

This should make it fairly compatible with devices in your life, though the JBL Bar 9.1 is a device that you may want to save for, attracting a price of $1499 locally.

You’ll find the JBL Bar 9.1 in stores across Australia shortly, ready to be split up and turned into a wireless Atmos surround system. 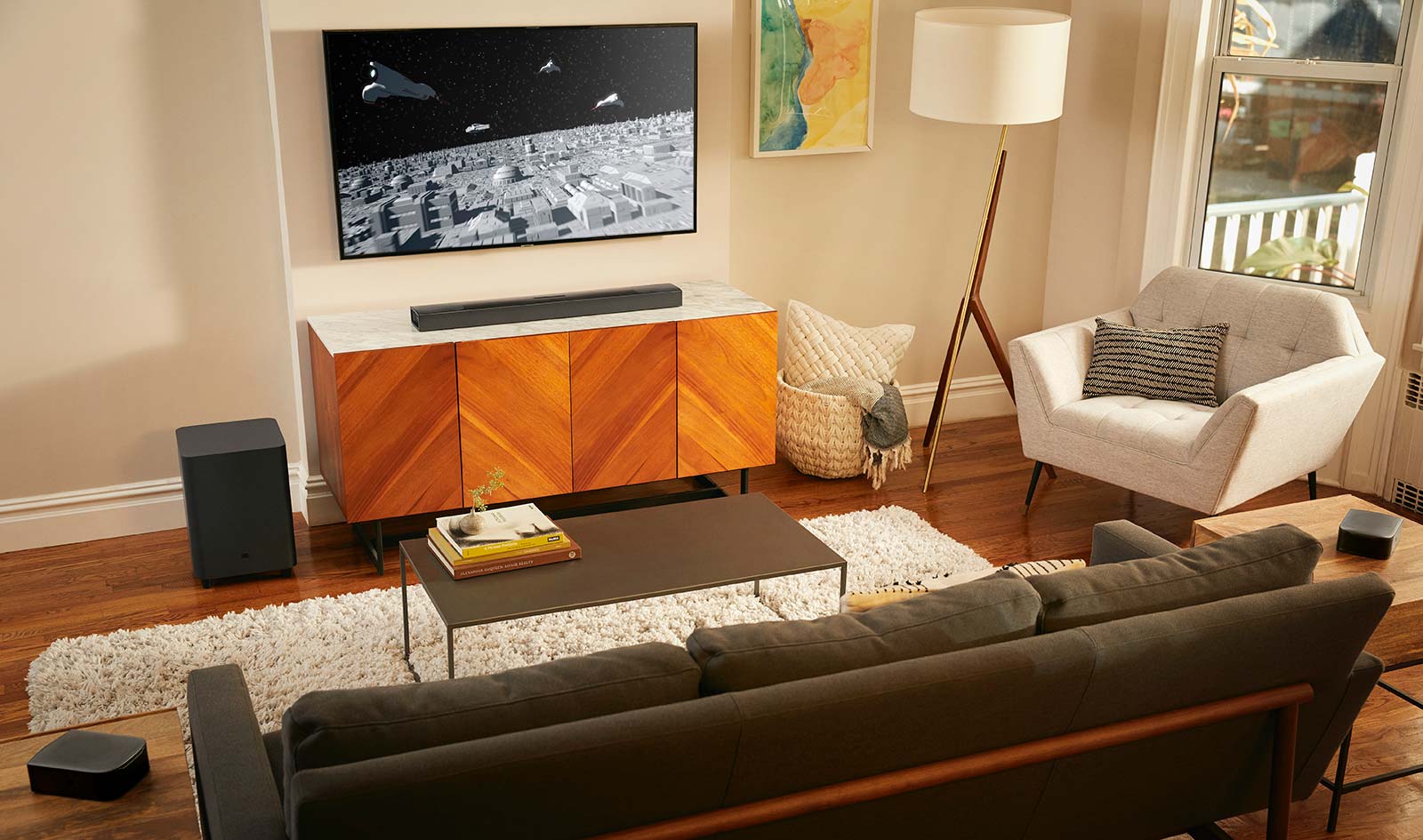 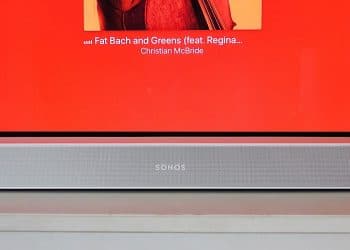