Ever been told you look like a piece of art? Thanks to an app addition by Google, you can literally interpret it, not just figuratively.

We can’t all be artists, and likewise, we won’t all end up in a piece of art, but it might be possible to project yourself into art, provided you have a phone or a tablet.

More of an educational app, Google Arts & Culture offers virtual tours of art exhibits and collections from around the world, including major artworks from New York’s Museum of Modern Art, the Van Gogh Museum in the Netherlands, the Musee d’Orsay in Paris, the Getty in Los Angeles, the Tate in the UK, and the Hermitage in St. Petersburg, Russia, among many others.

It can be thrown to a TV using a Chromecast, and aside for a look at art from your phone or tablet, the app offers augmented reality projections of how big some of the artwork looks, as well as experiments including puzzles, colouring books, and crosswords.

This week, however, the app added another feature made to make art a little more personal and personable: a camera to that can superimpose you as part of the art. 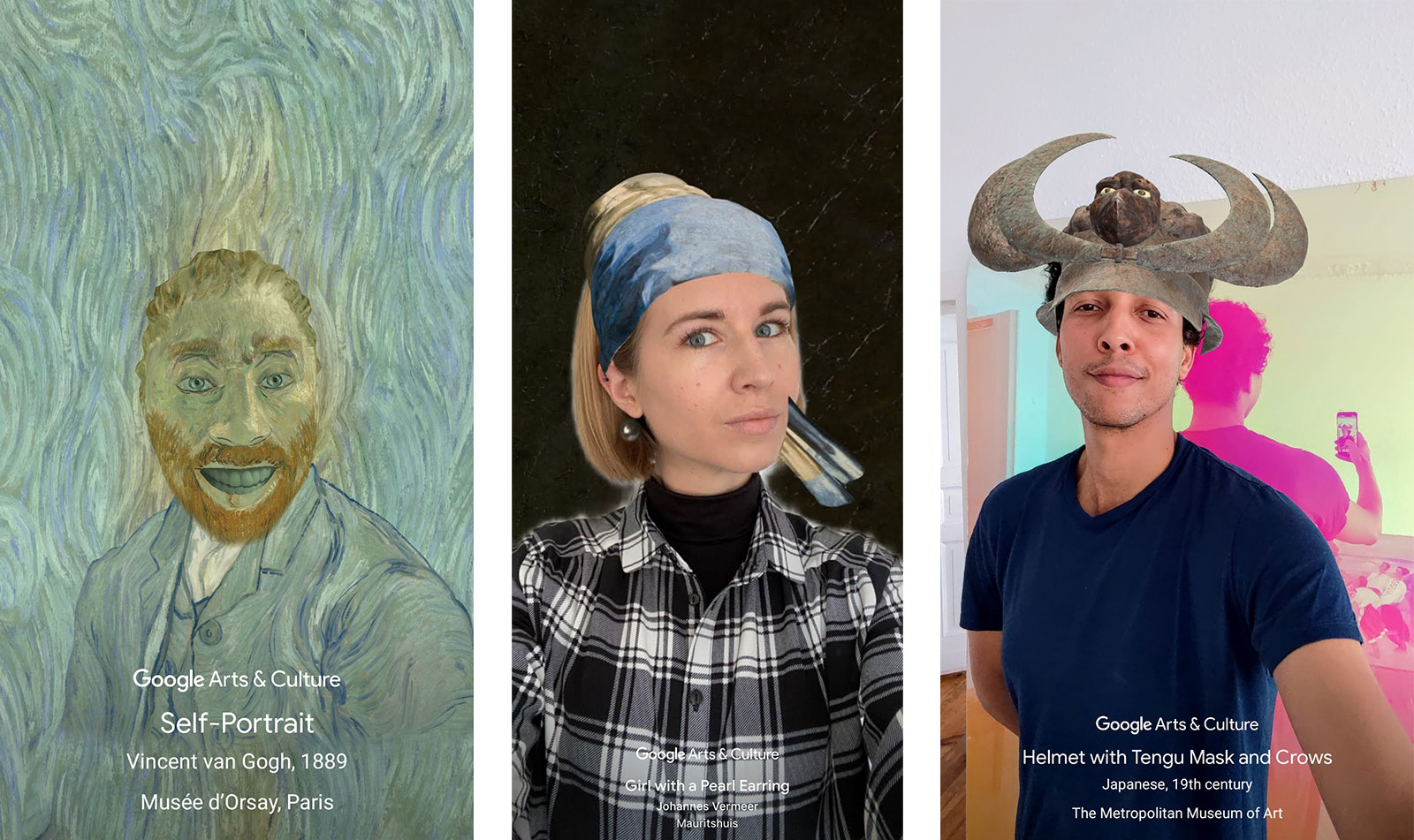 It’s what happens when you press the camera button at the bottom of the app, with “Art Filter” offering one of five pieces of artwork to transfer your likeness to, at least in a way.

Most will probably connect with Vermeer’s “Girl With A Pearl Earring” or Van Gogh’s “Self-Portrait”, but there’s also a self-portrait from Frida Kahlo, a traditional Samurai helmet, and an Ancient Egyptian necklace, with the Google Arts & Culture team using a combination of augmented reality, a phone camera, and 3D models to transfer your image into these pieces of art.

Google’s Art Filter isn’t the only feature for its special art-based camera, with the “Art Transfer” superimposing one of five art styles over an image or selfie, “Art Selfie” using machine learning to find artworks that look like you, and “Art Projector” using augmented reality to virtually display the real size of artworks in your space using your camera.