Sphero, LittleBits come together for kids and coding

Two companies focused on teaching kids the importance of science, technology, and engineering are coming together, as Sphero acquires LittleBits.

From STEM to STEAM, it seems the world of teaching kids science, technology, engineering, and mathematic is about to see two serious players come together to have one even more major impact.

Formerly known as STEM, the world of Science, Technology, Engineering, Arts, and Math (STEAM) is set to become a little more interesting, as two of the largest companies in that world connect in a big way.

Sphero — the maker of programmable robots that roll and drive — and LittleBits — the creator of customisable robots you assemble in pieces — have come together to become one big companies.

Specifically, Sphero has acquired LittleBits, likely in a move to expand its capabilities in the STEM and STEAM world. With access to patents acquired by LittleBits and its own, Sphero will have over 140 patents in can use in projects, opening up Sphero’s concepts that much further.

Combined, the companies have seen products reach over six million students worldwide over 35,000 schools, with these technologies helping to drive engineering interest as kids learn to code, among other things.

In fact, both companies have channeled their inner geeks to a Star Wars level by producing versions of R2D2, as Sphero made an app-controlled and programmable R2D2, while LittleBits allows people to build their very own R2D2 droid, among others.

As for what’s coming from the acquisition, Sphero hasn’t quite said, more or less suggesting that anything could be coming down the line to make education and engineering that much more enjoyable.

“Sphero and LittleBits are on a mission to make hands-on learning fun and memorable,” said Paul Berberian, CEO of Sphero.

“Together, we’re able to make an even greater impact by delivering the best possible solution — whether it is programming a robot to solve a maze or building an electronic music synthesizer,” he said. “There are infinite learning possibilities — and they’re all fun.”

In the past, Sphero has used shows like IFA to demonstrate new gear and announced products in September, so with both coming up shortly, there’s a pretty solid chance we’ll see the first examples of what the bigger Sphero and LittleBits combined company will offer.

Will that be a version of a Sphero robot you can build and then code? Or will you be able to take the Sphero RVR for a spin after assembling each and every element? Only time will tell. 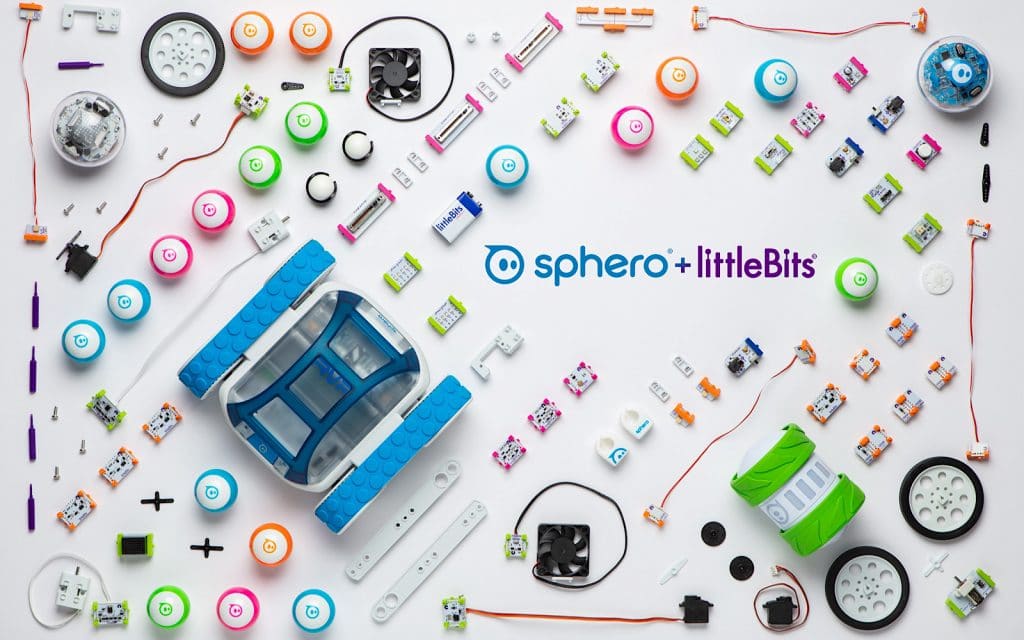