Battery life might be a continuing problem on phones with big screens, but fast recharge cycles could be an answer you can rely on.

When you own a big phone, there’s a good chance you have a pretty big battery behind it. That’s good, because it means you should get more life, though the question of “how much more life” can differ dramatically between models.

Solving the conundrum of smartphone battery life is therefore not easy, and that’s partly because we all have different requirements.

However one solution that could make a lot of sense in terms of beating battery life problems is charging your phone quickly. Being near a power point or a portable battery is one way many of us are dealing with the battery situation, but it only solves the power need, not the need to power a phone quickly.

Fast recharging could mean the difference between having very little battery life now, and having plenty to work with after a few minutes on a charger.

It’s something many companies are working on, and the recent inclusion by Apple of a fast charger in the iPhone 11 Pro Max box shows you big brands are considering options.

Oppo has this week shown its own improvements to the area, launching two technologies aimed at fast charging big batteries using both wired and wireless technologies.

On the wired side of things, Oppo has a new 65 watt fast charging technology it calls “SuperVOOC 2.0”. Based on Oppo’s Voltage Open Loop Multi-step Constant-Current Charging technology (and shortened to “VOOC”), the new version is an evolution of the technology to shorten charging time of a big 4000mAh to 30 minutes, compared to the hour or two it might take on other charging setups. Essentially, it means half an hour is needed for a full charge when Oppo rolls out this technology using the 65W SuperVOOC 2 adaptor, but that a shorter time would deliver more battery life than you might expect.

It’s not just a wired thing, as Oppo has been working on wireless fast charging, too.

Launched alongside the wired technology is a wireless “Flash Charge”, using a 30 watt power source to charge that same 4000mAh battery in 80 minutes.

“These new updates to our industry-leading flash charging technology showcase Oppo’s unwavering efforts to push the boundaries and deliver innovations that meet the needs of everyday Aussies without compromising on quality or safety,” said Michael Tran, Managing Director of Oppo in Australia.

“Our VOOC Flash Charge technology has reshaped the way Australians view charging and allowed us to bring the ultimate charging experience to more than 145 million users worldwide to date,” he said.

Oppo hasn’t said when either of these updated fast charge technologies will roll out, but a good guess is that you can expect to see them on upcoming phones.

Approaching the end of the year, it’s possible we’ll see it rolled out into a new Oppo handset, though it’s more likely Mobile World Congress in late February 2020 will reveal something sporting the tech. 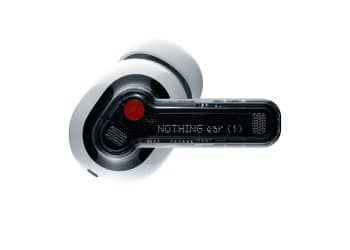