On the eve of Mobile World Congress, there’s news that upcoming phone releases may not go as gangbusters as everyone thinks, and according to Gartner, the reason comes down to one word: quality.

With Mobile World Congress set to start this week, the world is about to see a slew of new phones. You’ll see them from most of the typical culprits — from Samsung to Sony to a whole bunch of others — and that means that your chance to upgrade to the latest and greatest isn’t going to be too far away.

But if you don’t feel the urge to upgrade, don’t worry, because according to research from Gartner, you won’t be the only one.

Research from the phone and device tracking arm of the organisation has found that phone growth in the last quarter of 2017 was in decline, a first for a year’s fourth quarter since Gartner started tracking phones back in 2004, and something that the organisation is attributing to two linked factors: quality of devices, and how long we’re holding onto those quality devices for.

“Two main factors led to the fall in the fourth quarter of 2017,” said Anshul Gupta, Research Director at Garner.

That means we’re not only choosing not to buy quality devices when we buy a smartphone, but we’re holding onto quality models for longer periods of time, almost like we do when it comes to TVs, buying something good and expecting it to last a long time.

It’s not exactly the same, mind you, as you use your phone much more than you’d use your TV, but according to Gartner’s research, it’s making a dent in the expected smartphone sales.

With that in mind, the company says players like Huawei and Xiaomi (the latter of which isn’t made available in Australia) made some big strides in the back half of the year, though the number one player that is Samsung could easily claw that top spot very, very shortly.

In fact, with big players like Samsung set to announce those new devices shortly, you can almost expect the hype and anticipation to spin back up again, improving sales for companies in the next few months.

It won’t just be Samsung that talks new devices in the next week, with news from almost every major expected, and that means more things to look forward to if you’ve owned a phone for longer than a year.

With the two year cycle generally the time people make the upgrades, that’ll mean owners of the Galaxy S7 and Galaxy S7 Edge (for instance) will likely be looking to Samsung this week to find out what their next phone will look like, or indeed another brand, and given the amount of news we’re about to see, the good news is there’ll be plenty to choose from. 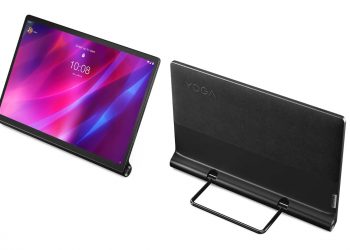