It’s a pun opportunity we couldn’t let escape, but a new Aussie gadget acting much like a Fitbit has real value to farmers.

You wear a Fitbit or another wearable fitness tracker because you’re keen to track your comings, and goings and how they fit in with the greater view of your health, but there are other ways the technology used in these gadgets can help people.

Fitness wearables rely on a variety of sensors to track this information, from pedometres to accelerometers, a compass, and a GPS, and they transmit it all to a device which makes heads and tales of the information. When it comes to your health, the processing power and algorithms are built for analysing your life. When used with other animals, they’d have to be programmed differently.

And that’s kind of what has happened, with Australia’s science organisation, the CSIRO, working together with an agriculture-technology startup Ceres Tag to develop a wearable tracker not for humans, but for cows.

The Ceres Tag isn’t worn on the cow’s paw, not like how a Fitbit is commonly worn on our wrists and is instead tagged on a cow’s ear, though its use is largely similar to how we track ourselves, though built for a farmer.

The CSIRO Ceres Tag is GPS-enabled and uses accelerometers much like wearables for humans, and can be used to track an animal location, helping farmers track if a cow has been stolen or escaped, while movements can also show where cows are grazing and if they’re sick. 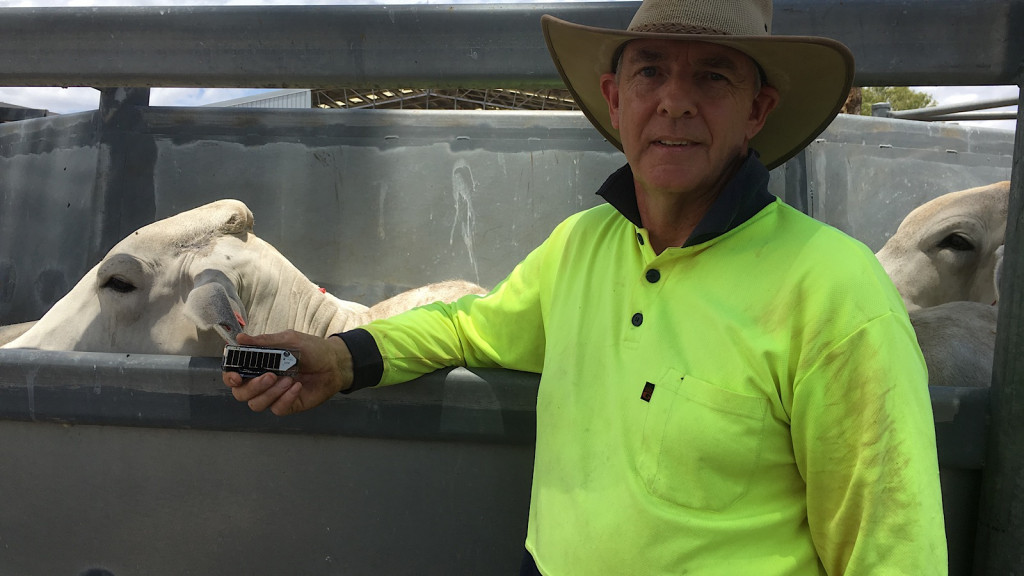 “Aussie farmers need every bit of help they can get right now so we are pleased it has taken less than a year for this technology to move from the research phase into development for a real-world trial on cattle,” said the CSIRO’s Dr Ed Charmley (above).

“Our focus for future iterations is to create a smaller and lighter tag, as well as added functionality such as a temperature sensor, which could alert farmers to illnesses at an earlier stage,” he said.

The CSIRO Ceres Tag for livestock tracking was trialled on 100 cattle in Queensland, and while it may not be publicly available immediately, it will be on show at the Global Forum for Innovations in Agriculture in Brisbane from November 27 to 28.