The futuristic world of Blade Runner comes to VR

There’s a new Blade Runner movie coming, so why not check out a VR movie tie-in based in the future?

The far off crazy world of science fiction isn’t for all, but suspending disbelief and checking out a vision of the future is often fun, and can inspire what happens next.

Ridley Scott’s breathtaking vision Philip K. Dick’s reading of how robots would become sentient in “Blade Runner” has always been a favourite of ours, delivering that world not only where robots are lifelike, but how cars hover and fly, how billboard ads light up the night sky on buildings, and hey, how umbrellas can glow in the dark in an almost seemingly perpetual rainy day. And while we don’t have lifelike robots, flying cars, or building-sized ads yet, perhaps Blade Runner is further off than we’d like.

Still, it’s a top movie, and one with a sequel finally arriving this year, continuing the “what happened” question to its main character Rick Deckard that not necessarily everyone wanted an answer to.

Not everyone is necessarily sold on the idea of the film, mind you, but we’re intrigued, and doubly so with the release of a virtual reality experience based on the franchise. 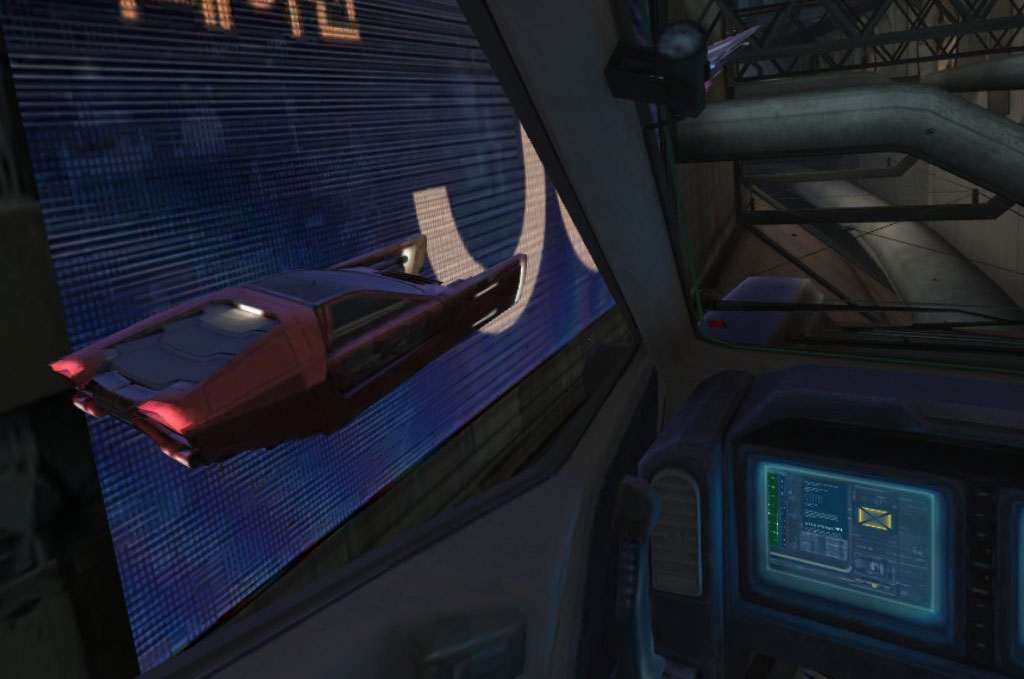 The first in a series, “Blade Runner 2049: Replicant Pursuit” is marketed as a game based in the Blade Runner universe, allowing you to take control of one of the flying cop cars – a “spinner” – and chase down the bad guys, because that should be your job. All of this, of course, happens in the Blade Runner world of tomorrow, meaning big buildings, lots of bright ads, flying cars, and rain.

And for the most part, that’s what you get: a 3D world inspired by the film (both of them, we presume), even if you don’t get much of a game.

On Samsung’s Gear VR, you’ll find the free movie tie-in “game” sticks you in the seat of a cop chasing down a perp, with the only game elements being looking at cars that you can scan, though the game generally moves through these without really needing to do anything.

For the most part, Replicant Pursuit plays out like a bit of a roller coaster, getting you to sit in your seat and have the experience take you on a fly-thru tour of aspects of this city and world as you chase someone down.

If you’re someone who happens to like motion simulation especially on the VR platform, it’s easily worth a try, though its motion can generally feel a little more intense than other simulations. 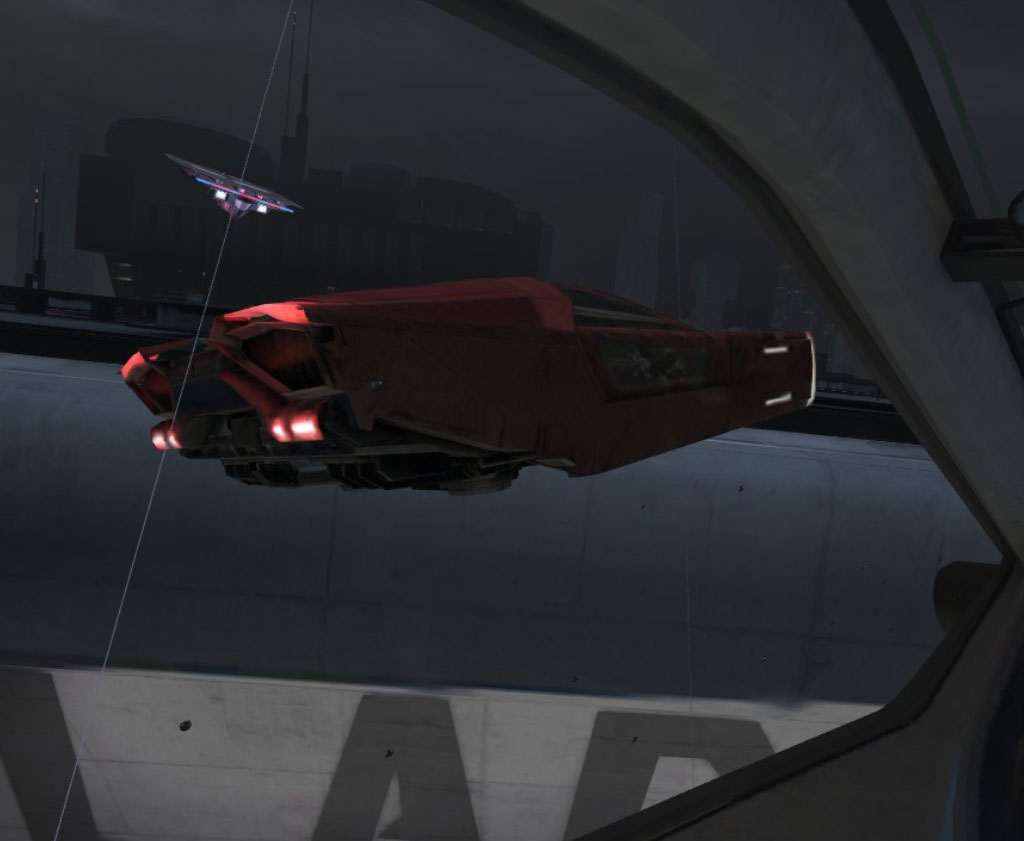 It’s not that it’s necessarily a speedy simulation, going by a lot slower than you might expect, but rather that there’s also a lot of vertical motion, so a feeling of nausea may be more common, so make sure you’re sitting and comfy, and possibly not in that swivel chair you normally arm yourself with for the VR rides.

If anything, Replicant Pursuit gives a taste of the Blade Runner world we have to look forward to when the film arrives in October, and makes us yearn for a proper Blade Runner VR video game. Hey, there are a few more on the way, so here’s hoping they can live up to the experience offered by Westwood’s excellent but now ridiculously hard to find adventure title based in the Blade Runner universe (yes, we’re that type of geek, and we’re not ashamed, either). 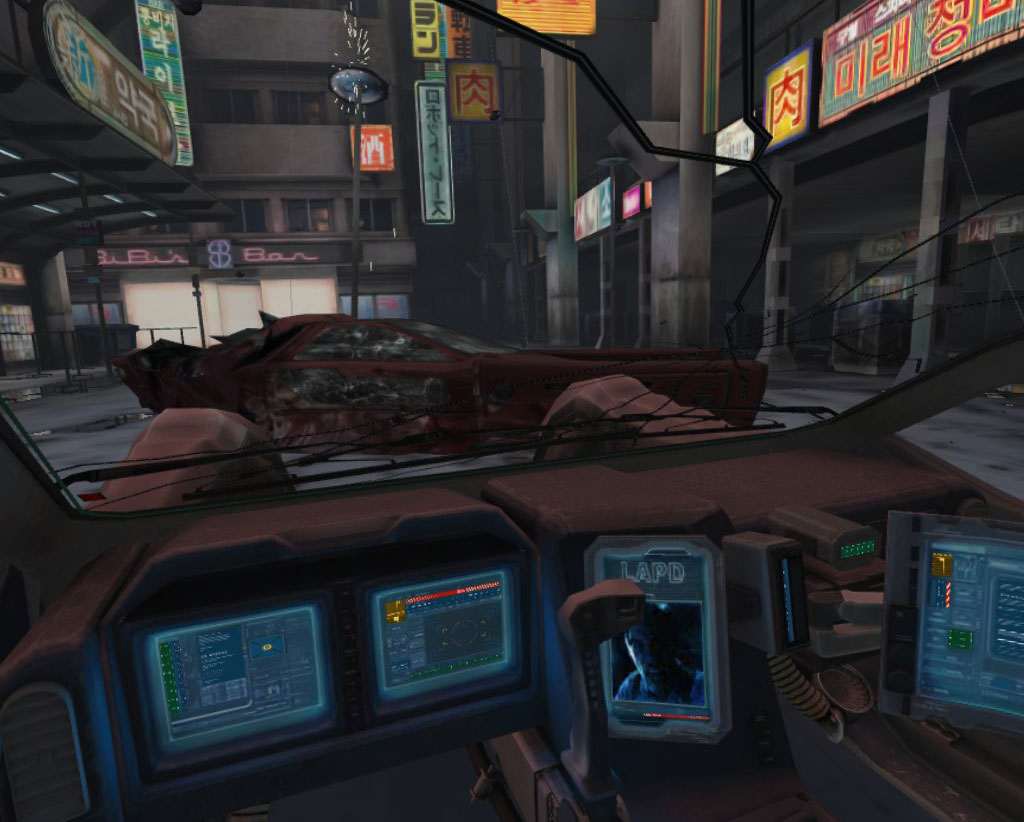