Samsung teases MWC with a tableaux of a tablet

Mobile World Congress is just around the corner, and that means new phones and tablets. It’s looking unlikely we’ll see the new Galaxy S8 at the event, but Samsung will apparently be revealing something.

The biggest show for the new year’s products — CES — barely done and dusted with, but it’s already time for something new that wasn’t announced at that showcase.

Or it almost is, anyway.

Samsung has sent out an announcement that something new is coming, with the electronics giant using the mobile showcase that is Mobile World Congress in Spain at the end of February to make that clear.

Right now, however, the only thing that is clear is that the company is announcing something. From the looks of the teaser image, however, that thing will be a tablet. 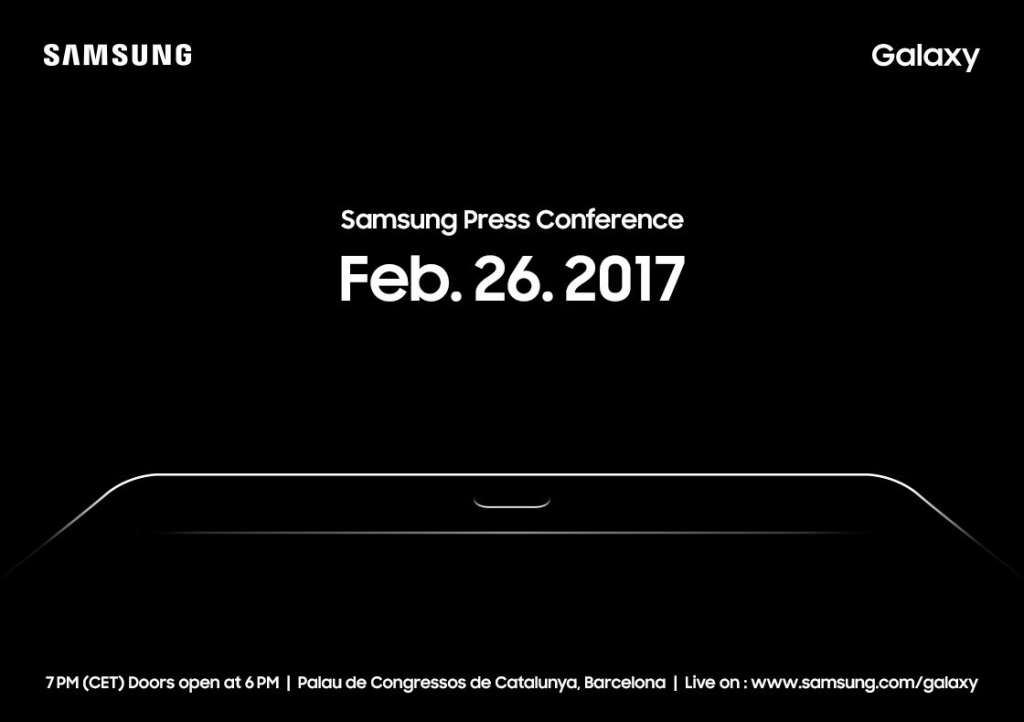 The shape of the bottom of Samsung’s tablets is pretty specific, borrowing from the Galaxy phone design and incorporating a softened rectangular home button flanked on each side by a soft button, and that’s what this device is looking like, with the shape suggesting something rectangular though not necessarily slim and tall like the phones.

That gives us a pretty good idea that this will be the long-awaited follow-up to the Galaxy Tab S2, likely the S3, though we’ll be curious to see if this is more than just a sequel for sequel-sakes, especially as tablets begin to lose ground against the number of big phones being sold.

In any case, we’ll let you know when we do, which will be February 27 our time. Stay tuned.