If you’ve ever clicked, made, or used a hashtag, today’s the day for giving it credit on linking your topics of conversation.

There’s a birthday today, and no it’s not ours. Rather, it’s the birthday of the hashtag, an internet concept that has become ingrained in our web-savvy culture and used across the world, not just online, but also on advertising, in books, movies, and anything else that wants to link a topic together like a chain.

A hashtag is essentially that, with the term being used to connect messages together for easy discovery.

Anyone can have a hashtag, with most social networking apps including support for the easy-to-create internet concept, able to be devised simply by taking a word, a name, a term, or a hodgepodge of the three and slapping a pound or hash at the front.

Why, my daughter has three, and she’s not even two months old. You could have as many as you want, you just need to choose the term, add a # to the beginning, and use it on the tweets, Facebook updates, Instagram posts, and so on and so on that you wish to link together.

When you use the hashtag, networks create what is essentially an automated index for each, much like how a category works on a website. Every time someone uses that hashtag, it adds to the index, and that makes it possible to collect the posts together.

Back in 2007, Chris Messina posed the idea of the hashtag when trying to bring a group of people together with #barcamp, and since then a lot has changed. We use hashtags quite regularly, often for marketing ourselves, our lives, and connecting topics. You only need to look at ABC’s Q&A on a Monday night to see how quickly #qanda trends to see how often we’re using the hashtag.

Globally, Twitter says roughly 125 million hashtags are shared every day on its social network, and it’s not the only provider using them, with support on Instagram, Facebook, and LinkedIn, too.

Around the world, it’s seen wide use, with the most used movie hashtag unsurprisingly being #StarWars, while Twitter this week hopes the #Hashtag10 for the 10th birthday of the hashtag itself also gets ranking.

“When anything happens in the world, it happens on Twitter, and the hashtag is a perfect example of this,” said Suzy Nicoletti, Managing Director of Twitter in Australia.

“When you look at some of Australia’s top Twitter hashtags, you’ve got everything from social movements like #illridewithyou, to passionate fans of #5SOS, iconic sporting events like the #MelbourneCup and the ever-trending #auspol. It’s a mix that speaks to our unique culture, sense of identity and sense of humour. It’s #whatshappening,” she said.

Seriously, you can have hashtags for anything and everything, and you don’t even need any qualifications. #JustComeUpWithAWordOrPhrase and #RemoveTheSpacesAndPunctuationForAHashtagToWork. #ItsThatEasy. 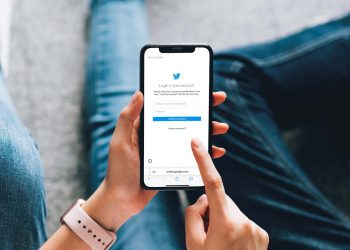