A new camera is on the way from Canon, and it features a meatier sensor and flip-up screen to let you do more than travel photos. It’ll even let you make the camera more colourful.

Camera makers need to work harder to get your attention these days, and as we’ve said time and time again, smartphone really share the brunt of that blame.

In fact, your traditional simple walk-around camera just isn’t usually that useful in comparison, and that’s thanks in part to your phone having a great camera and a connection to the online world, which is where we like to share.

They’re just more flexible, but often they can also be too big, and so manufacturers have been working to get the entire system down in size.

Canon is no stranger to this, and while it was a little late to the game, it’s full speed ahead while it focuses on making interchangeable lens cameras smaller and more powerful. 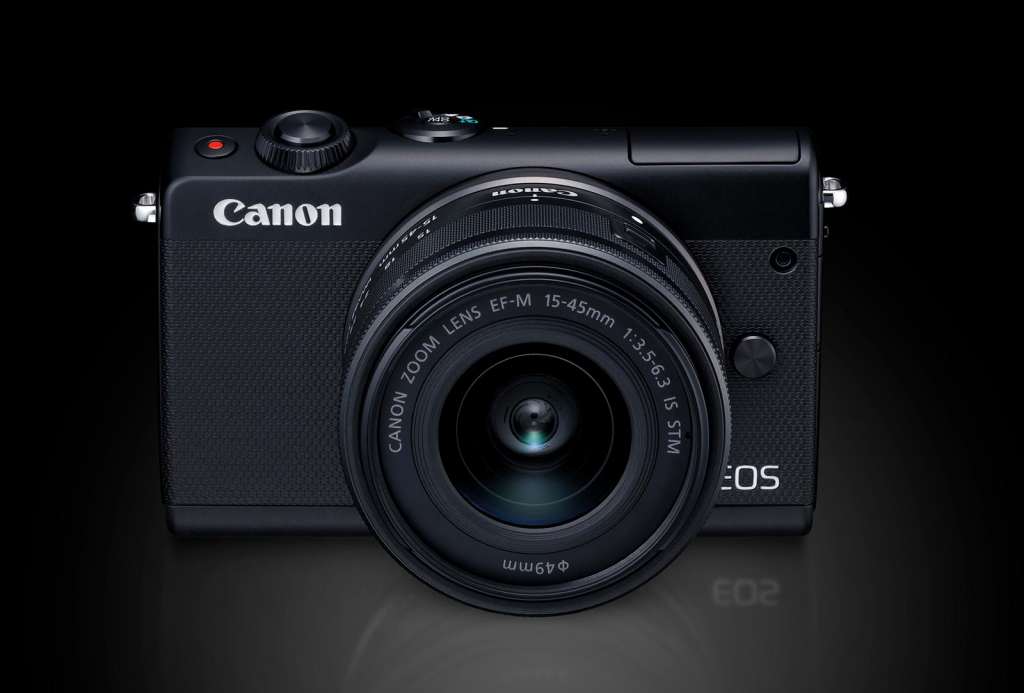 Case in point, this week Canon is announcing the EOS M100, a compact camera reliant on a sensor and autofocus technology derived from its bigger digital SLRs, but packaging it all into a smaller body with a screen that flips up to 180 degrees.

Similar in design to the M6, Canon’s M100 is the latest in its dabbling with mirrorless cameras, packing in a 24 megapixel sensor that appears similar if not identical to what the company threw into the M6, with dual pixel autofocus and low-light sensitivity ranging from ISO100 to 25600.

Wireless connectivity is a big part of this camera, with support for Bluetooth, WiFi, and Near-Field Communication, meaning you’ll be able to get images off the camera with any Android or iOS smartphone and tablet, and the flip-up touchscreen is essentially Canon’s way of saying “take selfies with this instead”, delivering 24 megapixel selfies on screen you can touch and focus on.

There’s also support for video, with Full HD’s 1920×1080 found here, but one of the more curious parts of the EOS M100, however, isn’t what it comes with, but rather the customisation, as Canon embraces a bit of Nokia, or old school Nokia, anyway.

Remember when you could buy colourful cases for your Nokia 3310, 5110, 8210, and so on? Well, you can do much the same with the Canon EOS M100, adding optional “body jackets” to colourise the camera and make it more than just standard-old-camera-black.

That’s certainly a cute addition, and while the M100 certainly looks good on paper — and we didn’t mind the M6, which it appears to share some ergonomics with — Canon’s biggest issue will be with the other mirrorless cameras out there in the world, many of which are not only super competitive in price, but also on features.

Sony comes to mind, for instance, with the highly versatile a6x00 series, while both Panasonic and Fuji offer fantastic models, too. Canon theoretically has the edge in lens availability, but only if you get a converter for Canon’s SLR and DSLR lenses, which are bigger and not as well designed for the mirrorless body.

In fact, the one thing we had hoped to see alongside the M100’s launch was just that, more lenses, but while Canon has a few, it has only announced macro lenses for its bigger cameras, even if they are macro lenses with a twist. 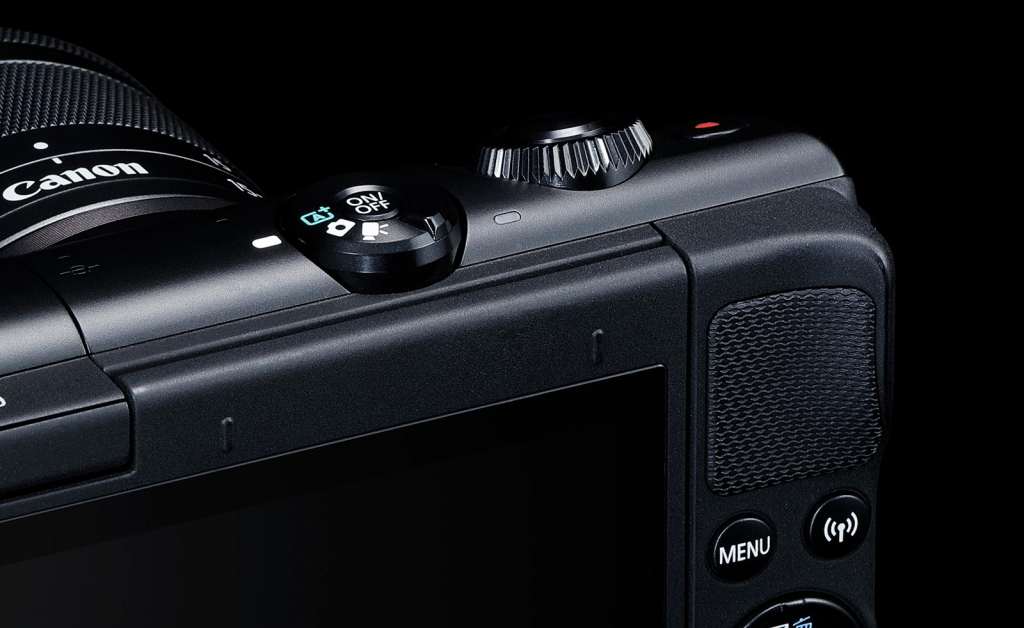 Canon is also missing 4K Ultra HD video, what is now becoming a staple in the mirrorless world, and while we suspect it wants you to upgrade to a big digital SLR to get that, tiny mirrorless cameras have supported 4K for some time. Why even Samsung’s old and discontinued mirrorless cameras had it, and they were pulled from market a good year or two ago.

That essentially means Canon’s EOS M100 is walking a very fine line between compact mirrorless curiosity with folks who want the versatility of the big camera without the size, but also are applying to those who trust the brand over the feature set, and we’re not sure that’s the smartest game to play.

While camera lenses can keep you locked into a system — as this guy certainly knows with his Nikon cameras — a great camera will easily make you want to go out and buy for a different system, if not focus on a ring that converts your other lenses and makes them compatible — as this guy has also learned with a Sony A7 camera.

This writer will easily raise his hand as evidence of refusing to stay locked on, and wanting tp jump ship, as more and more brands show that they too know how to rock the camera boat, and help you get the best photos and videos you can. 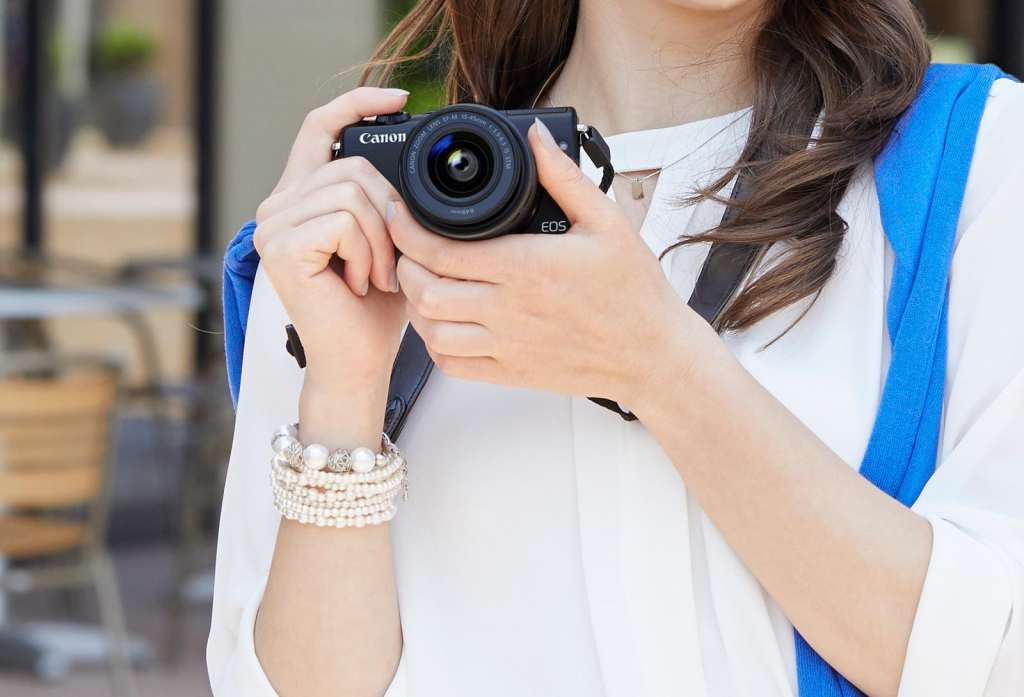 Hopefully that’s what the EOS M100 can offer, and we’ll certainly let you know later on if it’s more than just another compact mirrorless equivalent of Canon’s enthusiast camera, which we hope it certainly has the potential to be.

Canon says it will be touching stores in October, but that there’s no price yet. Our guess is that it will fit in just over the EOS M10, and if Canon leaves that model around, should see a price between $600 and $800. We’ll let you know, otherwise.