Bokeh, botnet among the tech words added to the dictionary

We all use words that probably aren’t recognised in the traditional dictionary, but that’s a book that is constantly evolving, and this week your word might actually be more than just slang.

Depending on where you live in the world, there’s a good chance your dictionary is different from that of others. In Australia, for instance we rely hard on the Macquarie which sees an update every so often, but not necessarily as much as some overseas.

One of the more internationally renowned dictionaries is updated quite regularly, added words used in every day activities and technology after they’ve become so well known that it makes sense to include them, so regular folk aren’t forced to find the definition on places that might lead them astray with a fake definition, or something made up because the writer thought it would be fun.

For the Merriam-Webster dictionary, that’s exactly what has happened, as the folks at Webster highlight a few key terms that have been floating around the tech and media space and add them to their fine pages.

The new additions to the dictionary do not include Blackadder’s poem about Baldrick being a sausage, but do include a variety of things that have become commonplace in today’s digitally-focused society, such as a “photobomb” where you enter someone’s photo or selfie intentionally to show yourself in it, “ping” for when you send information to a server to check that it’s active or down, “first world problem” when you’re citing something that only someone in the first world would call an issue (and usually isn’t, #FirstWorldProblem), and “wayback machine” because it’s probably the best storage mechanism we have for the internet.

Photographers will finally find acceptance for “bokeh” when the background goes creamy and a portrait is sharp, while SciFi-fan-people can no longer call Klingon a language now that a constructed language is called a “conlang“.

It should come as no surprise that so many of the words appearing have to do with technology, because it’s something that takes over our life.

As a result, software that has long been abandoned and can now be had for free (usually applying to old games) is a part of the dictionary as the oft-used “abandonware“, as are computer linked together by malware called a “botnet“.

There’s even one which strikes a chord with everyone on the web seeing dumb things happen almost in real time: “face-palm” is now a word.

Captain Picard (and Patrick Stewart) will be thrilled. 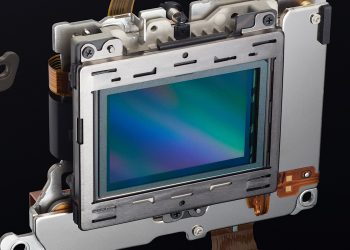 What is a full-frame camera?