You don’t need to run the Shazam app every time you want to ID a song with iOS 14.2.

Depending on what phone you use, identifying a song could be as easy as calling up the right function, rather than loading up an app.

In the world of Android, you can simply ask Google. Call up the Google Assistant and ask it “what’s this song”, and Google will whir into action to find out for you. If you own one of the Google Pixel phones, that song recognition might even be switched on at the always-on screen level, so you only need to glance down at your phone.

Of course, you can always run Shazam, but that’s an extra step, and one you might not have the time left to do, especially if you’re unsure if the song is going to end.

Over on iOS with the iPhone, it can feel very much the same, though with the latest version of the iPhone operating system, iOS 14.2, you can make Shazam do its thing without loading the app.

You may not realise it, but Shazam is owned by Apple, and while that doesn’t mean Apple will likely stop making Shazam for Android, it does mean that Apple can do some rather cool things with app and mobile operating system.

As of version 14.2, that includes adding controls for Shazam baked into iOS, which means rather than load the Shazam app every time you want to identify a song, you simply need to press on a shortcut, and Shazam in iOS will try to find the song.

But before you do this, you need to add the shortcut to iOS in the right place, so how do you do this?

How to add Shazam to the iPhone control centre

Fortunately, adding the shortcut is pretty easy, and really only needs you to head to your iPhone’s settings screen.

Head to settings, jump into Control Centre, and scroll down to the new option which won’t have been added, “Music Recognition”, pressing the plus.

“Music Recognition” will come with the Shazam logo as its icon, so you know exactly what you’re looking for. Now, jump up to your list of options in Control Centre, and you can move the option around, placing it in your Control Centre drop-down menu. 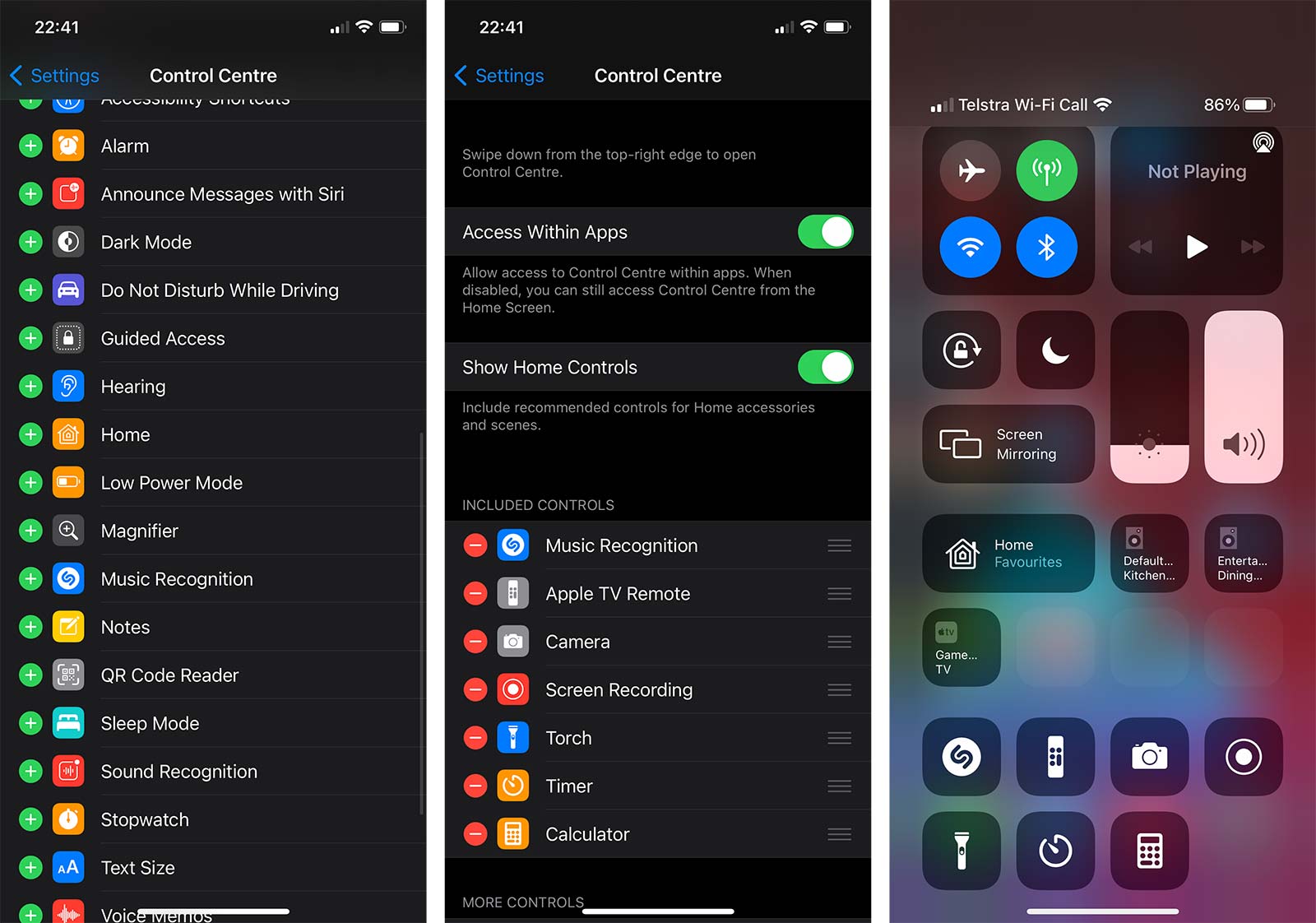 Just like that, you’ve added Shazam to your iPhone to fire whenever you want it, with the shortcut running Shazam’s song identification whenever this button is pressed.

Every time you do press it, you’ll see a note that song recognition has been switched on, and it will go to work in the background. If a song can be found (and even if it can’t), iOS will pop up in a notification to Shazam in the background.

Do I need Shazam installed for the song identification feature on iOS 14.2?

As cool as this is, it may work on phones without Shazam even installed, as Apple includes the feature in phones regardless.

To test this, we removed the app and ran the shortcut anyway, and it worked the same way.

If you have Shazam installed, you’ll have the ability to get those songs added to a playlist on your streaming provider, and to save your list in the cloud. Meanwhile if you don’t, iOS 14.2 is basically giving you a way to identify songs quickly, even if you don’t want to save a history of what you have Shazamed. 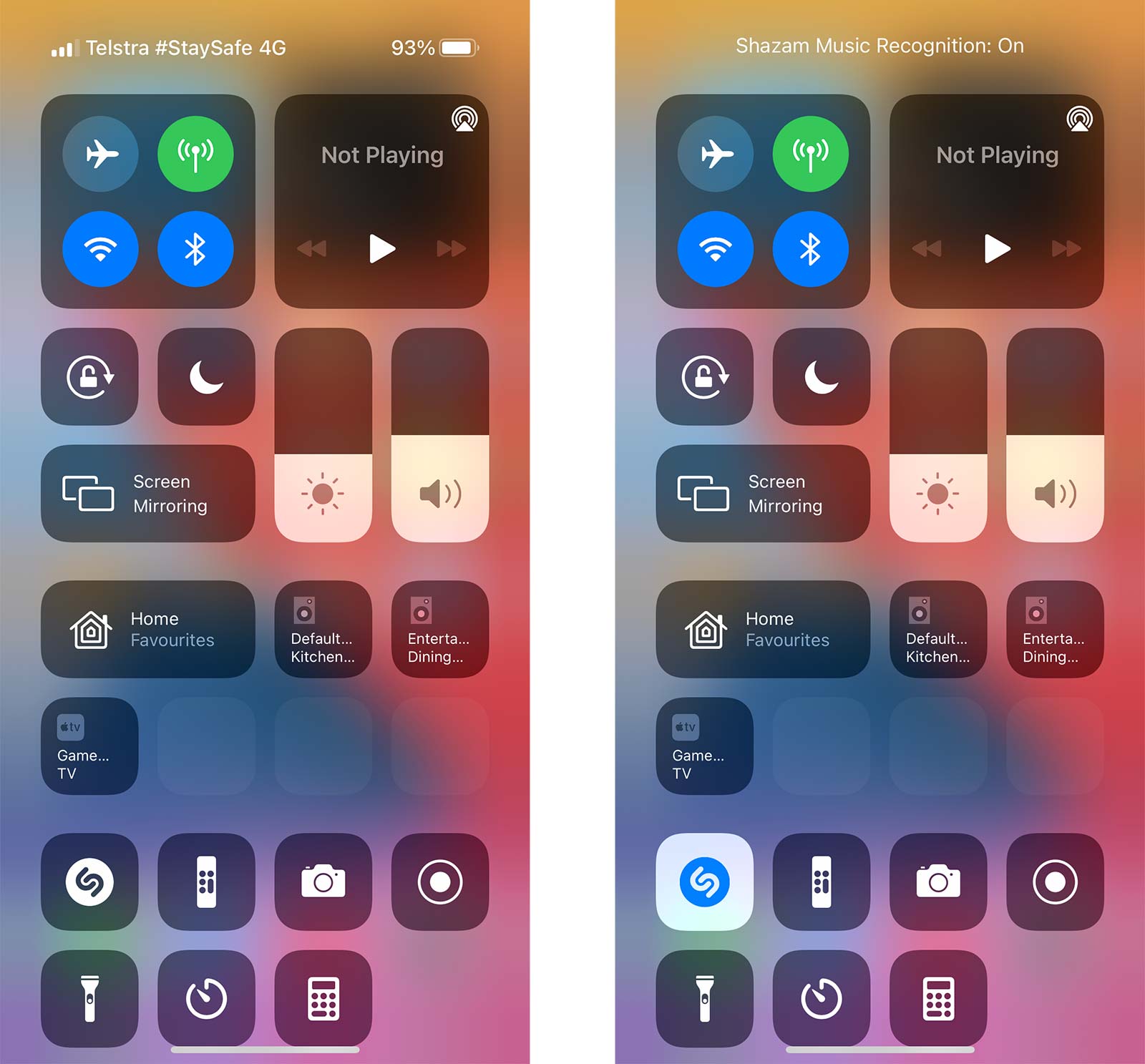 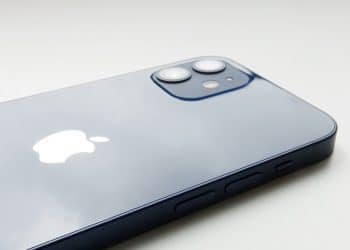