Call-back scams return (and how to identify a Wangiri)

You get a call out of the blue from a number you don’t recognise. Like most people, your immediate thought is to return the call, but in this case, you really shouldn’t.

We all get calls from people that aren’t meant for us, and while the wrong numbers have lessened over the years, they can still happen. It’s when we get numbers come in from international numbers, the thoughts can be a little more immediate.

What if the call is from someone I know? What if they’re trapped overseas?

What if it’s important?

It’s nice to want to return calls, to find out what on earth someone could be calling you for, but you could be walking into a scam, and that’s why it’s good to know why you shouldn’t always necessarily return international phone calls.

The return of Wangiri

Scammers are always looking to relieve you of your money, and while their whole business model is generally based around that — of manipulating you and your finances so that they land in their own wallets instead of yours — it means you need to remain ever vigilant.

There is an ever-growing assortment of tactics scammers and nefarious individuals are employing to convince you to give up the goods, and while the web, email, and the dodgy yet occasionally convincing SMS are frequently used, they can also just give you a call.

Or more specifically, they can give you a call, hang up, and then get you to call back.

Believe it or not, calling back lands you right in the hands of a scammer, and that’s because of the cost of various international calls.

While many of us are on plans that provide relatively low-cost pricing for international calls, there are some places around the world that can still charge up quite a premium if you call them back. We’re talking dollars per minute, not cents, and it’s here the scammers are hoping you’ll call back on.

The scam has been making the rounds over the past year, but it seems to be back in full speed, with readers of Pickr and even this writer seeing a few this week alone.

So what is the Wangiri scam, and how do you know when you’re being scammed?

What does Wangiri mean?

“Wangiri” is a Japanese term that translates loosely to “one and cut”, which in scammer-ese (if there is such a thing) translates to “calling one and hanging up”.

Essentially, a scammer using the Wangiri scam technique calls you once from an international number, and then hangs up, waiting for you to call back.

What happens if you call a Wangiri scammer back?

If you do call back the international number, a scammer will attempt to hold you on the line for as long as possible, to get as much money from you as they can.

The problem here isn’t that the scammer is necessarily calling from just an overseas number, but rather that they’re calling from a premium number.

A Wangiri scam will use a number similar to a 1900 number, except from an overseas location, so it can charge serious dollars to you, much like a special entertainment phone service might.

Essentially, if you call back a Wangiri scammer, they’ll attempt to keep you on the line for as long as possible, putting you on hold or talking to you to take as much money as possible.

How do you spot a scam call?

Working out which is a scam call and which is a real call is actually really easy.

A Wangiri scam call will usually call once, and then cut off. It looks like a missed call and it comes from an overseas destination, typically one you know no one in. Places like Tunisia and Luxembourg seem to be quite popular for Wangiri scammers, so it’s best to stay aware of the calls coming in.

Depending on how much of a speed demon you are and how quickly you answer your phone, you may find someone says hello shortly before hanging up. Don’t see this as a cue to call them back, because it’s just more of the scam.

In fact, if you see the number in your call list, block it immediately. You shouldn’t expect that a call block will necessarily stop scammers, as they’ll call back using different numbers. However the more you do block, the more you’re doing to stop Wangiri scammers from taking you for a ride.

Think of it like this: if someone really wanted to talk to you, if they really had something to say, they’d hold the line for a few rings and try to talk to you. This whole “call one and hang up” game of chicken is an easy to spot scam. 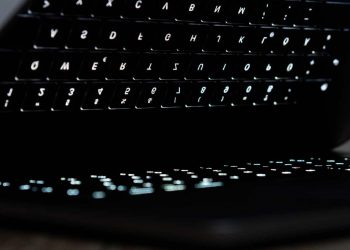